The description of AffairsCloud Current Affairs for Govt Exams As exam season draws closer, a lot of aspirants and future examineers would want to find the best sources possible where they can find the information that they need to score as high as possible on their tests. Especially during reality intensive exams such as Bank Exam, a lot of information regarding current affairs will be handed out for analysis and dissection. Therefore, it is always a good idea for anyone who would take one of these in the future to know the most recent happenstance.

The problem is, how? Current affairs are extremely diverse and most have problems compiling all of them. This is where the Affairs Cloud comes in. With a team of experts behind the app updating its repository every day, rest assured it’s going to be of great help. 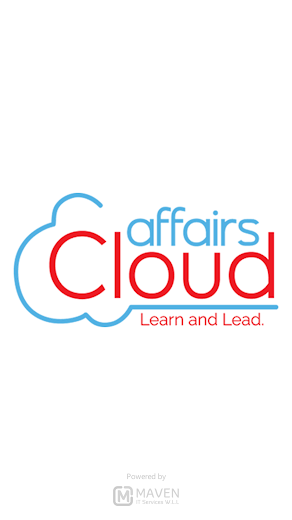 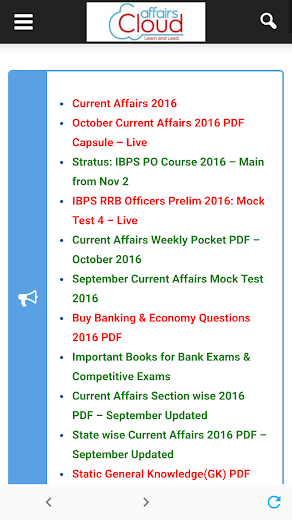 In term of design, the app does not stand out and can be considered to be bad looking. Consists of a menu bar, search bar, relatively mediocrely designed logo, and then the main viewer. Even though it is simple and does its job, it would be a relatively boring experience if you have eyes for aesthetic.

On the other hand, the app seemingly does everything that you would expect, and want it to – as well as how its developers and maintainers had described that it would do. Information is regularly updated, and can be browsed through with the menu bar, or searched using the search tool. All of these little pieces of affairs were said to be as accurate as 90% which were covered in the Bank Exam of 2016. 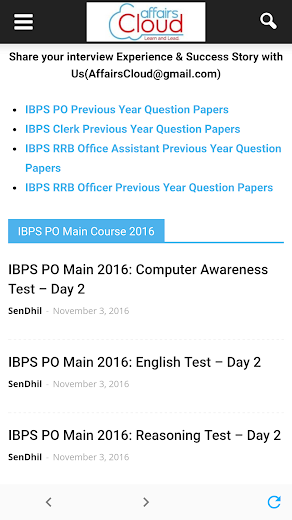 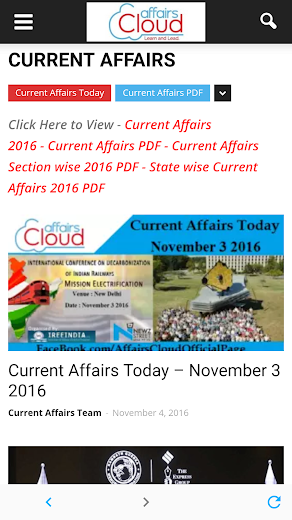 The General Awareness section that exists within the multitudinous competitive exams does weigh a great number of points, and armed with this information, it could be a great companion to you. Particularly, if you will partake in the following exams in the near or long future:

All of these tests demand its test takers to be hyper aware of the current event existed both domestically and internationally, for a wide variety of reasons. And even though there is no 100% guarantee that the app would be able to cover the entirety of the ground these tests would demand you to analyse or criticise, knowing first what you’re up against is the way to success.

Besides giving you the latest affairs, the app’s writers would also give you their own opinions and the way that they would dissect such information so as to give you the best sense and cues of what to do during the exams. Either you face the topic or not, it is always good to have ideas that you can access. 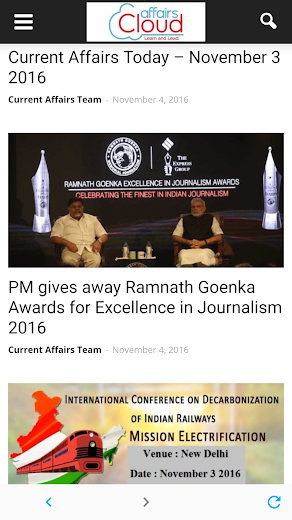 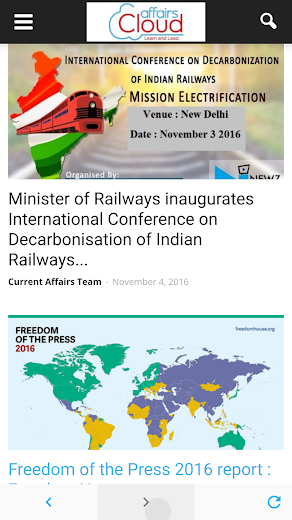 General Awareness section is a tough piece to crack, but with the right aids – such as this app, you would not only be able to make it through just fine, but you would probably even excel given the right conditions and dedication.

You can install AffairsCloud on your Android devices by going to the Google Play Store and Apkdone.com, respectively. Just download AffairsCloud Current Affairs for Govt Exams from Apkdone and install it.