Back in high school, I used to dislike PE so much, especially the jumping part. It requires a lot of effort and strength that I am basically too lazy to exercise. It is so ironic that one of my favorite arcade games is about jumping sports. Do you know that the current world record for a jump is 18.29 meters? It is pretty impressive! But have you ever thought that what would the new record be if that man had a rocket on his back? Can you imagine how far he would get?

In May 2019, the developer Kwalee had decided to launch its new game about the sports jumping. Kawlee has developed a few successful games such as “Draw It” or “PLANK!” which have been downloaded millions of times. The first time I heard about it, I did not think it was going to be so viral, and it is called “Jetpack Jump”. It is a 3D arcade game with a combination of jumping and rockets. “Jetpack Jump” is set on a sports field with a sand bunker, and a guy has a jetpack on his back. It has an odd but intriguing concept that can keep anyone’s attention for a long time.

In “Jetpack Jump”, players will become athletes who are in an intense competition with the others. All you have to do is to tap when the character reaches the take-off point and when his feet touch the floor. Finally, players will have to press to boost the jetpack, which holds the boost bar, in order to achieve the final score until the jetpack runs out of gas. The character will eventually land on the ground and slide across. Even though it is not a hard game, a tutorial will still be shown with clear steps. As you are soaring across the sky, make sure to enjoy the game as well because it is not all about the scores.

For anyone who has already played this sort of game, you may know what these games will require and how they will become. It may seem simple, but the more you play, the harder it gets. At first, you will not make it far but if you try over and over again, you can earn lots of achievements as well as money. “Jetpack Jump” is proof that it does not need a big and complex game to attract players all over the world. Remember to warm up and adjust your jetpack before the jump.

Players will be introduced to a detailed tutorial when they first enter the game. After just a few minutes, players can fully understand how “Jetpack Jump” works without any difficulty. It has a simple control system with easy-to-play rounds for a short amount of time. It also includes a bar of progress and score during the entire round, which is extremely helpful.

You might be curious if a jetpack has anything to do with jumping. I do not know either. But that is what makes this game so unique and addictive. Believe me when I say the gameplay is absolutely intriguing even with a basic game concept.

“Jetpack Jump” has only one activity which is the “triple jump”. The activity is set in an Olympic arena with judges, flags, and audiences in the background. The aim of this game is to get as far as you can by using your skillful techniques. Each attempt only lasts for a few seconds or minutes, so you do not have to sit and wait for a long time. After each attempt, players will be rewarded coins based on their performances. Coins can be used to purchase upgrades such as additional jumping height or jetpack.

In addition, to encourage players during the gameplay, they will get a “perfect” flashing on the screen when they get a perfect take-off. And the mobile device will vibrate when the character touches the ground. They are small details, but it is absolutely delicate of Kwalee to add them into the game. 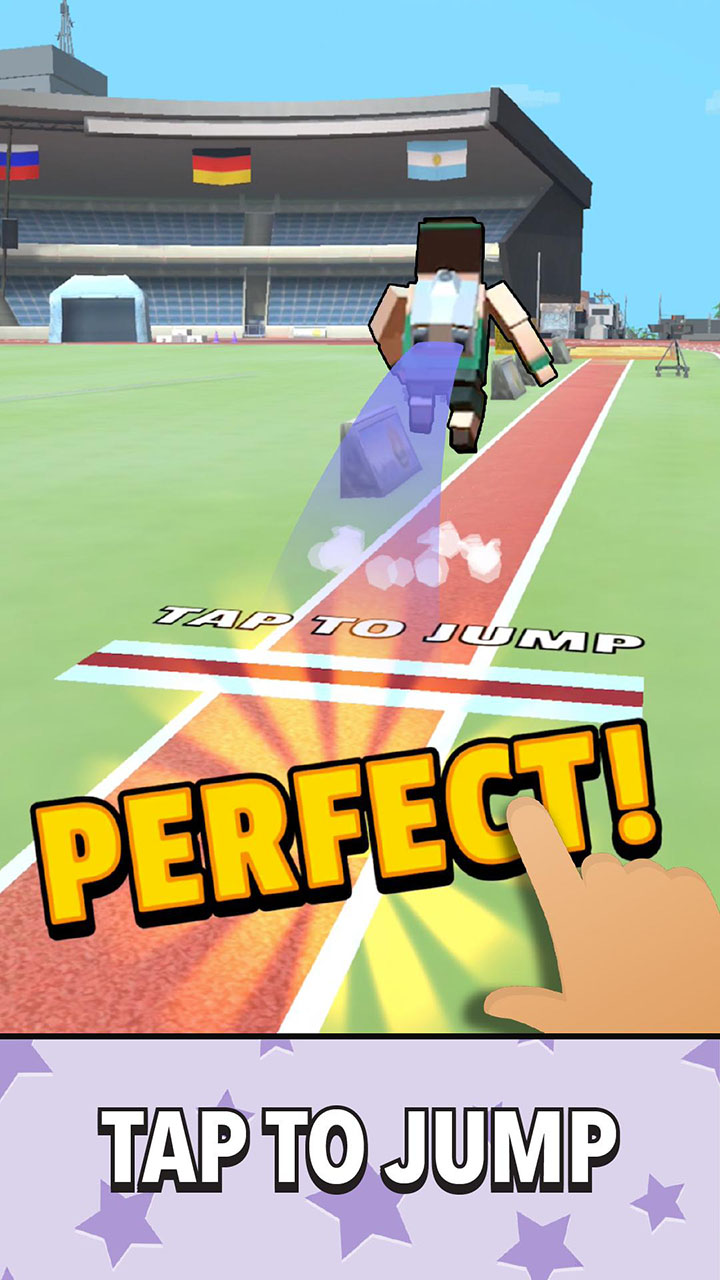 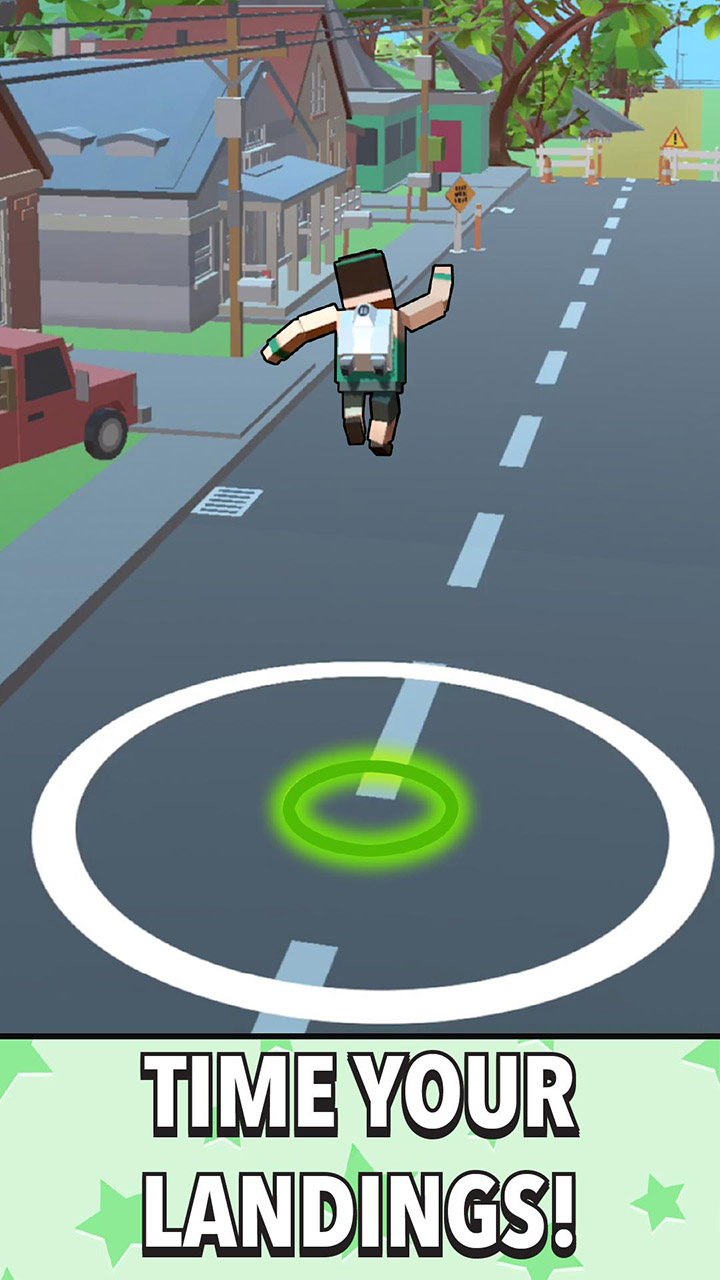 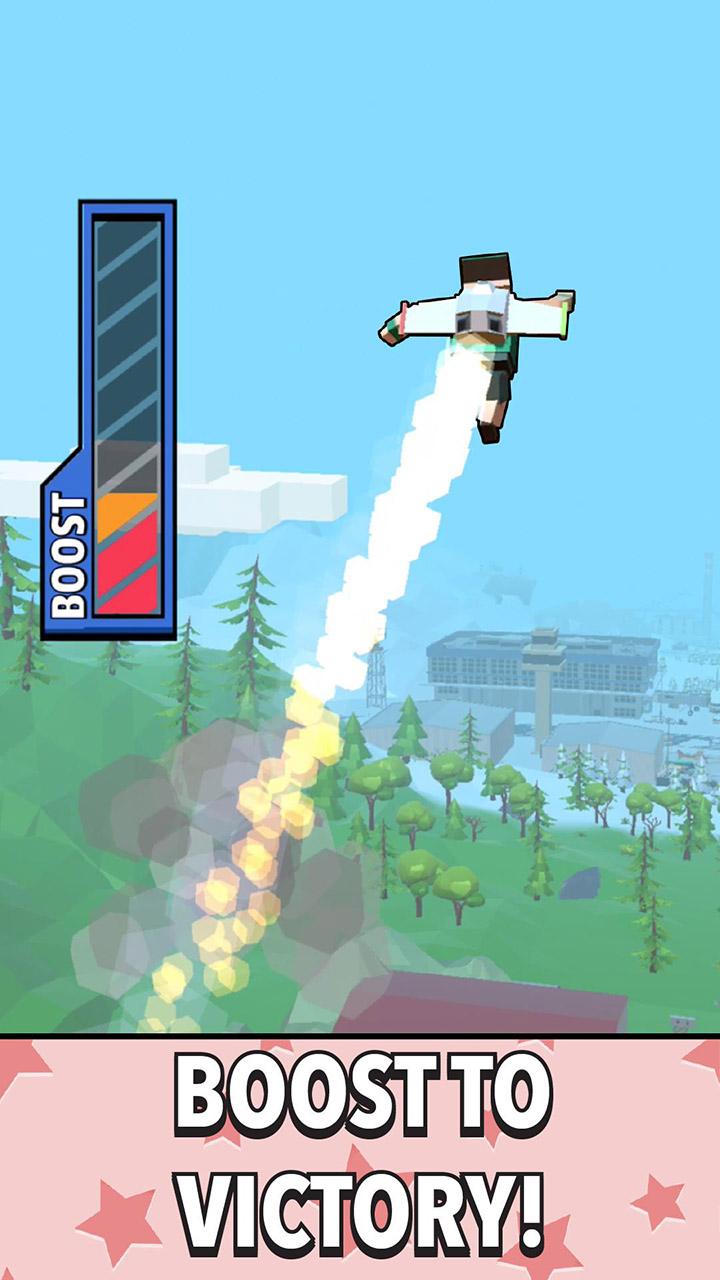 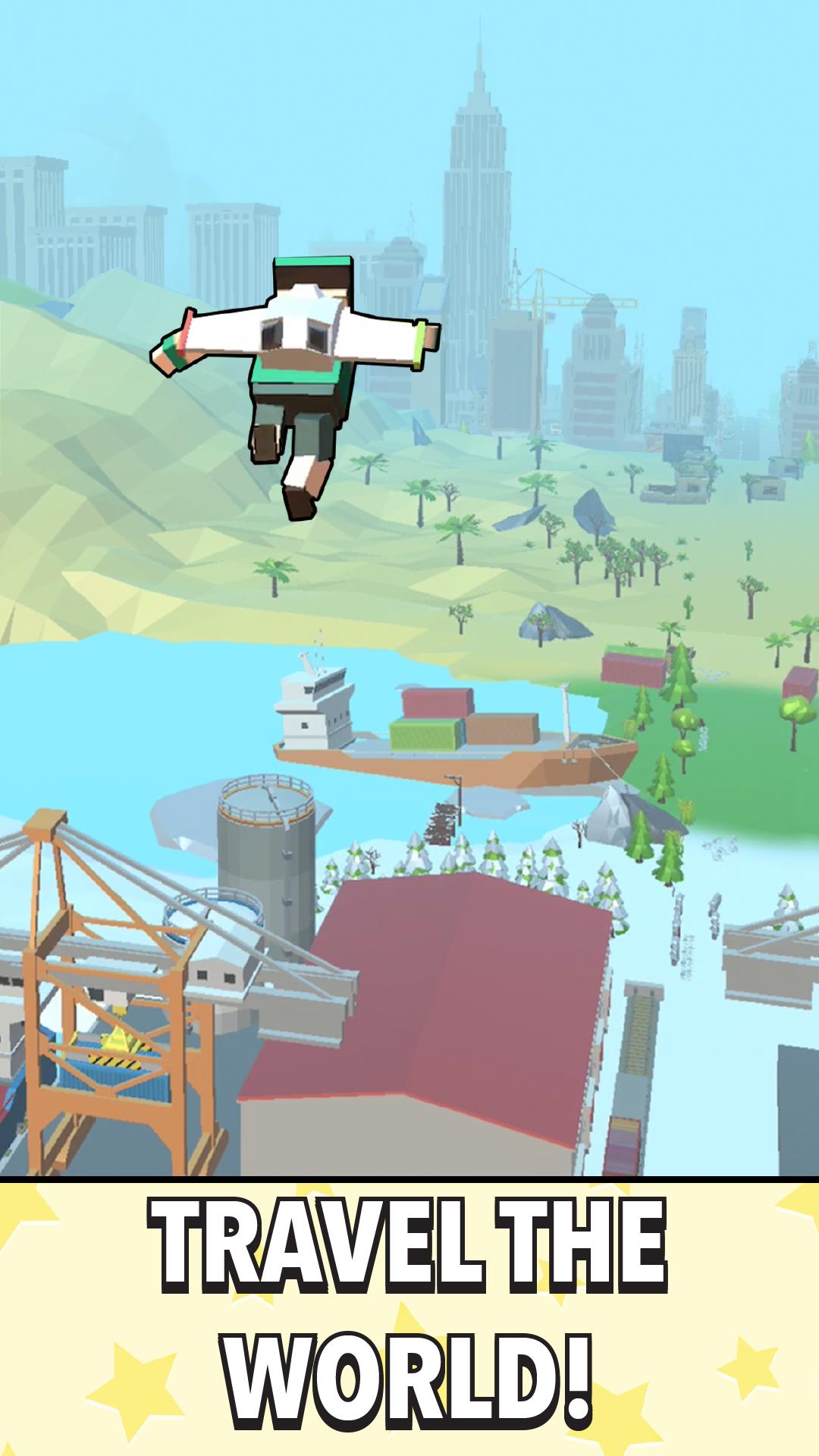 As I have mentioned before, players will earn coins by completing attempts. The further you land, the more money you will earn. There are numerous upgrades to keep you boost your game. These coins can be used to purchase new equipment or upgrade the boosters, such as jump, jetpack, or offline earnings, which helps you collect coins even when you are not inside the app. The higher the levels, the more you have to pay, but the more efficient these boosters will become.

There are a few tips after you upgrade your boosters. First, you should not use all your energy on your first jump as if you wait too long, you may pass the red line and will not be able to do the initial thrust. Second, you should activate your offline earnings as you will receive a lot of coins as I have mentioned above. Third, your earnings should be invested in new equipment because you can improve the skills and jump higher.

To make “Jetpack Jump” more interesting, a list of stunning costumes has been added to the game. Now, players can purchase different appearances for their characters and start jumping to show off their unique outfits. Remember to spare some coins for these amazing outfits!

If you are a busy person but still want to enjoy the game to the fullest, lucky for you, Jetpack Jump Mod APK has the unlimited coins feature! Feel free to purchase anything you like without any hesitation. Unlock any costume that you prefer and upgrade boosters that you need to the highest level!

“Jetpack Jump” has 3D graphics with stunning backgrounds and colorful details. Everything is well designed with simple but addictive gameplay. Some may even say that it is designed based on “Minecraft” – the world-famous game of all time. Besides, “Jetpack Jump” has a steady framerate without bugs or glitches. The music and sound effects are neatly made.

Thanks to its addictive gameplay, “Jetpack Jump” keeps players coming back and attracts new ones. There is no doubt about its fame since “Jetpack Jump” is such a worth-playing and enjoyable game after a long and hard day.