If you are the host of the Wifi and you find out that the Internet has been slowed down or has a suspected malicious actor. In this case, you might want to manage and control Internet users who are using your Wifi to save your Internet data, faster your Wifi speed, and at the same time, be protected against spoofing attacks.

NetCut, which is created for such aim, is a Wifi manager tool for Android users from which you can see devices connected to your Wifi and disconnect them from the network.

You can easily download this application directly from the developer site Arcai.com for free with necessary features for Android users. Its Professional version – NetCut Pro is a membership-based software with unlimited features which can be purchased at a reasonable price.

Let’s dive further to find out more information about exciting features of this application with our full reviews on NetCut.

As the name of the application to cut the net, NetCut helps slow or reduce any other users entirely from the Internet either by downloading via a PC or Android gadgets. NetCut also helps users see the IP address and name of any device connected to your Wifi as long as you’ve used this application.

For such features, you can see if your neighbor is leeching off your Internet and stop using it. On the other hand, the application can be used as a tool to detect any attacker using your network.

Below are detailed features of NetCut that you might want to know more by:

Detecting all network users in Wifi

To start with, you will become able to see visitors to your network system by using NetCut, including unknown guests who have been on your Wifi. Such users have the full details of historical records of who/when/name/brand using your Wifi and period of logging in and out as well as chart report by brand.

The application will display a lot of information such as IP, device name, time in and out, and area in the “Record” Tab that you can see “visitor” users in the Professional version.

You will also be able to give users easy to remember names by pressing on any network user to input name for the user in a pop-up window. 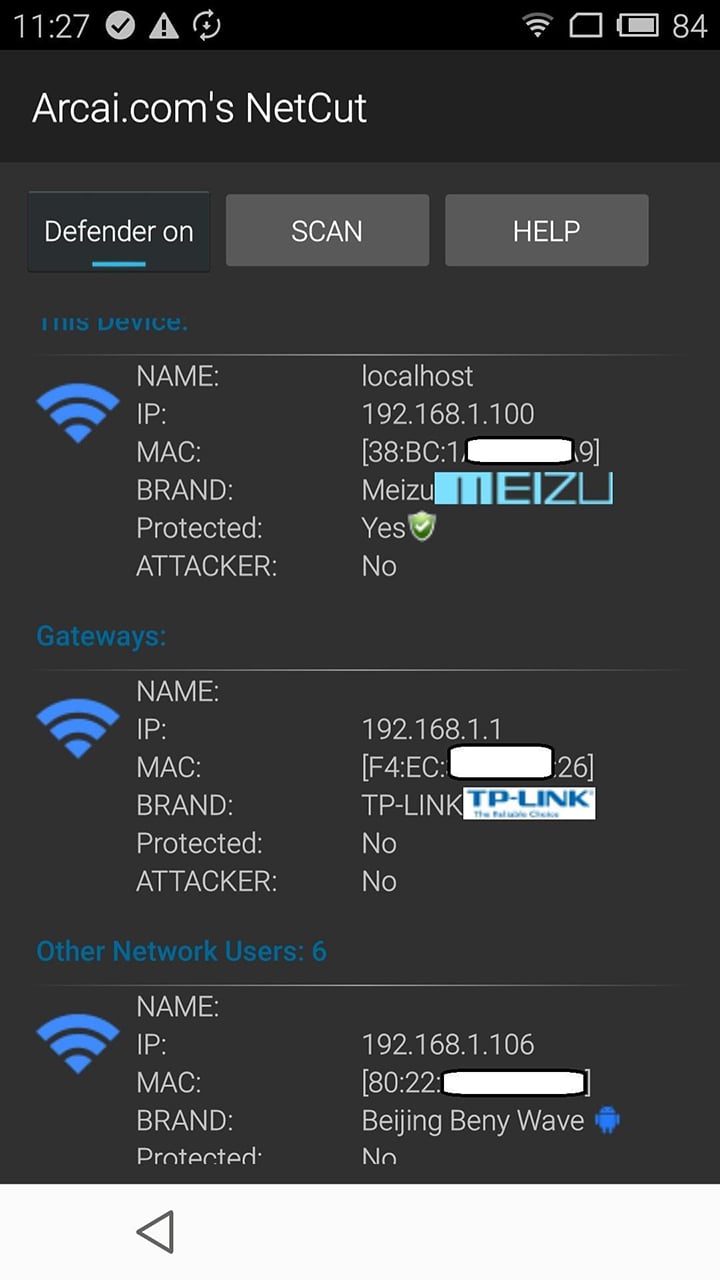 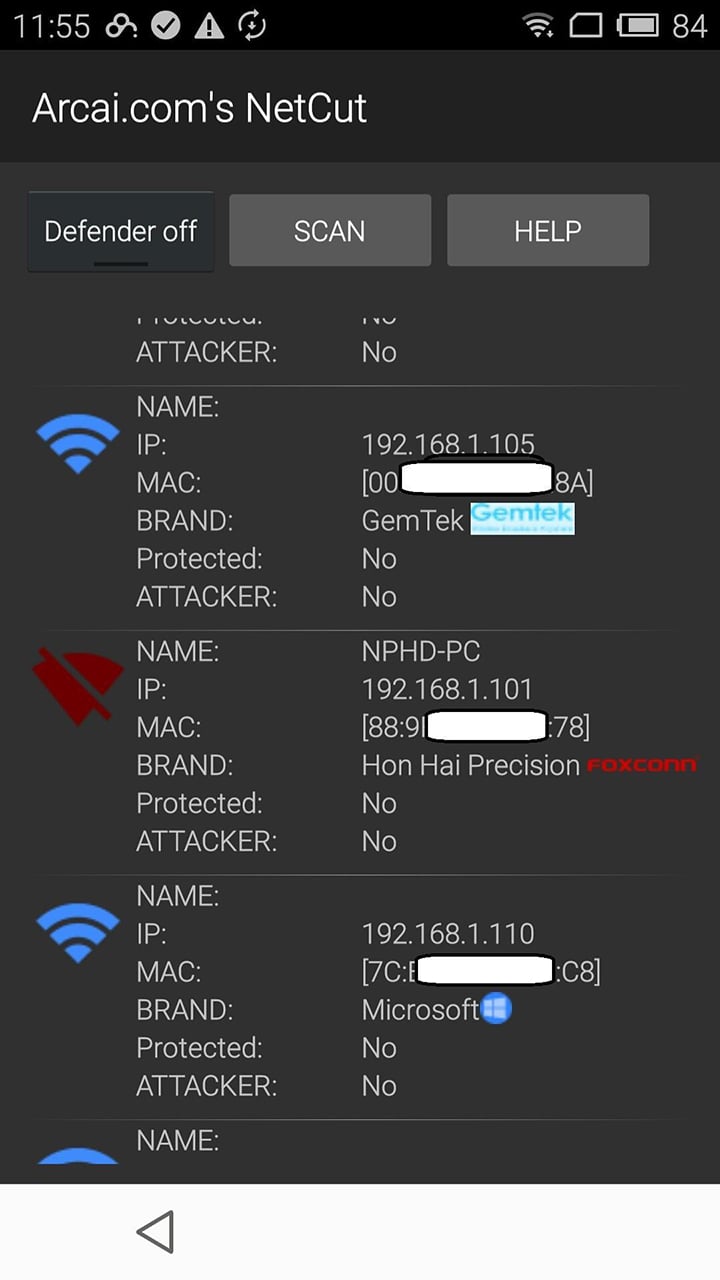 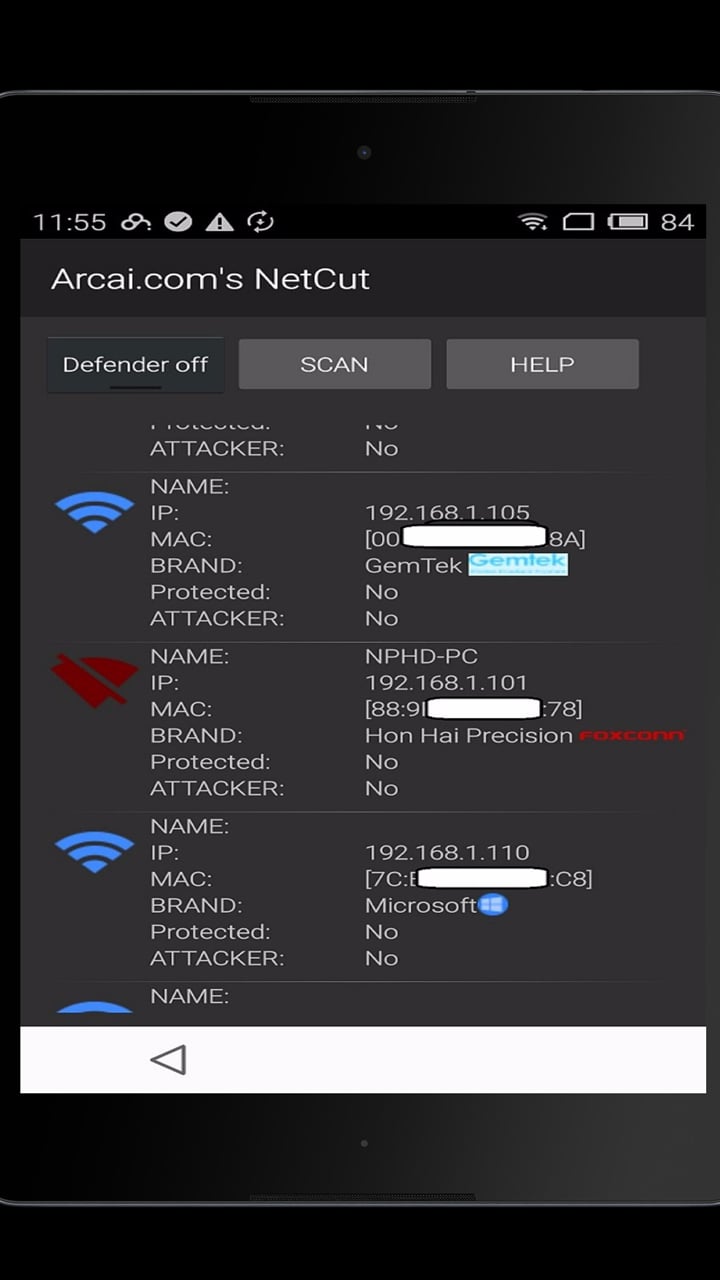 Control status of any network users of all devices

With the Professional version of NetCut, you will be able to control the Internet speed of network users. Equally important, you will also have a chance to set the online or offline status to any gadgets connected to your Wifi like phone/Xbox, PS3, PS4, softphone, etc. And if you want, you can block Internet accessibility for any of those specific devices using this app.

More interestingly, you can also lock your Wifi in “Customers” Tab to stop any new users or devices from accessing the Internet, that said, you can block all devices. Likewise, it can release the lock to resume reasonable Internet access by only one click.

Then again, you will also experience another powerful feature of the software to schedule offline, i.e., set the beginning and finishing time that users can access the Internet. Such a function might be useful for parents or admin to control internet usages of members like children or the organization’s members, respectively.

NetCut can scan the network when you feel that there are users on a network, but you are not aware of it. Thereby, if anyone tries to spoof against you through a local area network, that said, you will be able to detect his/her from NetCut directly.

To control the network more strictly, the NetCut version by Arcai.com has functions to slow or fast scanning all network users. The slow mode is applied for a system with high data traffic while the quick way is used when you would like to scan at ultimate speed.

When you launch the application, it automatically scans the network that provides you a list of connected users’ information; thereby, you can identify the type of users in your system. At this step, you can enable the Defender option in the background by turning it On to discover a web host with Attacker: Yes of any IP or gadget to block them from Internet access.

You can choose to blacklist the users that you do not want to involve in the network. In order to do so, you can proceed between three columns: blocked (blacklist), trusted (whitelist), and others by drag-and-drop actions in the “Customers” Tab of the software.

On top of that, you will be able to change MAC address of the network randomly which creates an extra layer of security for  under spoofing attacks by Netcut.

As the basic configurations of Netcut for the PC version or Android gadgets, you are able to control all connected users within LAN in the “Choices” Tab. NetCut Pro version allows you to “Trim influence gateway and user” to cut off the network between two network users within LAN. It completed this task by merely setting one user as “gateway” and cutting off other users, such as Apple TV, Xiaomi box, Google TV, etc. to disable screencasting like features.

For those who are interested in this powerful network management tool, the good news is that there can be a free of charge NetCut version. If you are interested in its higher version – NetCut Edition with more functions, the membership fee is only 2.99$ per month or 29.9$ per year and can be used between Android and Windows. Somehow, the price is affordable for users who want to obtain system monitoring that shields against called spoofing assaults of any malicious actor, and at the same time, manages the use of other network users.

As an easy-to-use application to manage network users, NetCut Pro APK is undoubtedly a useful type of software for users to secure their Internet usage and save their data.