AdVenture Communist is developed by Hyper Hippo Games and is considered as the sequel of AdVenture Capitalist. So, it is clear that this is also an idle tycoon game. The game’s goal is to produce as many products as possible, and you can own more things. Coming to AdVenture Communist, you not only enjoy the same gameplay, but you also have unlimited gold.

In other words, the hacked version helps you in terms of money. If you do not have enough resources, you will not have to be worried as this hack accommodates you with plenty of them. This seems to be the most remarkable part of this version, and you will be more relaxed when you do not need to spend any penny to avail of this privilege.

The story of AdVenture Communist is not different from the original version. When playing this game, your primary duty is to grow potatoes as much as you can as the path to your glory will start with glorious potatoes. By and large, the mechanic of this game is relatively simple. Besides potato farming, you also have to manage your resources, which are the production of different state resources, including weapons, ore, land, potatoes, and medicine.

To create one of those resources, you just click until you fill-up the upgrade bar. And once you read a particular value, you can redeem to raise the multiplier of resources each time you click. Furthermore, to get rid of clicking many times, you can hire some workers. There is another base resource known as Comrades, and it represents the number of workers you can have. And you have to buy these specialized workers, so they will obtain the resources automatically. 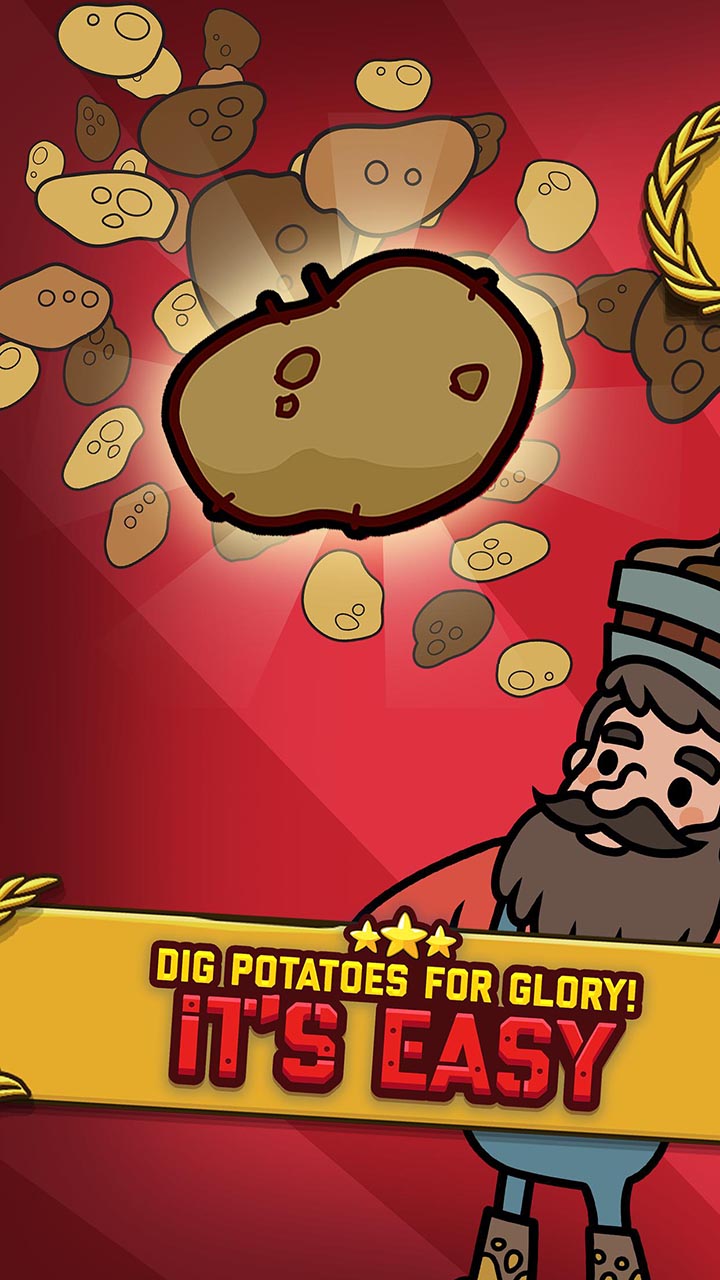 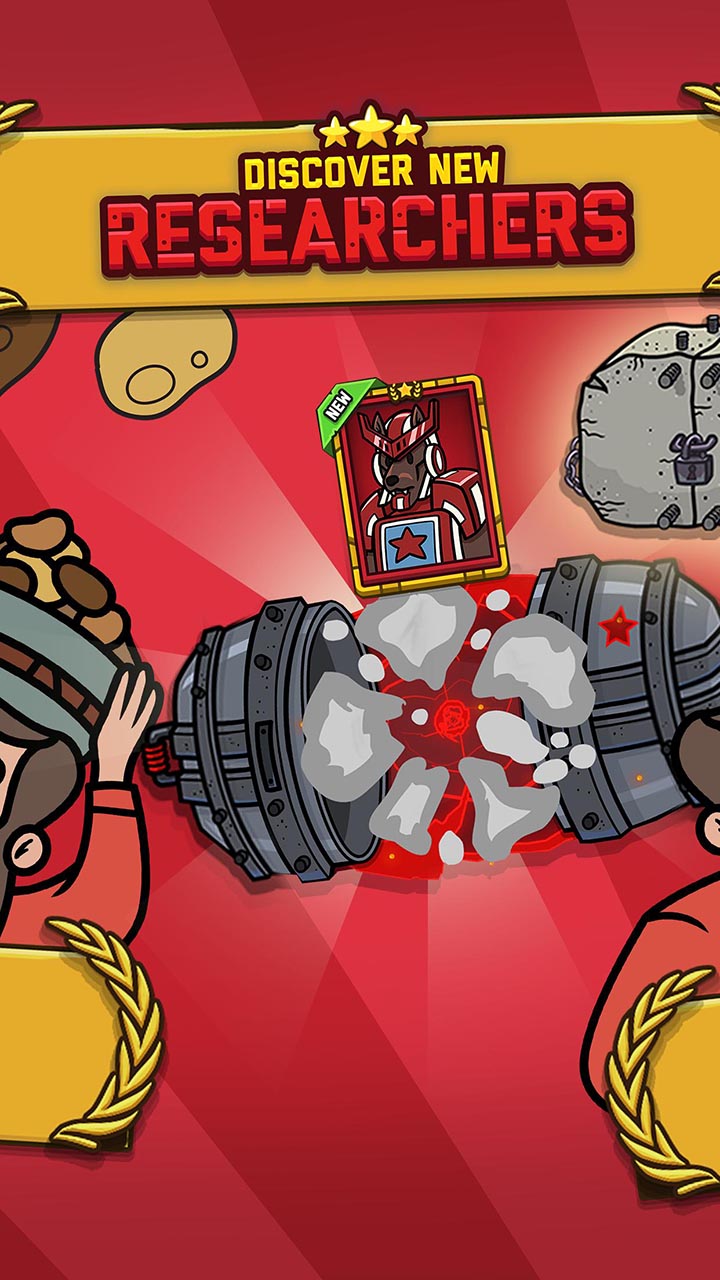 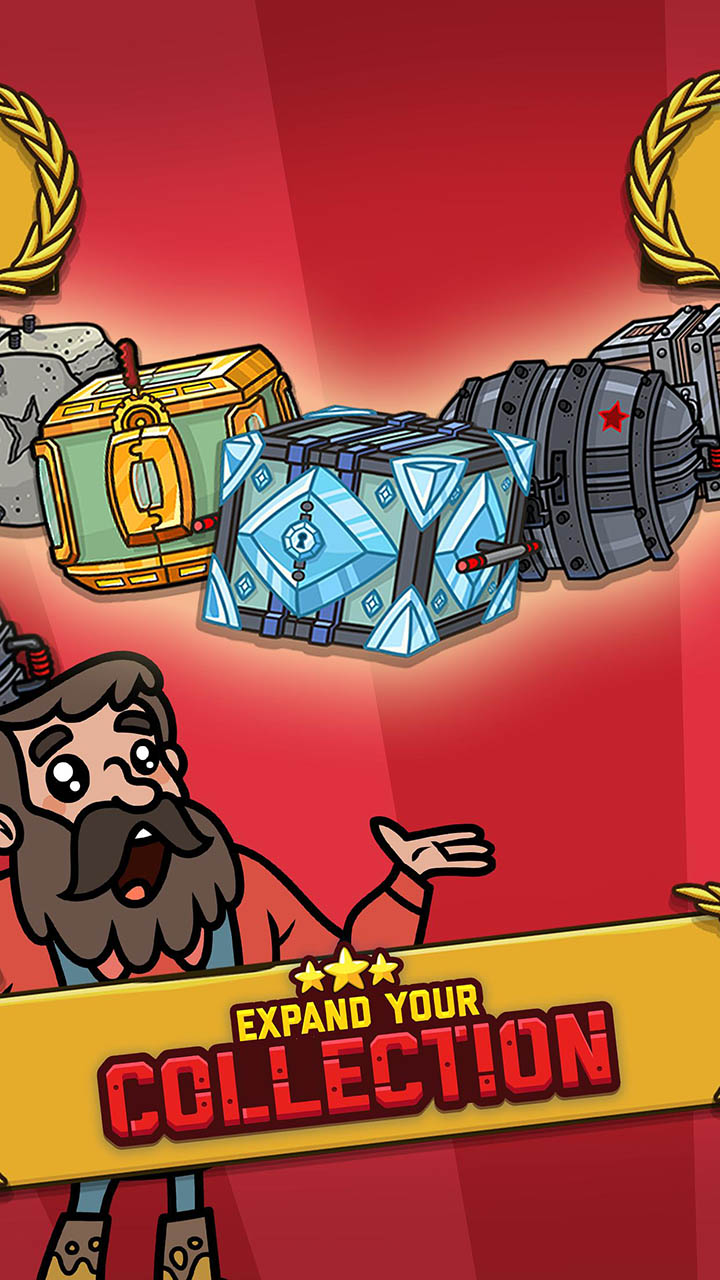 This feature is one of the most crucial resources. It came out with an updated version of 3.0. When your rank is higher, the mission will be exponentially harder. In this case, you have to collect and promote researchers as the ranking will not increase the industries’ production. There are about 96 researchers in this game, but you can unlock only 93 of them. The remainder can be unlocked at the rank of 115. Remember that five researchers can only be obtained in events when you reach thresholds. To unlock more researchers, you have to rank up by completing missions.

Similar to other games, missions are tasks provided to players to complete and get rewards, which are usually the Capsule. Every time you complete a mission, you will receive a Wood Capsule or Stone Capsule. After finishing a certain number of missions, you will reach a new Rank, and you have a reward of Silver Capsule. Sometimes, the rewards from missions are Gold or Science. The types of missions can be traded, unlock industry, collect cards, collect resources, collect science, promote researchers, or spend science. 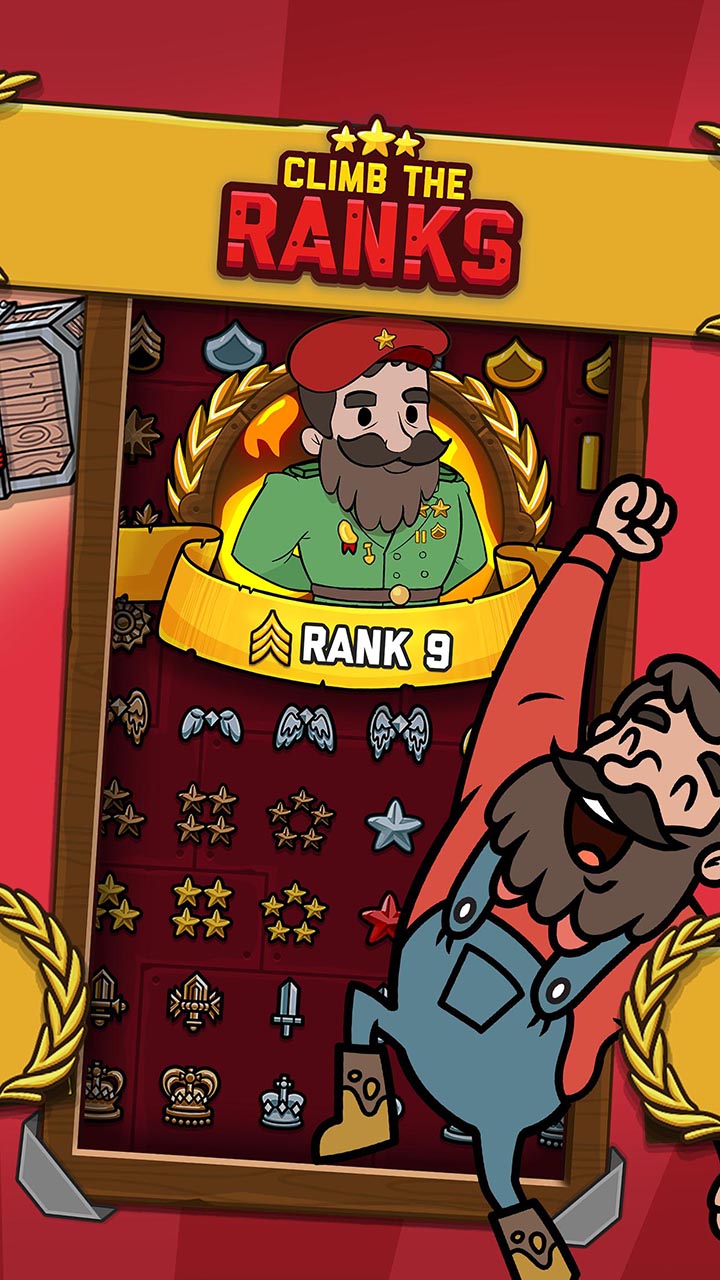 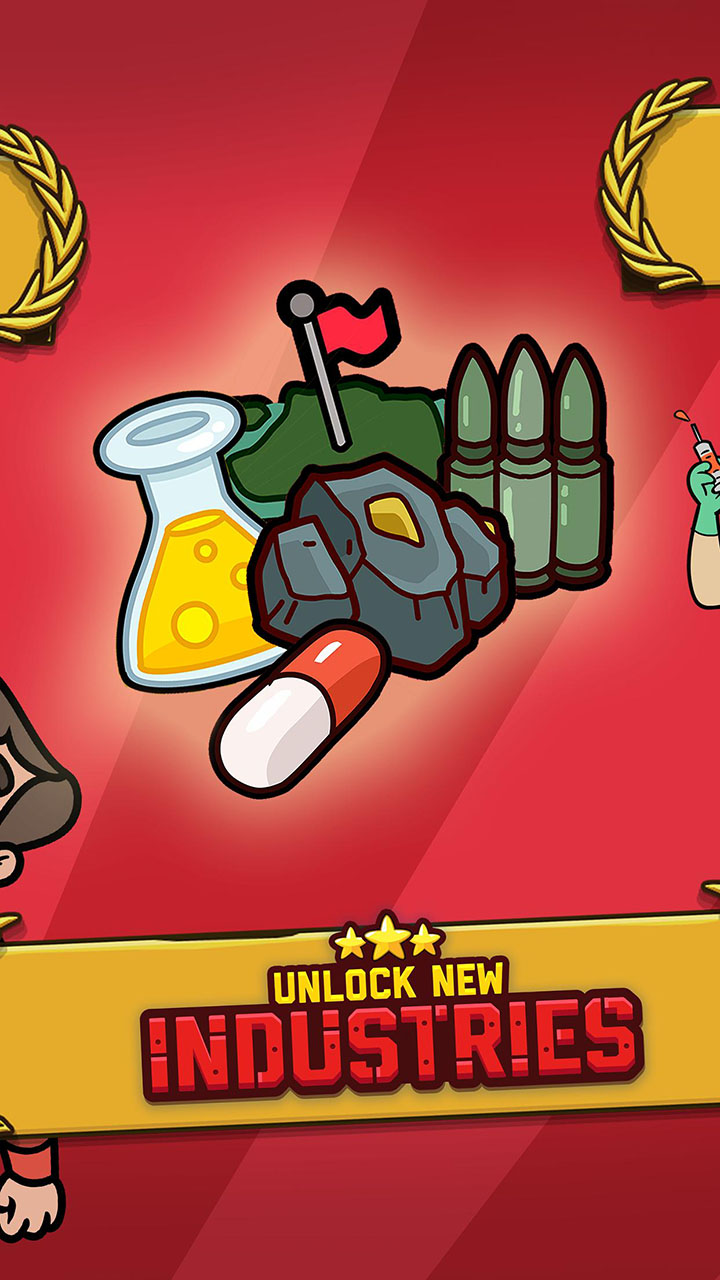 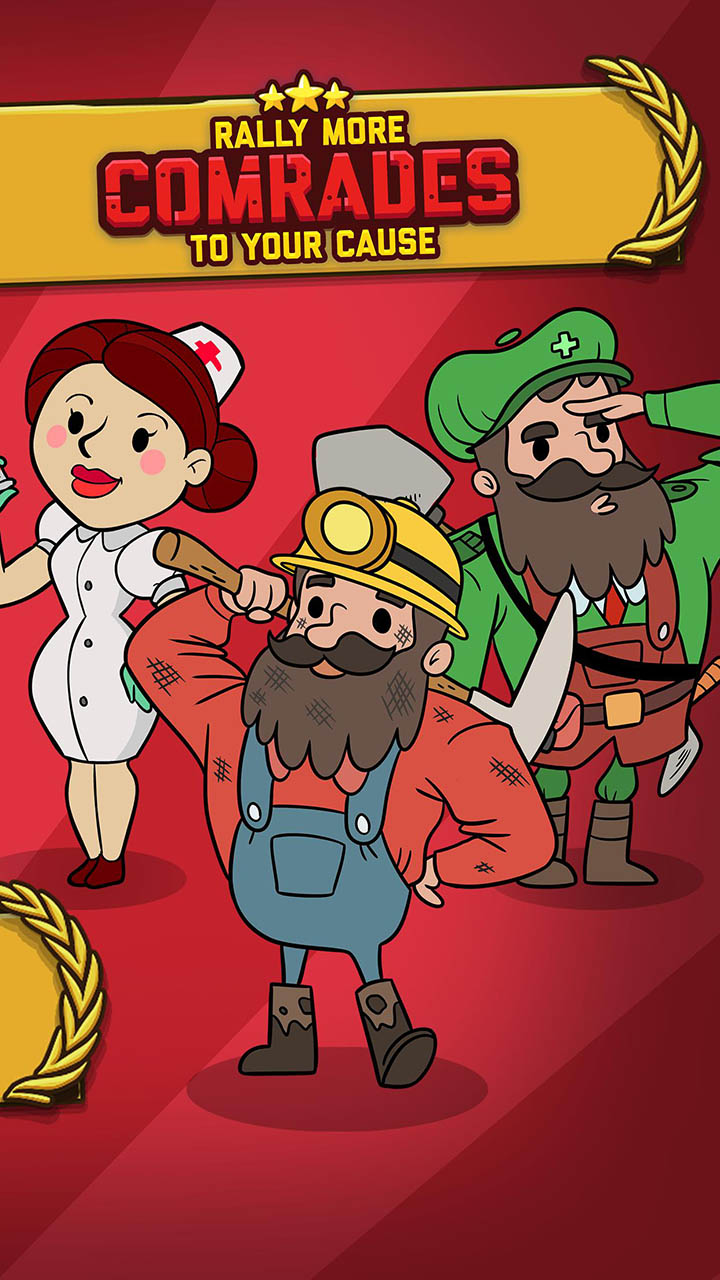 Rank is used to measure the progression of each player in the game. To rank up, you are required to complete some missions, usually three. The benefit when leveling up is that all mission rewards and unclaimed science are automatically collected. All resources except Farmer are removed and all industries except the Potato lock.

A trade is considered as a means of increasing the production rate of Comrades. Trades are highly crucial as the production resource needs Comrades to construct. The Comrades are also used for reaching higher industries as well as building high tier resources. There are five industries in total so that there will be five Trades available to buy. Each Trade requires a specific amount of a base resource, and this base resource will increase when you get the successive trades in a similar industry.

As mentioned above, capsules are rewards, including Gold, Researcher cards, and Science. They have various rarities, and you can get them through mission rewards, event rewards, free capsules, or Shop purchases.

The Airdrop does not usually appear in the game. It is viewed as a periodic occurrence. When it appears, players will get bonus Resources, Science, and Comrades. There will be a plane flying from one side of the screen to another, and players have to tap on it. Sometimes, the airdrops will be given by a boat or by other aircraft, depending on the current event.

A Variety of Events

Usually, a player taking part in an event has to complete a mission, including 21 ranks. Each event has different requirements for industries and researchers. So, you should make sure that you boost enough strength for your researchers to get as many rewards as you can.

How Does The AdVenture Communist Work?

You can follow these steps to install the hacked version on your device. First, you click the Online Hack button. Then, you go directly to the website hack and submit the required information. After that, you choose to Generate and Verify to activate the installment. Finally, you just complete one offer and receive rewards.

What Should I Spend Gold On?

The best way to use your gold is to purchase the periodic Supreme capsules whose prices are 750 gold. On the other hand, if you can invest in events carefully, you are likely to get 40% more Supremes per gold. To do that, you have to buy the precise Supreme you want in the Shop for 40k and aim for science rewards.

What Can I Get After The Event?

As said before, you will get rewards after beating each event rank. Then, you may reach a particular leaderboard milestone. The future event will not save your progression or resources earned.

Do I Have To Complete All Missions Before Levelling Up?

It depends on you. In other words, you just do what makes you fun. There are some arguments about this question. Several people believe that there will be no advantage of staying as the higher ranks give you more rewarding capsules. However, others say that they can use strategy to get higher researcher levels.

How Often The Supremes Appear In The Shop?

The Shop will refresh every 8 hours. There is a chance of 20% that the Supreme shows up in the bottom-right for 1.5k gold. And only 12% of opportunities for Supreme to turn up in the bottom-middle for 40k Science.

Generally, AdVenture Communist is used to enhance the game’s enjoyment. To be more specific, the hacked version will generate Gold as much as you need. Besides, it does not occupy much of your device storage or contain any malicious programs inside, which can keep your device safe. Although the hacked apk seems to be advantageous, you should not overuse it to avoid detection from the server.