As the animation content production center is in Japan, the overseas copyrights of many animations are very scattered. The foreign media TheVerge said that as long as you subscribe and pay sufficiently, you can legally watch almost all animation content, and it is only a few hours after the Japanese TV broadcast. And up-to-date, they will be online in streaming media.

What is the reasonable subscription price? Adding up the members of several mainstream American streaming media such as Crunchyroll, FunimationNow, Netflix, Amazon Prime Video, and HiDive that broadcast Japanese animation, the total monthly fee is $43.25. And the animation content played by these different streaming media applications has almost no overlap.

So, if you are looking for an enjoyable anime series or in need of re-watching your preferable old anime since you were a kid? Funimation Mod Apk will not let you down.

Funimation is a leading anime-maker and delivers hundreds of subtitled anime to foreign viewers from walks of life. Funimation distributes numerous Japanese animations to well-known streaming services, especially in the United States of America.

Funimation is also one of the largest North American-based anime streaming websites that will make your anime experience even more prominent. It’s not just an anime streaming app, it’s easy to get all the latest details about anime series, anime games, guides, trending anime movies, popular anime shows, and home videos.

Funimation Mod Apk is entirely free to use and can access anywhere on your mobile. The ultimate purpose of this app is to create the most immersive experience in the booming anime entertainment world. This app requires you to sign up to purchase the latest content and keep you informed.

We also know Funimation as an online ecommerce store where you can get cheap commercial stuff. The mass collection of anime series, reading manga stories, buying anime-related accessories, beautiful interface, and combination options are the most prominent features. Try it, and you will enjoy it! 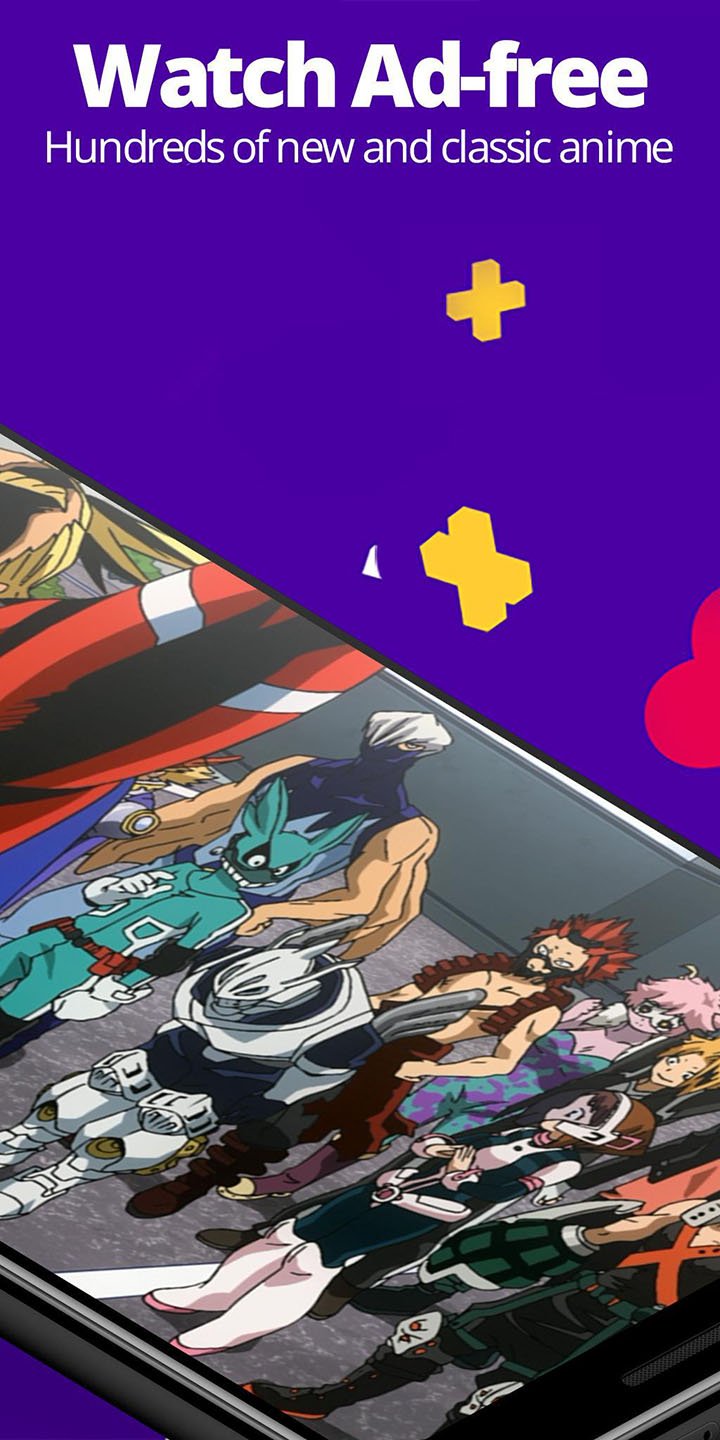 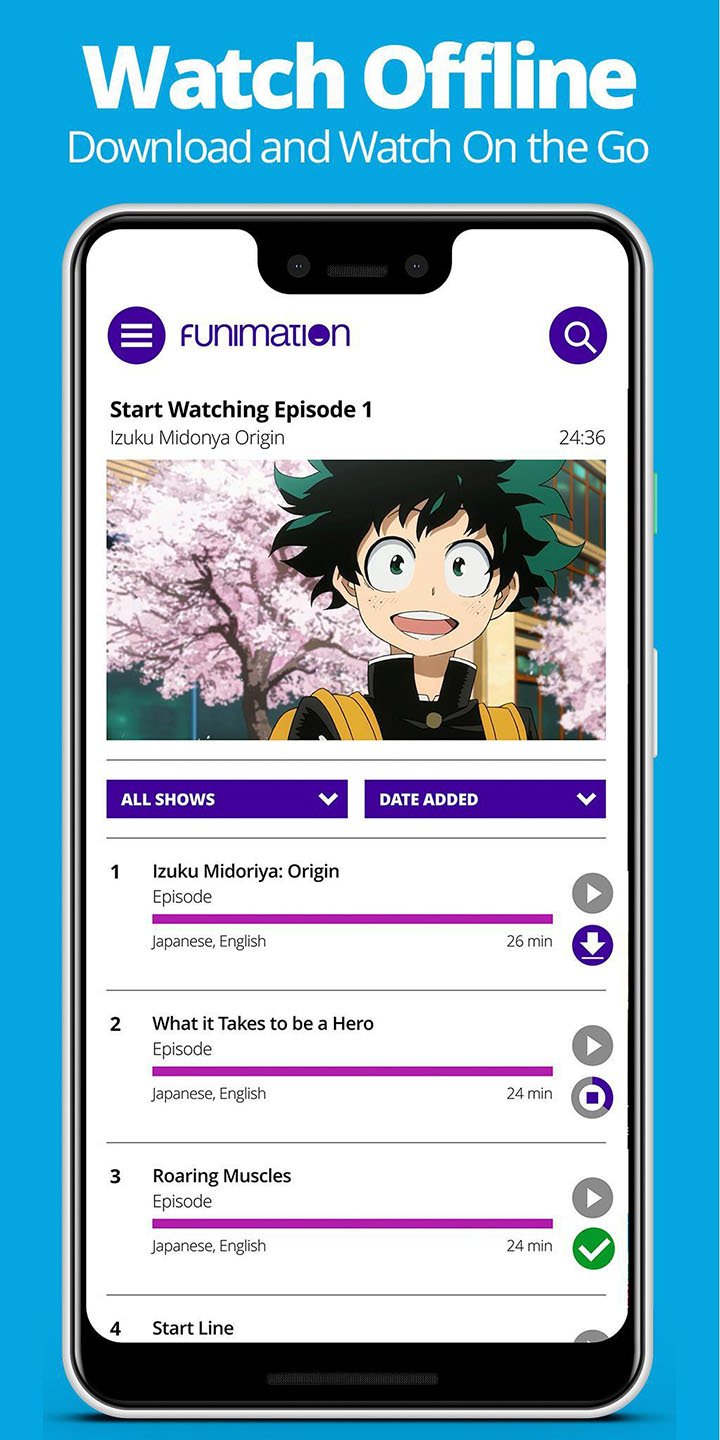 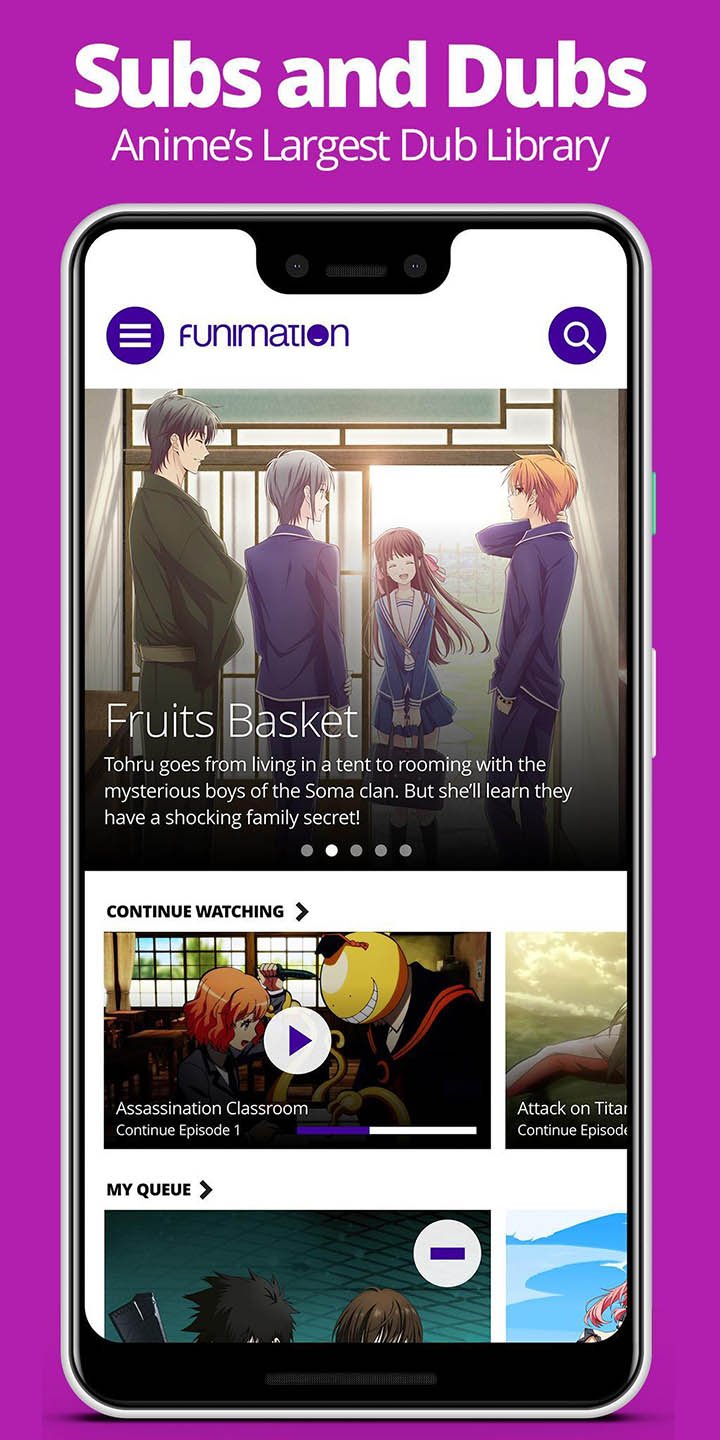 Funimation is a premium streaming service that allows users access to the entire Funimation diversified collection. Subscriptions also include access to the full list of out-of-the-box simulcast programs in English dubbing.

Funimation offers most anime to the site with free or paid membership. It features almost all the anime they offer on their website. Funimation applies for Roku, iPhone, iPad, PS4, PS3, Android, Xbox 360, and Kindle Fire. The Xbox One app is coming soon, confirmed by the founder. Funimation has three types of membership.

Like Crunchyroll and Daisuki, you can stream a limited amount of content on Funimation without creating an account or paying fees. Free videos are just an insignificant part of the material, which runs in SD quality and contains advertisements.

The Premium account on Funimation can unlock access to all 400 TV shows and over 80 feature films. You can play high-definition (up to 1080p) without advertising, and you can stream programs to multiple devices. Paid subscribers can also access simulcast programs and simulcast dubbing.

If you are not sure whether you want to try it, you can use a 14-day free trial account for the service. Please note that you must submit a valid payment method (credit card or PayPal) to create an account. Canceling an account is as easy as clicking a link. So, the risks involved are minimal.

Funimation provides major programs and sub-broadcasts. These films premiered on streaming services shortly after they were broadcast overseas. The hookup lineup includes D. GrayMan, Saiki K’s disastrous life, Izetta: The Last Witch, One Piece, Puzzle, and Dragon, etc. It is one-tenth of Crunchyroll’s hookup section, but it is the same size as Hulu’s hookup set. Funimation also provides fast-turning English dubbing, usually two to four weeks after the broadcast. If you don’t like subtitles, this is a fantastic service.

Funimation is the genuine source of animation, providing nearly 400 series. It covers newer, popular series and more obscure series, and will also attract a niche audience. It also has a deep catalog of old programs, such as Bubblegum Crisis, Cowboy Bebop, Dragonball Z, Trigun, and Escaflowne Vision. There is some overlap with other streaming services, but this is an interesting product.

The service also has 81 feature films, including some live-action movies. It surprised us to see that it included ancient Akira. Funimation also provides videos for popular long-term series (such as the Tenchi series). Although Hulu has hundreds of anime series, it is difficult to tell its anime movie collection scale. Hulu also offers a variety of imported Asian movies and art cinemas, which goes far beyond any content provided by Funimation.

At first glance, the Funimation website seems to be as busy and messy as Crunchyroll. But once you enter the site, you will find it easier to use Funimation. The tab at the top allows you to go directly to the Streams or Funimation store, which sells a variety of goods but specializes in Blu-ray collections.

You can break down streaming content such as using the labels for “programs” and “movies”, and there is also a standard search bar. However, once you click on any of the options under “Streaming,” a more powerful search tool will appear. You can sort by title, language, rank, genre, popularity, year, and access. We haven’t seen this option in other streaming services, a boon for anime fans are under-funded.

Despite its outstanding performance, we cannot compare Funimation with Crunchyroll. Crunchyroll has over 25,000 episodes and covers a series of titles, almost double that of Funimation. Crunchyroll has always done better in the updated anime series, and there is no classic backlog of works.

Although Netflix is ​​the preferred video streaming option for PCMag editors, it may only have a minor part of anime. But they have also expanded it into the original content of anime shows such as Seven Sins and Voltron.

Crunchyroll’s most significant disadvantage is that its search results contain useless Wikipedia-style pages to display content that is not actually in its catalog. Funimation is more modern. If the program is not available, you can tell from the result bar.

When searching for Neon Genesis Evangelion, you will connect to a page where you could buy a copy of the show’s Funimation on Blu-ray, even if the show cannot be streamed. Although streaming will be good, it is still a useful and relevant result.

Funimation is an excellent service at a reasonable price. It has many recent series, lots of old shows, feature films and the best search system we have ever seen. You can also use it on various platforms and devices, so you will never have it.

Compared with the significant number of contemporary performances in the animation streaming service Crunchyroll, its entertainment can’t be compared with the large simulcast TV programs. Even Hulu offers a more interesting bargain because, besides many TVs and movies, it also has a large backlog of anime. However, if you particularly like dubbing, or if the old records in its catalog appeal to you, Funimation may only be your service.