The description of Knight War MOD APK 1.7.5b3 (Remove ads) Hero is a person who is admired by many people for doing something brave or good. They are very strong and have many abilities. If you want to become the hero, Knight War can help you to do it. The game’s full name is Knight War: Idle Defense. Knight War is a roleplaying game with action and idle elements that allows the player to become the hero and protect your kingdom from the attack of enemies.

Knight War is the game that has been built and offered by TDCGames Studio. They are a developer in Viet Nam. You just can install the game on mobile devices that run on Android Operating System. The game is available on Google Play and free. Knight War is just for simple player. There are 2 languages in Knight War. Those are English and Vietnamese. You can change the language in Setting of the game. Let click Menu and choose Setting option.

In Knight War, the image of the characters is very nice in armors or cloaks. Each character will have their own style. An active girl has her hair in the ponytail and the short cloak. A strong boy wears the armors and holds a shield in his hand. The sweet girl has long and blonde hair. There are still many other characters so that you discover. But the image of the enemies is very scary. They also have many different shapes and sizes. In each battle, the enemy’s army will be arranged in order and they are usually symmetrical.

Besides, smooth and bright graphics will bring real experience for the players. The battles will take place in many scenes. A forest with many trees, a mountain with some large rocks or an area that is covered in snow. In addition, sound in the battles is very vivid. The cry of animals in pain is sound when they are injured. Or the sound appears when the character uses weapons to attack the enemies. Soundtrack is soft. They will make the game more realistic. 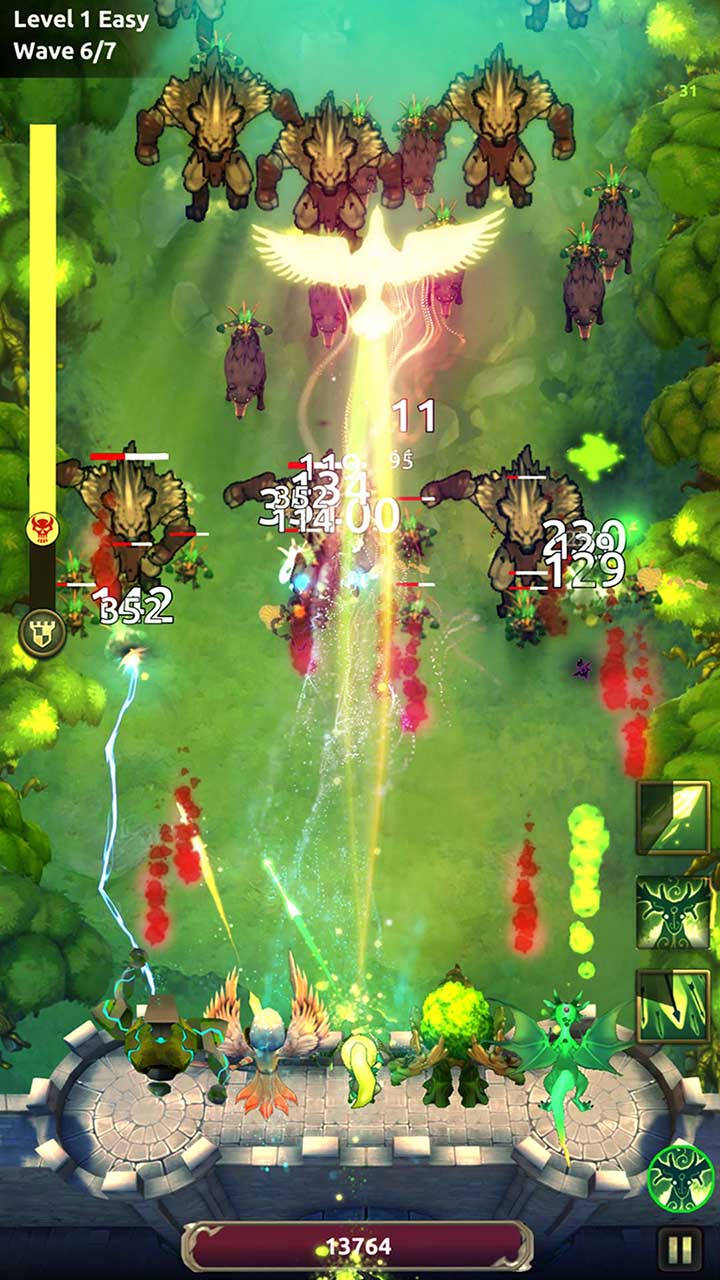 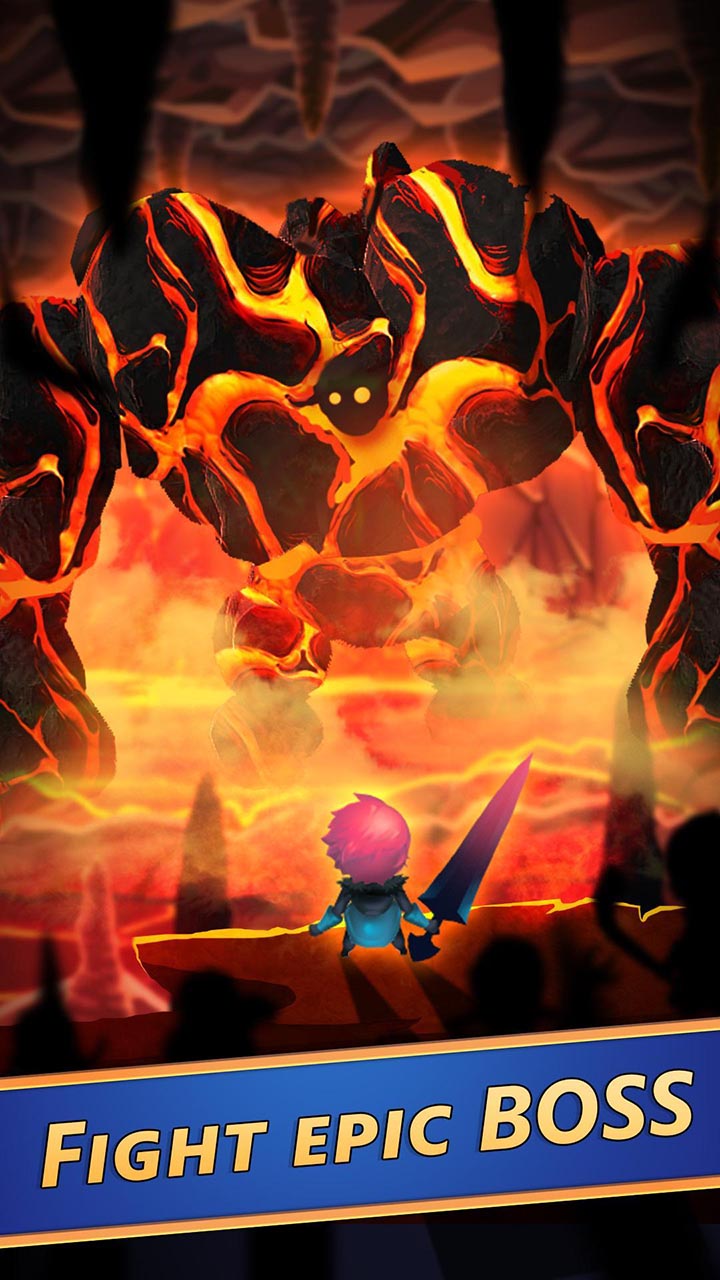 It is time to fight the enemies and protect the kingdom

Start the game, the player will be watch the dramatic battle between their kingdom and the enemy. In this battle, the game will introduce some basic ways to fight the enemies. To start play, you need to touch the screen. And the enemy will appear. But now your characters can’t still fight. You need to touch or hold the screen to attack the enemies. In Knight War, the characters will automatically fight the enemy. This will help you to observe the battle from start to finish. You can also use the character’ skills to destroy all enemies. To use them, you need to click on the image of skills on the bottom right of the screen. After you have learned how to play, you will take part in the battle to protect your kingdom.

There are 10 different chapters in Knight War (Mirkwood, Dead Swamp, Plateau of Gorgoroth, Last Desert, Misty Mountains, Ices Mountains, Dead Desert, …). Each chapter will have their own scene and 10 levels. The enemy of each chapter also change. After you have completed each level, you will get a star rating. If you pass the level with 3 stars, you can use raid to get materials. They help you to craft the weapons. When you take part in the first battle, the game just provides one character for you. That is Mel who is an archer. You can receive the different characters when you have overcome the certain level. For example, when you have completed level 3, you will receive Des character –Elf Archer. You will unlock a new ally – Monk, if you overcome level 10 of chapter 1. Monk can attack the enemies with knockback effect. In some levels, a bird will appear. When you touch it, you will bring gold coins and gems. Especially, 10th level is the hardest level of each chapter. You will face a lot of enemies, strong monsters and epic boss. Some monsters can bear the small monsters. Try to overcome this level to unlock the new chapter.

Build the strongest army and castle

There are 3 main heroes in Knight War. Archer has high attack speed, Knight gets high damage, Priest deals aoe damage. Each character will have 3 own skills. The Archer has Power Shot, Windspeed, Rain arrow. But the Knight has Moon Slash, Battle Fury, Quake. To unlock 2 skills left, the player will have to upgrade Evolution of the character. Each character also has a different type of equipment. You can upgrade the skills and equipment by the gold coins to make the character stronger. The publisher has also provided many weapons for the characters. But you need to collect the materials to craft and equip the new weapons. You can receive the materials after you have complete the level. Lucky Spin and Daily Reward also bring the gold coins, gems and weapons for you.

Besides, your castle can be upgraded. The stronger the castle is, the more hardly your enemy attacks. This helps you to have much time to destroy them. Moreover, you can add up to 5 characters to protect your castle. But if you want to add the character, you have to level up your castle. You will need to earn a lot of gold coins and gems to upgrade. So fight and complete missions. Upgrade the characters and castle to create the strongest army and protect your kingdom. 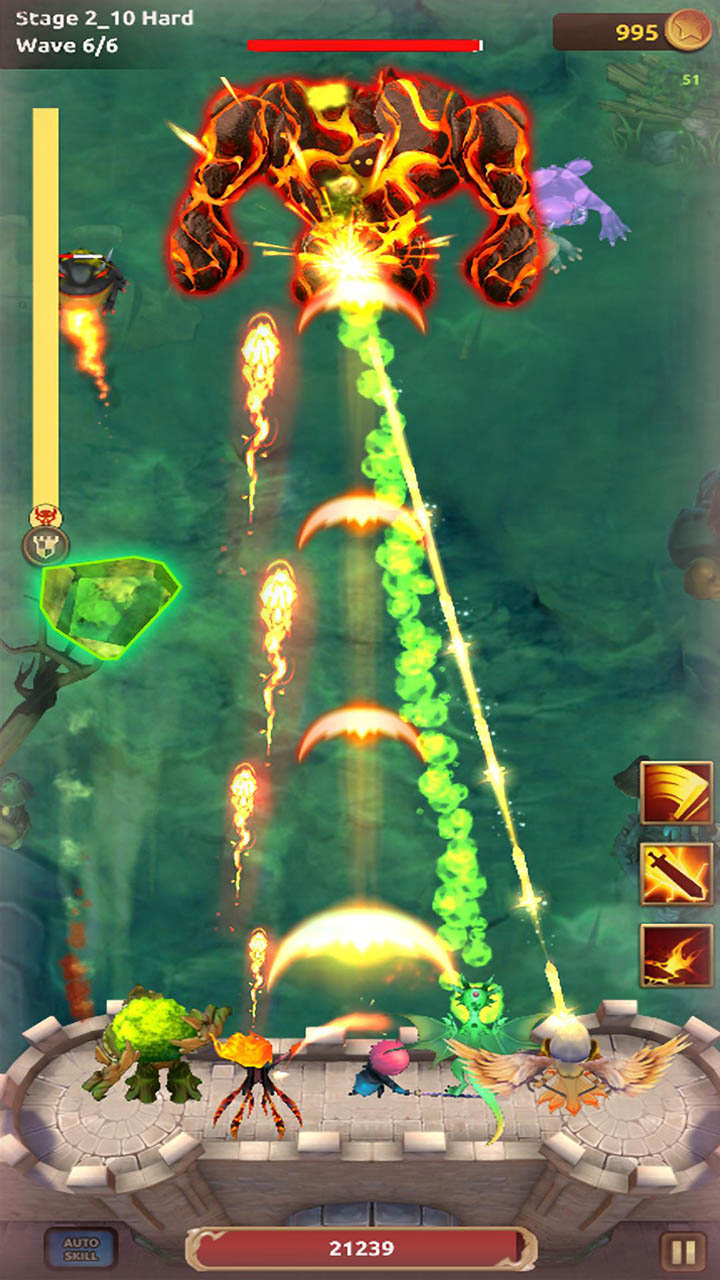 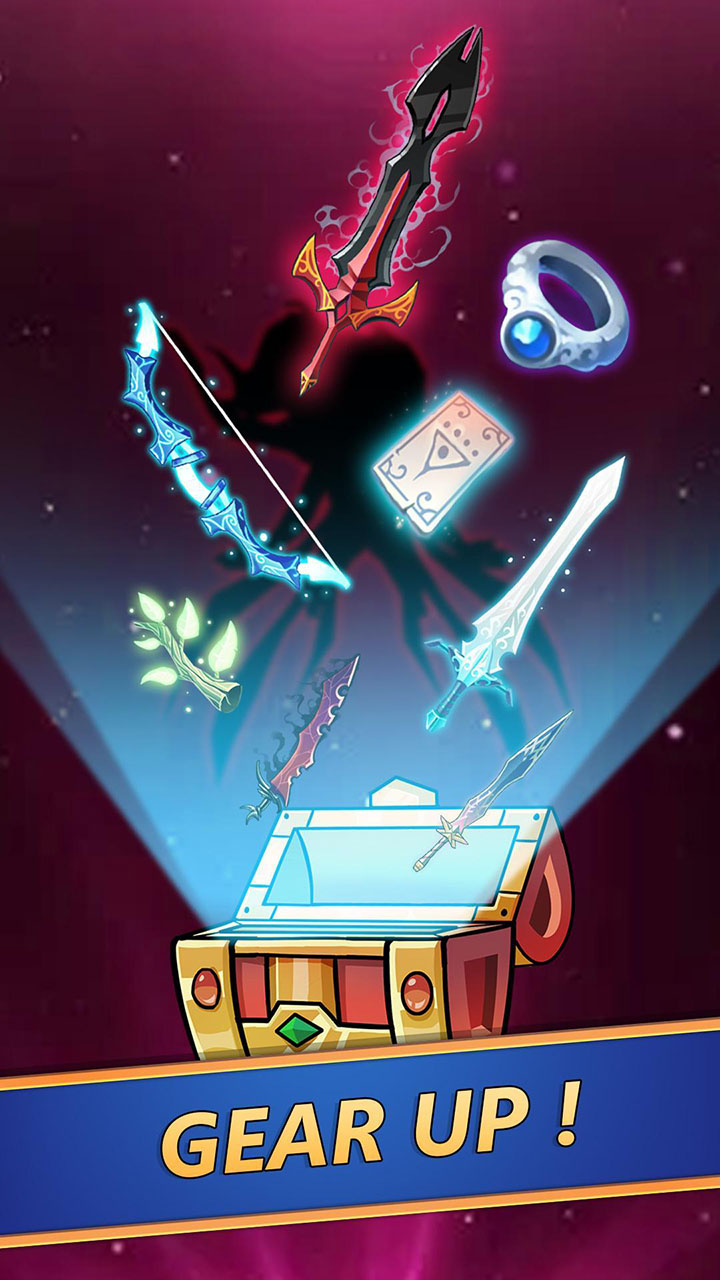 With simple gameplay, the player just need to touch or hold the screen once. And then the characters will automatically fight. Because the game doesn’t require the Internet connection, you can take part in Knight War anywhere you want. Besides, graphic is smooth and bright, sound and effect are very vivid. Elements helps you to relax when you are feeling tired or stressful.

In addition, the various weapons and nice characters make the game become more attractive Explore the character’s new skills and upgrade them to be stronger. Moreover, you can sell the materials and weapon that you don’t use. It is an interesting point in Knight War. Let’s take part in Knight War and experience the dramatic battles, protect your kingdom.