If you live in Pune, Mumbai, or Delhi – the trio of railway traffic hotspots in India. You might want to have this app in your mobile devices. For the complexity as well as the amount of people perusing the Indian’s railway every day, it is not only a chore, but also a challenge to keep the train itinerary up to date. In fact, if you don’t have the smart support of train management apps tuned to your usual stations and routes, you will be at an utter disadvantage in comparison to your tech assisted peers. 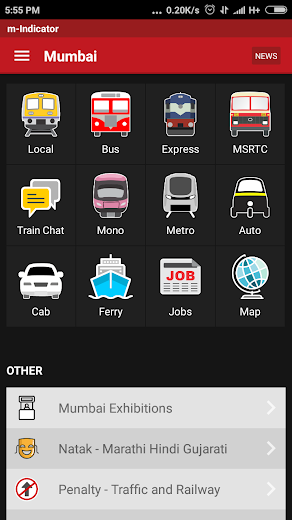 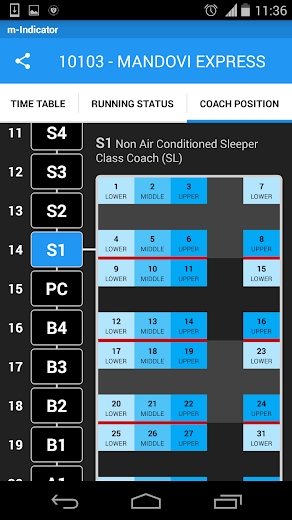 Train being delayed or cancelled due to a variety of reasons such as maintenance, weather, or other adversities is not a rarity. Especially once you consider the massive size of the train network, it is bewildering that the Indian authority is capable of keeping it working so smoothly all along. Usually, these incidents will be notified beforehand by the proper authorities several days before so that you could plan out ahead and find alternatives. However, in the case of sudden incidents, you would be caught completely off guard and, most likely, at the time you would not be able to have a coherent backup plan. But what we do know is that the moment that delay or cancellation is apparent and unavoidable, the railway authority will update their database as quick as they could – sometimes, almost instantaneously. 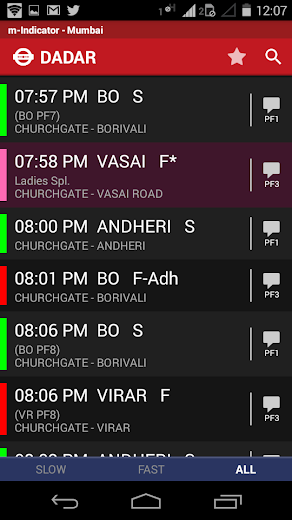 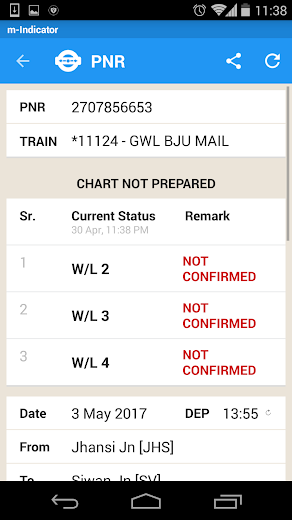 m-Indicator, since it is blessed with a direct and live connection to this database, can give you this sort of urgent information almost immediately once they go live. And if you’re fortunate enough to be on the way or is preparing to go to the train station to board a train that would never come or getting late. You would find yourself in an easier situation to sit down and find alternative routes, or transportation means to get to your destination instead of wasting your time. 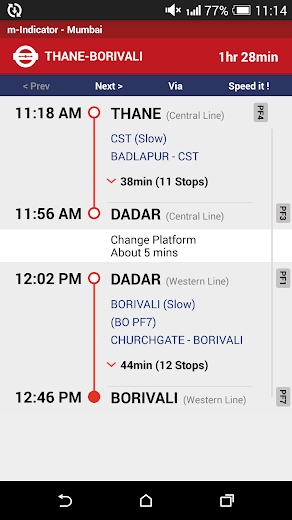 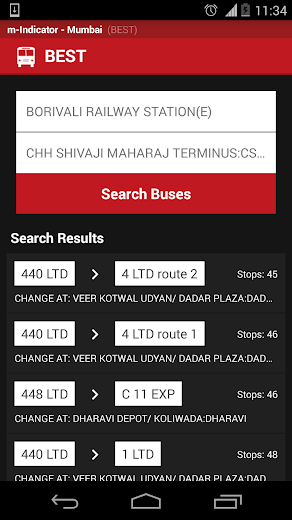 And in Pune, the local train for Pune – Lonavala is available for live update.

Not only so, during peak hours, the app would also be able to provide you information on the less crowded trains during rush hours for Borivali, and a host of other stations.

Any change of schedule such as delay, cancellation, or change of platform will be updated on the ‘Train Chat’ feature of the app.

Other bureaucratic and administrative features such as a list of train fares are also available. 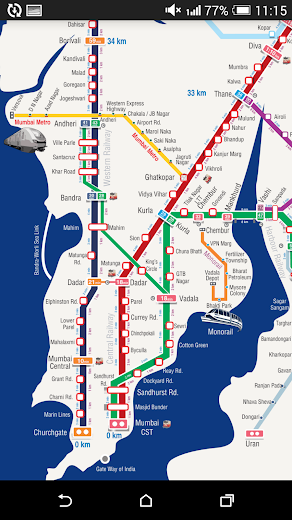 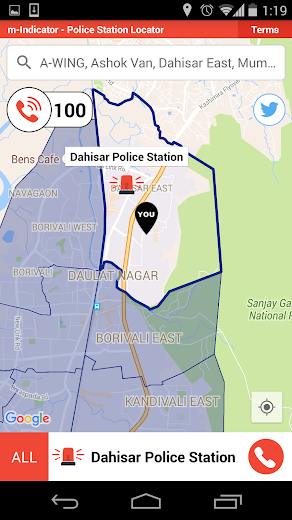 Furthermore, the app not only caters to the train network alone, but also the bus network. Information regarding bus routes in supported stops (BEST, NMMT, TMT, KDMT, MBMT, VVMT, KMT , PUNE) are available for viewing. The app is also integrated with a search function for you to find buses specifically by their number, as well as their timings, destination, their connected routes, e.t.c.

Other miscellaneous features include news, jobs listing (If you wanted to be an employee within the vast public transportation network), emergency telephone numbers in case you find yourself in a tough spot. And if you are a tourist who is visiting India, or a person new to the city chiefly for vacation, the app also provides you with a list of good picnic spots.

No wonder this app was nominated and is claimed to be winning award for being the best public transport app in India. Although I surely doubt the legitimacy of this claim, and most likely, this award is being top of CH Play in the public transportation category within India. The app is well-made, and for that, I’ve got to give the devs the credit.