MyJio is an Indian network carrier that has been growing in popularity recently within the domestic market due to their aggressive pricing policies and plans. Including offers of unlimited data as well as calls for a bargain price in comparison to competitors. The needs for a good management app that allows its customers to better take advantage of the services, be in greater control of their contract, and is more flexible with their billing in general is rising. That is the main reason why MyJio was developed by Reliance Jio Digital Services Pvt Ltd. And for all of the abilities and features that it carries, so far, it is the best carrier management app developed and fielded by any Indian mobile carriers thus far. Similar to MyJio: mCent Free Mobile Recharge 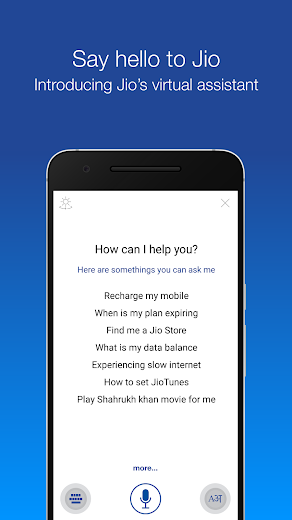 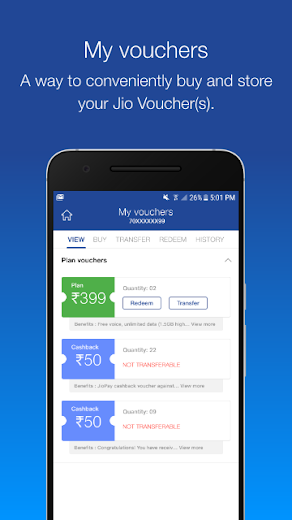 Reflecting just the size and tech-centric strategies Jio had been pursuing. The app is beautifully designed, but it still doesn’t really stand out much among the better designed app out there. The theme and interface that they use – I’ve seen it in hundred others, what with a slick, professional looking blurred background for the welcome page and a fresh material design. Still, I’ve got to give credits where it is due: Though not exceptional, like I said, it is still very well designed without running into aesthetic problems such as excessive clutters or bad organisation.

Complying with its good look, the app works like a well oiled machine. The ‘oil’ in this case being a solid code base that provides the app with the kind of reliability much needed in an app with this type of calibre: One that contains important, and unfortunately, extremely vulnerable personal information such as credit and debit card information. I have no expertise and is no security expert, however, I am pretty certain that the app is built strongly enough that normal threats of being hacked or had your identity stolen should not happen on the client side. Unless your physical phone is untapped and kept clean of possible threats and malwares, if I were you, I would not be fearful one bit of MyJio’s security … until further development.

But to demonstrate my point further on the note that MyJio has a solid code base, the app is coded so that if it recognised a Jio SIM card in your device, it would log into your account automatically within the app. Not only it adds another layer of security, it also ensures that you don’t have to enter your credentials twice.

The app is fluent in the way it handles all transactions done through its system, with transactions here mostly being phone recharges that you can do instantaneously through the app. And instantaneous was the experience. The transactions were processed quickly, and the account balance was updated also as quick as testament to the efficiency of the app’s inner working. 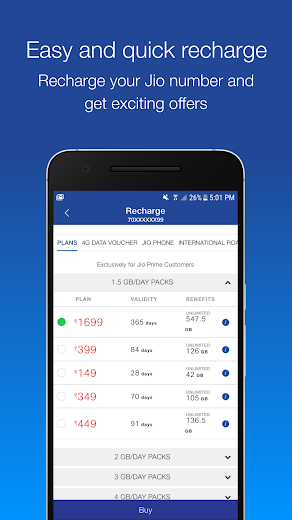 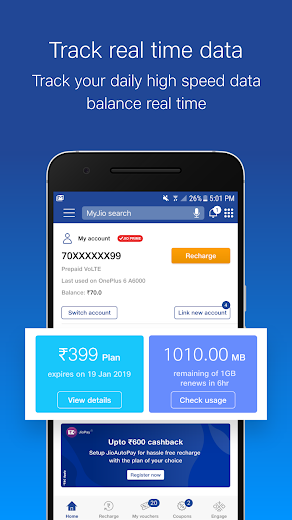 Besides being a portal for balance management and a virtual wallet for phone recharges. It is also a nifty management app for your account’s telecom services usage. Although your phone’s OS most likely have features that would track this information for you, MyJio presents a more convenient interface since it is directly linked with the carrier, instead. And also, you would only want to know about this kind of information at the end of each month. The fact that all of this is compacted into a single package: Paying and verifying is a sold out.

As someone who’s pretty familiar with virtual wallets and online transactions, though the app might be running smoothly now, it is doomed to fail in the future. You will find yourself with some forms of troubles paying for services, or some minor features breaking down on your for example. And when your balance in real money is being threatened, it is difficult not to freak out. MyJio, fortunately, has an integrated customer care module that would allow you to contact a customer representative directly without having to look online for a phone number or an e-mail. Now I haven’t used this one just yet, since the app is running pretty smoothly so far, but I trust the company enough to say that its staffs most likely would be polite and competent. Though no personal experience there. 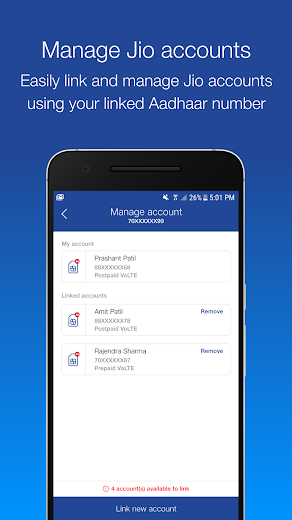 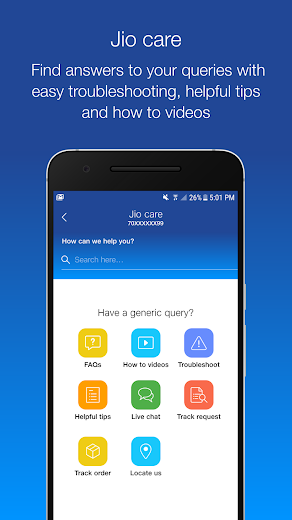 MyJio is just the thing that the company needs in order to give its customers the digitalised experience that they need to monitor and interact with the company’s services. This is an edge that not a lot of other carriers in India can proclaim to have. And we since we all know the convenience of the Internet, trifle things such as paying bills and monitoring may not be as difficult as other companies. Considering also the pricing and quality of their actual services, it is hard not to consider Jio as your main carrier once it had laid everything that it could offer onto the table.

You can install MyJio – Recharge & Pay Bills on your Android devices by going to the Google Play Store and Apkdone.com, respectively. Just download MyJio on Apkdone and install it.