Guitar Pro is a music editing tool that most guitar players have trusted to use since 2004. And until now, after 16 years, it is still famous for many updated versions. Want to know the reason? Very simple. It’s lightweight, it’s easy to use, it’s intuitive and useful for not only guitar players but anyone who loves composing.

All the music (including over 220 soundtracks) in Emobi’s famous 7554 FPS game is composed of Guitar Pro. Guitar Pro is a software for simulating the Guitar and some other instruments on the computer. Not only supports you to learn by Tab, in the latest versions, the software also strongly helps you in composing music or mixing arrangements.

Guitar Pro is a guitar learning, playing, and composing program for those with a passion for this instrument. This learning software will bring you entertaining moments after stressful working hours while helping you practice your skills.

When you download Guitar Pro, you will easily notice a series of changes compared to the old versions. The Guitar Pro allows users to compose music for guitar, bass, or any other stringed musical instrument in the fastest time.

You can also listen to music created by you directly in the best conditions and environment. It is also the perfect tool for those who want to practice their skills, practice playing classic songs, compose music, or mix harmony.

Besides, you can compose and listen to it yourself, Guitar Pro’s sound library will give you the same music quality as when you play a proper instrument.

Guitar Pro APK is a software for composing and editing music, with many supporting functions for guitar and bass players. Major benefits include:

Also, Guitar Pro has a large community of users. It makes it easier to find your favorites and share them with your friends.

Guitar Pro has an easy to understand and intuitive interface. The way to adjust the toolbar is very similar to MS Office 2003. The toolbar can easily rearrange the position and turn on/off for the most convenient.

Under the menus is a Guitar FretBoard (guitar neck) or a Keyboard that allows you to see the hand position. The notes corresponding to the pointing position or playing on the score.

In the middle of the screen, it is the track with the form of notes or parallel tablature that you can display in these two formats. On the music track, you can have notes, chord name, diagram, lyrics, and effect name (e.g. Official Harmonic, Natural Harmonic)

The right panel is a chart of bars of all the color-coded tracks, showing the sections that the writer has divided (e.g. Intro, Interlude, Bridge, etc.). The toolbar in this area is Effects and Note. 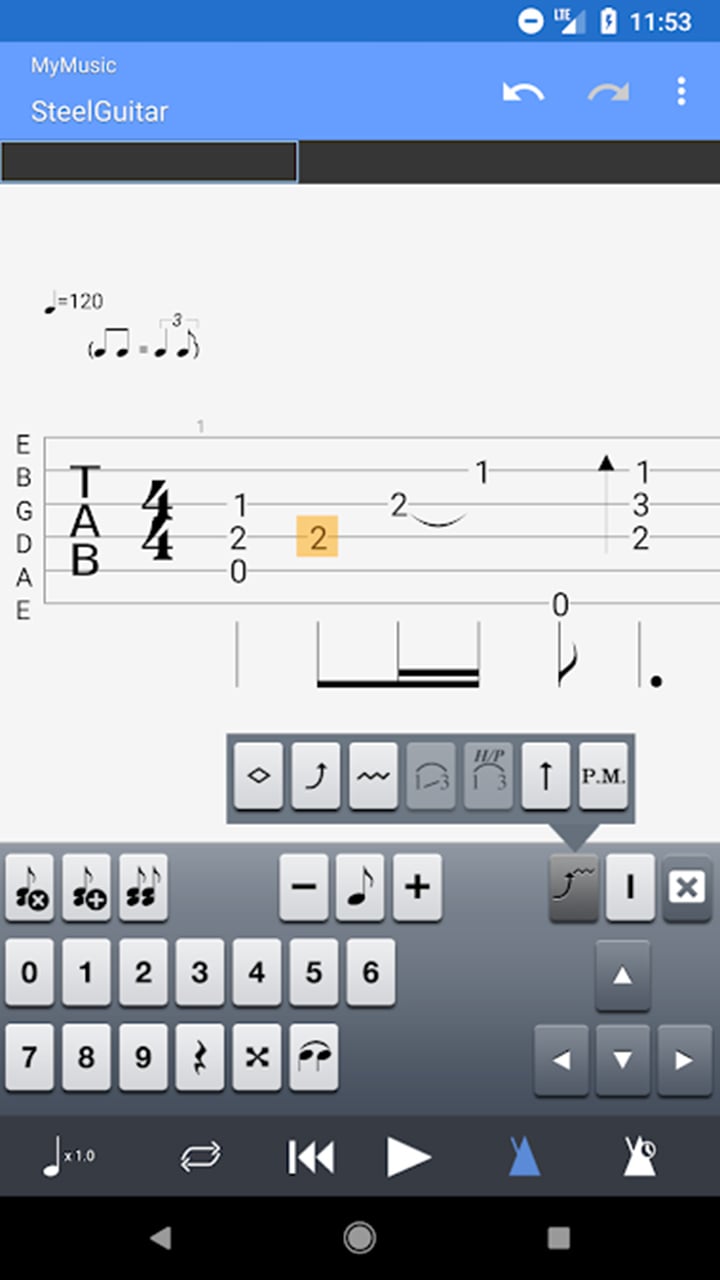 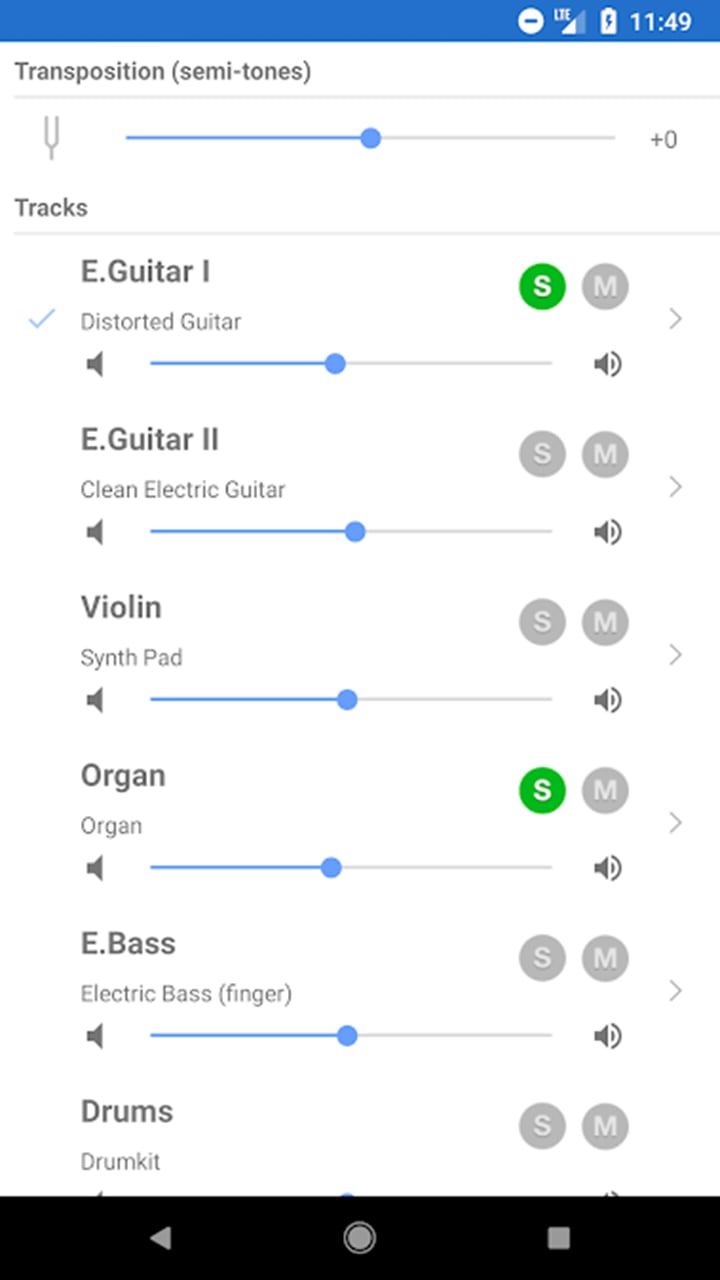 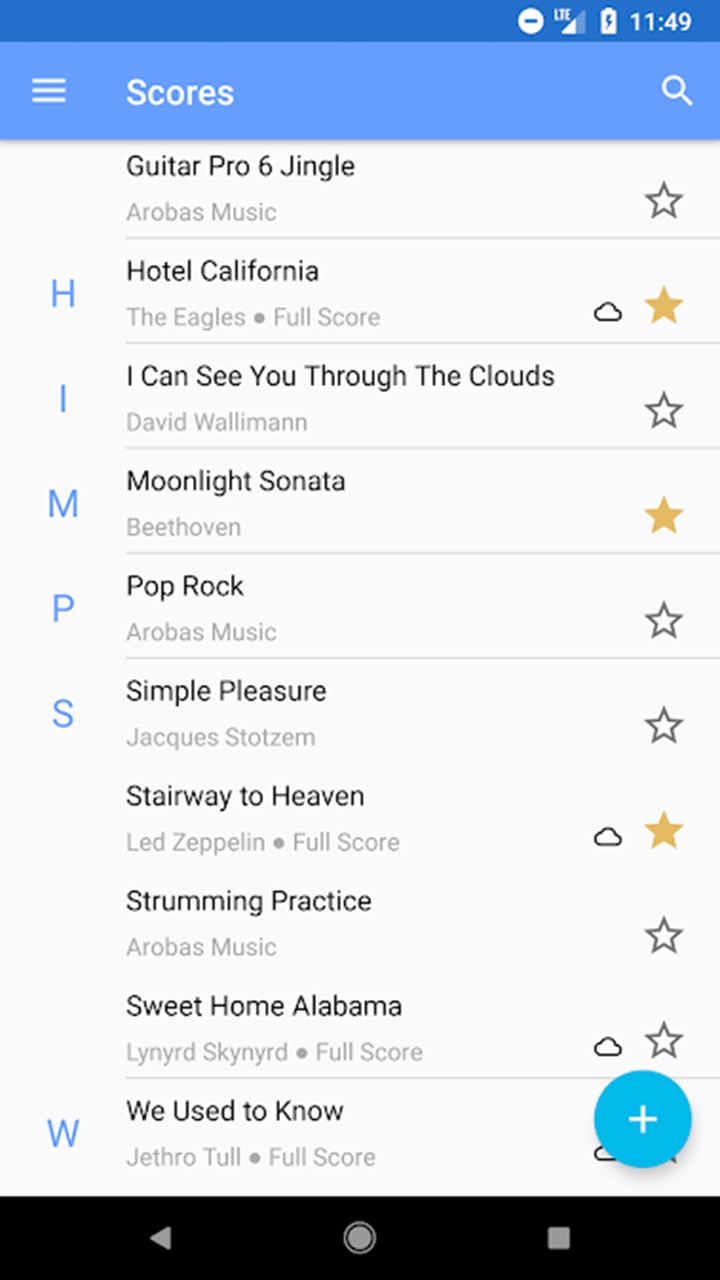 Guitar Pro allows you to:

The sound that comes out when you compose or play music on Guitar Pro is an emulated sound from Synthesizer Software (eg Virtual SoundCanvas) or Sound Card. For example, sound-on-board often uses Microsoft’s built-in Synthesizer in Windows or soundcard supports sound font and the EMU soundcard for impressive sound.

The Synthesizers turn information about music in digital form into musical instrument sounds that we can hear such as flute, guitar, and drums. You can also use MIDI Synthesizer devices like the Roland V-SynthXT MIDI Synth Module (about $2200) for better sound quality. And then use the output from it as a BackTrack (background music) on the fly. There is time to prepare for an upcoming show.

While writing music, use Guitar Pro default sound configuration (Microsoft GS Wavetable SW Synth) because the instruments are emulated. When playing multiple instruments you will easily hear each tree instead of a mess like other Synthesizers. Guitar Pro’s strongest point is not a realistic sound but a convenient and compact music writing software.

It is the most advertised function of Guitar Pro called Realistic Sound Engine (RSE) that emulates the sound of Guitar (Distortion, Overdrive, Clean, Muted, Steel, Nylon), Bass, and Drums. It also adds a Reverb effect to each track or the entire track with different sound effects.

In particular, the sound system of the guitar has added a function to create Wah like using conventional Wah-Wah Pedals. From version 5.1, Guitar Pro allows you to edit parameters of Equalizer, Reverb separately for each instrument that supports RSE and for the total score.

If you just plug the guitar directly into one of the soundcard’s mic input, the signal will be noisy and distort. Although it still sounds fine, the most remarkable thing is that you risk damaging your audio chip or even burning your motherboard if you plug in such a guitar.

In short, for those who do not have the equipment conditions, our advice is to stay away from this feature. Do not plug the Guitar into the mainboard or else it will cost you millions to replace the new motherboard.

Guitar Pro allows you to compose music in three ways:

You can compose music directly on Score (track) or Tablature (switch between these two modes by pressing the TAB key). Composing speed can be improved by up to 300% if you master keyboard shortcuts instead of messing around with the mouse and squinting for tiny buttons.

Why do we appreciate the importance of this feature while composing music on Guitar Pro? First, to be clear, we do not encourage you to import other people’s music into your products.

Second, professional composers often have a library of recorded musical ideas in various formats. Most users often record directly to Guitar Pro. For those who can play the Keyboard, they can record ideas as MIDI files or a small project.

Most worth mentioning is the function to import MIDI files. With this function, Guitar Pro gives you many options:

They play not all notes at the same time. Between one note and the other, there may be a few tens to hundreds of milliseconds apart due to the way the player performs. Guitar Pro will automatically recognize and input them into a chord to beat at the same time.

Ultimate Guitar is the best trainer and companion for those who are learning to play the guitar, focusing on guitar techniques, or exploring songs for special moments with collections from artists. professional guitar. The app brings thousands of popular songs to play guitar, discover guitar chords, bass, and ukulele, tabs, and lyrics for over 800,000 songs.

Ultimate Guitar supports the ability to edit chords, lyrics, or change tabs in other ways to suit your needs with a personal tab. You can also watch the video to refresh the songs in your memory or use it as the background track, set the best font style and size for the tab, enjoy the evening mode for the gig.

It gives you an endless collection of amazing guitar pedals, ultra-high-resolution stereo rack effects, dual amps, and great signal sequences. Deplike: Guitar Effects Pedals contains a set of classic sound effects that you can use for your guitar, synth, or voice while performing life, or for processing tracks in DAW and other mixing applications via the Inter-App or Audio.