Risk is the short name of the game Risk: Global Domination. This is a popular strategy game with more than 5 million downloads over the world on Google Play. Until now, it has received many good comments about its creative play and exhilarating competition offered to players. The game provides players with many game modes, and each of them has a different background story and rewards to earn. Thanks to the diversity of the game itself, it is highly appreciated by many players.

Besides, Risk is designed with a 3D layout, so the game pictures are very amusing. It seems to be acceptable for all ages as there is not much violence or gore in the game. Therefore, you can share it with your friends or relatives freely. Back to the reason why this game is globally well-known, let’s have a look at the following review!

The story of the game is not different from other strategy games. You will choose your country first before setting up armies. Then, you turn in card sets for more armies and take turns waging war. In terms of content, the game requires you to eliminate opponents and set a goal of dominating the world. That is why the classic map you play in the game is actually the world map that is split into territories. However, some big countries are divided into different territories, and not all countries are shown on the map.

As Risk offers multiple smaller parts of the world, you can just pay attention to a specific area or choose to play the unique maps. The layout of territories is similar to a castle. As mentioned above, this game is turn-based, which is similar to the board game. Additionally, each turn has three phases, including the deployment phase, the attack phase, and the fortification phase. When you begin your turn, you will get reinforcements. Keep in mind that the number of territories you control will determine how many troops you will receive.

You have to deploy these aforementioned troops on your territories. Besides, while playing Risk, you can collect cards. With three similar cards, you can trade for more troops. After placing new troops, you can attack more frequently, and the combat is based on rolling the dice. Put it differently, and the dice roll will determine if your attack is successful. For instance, if you outnumber the opponent, you win. However, you still lose some troops. This is some necessary information about the attacking phase.

Talking about the reinforcement phase, it is pretty simple. You just have to select a territory and the number of troops to move from a territory to another. The moving automatically ends your turn as you have only one transfer. Regarding the most challenging part of the game, it is when you must defend your borders, and this is the deployment phase. The weaker your borders are, the deeper your opponent can push into. So, it seems to be easy to learn this game but difficult to master it as it requires some strategy and tricks to win. 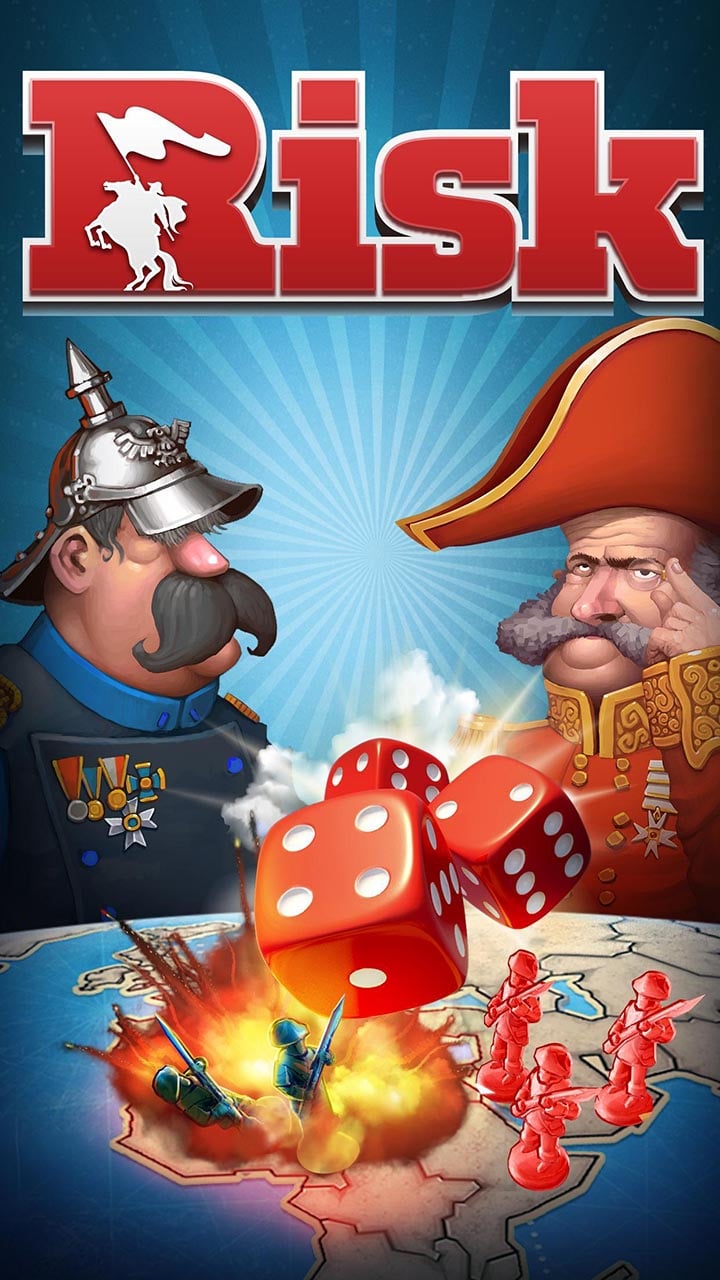 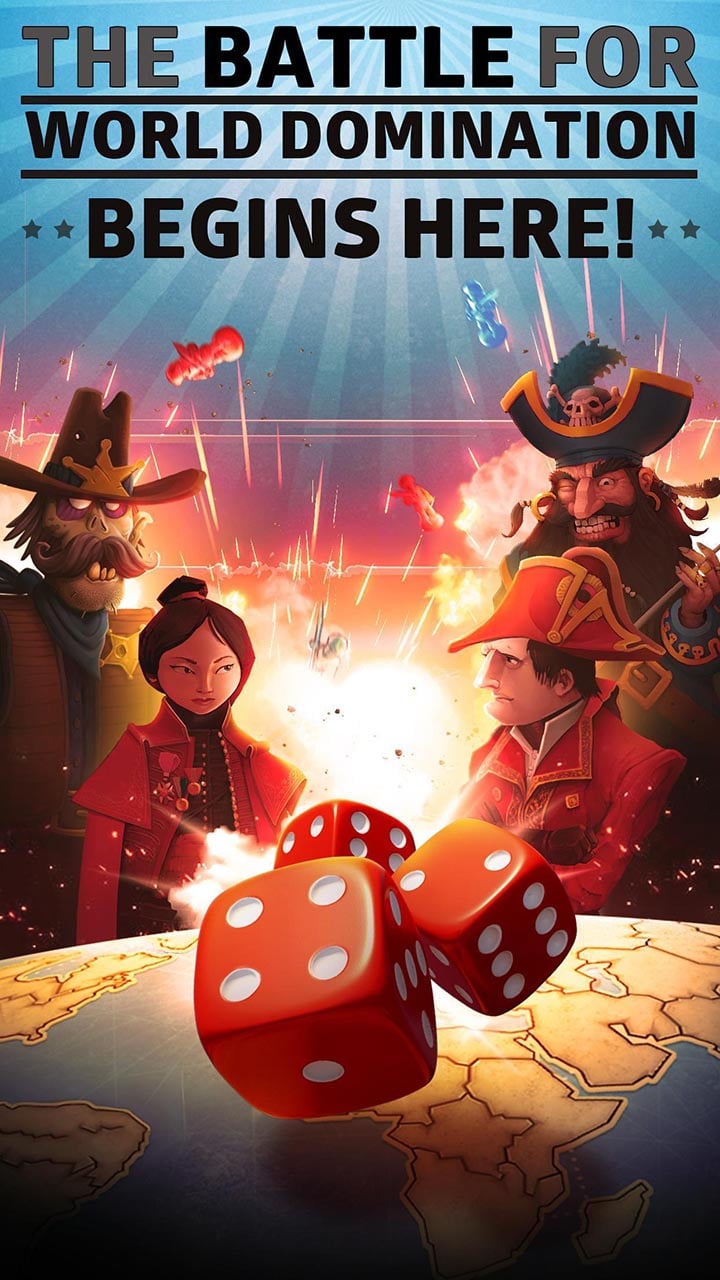 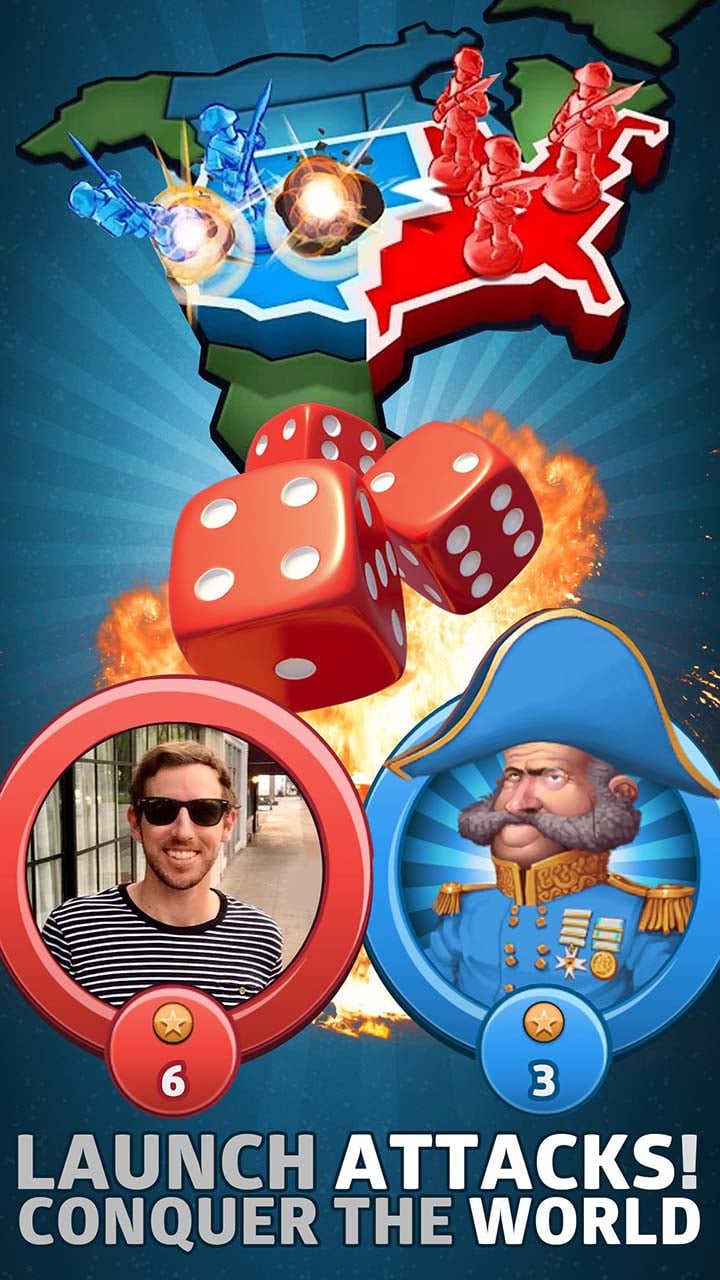 A Wide Range of Game Modes

There are numerous available game modes, including Global Domination online, Single Player, Play Friends online, and Pass & Play. This also means that the game allows players to play with other ones across the globe. When you start a match, you are paired up with four different players. The competition consists of five players competing with each other, and the result can decide whether your name is on the international leaderboard or not.

Each map in the game is designed with a particular theme and a lot of characters, which contribute to the diversification of Risk. With this diverse map and large areas, you have to contemplate a strategy to organize your troops so that you can get as much land as you can.

On the other hand, you should not forget protecting your dominated areas. To do that, you have to focus on training your soldiers regularly as the most crucial element in a battle is the army. So, you need your army to get ready for it.

The significant merit of this game is the colors, which is easy for players to see the different controlled territories. The 2D animations can lighten up your mood, and the characters are also colorful regarding personality. As everything is determined by the dice, there are no violent battles at all. Generally, with a colorful and vivid cartoon style, Risk can attract many players.

In terms of sound, the music creates an upbeat and light mood. There will not be lots of speaking voice that is sometimes annoying and distracting. The music just plays to reinforce what is happening. So, it would have been superior to both enjoy the game and sound.

How Can I Change The Territory Card Bonus Rules?

You first select a map. Then, click the green arrow on your mobile phone screen. You will see Card Bonus; just choose between fixed and progressive rules. To know more about these rules, you can click the help icon in the Game options. 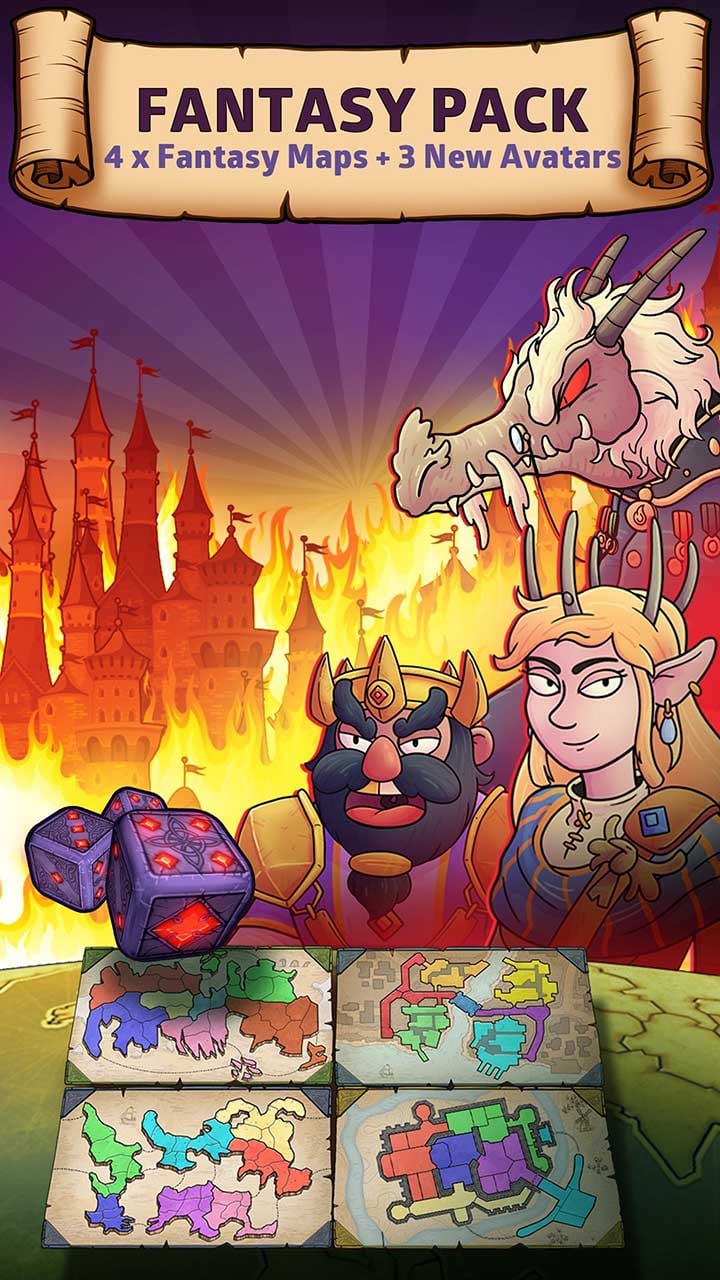 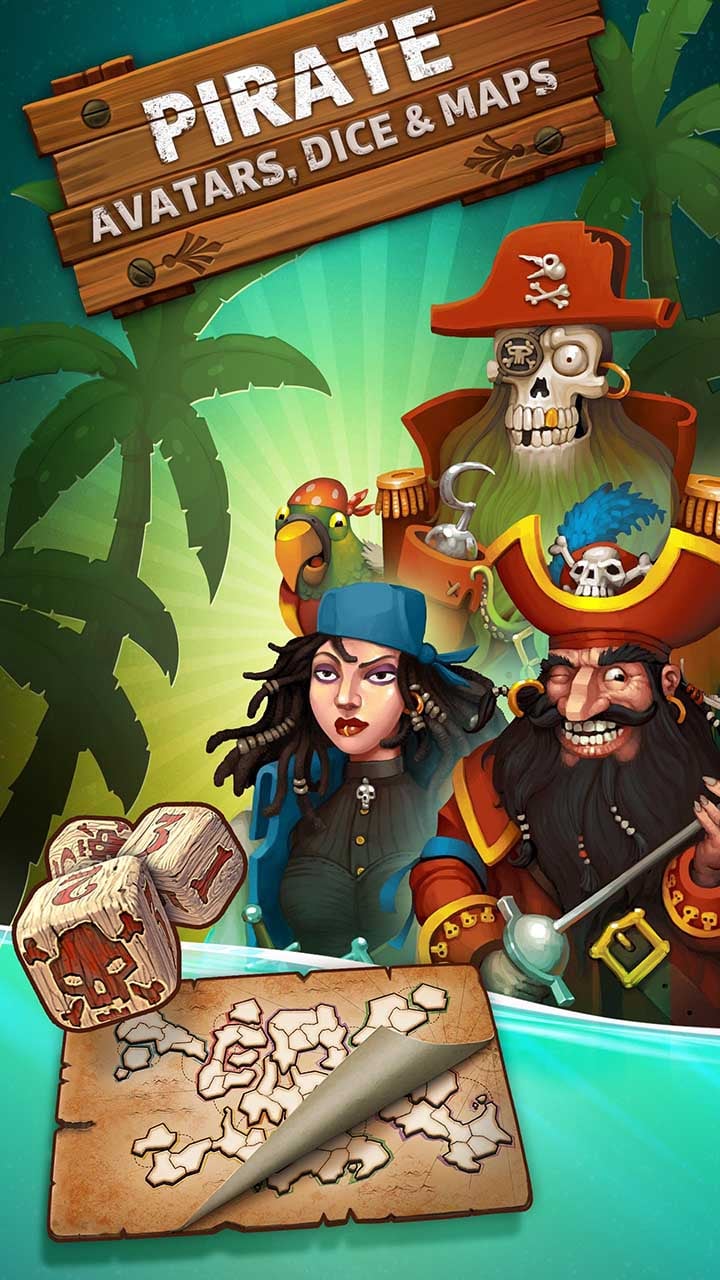 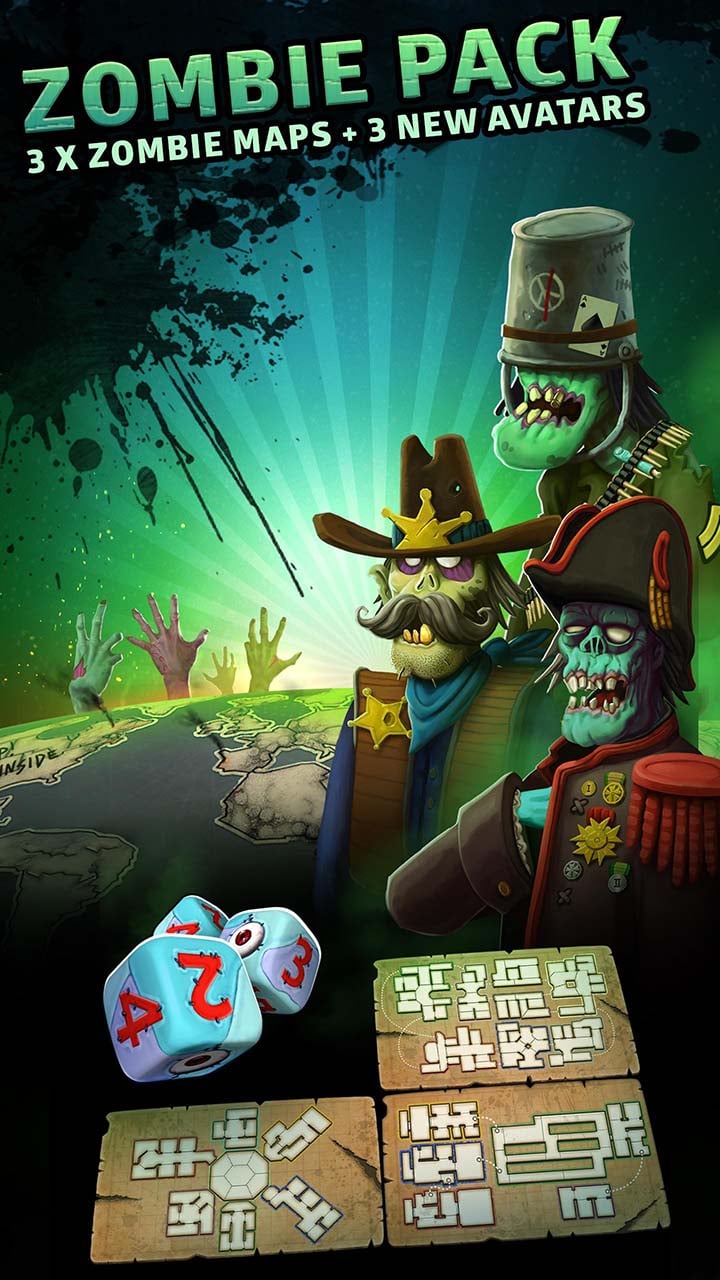 How Can I Add A Friend To Risk?

You will see the green smiley icon that is used to add friends. By clicking that, you will receive a link to your profile via social media applications or messaging. Another option to expand your friend circle is to copy your ID in the game. You click on it and send it to a friend. They then will manually input your ID on the add friend screen.

Can I Speed Up The Dice Rolling When Taking Part In Risk Battles?

Yes, you can. In the battle mode, choose Blitz. Then, you just wait until all of the opponent’s defending troops or your attacking troops are wiped out. In other words, this feature works as a continual attack.

Can I Shorten The Duration Of Turns?

You can simply click the arrow button after choosing a particular map. Then, you will see the Turn Timer, and you can change the time from 1 to 5 minutes per turn. Remember that if you play the game in the Single Play mode, you will not have the turn timer.

How Do I Change My Name In Risk?

Unfortunately, the game does not support custom usernames. You will log into the game through Google Play, Facebook, Steam, Apple, or Game Center. So, they are the only way for you to customize your name at Risk.

In a nutshell, Risk is genuinely a decent game. You can be entertained in Single Play mode, but it will be more exciting when coming with multiplayer features. So, get ready to draft troops, start strikes, and defend your lands!