Do you believe that your grandmother still can run fast when she’s no longer young? But in Angry Gran Run – Running Game, there is a primary character that is called Granny, she run very fast although she is elderly and has white hair. The game has another character, that is Fred – the agent. Fred has shut our primary character up in the Angry Asylum, Granny is plotting to escape from the asylum, and she needs us to guide her through the streets so that she’s busted out.

Angry Gran Run is the game mobile that belongs to the action genre, runs on Android Operating System and iOS Operating System. You can install the game free from Google Play or App Store. Ace Viral drew inspiration from some running games to create Angry Gran Run. At first, when you start to play the game, you will be melt into 3D space that was nursed carefully by the programmers with sharp lines and the view of street. The player won’t be bored because the space of the game will be changed monthly. Let’ wait for it.

In addition, the characters are also featured vividly from the look to actions. Smooth 3D Graphic describes actions of the characters such as running, turning left, turning right, jump, … Color is bright, harmonizes with the streets, buildings, trees, flowers and obstacles. Besides, sound is very lively and dramatic. The player will feel excited. The sound of chases is depicted truthfully. Players will mix with the game. Every time you earn a coin, the sound also will float up. 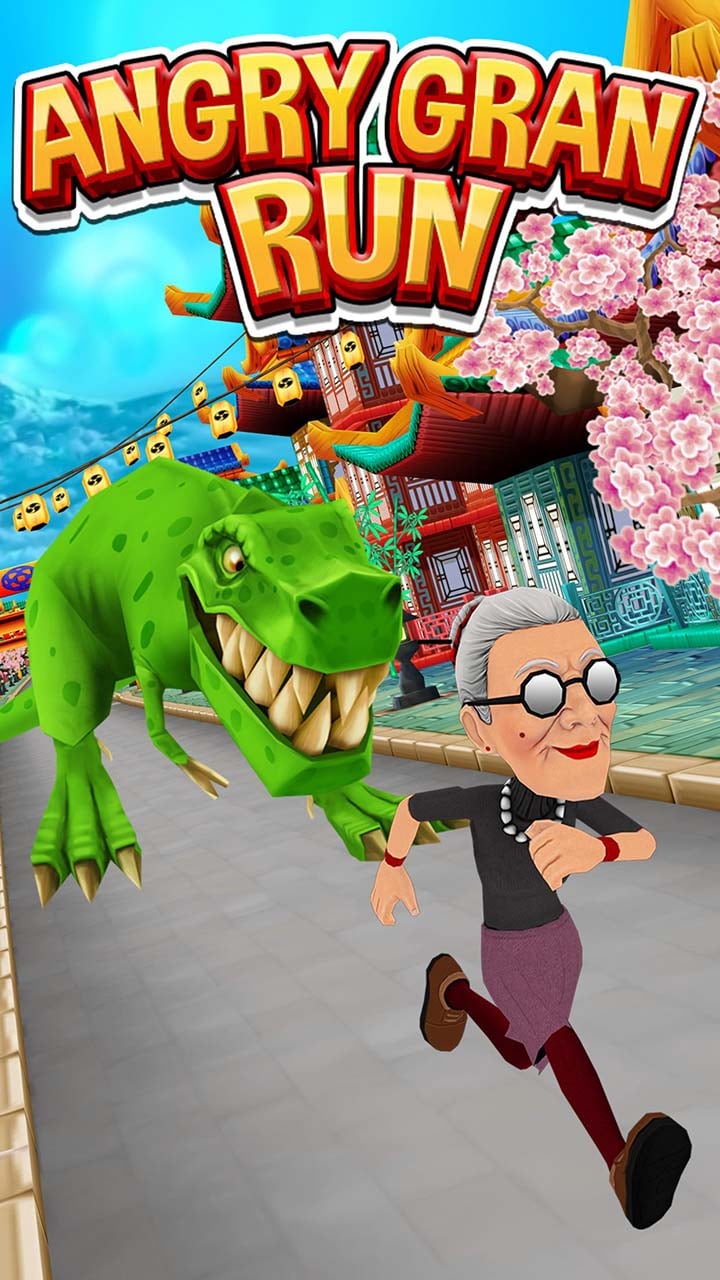 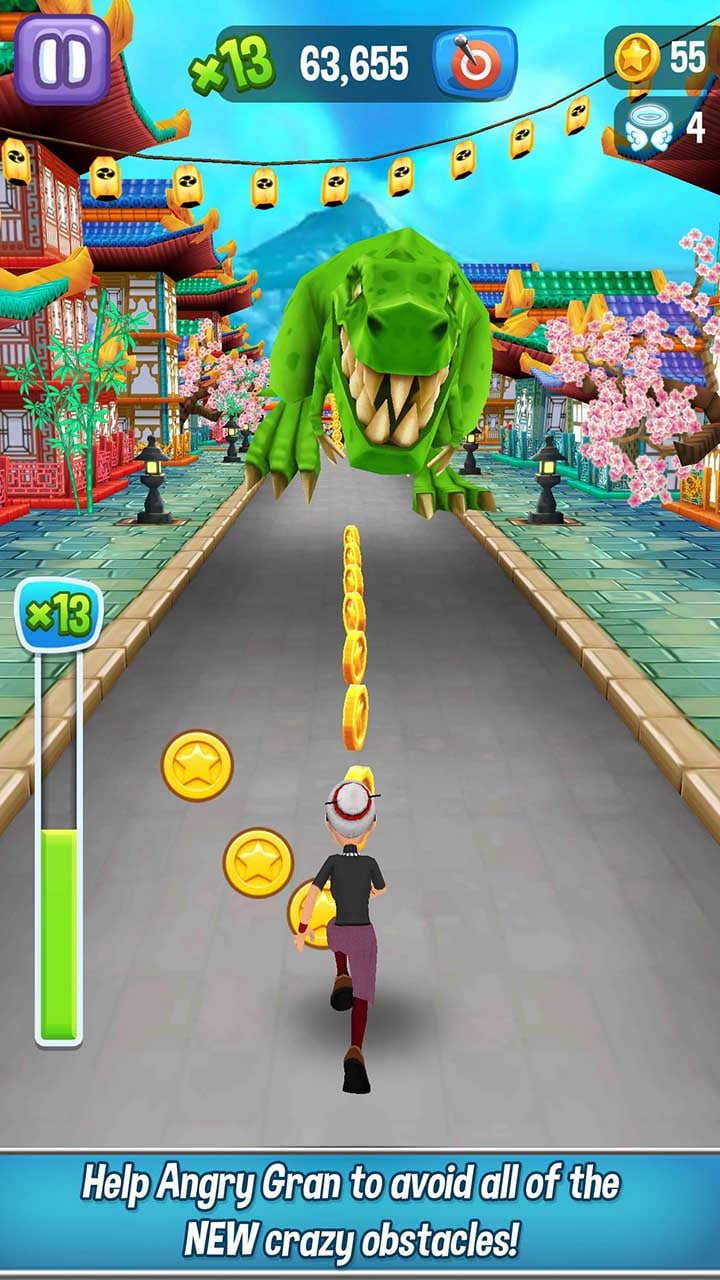 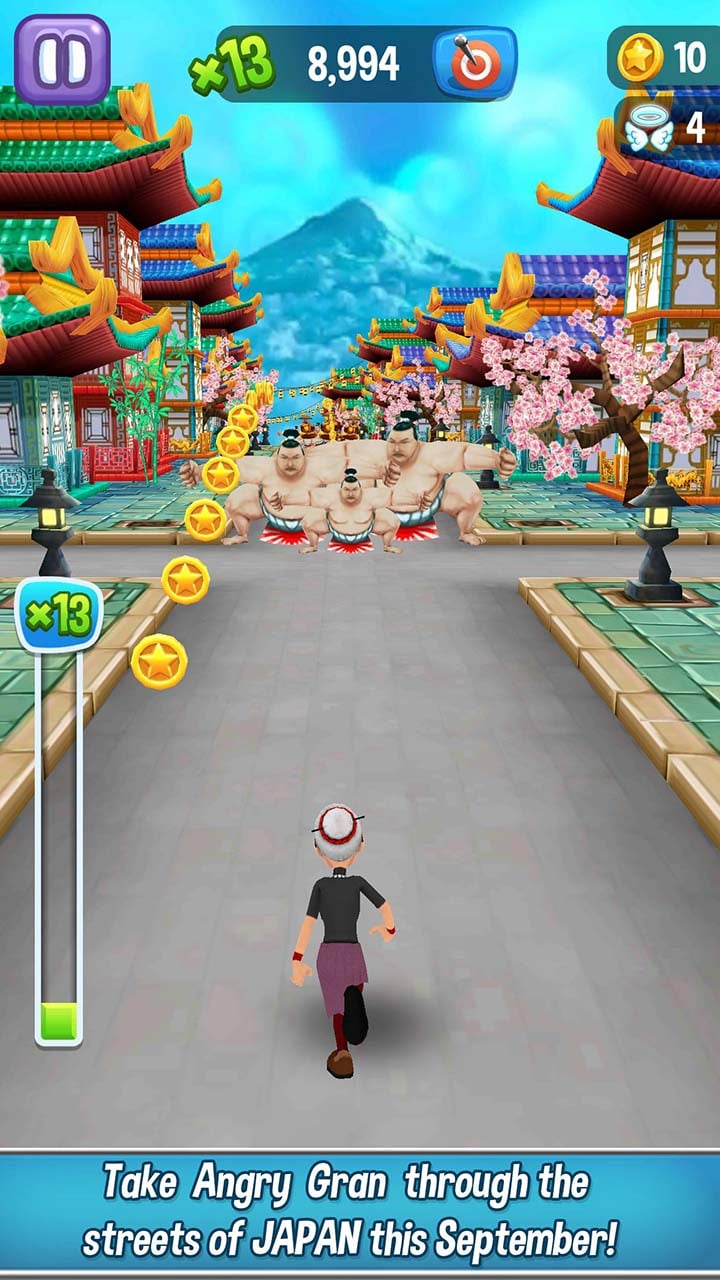 Guide your primary character through the streets

Gameplay is very simple. You just need to help Granny to escape, guide her through the strange streets and avoid traps. That is your duty. She has to run, jump, graze or slide over many different obstacles. The player needs to use many skills to help Granny to avoid the dangerous obstacles. In Angry Gran Run, the bots will be arranged anywhere on the way. You have to bash them and take their coins. And don’t just run away, you need to collect the gold coins as many as possible. They will help you to upgrade and improve your strength. The coins are used to buy interesting items, like a suit of armor. The equipment will help your character to overcome the obstacles more easily. For example: sinkhole, a high wall, …

There is an important thing in Angry Gran Run, which is the change of character look. The players can change Granny’s look by buying new clothes such as 70’s hippy gran, wonder gran, zombie gran and a penguin costume. The clothes are so unique and cute, let’s try to change her look to see how she look. With the different running game, your character will be chased at the temple, jungles or subway stations. But in Angry Gran Run, the chases will take place on the streets of New York and Rome.

Besides, the player can buy and upgrade different power – ups devices such as bullet – time and invincible shields. They will help your character to increase power when she has to run in a long time. And you must always mind aliens, dinosaurs and other insane stuff. They will obstruct Granny when she is running away.

New points in the version

To attract many players, the publisher has to create the special point in your game. And Angry Gran Run isn’t an exception. The game has the new points that you can compare to the different version. The first, the publisher has updated the new beautiful graphic for September. You will see a new interface when you updated the game in September. The interface will have cherry blossom trees, old – fashioned houses with lanterns that is symbols of Japan. That also is the new point. In addition, the obstacles have been provided more. When you play the game, you will see rickshaws, monks, Koi carp and you need to avoid them.

Moreover, with new environment in Japan, you will meet the new brand character that is only for Japan. That is GOLEM – Body is made of stone and he’s very cute. And you need to have many tokens to unlock power – ups and this new character. Besides, when you are helping Granny to escape, you need to find Mystery machine. The machine has many prizes that help to buy many things. That is the last new point. 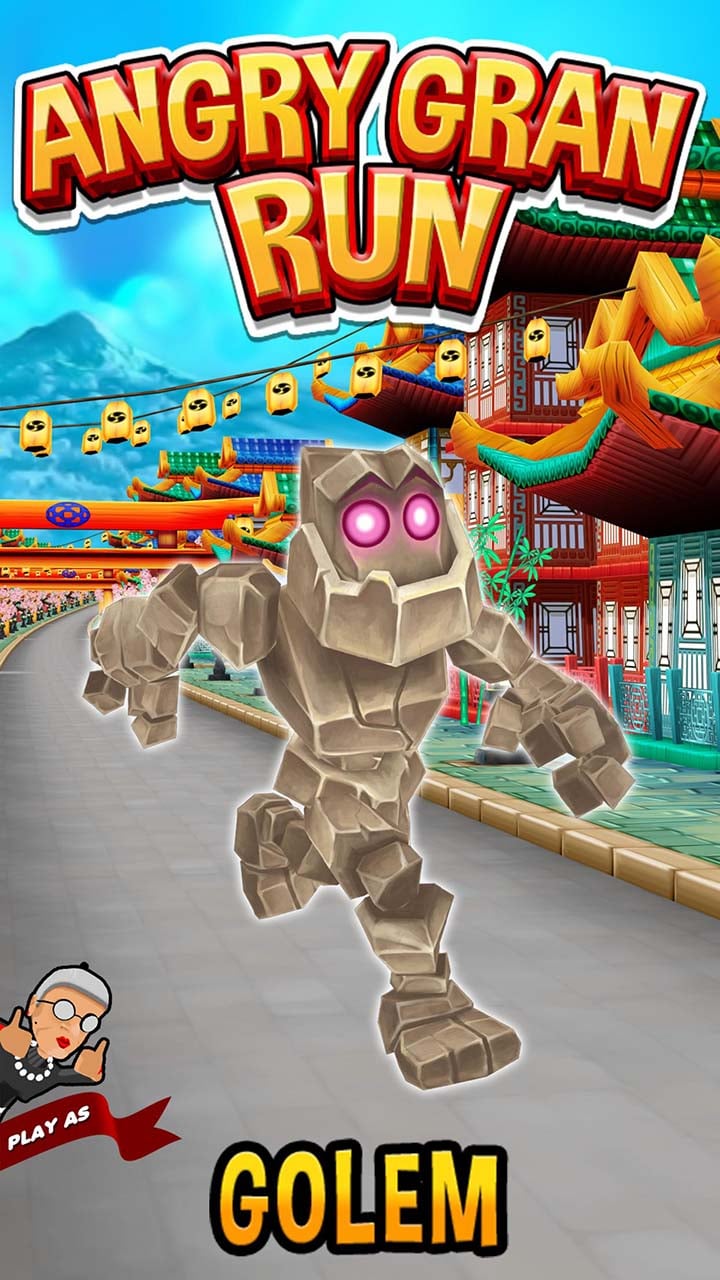 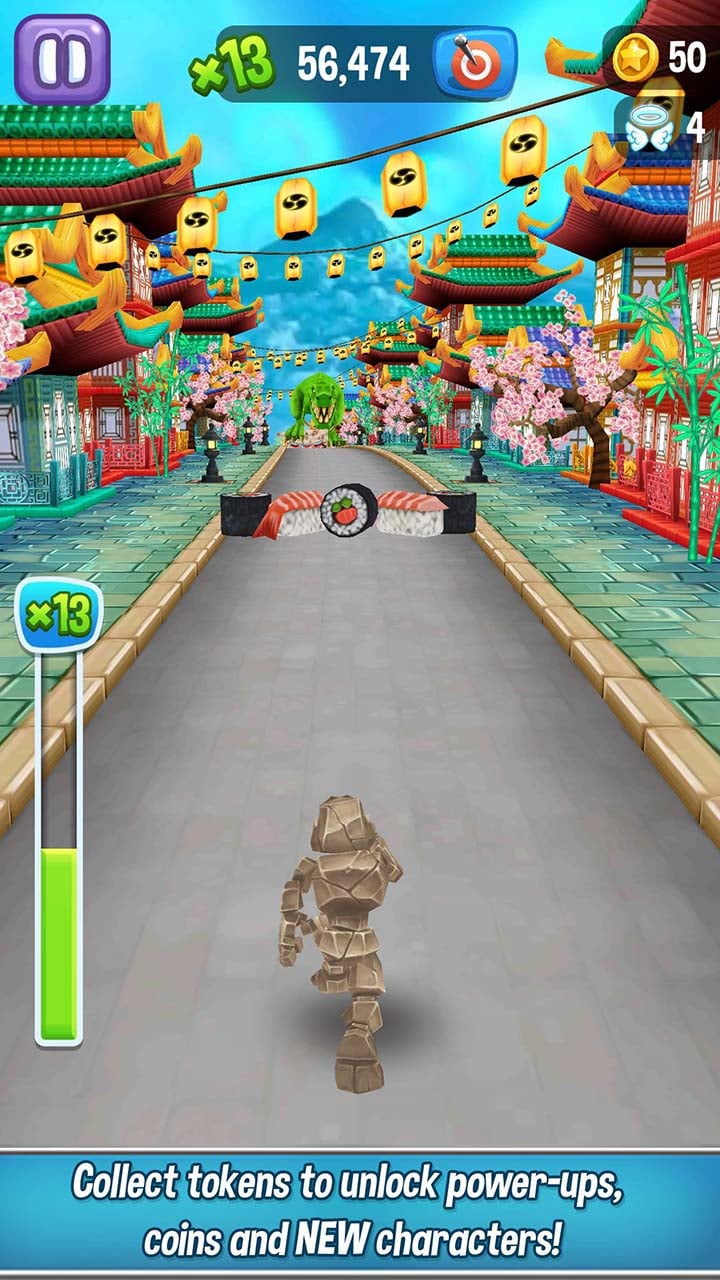 The running game with the attractive things

You can be a guide when you play Angry Gran Run MOD APK. You will take Granny through the streets of Japan in September by running, jump, slide over the obstacles. Your character need to run so fast to run away from Angry Asylum. Your agility and skills will be improved when you help her to run away and avoid the obstacles. The game becomes more dramatic than when the bots are everywhere on the way. Angry Gran Run is the game that has many creations. The player can buy the new clothes to change the look of the character. In addition, the theme of the game will change from month to month. The rewards will help you buy many things for the character. So you should earn so much.

With the simple and jolly gameplay, many people can easily play Angry Gran Run and the game is very suitable for the children. Besides, every month the publisher will release the new themes and characters. This will appeal to the players. They will look forward to meeting the new characters and obstacles. The scene of the game also will be changed to suit each theme of the month. Eye-catching graphics and harmonious color help the play to reduce stress and feel happy after a long day at work.