If you were familiar with Flappy Bird game, you can try playing Duet to-challenge yourself. Duet is among the arcade games that can inhibit the player.-Unlike some different arcade games, you just control a character or an object.-With Duet, you will have to control two objects. Maybe you feel easy, but the-game can make you feel interested.

Duet is a mobile game that was offered by Kumobius – a game developers based in Melbourne. You can download on mobile devices that run on Android and iOS Operating Systems. But with iOS Operating System, you will pay a small fee ($2.99) to install on your smartphone. Duet is also developed on Table. In addition, you can play the game everywhere without the Internet connection.

Background of the game is black with many different shapes that can move. Thank to this, the game has become alive. White obstacles are constantly appeared. The publisher has used two orbs are red and blue that are the striking colors of the game. Interface is very simple but the game still impresses the players. Besides, music of Duet is very special because it was composed by Tim Shiel – a composer based in Melbourne and multi – instrumentalist in Gotye’s live band. Nine unique compositions make the player immerse in the game. You can turn off the music or sound in Setting section, if you want.

Duet has the simple gameplay, the players just need to control the red and blue orbs, guide them to avoid the obstacles. But two orbs are two entities tethered together in symbiosis. The first orb can overcome the obstacles without difficulty, but the second orb won’t be easy. Touch either side of the screen so that your orbs move to the left or right. The orbs have to keep intact, if you want to overcome a level. Your level is reset and you have to come back to the starting line when an orb crashes into the obstacle. At some levels, the obstacles just move from top to bottom or horizontally. But others will be harder, the obstacles can revolve. The movement of the obstacles are very diverse. And they can leap on you anytime. Let’s be careful and try to avoid them when they approach you.

On the other hand, the difficulty of the game will increase. The higher your level is, the denser the white obstacles will be. This makes you move more hardly. But an important thing is rewards. At the high levels, the rewards which give you are very valuable. They can be a motivation of some players. Let’s find a right way at each level. 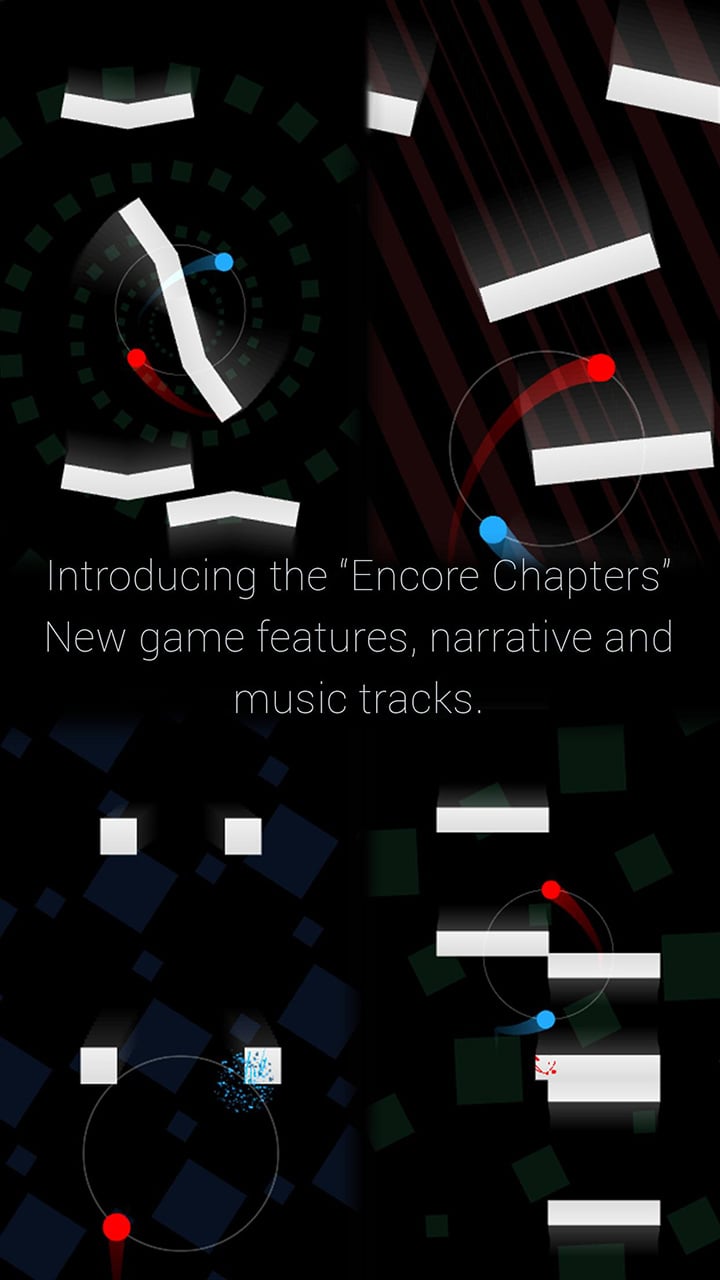 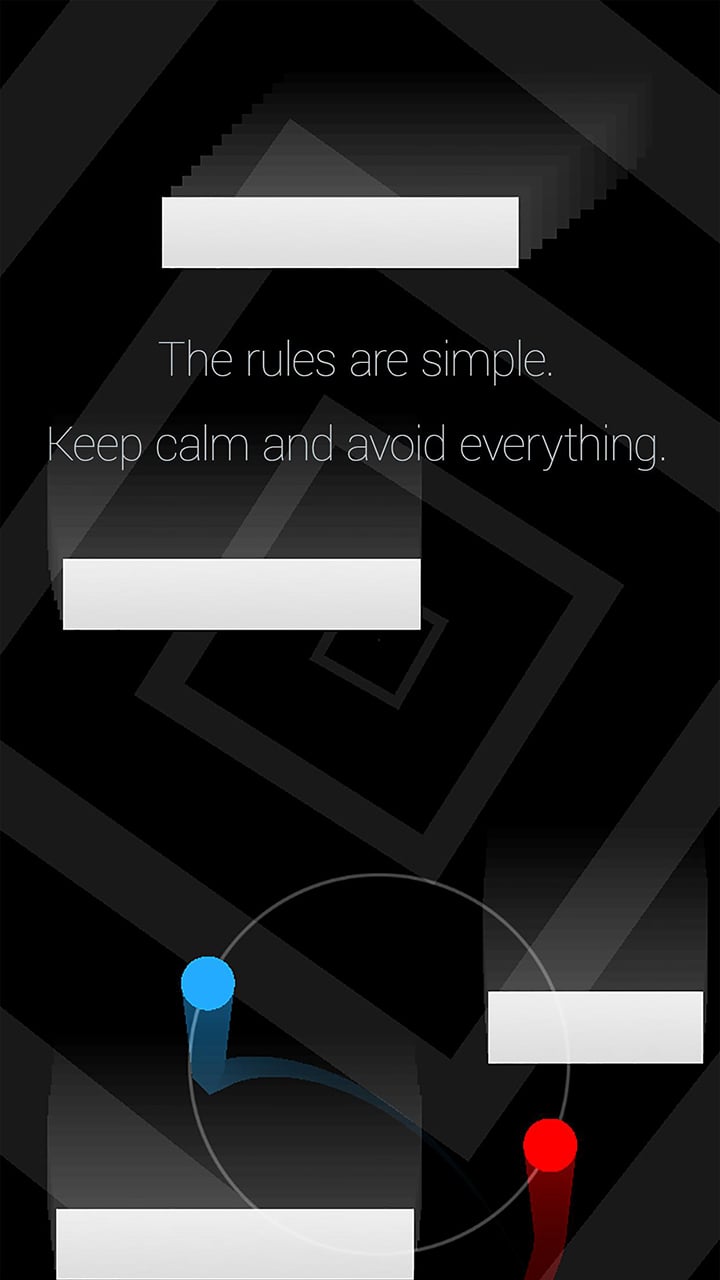 The publisher has challenged the players to 8 chapters in Story of the game, such as “Ignorance”, “Denial”, “Anger”, “Bargaining”, “Guilt” and so on. Each chapter has many different levels. And you can’t play the levels of the next chapter if you don’t pass all levels of the previous chapter. In addition, there are over 25 achievements so that you unlock. They can be the big challenge for the player. Through your control of the orbs, the game will be a place where you test your observation skill.

Duet is free to download, but some chapters and features need to be paid to play. When you have unlocked “Duet Premium”, all advertisements will be removed. At the same time, Survival mode, Daily Challenges and four different chapters are also unlocked. They will bring much bonus for you. The amount of your payment can help the publisher to develop the game. There is a special feature in Duet. That is full sync support (both Android and iOS). Let’s sign in to sync your progress across many devices.

Some tips for you

Don’t forget the moves of two orbs. This is the second tip. Touch the right site to move counter clockwise, and vice versa. The speed and the different position of the obstacles will make you be embarrassed. That is the difficulty of Duet. You can replay any level to practice and memorize the moves of the orbs.

The last tip is the calmness. If you can’t pass the certain level many times, you may feel inhibited. You need to find the reason that you lost then. Besides, you need to have a good strategy to replay that level. The calmness and the strategies are important elements that help the players to win. Sound of the game can also break your concentration. So let’s consider turning on music. Control two orbs and survive against all obstacles. The gameplay is simple, but Duet MOD APK still is the famous game that has received many awards. Design, effect and the soundtrack of the game helped the game to become famous and attract many players. Besides, the difficulty of each level will bring interesting things for the player. The obstacles move in the different directions and speed which will be the challenge for you. Immerse in a journey in Duet with many challenges.

In addition, Duet carries the elements of strategy. Overcoming each level isn’t easy. That can take a lot of your time. The player can’t know beforehand how the move of the obstacles will be. You need to memorize the way that they moved and have your own strategies. Therefore, the game will help you to train your brain and increase your reflex and memory abilities. Moreover, the player can challenge their family and friends to pass the fixed level. This match will be very happy but still dramatic.

Let’s discover and experience the difficulty of Duet now.