Knife play is a dangerous game, but almost everyone who sees a beautiful knife wants to play with it. The children who ignore everything, but they also hold poke, but it is difficult for young people or adults to get rid of this bad habit.

Indeed, many readers in childhood memories were also scolded by adults for playing with knives. With that in mind, game developer Beresnev Games has released an impressive mobile game to satisfy this strange “love of knife” of humanity.

It will be a product that will help you play knives in your safety circle without fear of cuts or dangerous accidents. Trust me, and Flippy Knife will not cut your hand while playing a knife.

Instead, you will smash your phone for a very different reason in this game. Let’s explore this exciting game with me!

The Flippy Knife offers a treasure trove of knives of different types for you to play with. You can choose from popular varieties such as a butch knife, machete, to scarce ones like kunai, pear AK and AK tree.

You can buy some of them with coins accumulated in the game. But there are also a few types that must be opened by viewing ads, some given daily attendance transcripts.

Overall, the Flippy Knife is an excellent time-killing arcade game. It helps you to do knife tricks that you wouldn’t dare to do even in real life. For example, juggling a Kanata or throwing both its AK and its pear nose into the target.

Moreover, you can play the game without an internet connection. So, it is the right choice to pass the time while waiting for the bus or going out to areas where Wi-Fi is not available, 3G is blocked, and the phone signal is not sure to catch.

Flippy Knife has unique gameplay. The player will toss the knife so that the knife’s tip sticks to the wooden surface as it falls—diverse game modes with different challenges. Players need to buy enough knives to be able to unlock a new game mode.

With gameplay similar to Bottle Flipping, Flippy Knife is a pretty entertaining game, simulating a realistic knife throwing game. The player controls the knife by flipping it to the correct targets.

Although this game is simple, it is full of challenges. It requires players to calculate carefully and, more importantly, be very patient when participating in this game.

The rhyme of the name Flippy Knife also reminds you of the damn bird Flappy Bird. And you guessed it right, this game is just as hard to chew as lifting the bird through the drain.

Flippy Knife is a fun collection of knife games. Each game has a different way of calculating points and playing different but generally “sour,” you will fail hundreds of thousands of times to be able to crawl through the game screen. These games are as follows:

The knife will fly up, rotate and fall. If it sticks the nose down the base, you will succeed once. If the knife does not plug the nose or fly off the pedestal, it is a failure. Each time you succeed, you will receive a few coins. Successive successful combos will lead to a large reward of up to several dozen coins.

Failure to plug or fly off the platform is considered a failure. If you plug your nose down the base, you will receive a few coins and can continue to the next pedestal and will occasionally have prizes placed on the pedestal for you to hit to get.

This mode requires people to pass hundreds of wooden planks of different heights and collect as many coins as possible. In this mode, the player is not afraid of losing because if he misses the knife, the player starts over at the position he just threw the knife.

Observing, aligning angles, and throwing force is what players need to do. The most important thing is the patience and calm of the player.

The modes of play above are not the only beautiful things to the Flippy Knife because it is boring. The game allows you to play these games with several dozen different knife styles with different shapes. These knives will sell for coins, so you will have to “plow” from the essential knife to have money to buy real knives. 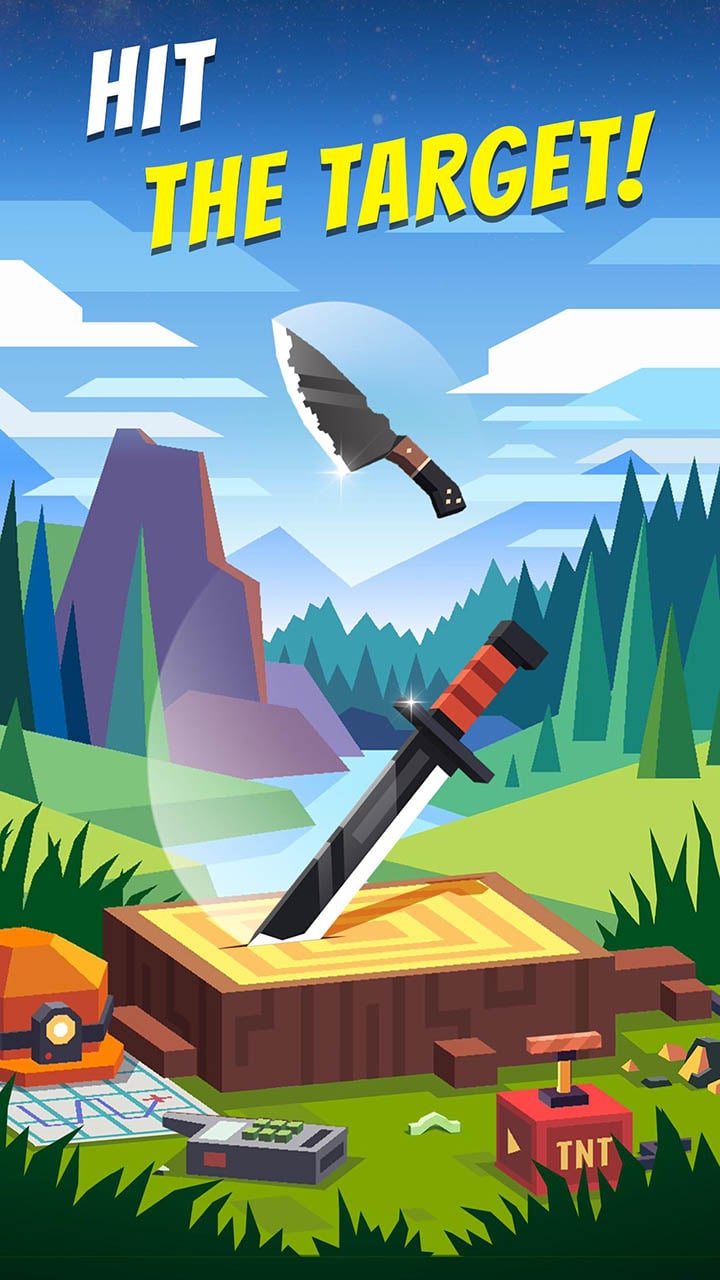 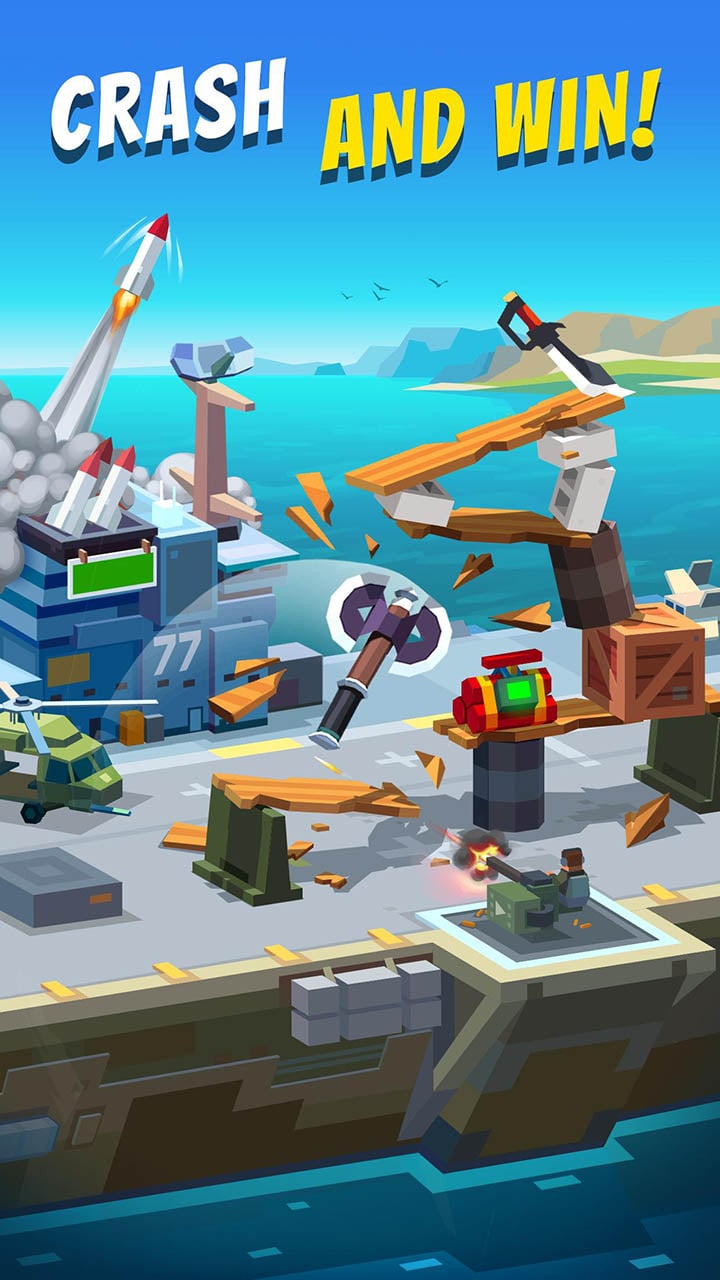 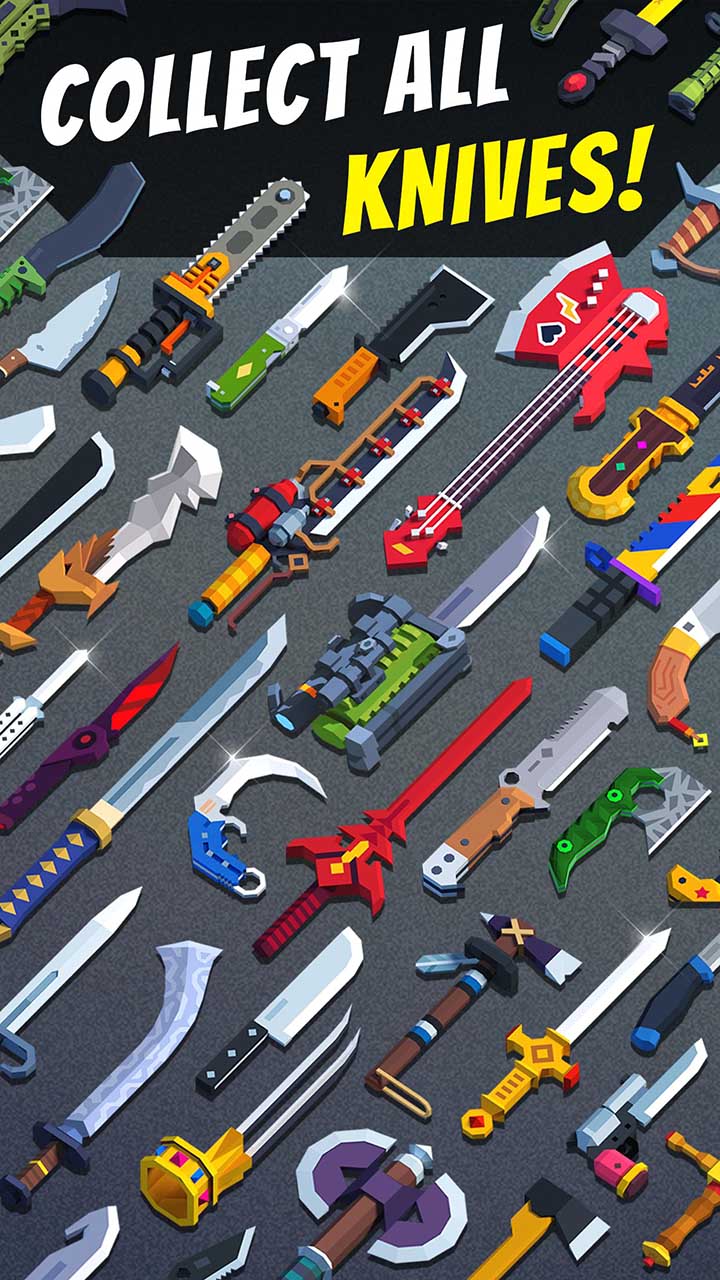 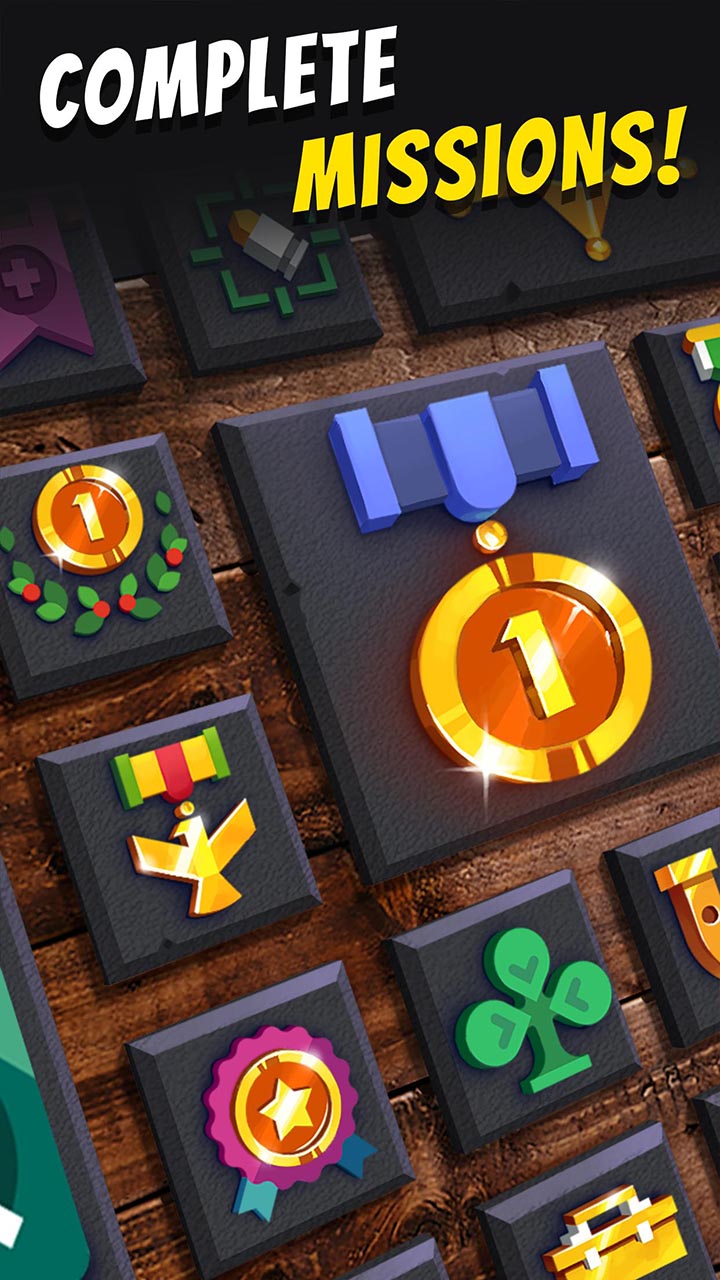 Players can choose more than 35 types of knives, swords, axes. Each knife will be different in size and weight. Players can flexibly change knives in different game modes.

After completing the daily quests, a certain amount of coins will be transferred to the player’s in-game account. Also, when completing a badge in the collection, players will receive coins corresponding to that badge’s value.

The Flippy Knife also introduces a unique feature called “knife physics.” The knives will be made according to the principle of physical reproduction. The blade’s weight, shape, and position will affect how it flies, turns, and sticks its nose into the target. When launched in the same direction and force, a tweezer will give a different result than a machete that is longer, heavier, and has a different shape.

Beautiful 3D graphics, creating a variety of knives and swords that are designed extremely sharp, possessing a particular gloss on the blade. The image in the game is built with bright colors, with animation switching between light and dark.

When the TNT bomb is activated in BUFFER mode, a terrible explosion occurs and blows everything around, then only a pile of ruins.

If you miss too many times in ARCADE mode, the player will receive a very humorous continuous complaint.

Flippy Knife Mod APK is considered quite challenging for players because throwing knives is entertaining and requires players in many different ways. The game also impresses players by creating a unique, new knife with shapes that the player did not expect. Join the Flippy Knife now and become a knife master!