Get ready for your once in a lifetime experiences in Godzilla Defense Force, defend your city from giant monsters that you can only see in movies. And most importantly, you’ll have your chances to face off with the King of Monsters, Godzilla. The ancient superpower monster has been living under the sea for years now make it return to the land. Find out more about this exciting monster defense game with our throughout reviews.

The game takes place in the near future set up where humans have now achieved great milestones in technologies. We thought we’ve known everything there is about the planet and there is nothing that we can handle.

Well, that statement would need time to prove as we’re about to be attacked by unidentified monsters and beasts that spawn out of nowhere. Make uses of your powerful fire powers to defend the city for emerging enemies. And most importantly, brace yourself for the ultimate attacks from the king of monsters – Godzilla. 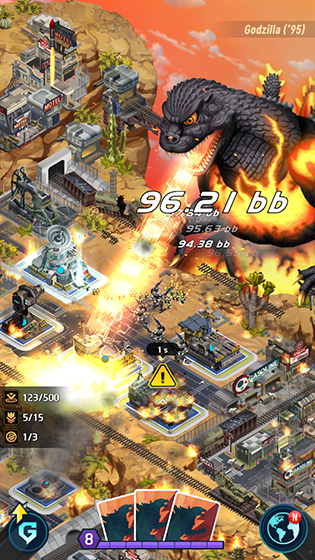 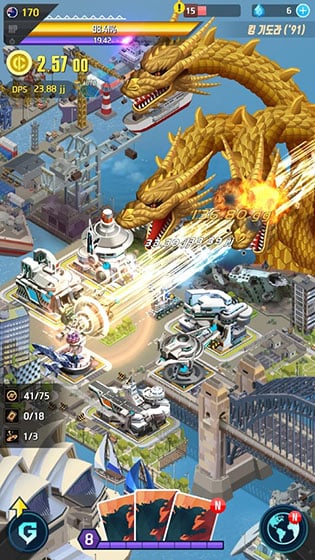 Experience a monster defense title like never before with Godzilla Defense Force. Here you’ll find all the exciting features that the game offers:

Enjoy the first ever defense game featuring your favorite monsters

Explore the unique base defense game with Godzilla Defense Force. Take down the annoying bugs that been messing with your city and confront their giant masters. In this game, players will have their chances to go against some of the most famous monsters in history and defense major cities from their attacks.

Travel to various locations all over the world and put your commanding skills to practice. Defense important cities such as New York, London, Tokyo, Sydney, and so on from the enemies’ sudden assaults. Show the monsters who is the true master of this planet as you strike them down. See if your defense is formidable or the offensive monsters like Kaiju and Godzilla are better in this epic showdown. 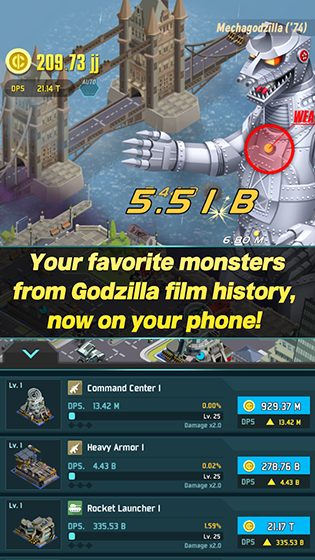 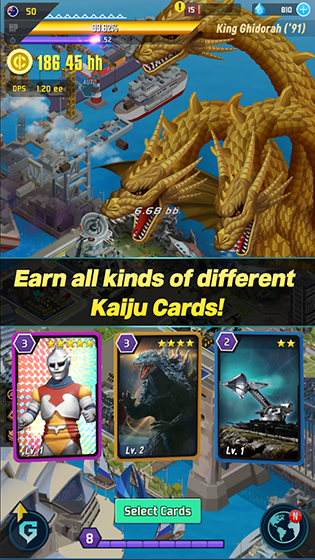 The game allows players to engage in exciting base builder gameplay. Make good uses of your tactical view and commanding skills to build up your defense system. Power up your forces through incredible lunar colonization as well as went through special training to toughen them up.

The game even introduces a time-traveling mechanic, in which you can return to a previous timeline to stop the enemies before they could make any progress. Build your base as you defend them from legendary monsters. And combined with the established bases from all over the world, you can create a complete defense system, which is capable of responding to any attacks.

Upgrade your technologies and firearms

And to give your armies decisive advantages over the ruthless monsters, it’s important that you can spend time and resources to invest in the technologies. Stack them up layers and layers and you’ll earn yourself powerful boosts that’s enough to turn the course of a battle.

Give your units more health and powerful fire powers as you command them to take down the monster effectively. Reduce the manufacturing time to give your allies more equipment and war machines before the enemies could attack us. 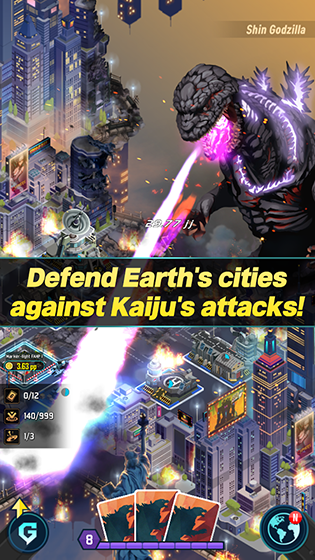 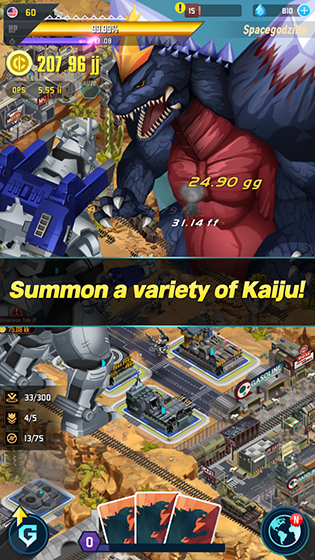 In addition, with various equipment and gears, that’s available, players in Godzilla Defense Force are allowed to take on different approaches and tactics to deal with different enemies. It’s your job to utilize your advantages and take down the enemies before they can escape. However, make sure you can assess the situations and come up with the right decision, in cases that the enemies have out-powered you.

Confront Godzilla and epic monsters throughout the history of movies

Here in Godzilla Defense Force, players will have their chances to go against some of the most infamous monsters throughout the history of movies and TV shows. With all the forms of Godzilla starting from 1954 to the recent time, players will have a hard time dealing with his overwhelming powers. Fortunately, you’ll be given time to prepare before the epic monster attack your base.

But make sure you use it effectively since you don’t have too much time before the King of Monsters strikes. Along with the badass Godzilla, the game also introduces several other monsters from over 29 different famous movies. Make sure you’re well-prepared since they won’t have any mercy in your city.

On the other hand, players are also allowed to collect Godzilla cards to summon him to help you during your battles.

By introducing the simple and intuitive controls with idle-clicker mechanics, players in Godzilla Defense Force will find themselves having enough time to prepare your bases as well as defending the cities at the same time. All you need to do is tap and tap on the screen to gather your troops as well as organizing your defense. Hence, you can enjoy the game while you’re at work or on your way to the subway. No matter where you’re staying at, Godzilla Defense Force is always ready for you to enjoy.

The game is currently free to play and available on most Android devices. All you need to do is download and install the game on the Google Play Store, then you’ll be good to go.

With simplified graphics, Godzilla Defense Force delivers smooth and comfortably gaming experiences even on the low-end devices. You can enjoy exciting monster defense gameplay on your devices without lags or stutters.

With powerful and impactful soundtracks and audio effects constantly raining down, players will completely forget everything that’s surrounding them and have complete focus on the game.

Godzilla Defense Force is one of the few great Android titles that you could enjoy for hours on end. Make great play by selecting the right unit compositions and buildings. Take down the epic monsters and overcome your fear of them.