Get ready to immerse yourself in the exciting mobile game of Hit Master 3D: Knife Assassin, in which gamers will have their chances to become the ultimate action spy and take on the epic missions against the enemies. Attempt to get through the line of the enemies with your epic knife throwing skills and allow yourself to stay untouched.

Make your great escapes and also save many lives that were held hostage by the enemies. Unleash your accurate shots and take down the opponents as you progress. Find yourself being challenged by more and more enemies that’re coming at you with all kinds of interesting weapons. Become the ultimate hero to take them all down with your perfect and clever shots.

Learn more about this interesting game from CASUAL AZIR GAMES and all of its features with our in-depth reviews.

Here in Hit Master 3D: Knife Assassin, Android gamers will have their chances to take on the ultimate 3D knife throwing challenges by becoming our ultimate spy. Find yourself being challenged by waves of enemies that are slowly coming at you. Make uses of your perfect shots to take them down one by one. Or enjoy working with the interactive items that’re all around you to easily blow them up.

Have fun engaging yourself in the action-packed gameplay with endless action and fun. At the same time, also enjoy the simple yet extremely addictive knife-throwing experiences in the game. Experience the interesting 3D graphics with powerful visual effects. Unlock your hilarious and thrilling gameplay with the simple interactions and its addictive mechanics. Enjoy your favorite game through many levels and adventures. All of which should keep you hooked to the mobile action title for hours on end. 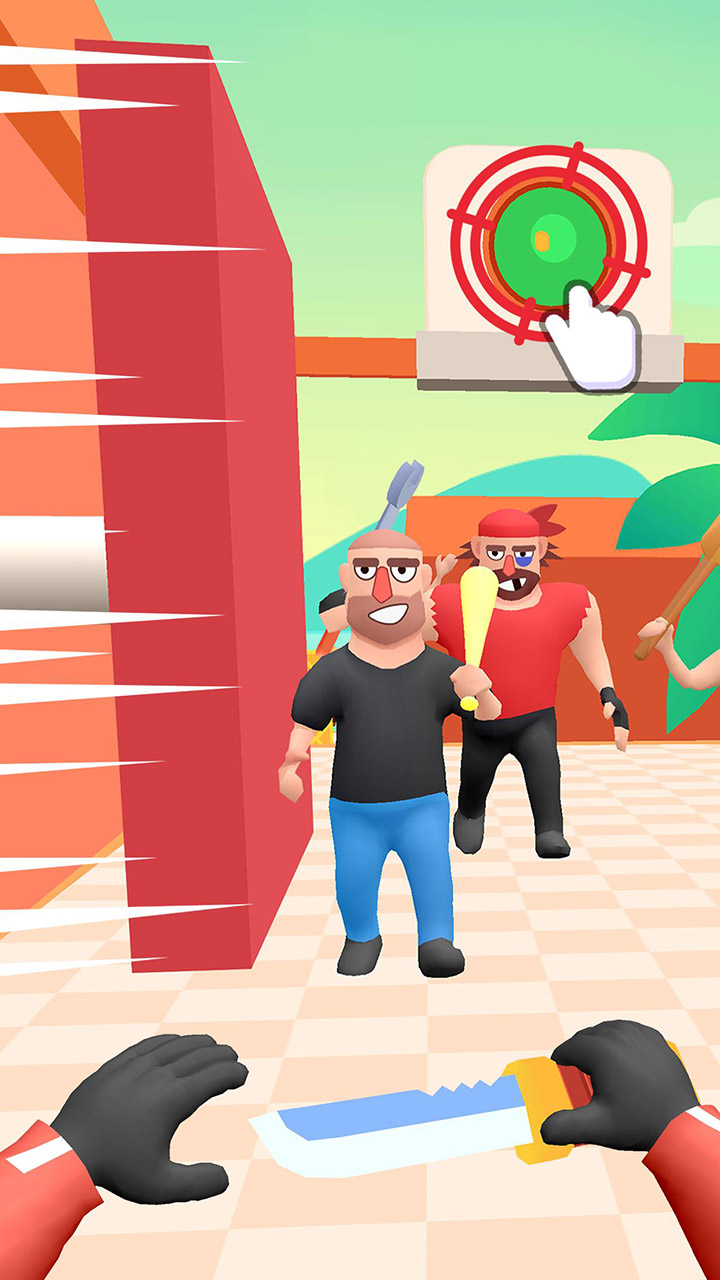 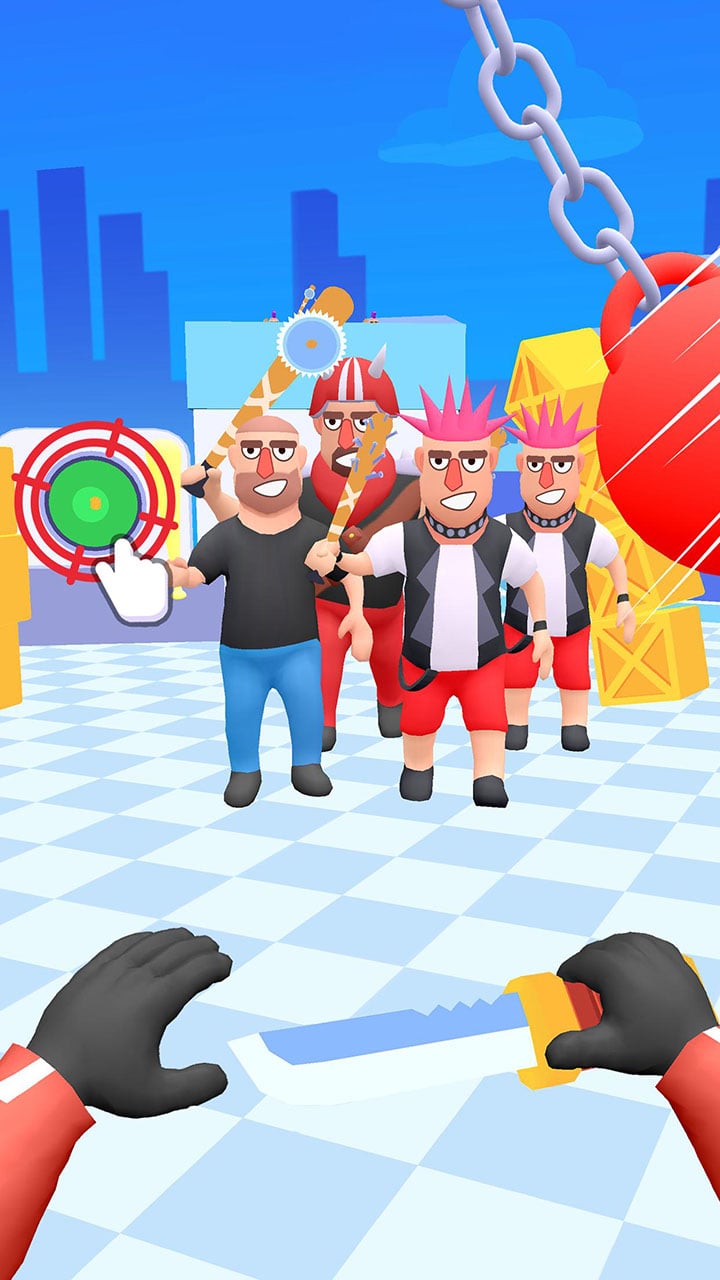 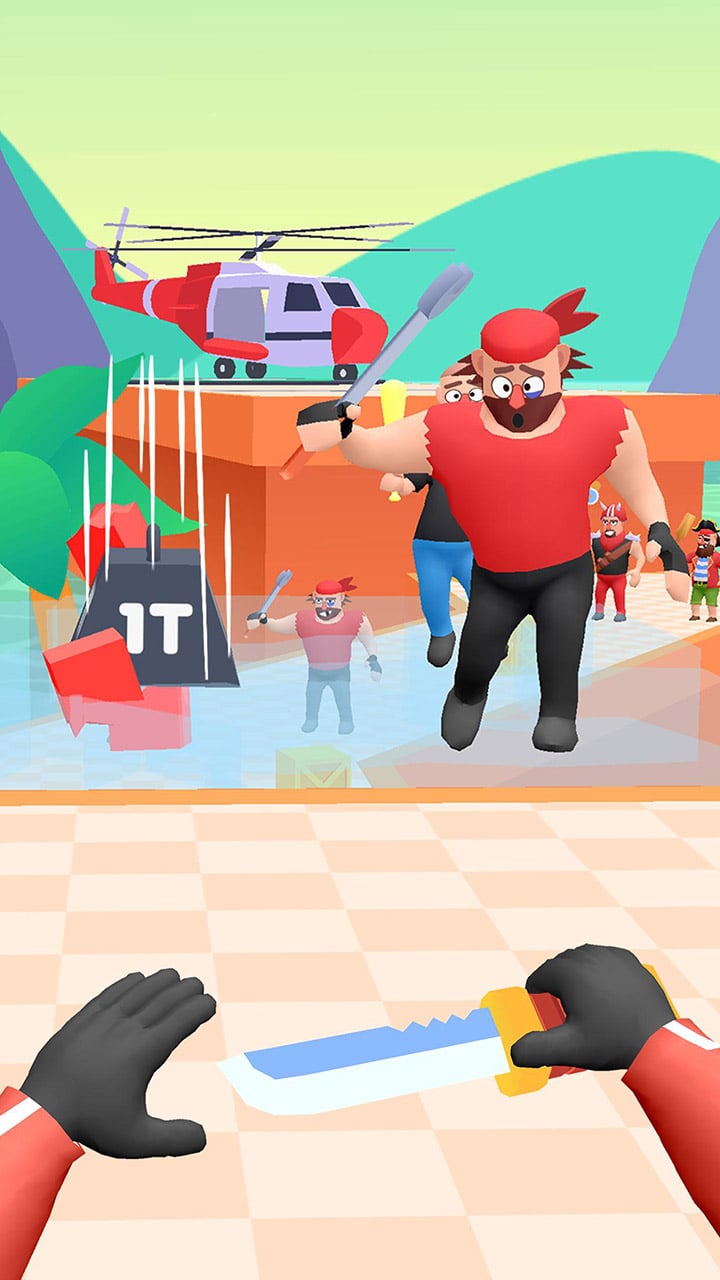 To start with, Android gamers in Hit Master 3D: Knife Assassin can immediately have fun playing their favorite action game, thanks to the intuitive in-game controls. Simply tap on the screen to aim and shoot your knife. Make uses of the simple interface to freely explore the in-game features and explore their content. Take down all the enemies that’re coming at you to move to the next location and beat them all to complete your levels.

Interesting levels for you to enjoy

Speaking of which, Hit Master 3D: Knife Assassin will allow Android gamers to have absolute fun with many of their interesting in-game levels, each offering its own unique gameplay and features. Here, gamers can freely take on their tasks which require great accuracy and quick reflexes to take down the approaching enemies. With the reasonable levels of difficulty throughout the game, you can always have fun playing the awesome mobile title.

Many interactive items for you to work with

For those of you who are interested, you can now freely interact with the in-game props, which would make the knife throwing experiences a lot more fun and enjoyable. Feel free to defeat your enemies with your clever shots on the explosive barrels that would send the enemies flying all over the places. Or make uses of the weights to break the wooden deck and let them fall down. And don’t forget about the various loot boxes which you can pick up whenever you’re in the game.

Save hostages and earn your bonuses 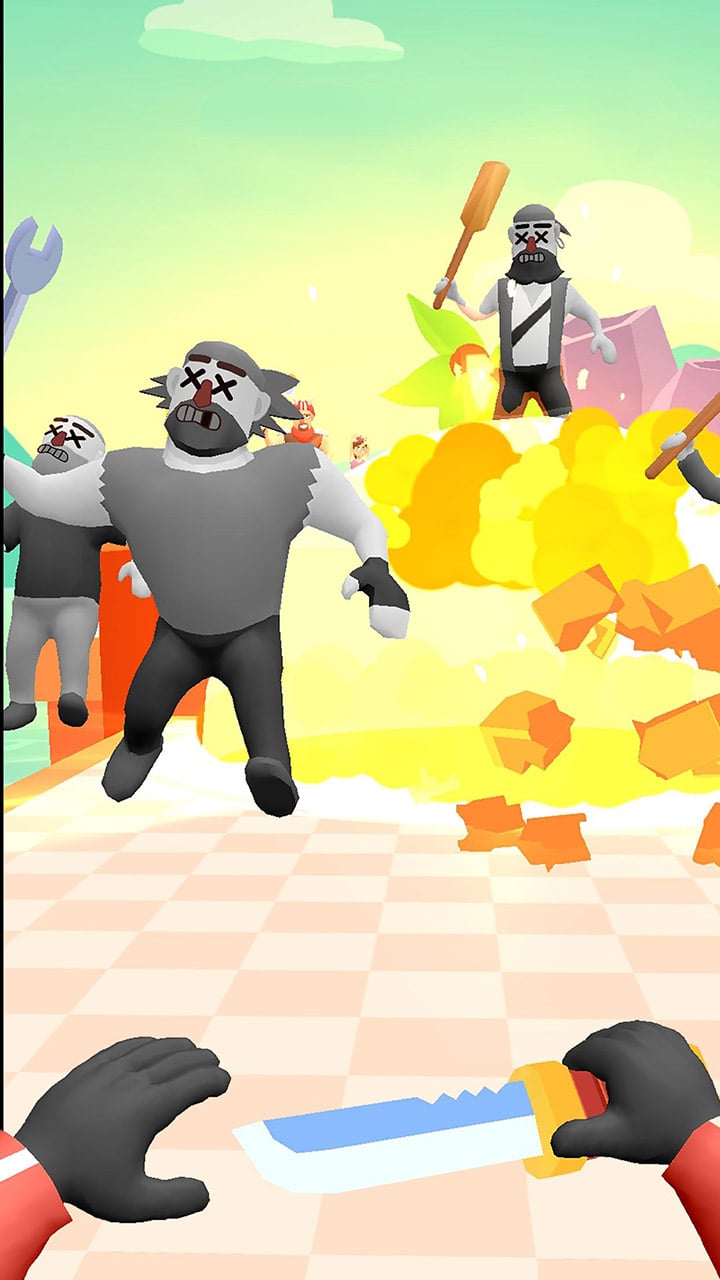 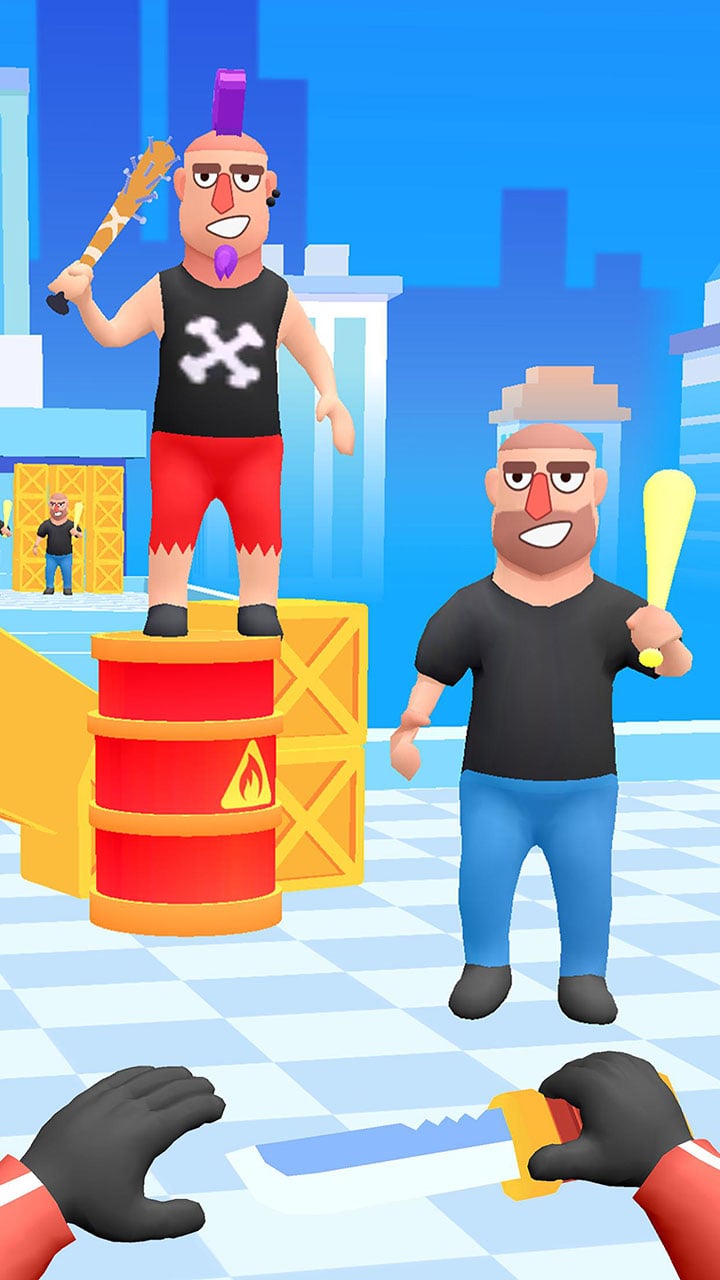 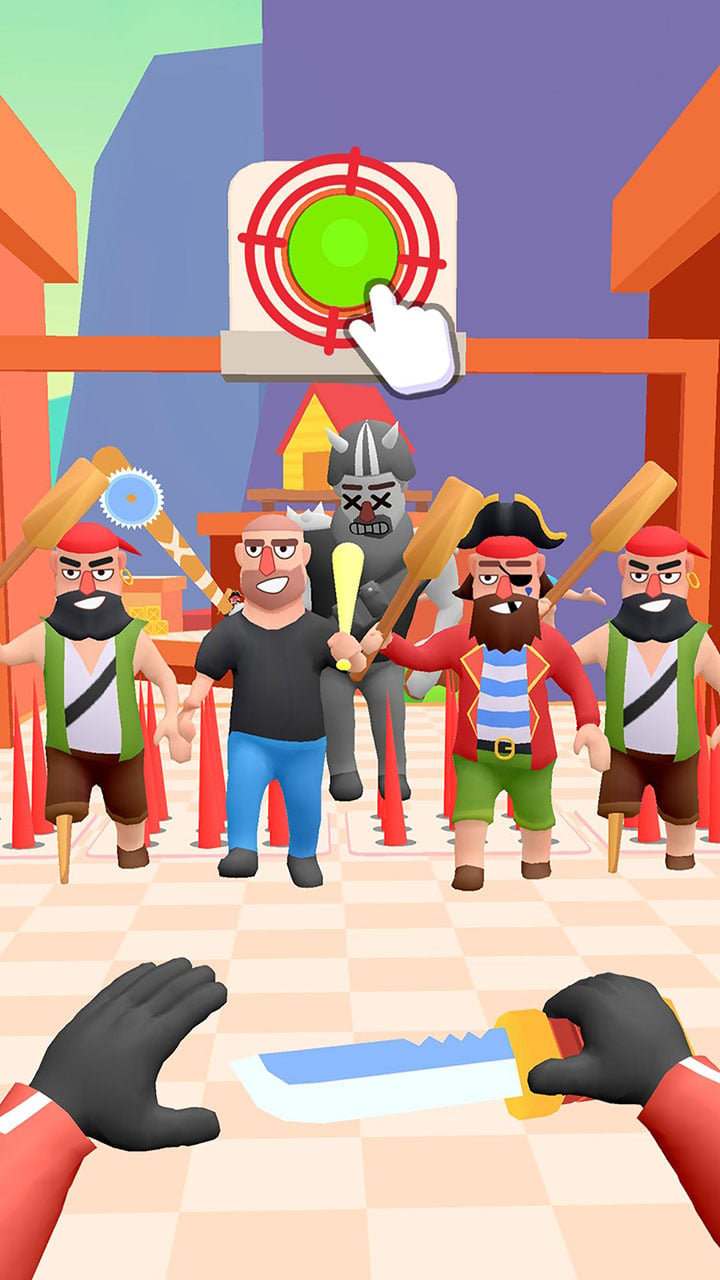 Many enemies to deal with

Throughout the game, Android gamers will find themselves going against all kinds of interesting enemies, each having their own unique looks and in-game mechanics. Find yourself being challenged by muscular dudes holding baseball bats, spanners, and all kinds of intimidating weapons. Plus, as you progress in the game, the enemies will also get more resilient and require you to make more shots to take down.

Useful superpowers to work with

To make the game more interesting, Android gamers can also make uses of many super powers from Hit Master 3D: Knife Assassin, which will allow them to further enjoy the game. Feel free to unleash your Soul Taker to immediately take down the enemies once being touched. Make uses of the powerful Lighting Rage or Dynamite to easily blow up your opponents immediately after being triggered. The list goes on.

Interesting customizations for your character

For those of you who are interested, you can now enjoy playing with many unique customizations in Hit Master 3D: Knife Assassin, which will allow Android gamers to freely change their weapons and have more fun playing the action title. While these weapons won’t have any effects on the gameplay, their unique appearance’s and in-game mechanics will certainly make the knife-throwing experiences more enjoyable.

Have fun playing the offline game at anytime

To make the game more enjoyable, Android gamers can now have fun playing their offline gameplay of Hit Master 3D: Knife Assassin at any time. This would make the game much more accessible as you won’t have to connect your devices to the Internet anymore.

Despites all the exciting features, the game is still free for all Android gamers to enjoy on their mobile devices. All it takes is for you to download the game from the Google Play Store, no extra payment is needed. Feel free to have fun with many free features in the game whenever you want.

Enjoy the free and unlocked game on our website

However, since the game still features ads and in-game purchases, you might want to go for the modified version of Hit Master 3D: Knife Assassin on our website instead. Here, we offer unlimited in-game money, removed advertisements, and many amazing features. All it takes is for you to download and install the Hit Master 3D: Knife Assassin Mod APK, follow the given instructions and start having fun.

Get ready to immerse yourself in the exciting mobile title of Hit Master 3D: Knife Assassin on your mobile devices. Have fun playing the interesting mobile game with its unique visual elements and hilarious ragdoll physics. Plus, the powerful visual effects and unique animations will always make the game stand out from other titles.

Together with the interesting mobile title, Hit Master 3D: Knife Assassin will allow Android gamers to freely immerse themselves in its powerful sound effects and exciting soundtracks.

If you are tired of being a Stealth Master and would like to take down your enemies head on like a true hero, then Hit Master 3D: Knife Assassin is certainly a great mobile game to enjoy. Immediately engage yourself in the simple yet extremely addictive gameplay. Explore many interesting levels and unique in-game elements, which would make the game a lot more fun and enjoyable.