For those of you who’re interested in the exciting action movies, the thoughts of you being the badass main character and being able to defeat the enemies with styles aren’t so strange. That being said, many of us have wanted to be the badass fighter who could take down an entire crime organization with our incredible weapon skills, fighting techniques, and unmatched intelligence. And with Johnny Trigger, you can finally become that badass hero that you’ve always wanted to become.

Join our main character, Johnny, as he takes on the ultimate fights with an entire crime organization in your latest adventures. Execute incredible shoots with great accuracy and brilliant calculation. Make uses of your surroundings to effectively deal with multiple enemies at once. And enjoy the side-scrolling shooter gameplay with the unique element of tactics whenever you want.

Find out more about this amazing game from SayGames with our reviews.

In the game, Android gamers will find themselves playing as the ultimate main character in an epic action movie. That’s said, you’ll find yourself being confronted by multiple enemies that are all armed with guns and deadly weapons. But being the main character, you have all the power to effectively defeat your enemies and pull out stunning performances with your guns.

The unique and exciting gameplay with slow-motion actions will certainly make Johnny Trigger stand out from most other Android games. Plus, the intuitive side-scrolling view and interesting ragdoll physics will make each and every action in the game a lot more fun and enjoyable. 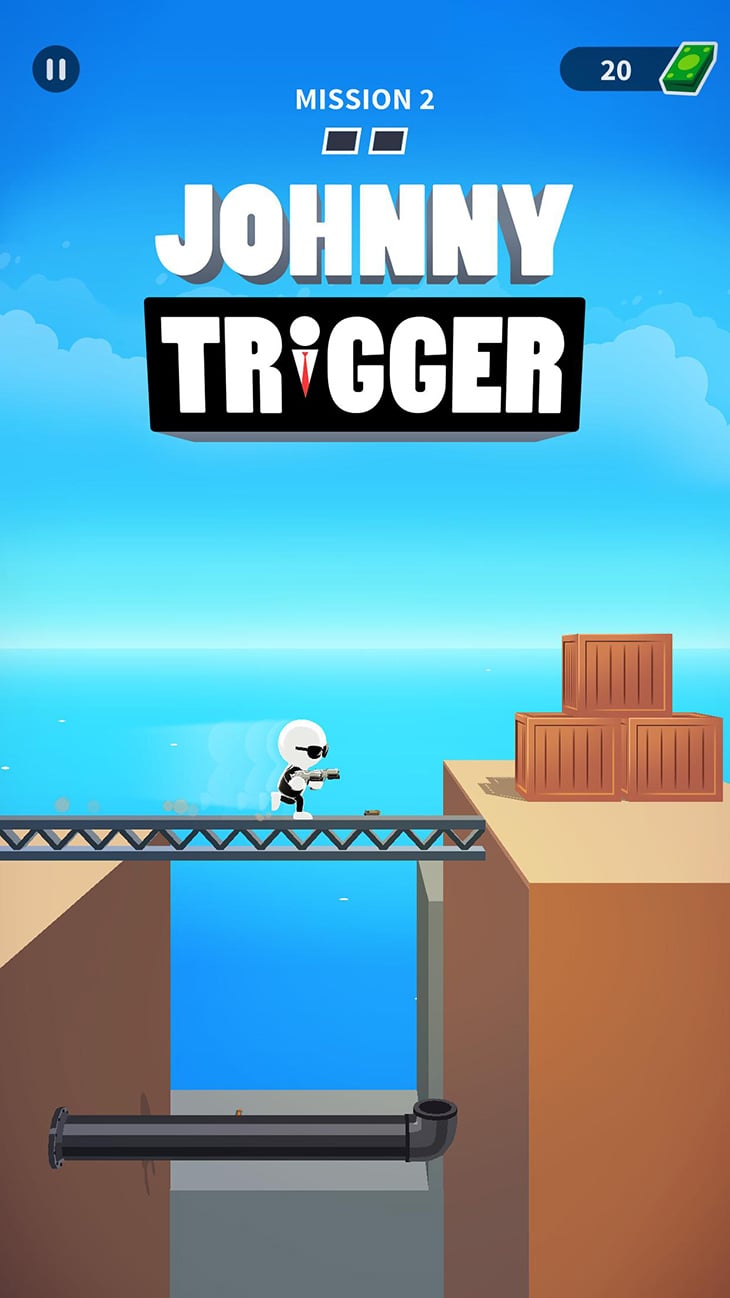 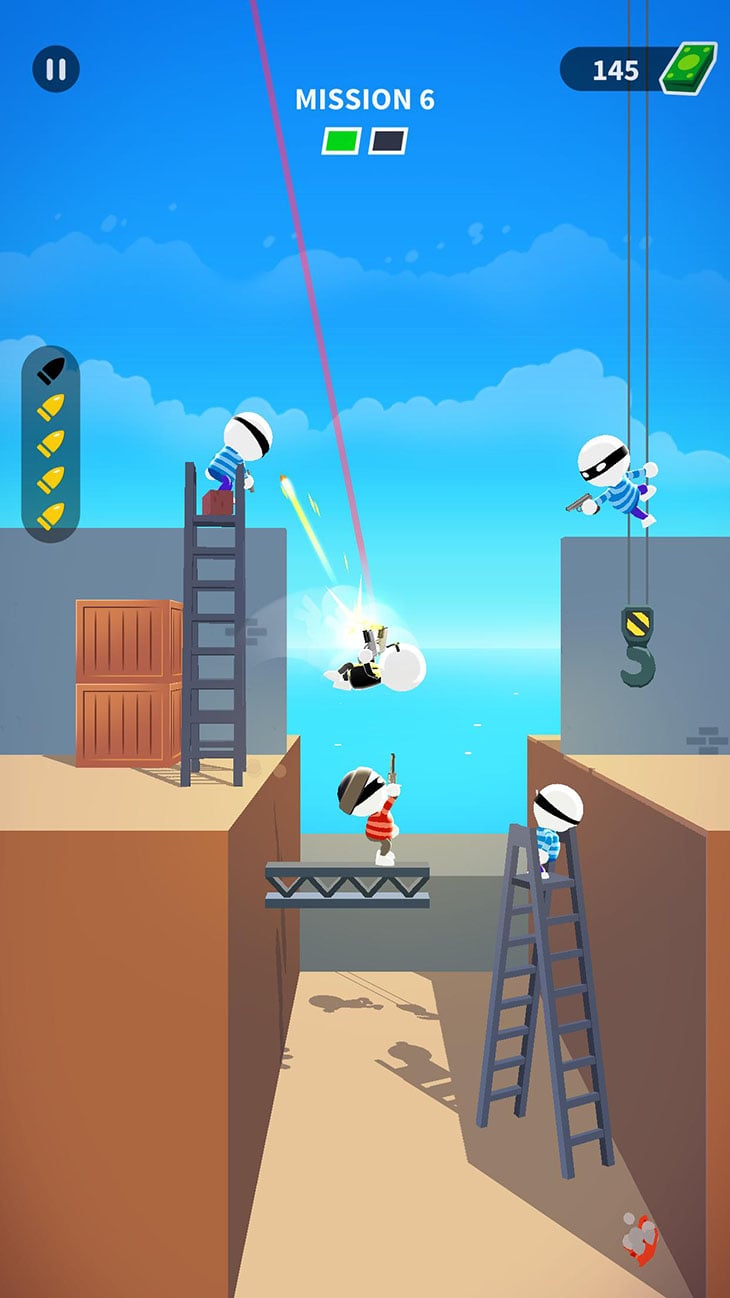 To start with, Android gamers in Johnny Trigger will find themselves enjoying the classic side-scrolling action gameplay like most other casual titles such as Stick War: Legacy, Hunter Assassin, and the likes. However, the unique element of the slow-motion shooter will certainly make the game stand out from many other mobile titles. That’s said, you can now enjoy playing your favorite action game while experiencing the movie-like shootouts with your badass character. Instead of playing a simple game, you can now have fun with the incredible action movie with you being the main character.

And as you progress into the game, hundreds of available levels will be ready for you to enjoy whenever you’re ready. Feel free to explore and experience the awesome gameplay of Johnny Trigger through many different levels with unique setups and features. Plus, with escalating difficulties in each level, you’ll certainly find the game being a lot more fun and enjoyable, no matter what level you’re currently at.

Interesting maps with many exploitable elements

And for those of you who’re interested, Johnny Trigger also features the amazing map with many exploitable elements. That’s said the amazing map setups with introducing different gameplay and approaches that you can have in Johnny Trigger. Feel free to discover the awesome gameplay of Johnny Trigger as you progress through the awesome maps. Instead of just shooting your enemies, you can now make uses of the gas can to blow up the enemies, or unleash your barrel traps as you bury your enemies under heavy drops. Find yourself the main actors in your own badass story.

Pick up more powerful weapons and get going

As you progress through the game, gamers in Johnny Trigger will also find themselves exploring many interesting weapons, each with its own unique features and powerful abilities. That’s said, from using your old pistol, gamers can step up their game by getting their rifle. And to deal with the difficult bosses, it’s even possible for you to pick up the incredible rocket launcher and create mayhem as you explore the exciting levels. 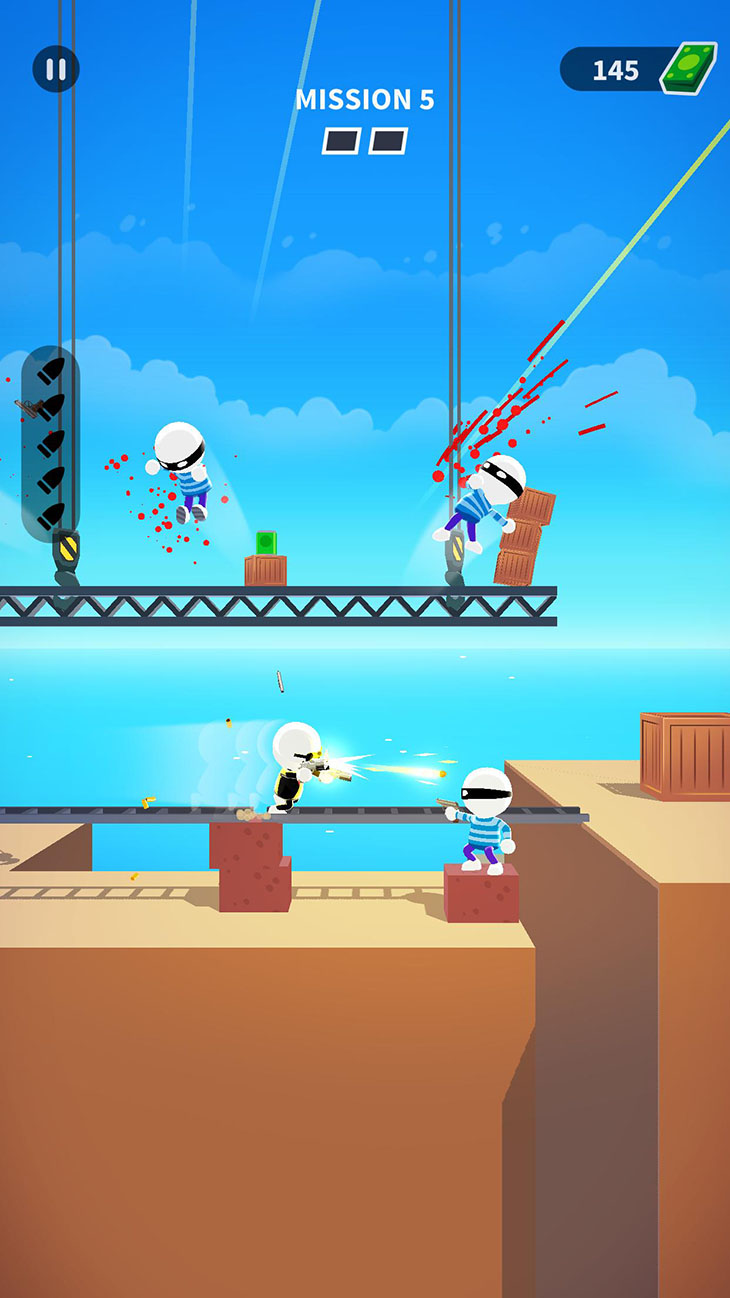 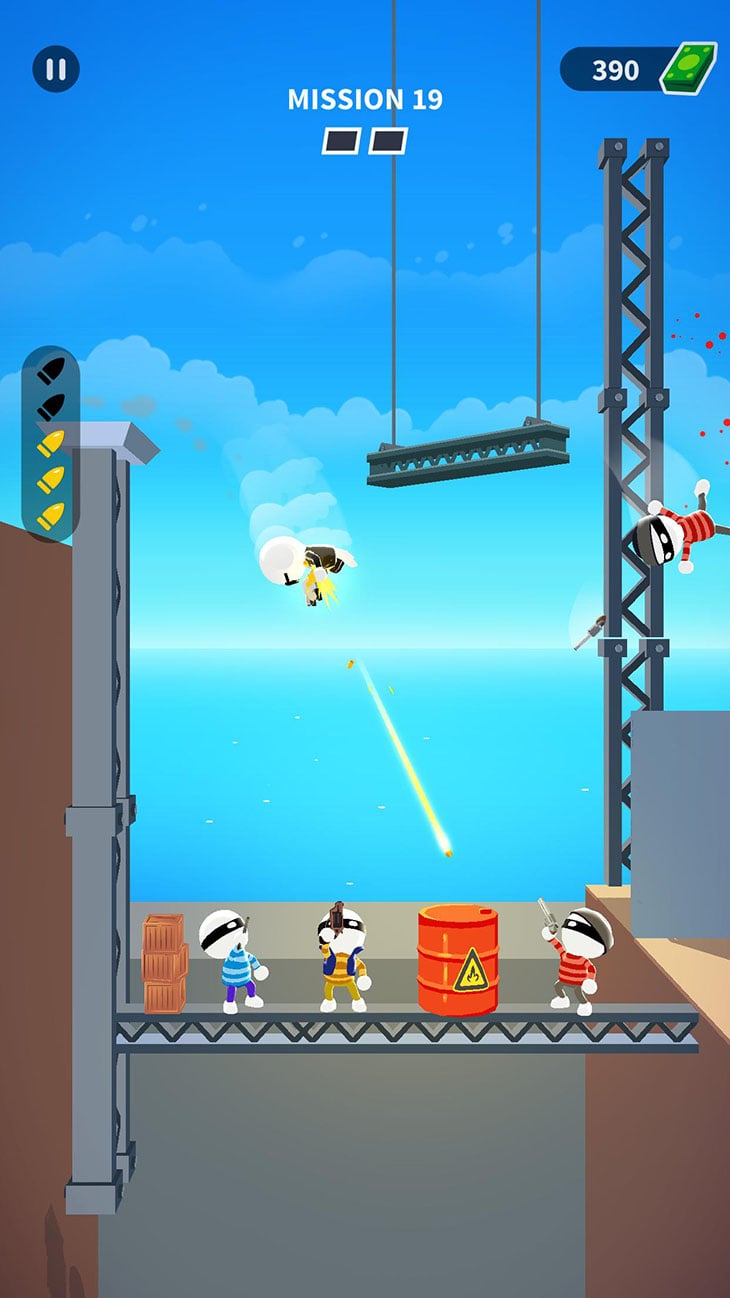 On top of that, to make the game more interesting and personal, gamers are also introduced to a variety of different character customizations that they can pick up and enjoy. These include stunning costumes and outfits that you can put on your characters. Turn them into the main actor in a variety of different action movies, both as the protagonist and the antagonist. It would be one hell of an adventure with your amazing character customizations in Johnny Trigger.

And to optimize your portable gaming experiences, gamers in Johnny Trigger will also find themselves enjoying their game with or without the Internet connection. That’s said, you can easily unlock the offline gameplay even when you’re outside and don’t have your mobile data ready. This would allow for your absolute portable gaming fun whenever you’re ready.

And despite having all those incredible features, the game is still free for all Android gamers to enjoy on their mobile devices. That being said, you can easily have the game downloaded from the Google Play Store without having to pay anything. However, since it’s still a freemium title, ads and in-game purchases will always be unavoidable. Thus, to avoid this, you might want to take a look at our modified version of the game.

With this mod, you can now have fun with the completely unlocked gameplay, featuring unlimited money, removed ads, and more. The combined in-game experiences will allow you to enjoy Johnny Trigger to the fullest. And all you need to do is to have the Johnny Trigger Mod APK downloaded and installed from our website. Follow the provided instructions and you’ll be having the game ready in no time.

Start your journey by diving into the exciting and enjoyable shooter experiences in Johnny Trigger as you have fun with its powerful visuals and in-game graphics. The smooth and satisfying gameplay allows Android gamers to fully immersed in their shooter gameplay, especially during the epic slow-motion scenes. And with the undemanding graphics, you can enjoy the game even on your low-end mobile devices.

Along with powerful visual experiences, gamers in Johnny Trigger will also find themselves fully immersed in their action gameplay thanks to the powerful sound effects. That’s said, the amazing in-game music and audio allow gamers to fully dive into the experiences. And for the first time, you’ll be the sole main character in your own epic action movie.

For those of you who’re looking for an exciting action title to enjoy on your mobile phones, you wouldn’t be able to find a better title than Johnny Trigger. That’s said, the amazing shooter gameplay and slow-motion actions make the game completely stand out from other titles. And with the unlocked and free gameplay on our website, you’ll be free to enjoy your in-game experiences to the fullest.