Basketball fans rejoice! Time to enjoy the most authentic basketball experiences with the latest installment of the world-renown franchise. Immerse yourself in epic NBA battles in which you can control your favorite real-life NBA players and challenge your opponents as you take on various basketball challenges. Find out everything you need to know about this amazing basketball title from GAMEVIL with our reviews.

Here in NBA Now, players will have their chances to experience the world best basketball league right on the mobile devices. Enjoy taking control of your favorite players and lead your team to the victory by winning against some of the toughest opponents.

Be the owner, player, and the fan to support your favorite team as you take on the challenges in the NBA NOW Mobile Basketball Game. 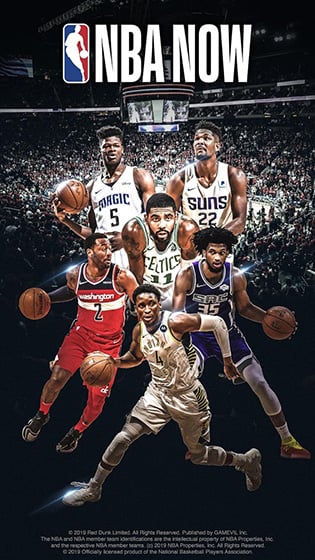 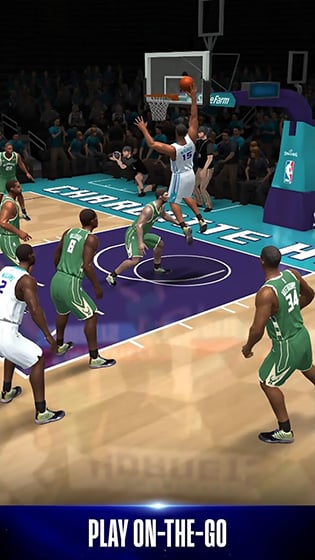 Here you’ll find the most notable features that the game has to offer:

Although it’s just a mobile game, NBA NOW Mobile Basketball Game still provides all the exciting elements of a console-grade basketball game. And most notably, you’ll have your chances to enjoy the simple and intuitive controls which allow players to comfortably move around their fields and perform various skills using simple commands. The optimized and simplified one-touch controls will help you enjoy your game right off the bat, without having to learn anything.

In addition, players are also introduced to the exciting basketball gameplay with realistic mechanics and physics. Your players’ movements and skills would feel like they come from real-life practices. On top of that, accurate physics allow gamers to experience a more authentic gaming experience. 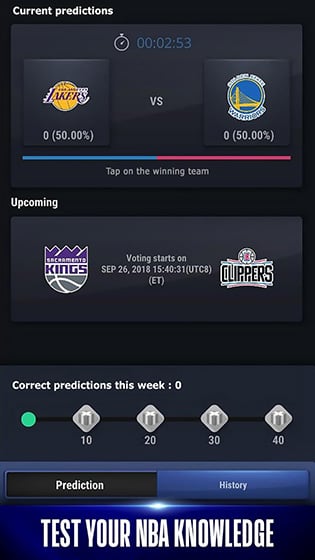 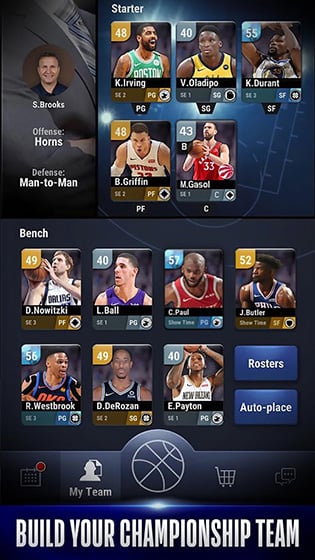 Here in NBA NOW Mobile Basketball Game, gamers are introduced to actual NBA players, which they can collect and positioned on their team. Each player will come with different stats and skills which closely match their real-life performances.

You can level up and upgrade your players to make the more capable against strong enemies. In addition, each player’ stats will also be affected by their recent performances in real-life. So make sure you pay close attention to the recent developments of the NBA tournament.

Invest in the players that you think would strive to be the best in the upcoming matches and earn a fortune by selling them out. 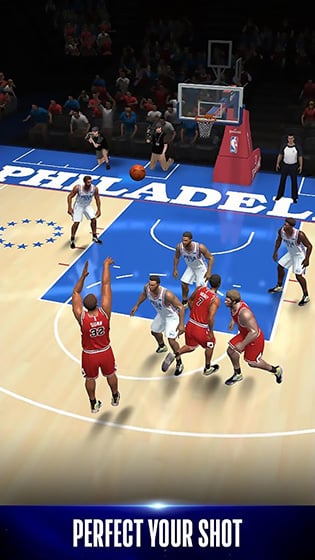 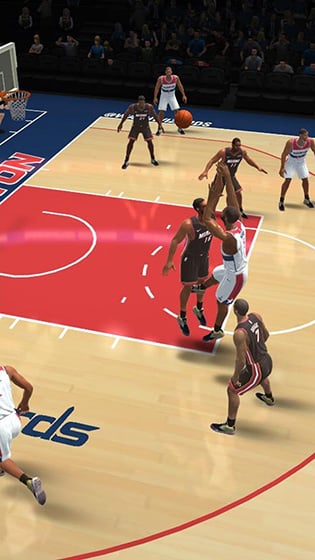 Make your bet and win prizes

In addition, players are also given the opportunities and tools to test their NBA knowledge by predicting the teams that would win in the upcoming matches. Analyze with all your data and become the betting mogul in NBA NOW Mobile Basketball Game. Win a fortune after each match by correctly predicting the results of every basketball matches in this exciting league.

With NBA NOW Mobile Basketball Game, players can enjoy exciting basketball games anytime anywhere. All you need to do is download and install the game on your mobile devices and it’s ready for you to enjoy whenever you at work or on your way back home. The quick matchups and exciting gameplay will keep you entertained throughout your trips.

Build your own basketball team

In addition, players in NBA NOW Mobile Basketball Game can also build their own basketball team from scratches. Start with the no-name players and build your way to the top as you defeat your opponents. Earn more money and start investing more in your clubs. Get new upgrades and boosts to make your team, even more, intimidating toward the opponents.

Challenge players from all over the world

And to make the game even more interesting, gamers in NBA NOW Mobile Basketball Game can join thousands of other online players in the massive online tournaments. Here you’ll have the chances to challenge the best basketballers in the world and show them who is the boss. Also, participate in exciting online tournaments to win valuable prizes for your team.

Play the game in your language

The thing with most online games is that they tend to come with only one or two languages available, which is quite disappointing if you’re an Android gamer from a different country that doesn’t speak English.

Well, don’t worry as in NBA NOW Mobile Basketball Game players are allowed to play their favorite game in their own languages. Enjoy the most authentic basketball experiences in Korean, English, Chinese, French, Germany, Spanish, and so on. You’ll never feel that you do not belong here.

The game is currently free for all gamers to participate in, which is quite exciting if you ask me. Don’t hesitate to download and install the game right now to gain valuable incentives over your late-coming opponents.

The game features detailed and realistic 3D graphics, in which you’re allowed to control your actual 3D basketball players. Experience the true atmospheres of basketball stadiums as you’re surrounded by thousands of fans with flashy cameras follow your every step.

Experience immersive audio experiences in NBA NOW Mobile Basketball Game as you find yourself lost in the large stadiums with players shouting at each other and fans cheering you from outside the course. Here the ball hitting the floor and the satisfying dunk that you just make. It’s everything you need to know about basketball.

For the NBA fans out there, NBA NOW Mobile Basketball Game is, without a doubt, a great opportunity for you to experience authentic basketball gameplay. And most importantly, it’s completely free to play so that you won’t have to pay any extra. Hence, we don’t see any reason why you shouldn’t have it installed on your Android devices.

And if you don’t find the game being enough, then Basketball Stars and Real Basketball are two great games with similar concepts that you would certainly enjoy.