Slingshot Stunt Driver is a casual racing mobile game launched by the TapNice game company. In the game, the player will act as an alternative racer who uses a slingshot to speed up the car and achieve crazy stunts on rugged mountain roads. Realistic shapes, crazy gameplay, process graphics, and exquisite vehicles make this racing game attractive to global players.

Slingshot Stunt Driver offers a multi-terrain and single track racing pass through the game. Although it is a road track, the road is too narrow, and the track is not limited to flat ground. So, pay attention to driving speed and control direction. Otherwise, you will fly out. The track is full of gold coins waiting for you. Play the game and collect more gold coins to make your car more resistant to crashes. It will be smoother in operation. You will not feel like a classic racing game.

Slingshot Stunt Driver is a beautiful-looking mobile game crazy to play. When we first saw the game, we thought it was a fascinating racing mobile game. But later, we found out that the gameplay was actually to eject the car in the form of a slingshot bullet. Through these actions, it will bounce off the track. We can describe the eventual arrival at the end as an astonishing brain hole.

Players need to use a slingshot to eject their cars and run faster. While the car is running, you also need to use your fingers to change the direction. There are a variety of props along with how to allow you to speed up. Please pay attention to collecting the gold coins that appear. Your goal is to control your car, reach the finish line smoothly, and challenge more tracks. The track is still very winding. So, avoid falling into the abyss or hitting obstacles and show your skills.

You will use a unique slingshot to speed up and feel the extreme speed and pass more tracks. Drive safely to avoid flying off the track by yourself. So, you can master the skills to reach the finish line. You can also control your car reasonably and harvest more gold coins for generous rewards on each road.

Slingshot Stunt Driver is a unique racing game. The player-controlled car needs to use a giant slingshot to speed up. Slide the screen backward to pull the giant slingshot down as much as possible to give our car greater acceleration. After going out, it is entirely up to the player to control, change the direction, and get props to let our car continue to speed up.

The gameplay of Slingshot Stunt Driver is straightforward. Players only need to stretch out certain intensity and adjust the angle to launch. In actual operation, players not only need to maximize the tensile strength but also need to adjust the direction of the ejection. You need to adjust based on the angle and slope of the track to minimize the rebound of the car during the forward process. So, you can reach the destination as soon as possible. With the simple gameplay and the different obstacles in the venue, there are various effects changes.

After launching the car from the slingshot, how far do you think you can jump? You will be ready for an extreme driving test. Get ready for the craziest and weirdest car stunts you have ever seen, discover cool upgrades, and keep jumping. The game offers actual graphics and scenery. Otherwise, there are various unique environments and scenes. And the 3D style is even more exciting. 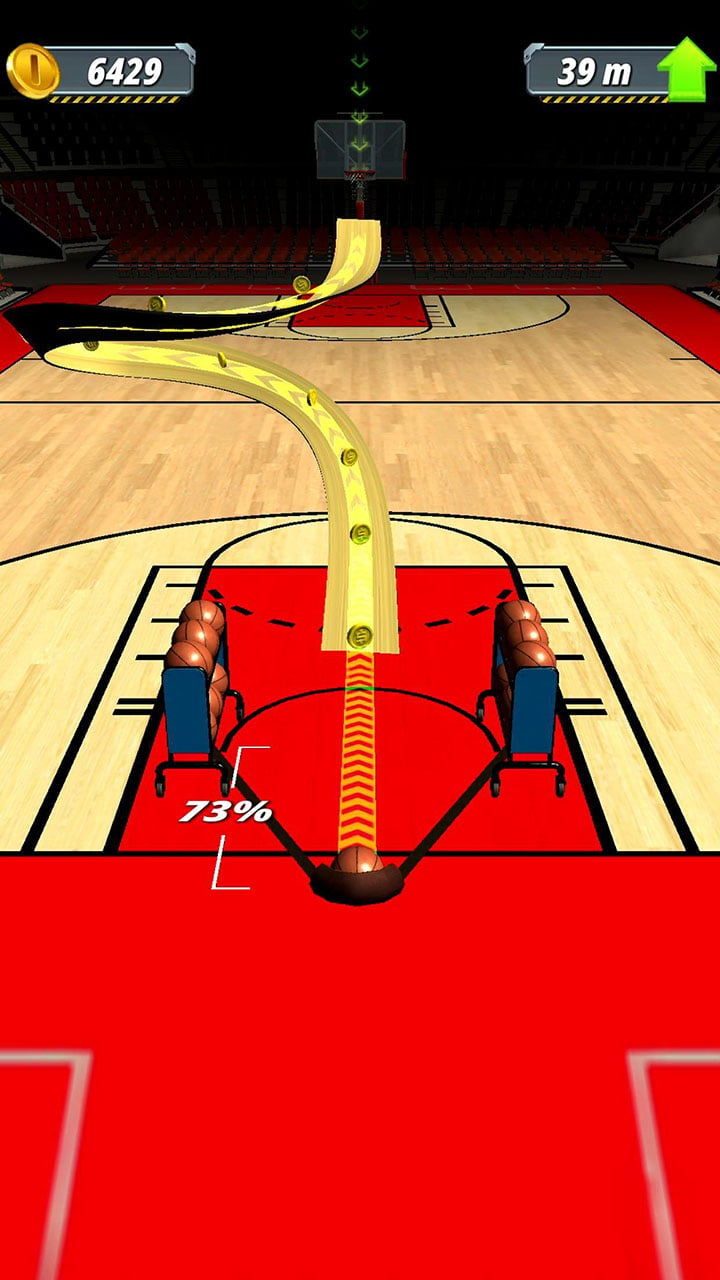 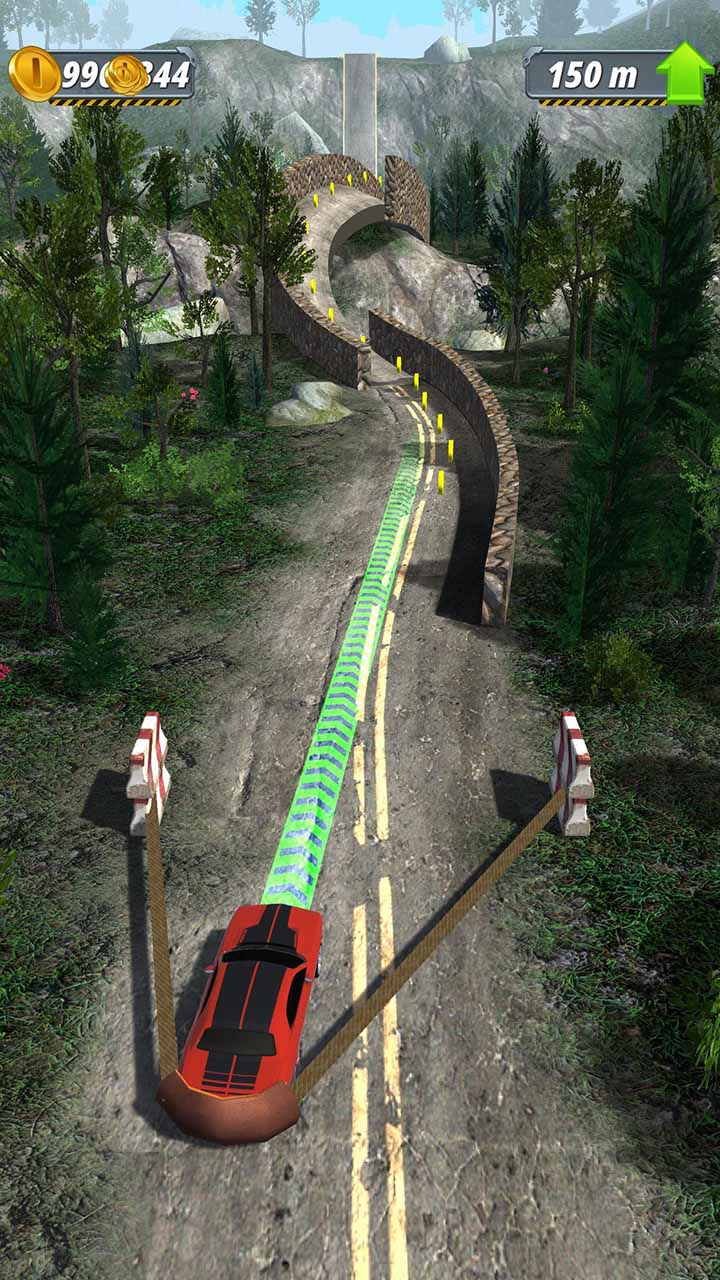 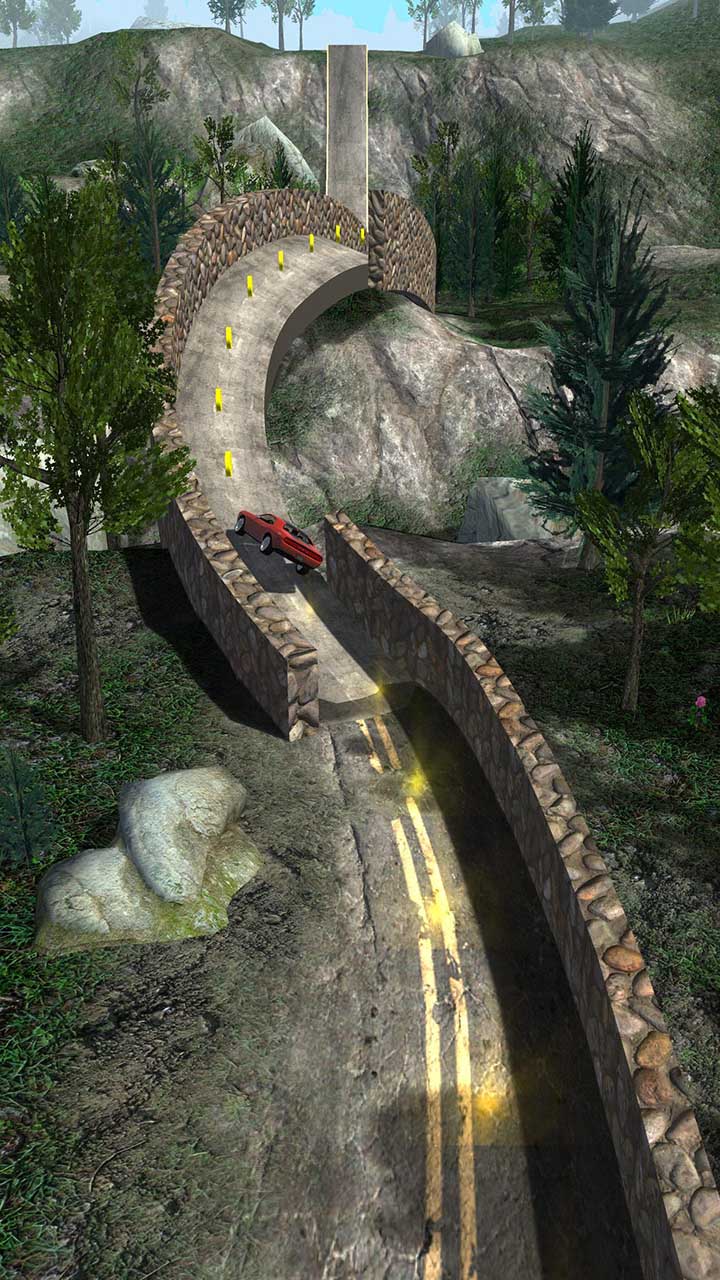 Slingshot Stunt Driver is a fun and casual mobile game that uses a slingshot to eject a car with an exquisite screen. The gameplay is simple. Tap and slide the screen to stretch the slingshot. Denote that after controlling the direction of the car’s ejection, you can get rewards when you reach the end. Then, you can upgrade the slingshot and car attributes.

The graphic design of Slingshot Stunt Driver is very exquisite. Whether it is a rocky road or a sandy tree in the scene, it presents a visual effect comparable to reality under the delicate depiction. Various scene settings, such as mountains, deserts, and seas will take players to experience many styles of landforms while racing around the world. Even the slingshots that power the racing cars have a very high reduction.

Judging from the experience, Slingshot Stunt Driver brings players a deep impression with its exquisite graphics, crazy gameplay, and strong contrast effects. The various tricks in the game process also bring another kind of fun to the players. Perhaps you will think of how to use a slingshot to launch marbles. But you never think that on rugged mountain roads, the boost for the racing game will become leather slingshot.

Maybe you think the gameplay is hilarious. But when combined with the exquisite and realistic graphics, it has something to praise. If you have a soft spot for hand-drawn racing games with exquisite graphics, then please do not miss Slingshot Stunt Driver. 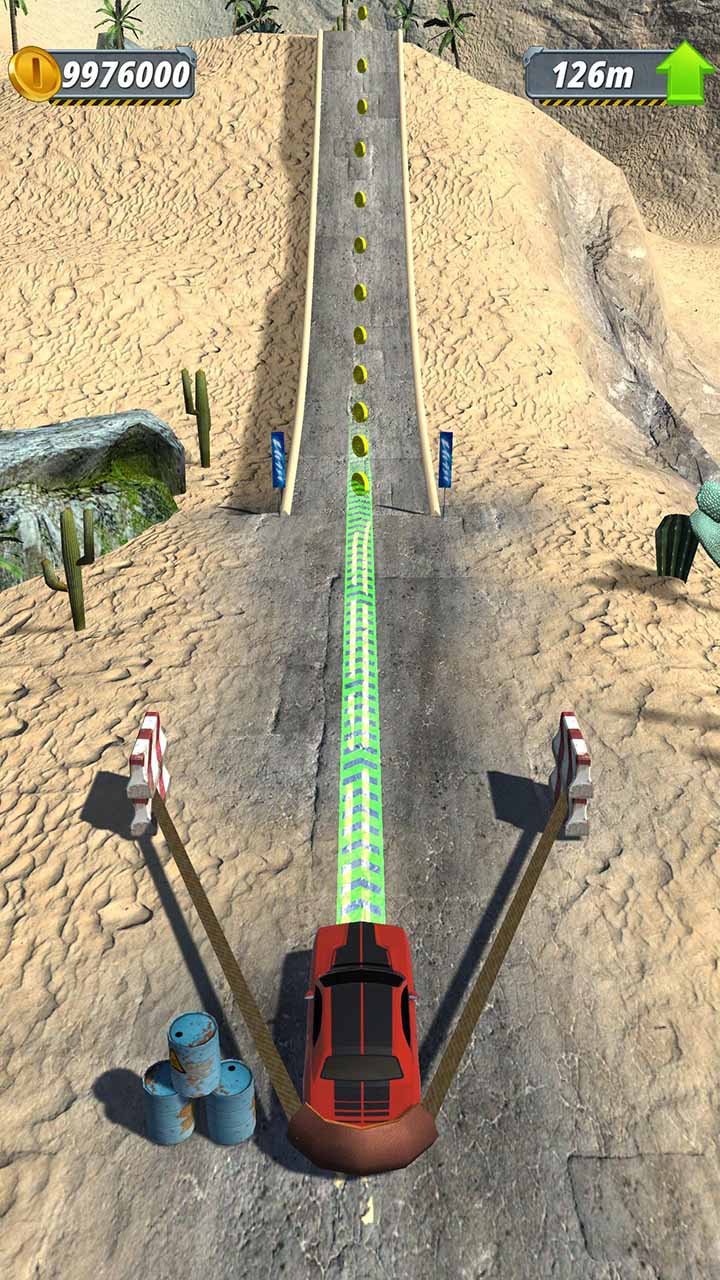 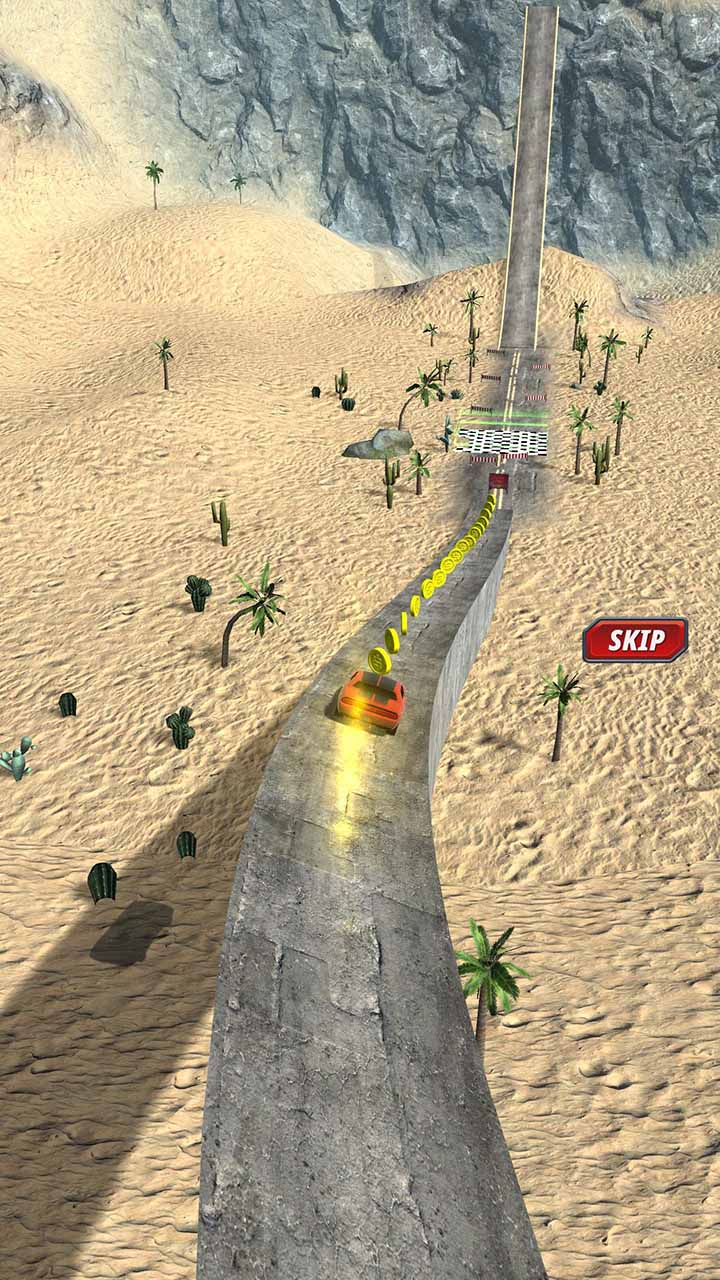 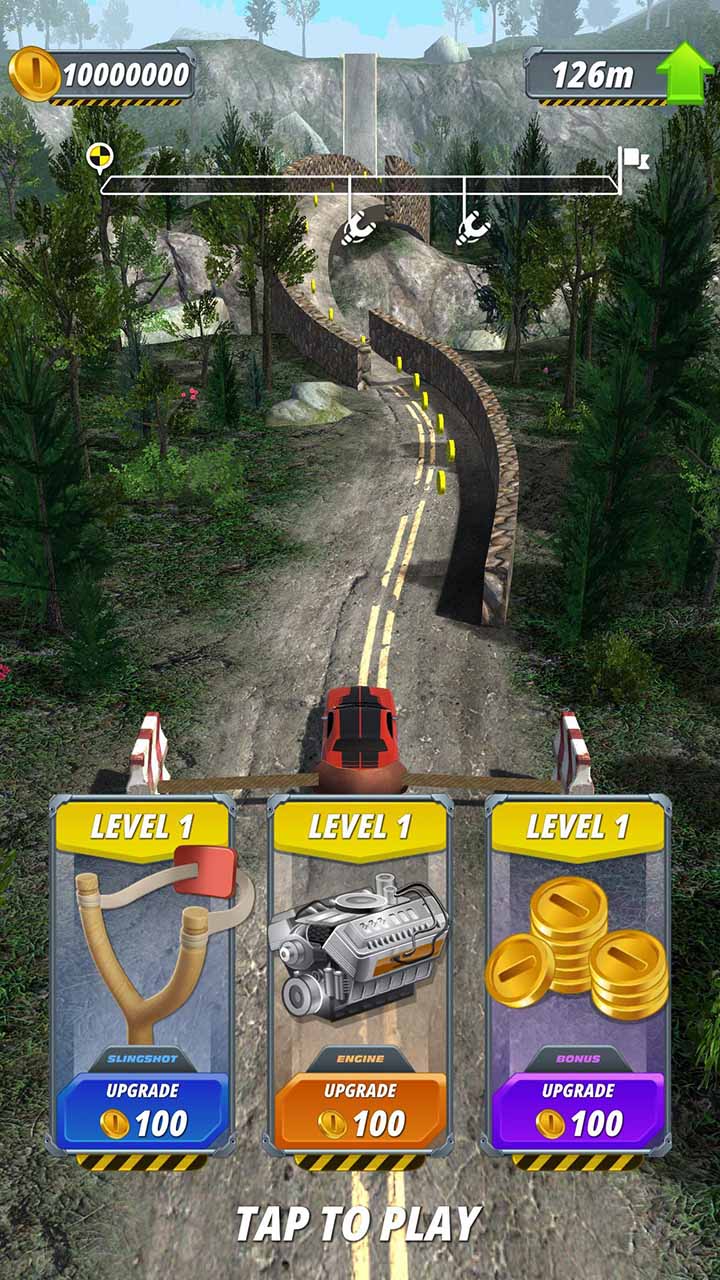 Ramp Car Jumping is a fascinating racing, jumping game. The game is also called ramp sprint. It is very suitable for relaxing and decompressing games. The overall picture of the game is very lifelike with delicate details and realistic collision effects. The performance is powerful. The control system is straightforward, but the magical casual gameplay of this game is difficult.

In the game, you need to tap the screen, speed up the sprint, fly to the distance, get gold coins, and then strengthen the engine. So you can increase the thrust. It will go back and forth. The fundamental mode of the game is to break through the levels. As the levels increase, the difficulty gradually increases. And the obstacles on the road will increase. According to the above information, players can develop the engine thrust and collect offline gold coins to boost the car.

Second, various models are waiting for you in the game. If you like, take the time to download and experience it. In the game, players will control their cars to speed out on the runway. After performing various thrilling actions in the air, they will sprint forward. The player who sprints farthest will get more rewards.

The operation and gameplay are straightforward. Tap the screen to speed up the sprint, fly to the distance, get gold coins, strengthen the engine, and increase the thrust. So, the cycle goes back and forth. Your major tasks are forming a cycle and enjoying the exciting speed while advancing your personalized car.

Ramp Car Jumping provides players with engine, thrust, and gold coins. These three attributes can develop. Players can upgrade the corresponding attributes according to their preferences to get more powerful strength. With the development route chosen by different players, it will bring corresponding special effects. The rich details bring a realistic experience, and the visual sense brought by the impactful picture allows players to enjoy almost actual effects.

At present, they rank Slingshot Stunt Driver MOD APK 8th in the Google Play Store official free game list with over one million installations. And they rate the content as suitable for everyone, with nearly 10,000 reviews and a rating of 4.4.

There will be a fun catapult breakthrough game. This time, the catapult is a car. You can use gold coins to upgrade the car engine and slingshot elasticity, adjust the direction and eject the car.