If you are looking for a game to entertain in your spare time or to relax, then we are sure that this game will satisfy your desires and suit you, it is a sports action game called the Muscle Hustle: Wrestling Slingshot, a game with bold martial arts gameplay. If you haven’t played a wrestling game like this before, gather, train, level up, and develop hundreds of wrestlers, fighters, combining stats and abilities, strength, and the specials. The unique points of martial arts to build the perfect fighting squad, stay together for each match, and don’t let you wait long, now let’s explore the Muscle Hustle: Wrestling Slingshot game together! 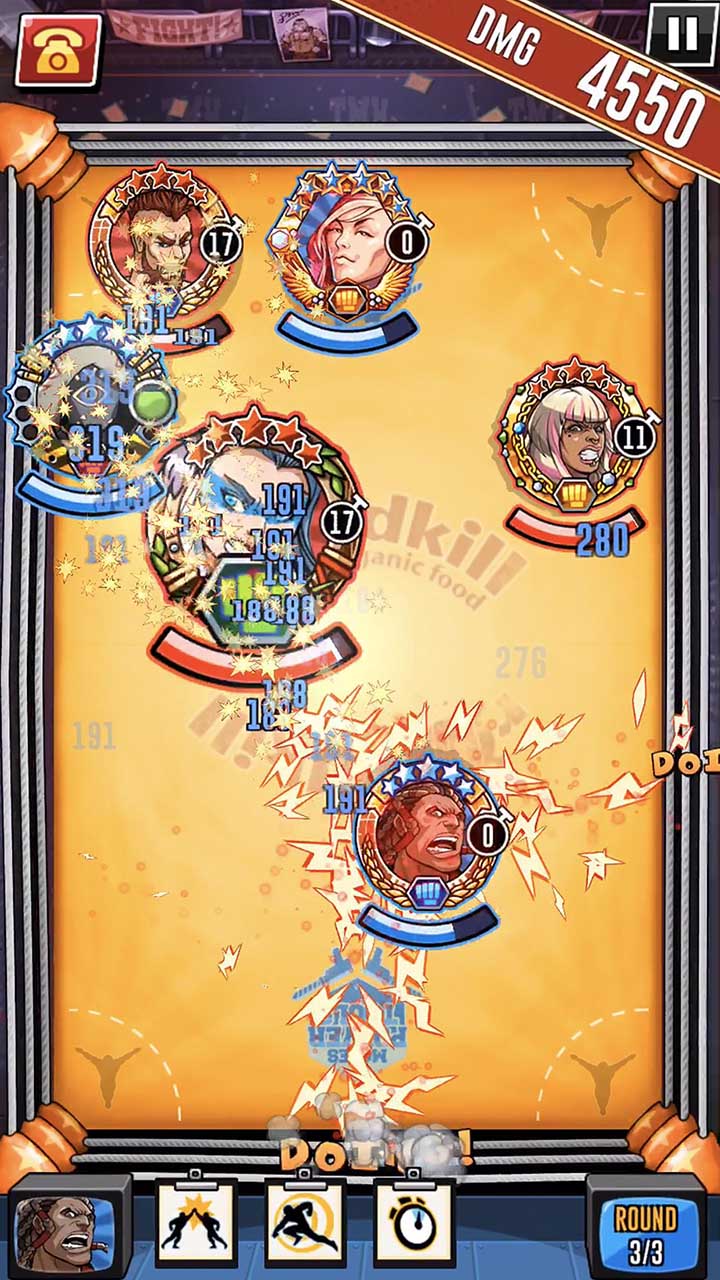 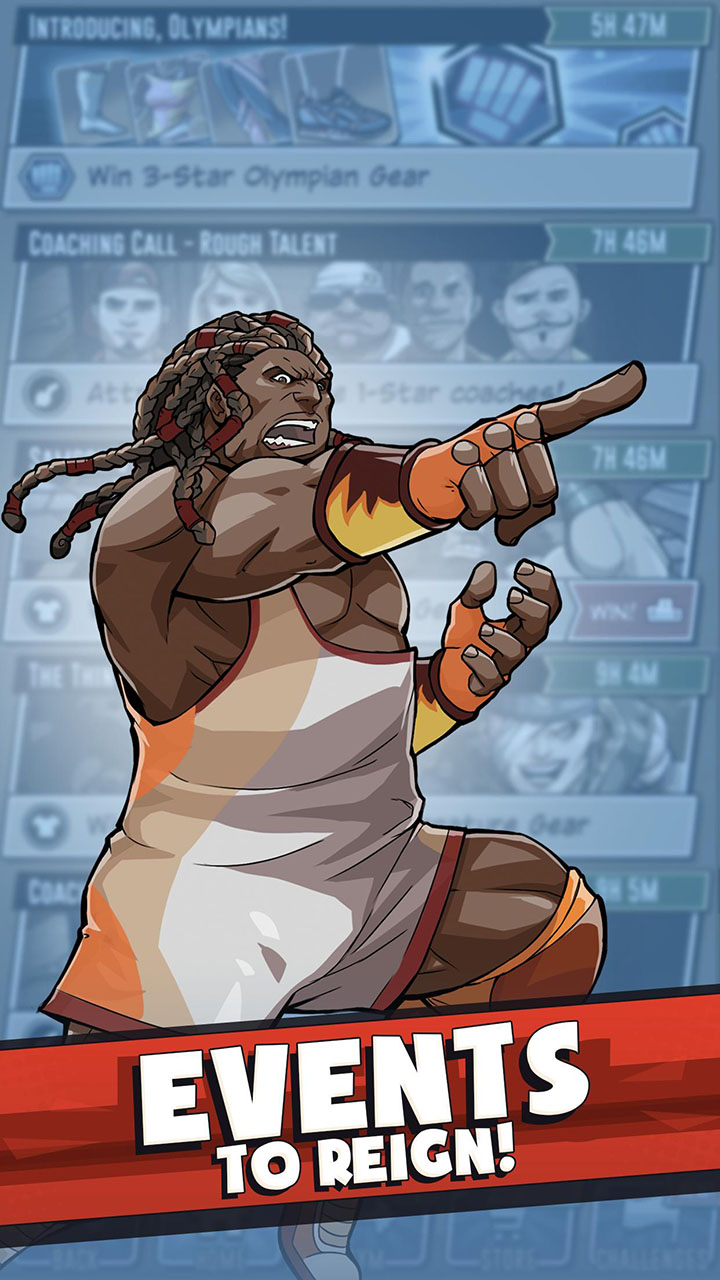 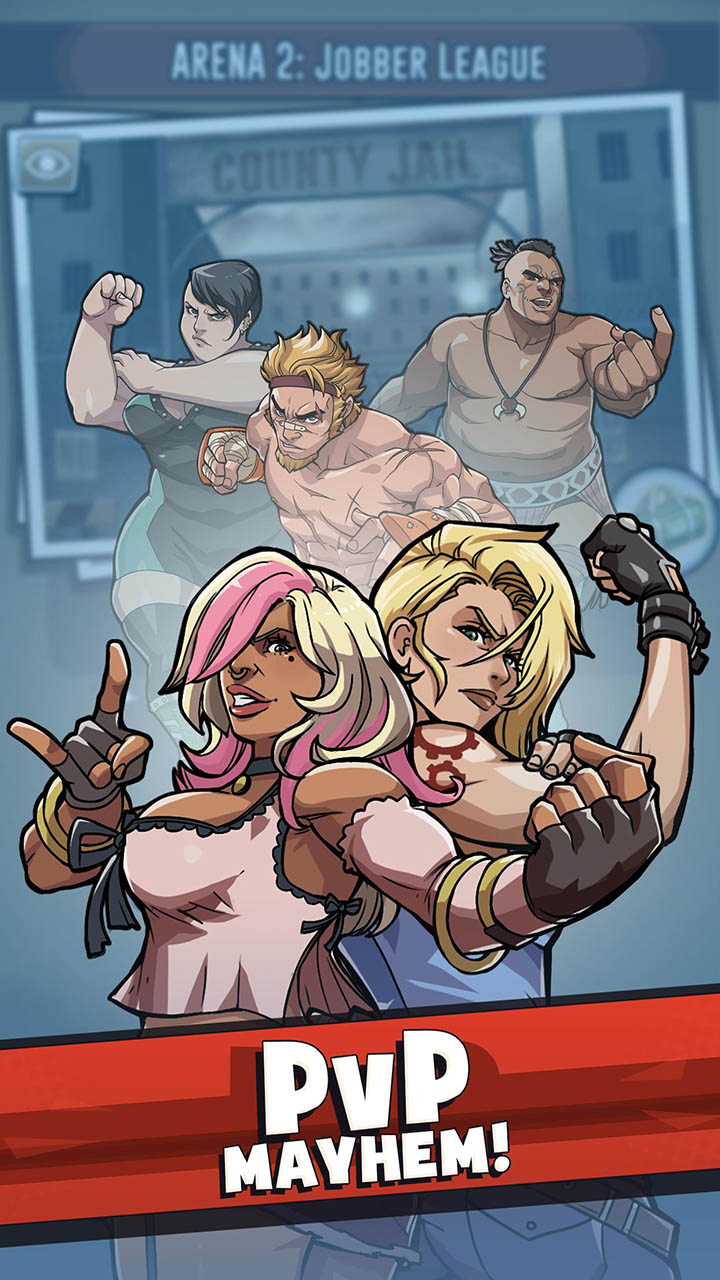 The game Muscle Hustle: Wrestling Slingshot with a variety of storylines and scenes, full of drama with countless challenges for the player to conquer and experience. In the game Muscle Hustle, the player will play the role of wrestlers, muscular and formidable fighters to compete with other wrestlers and boxers, completing well the challenges players have the opportunity to receive the rewards the valuable and useful rewards for your game. Besides single player, the game also has a mode that allows all the players to connect and form a team together to compete.

The gameplay in the Muscle Hustle: Wrestling Slingshot is designed in a simple vertical screen style, so the player can enjoy the game to the fullest with just one finger, just slide their hands into the right position to defeat their opponents either unleash a single hit for a critical hit, or combine multiple moves, and prepare your moves for lifting your opponent up and throwing, knocking to the ground, or multiple combo hits at the same time, the control mechanism is simple, requires the player with excellent tactical the skills to win, also the player can save his signature move for another the game character

The system allows the player to use multiple characters at the same time and that means allowing the player to have more options in general tactics when forming a team, the player’s task is to defeat the boxers, the wrestlers against each other player to win.

On the other hand, because the gameplay is designed in a pool-like format, the control is simple, the player only needs to drag, aim and release to launch powerful attacks on their opponents. But the player cannot arbitrarily attack the opponent but must follow a certain strategy depending on the wrestler and the boxer.

If the strategies are applied successfully, the player will quickly defeat and defeat the opponent and end the game quickly. In the match, players can use some of the special skills from the wrestlers and the boxers in the squad, the special skills will be very diverse and rich when the number of the wrestlers that the player collects is increasing. 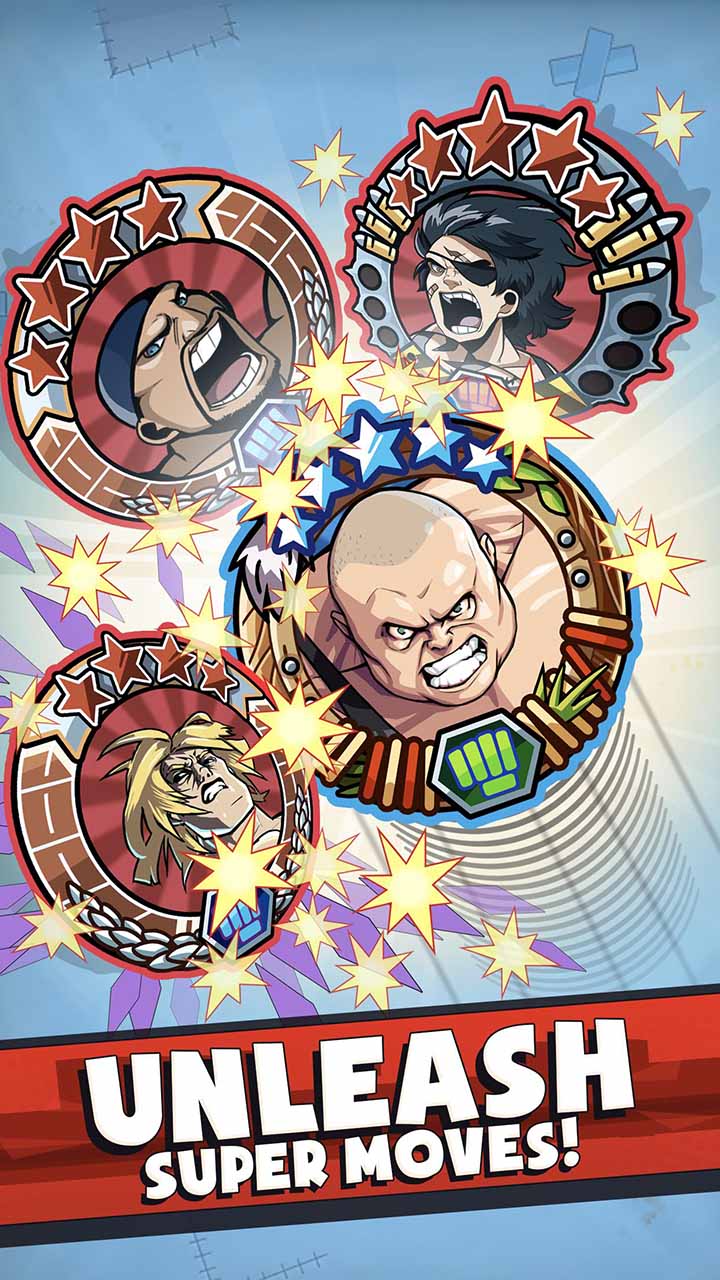 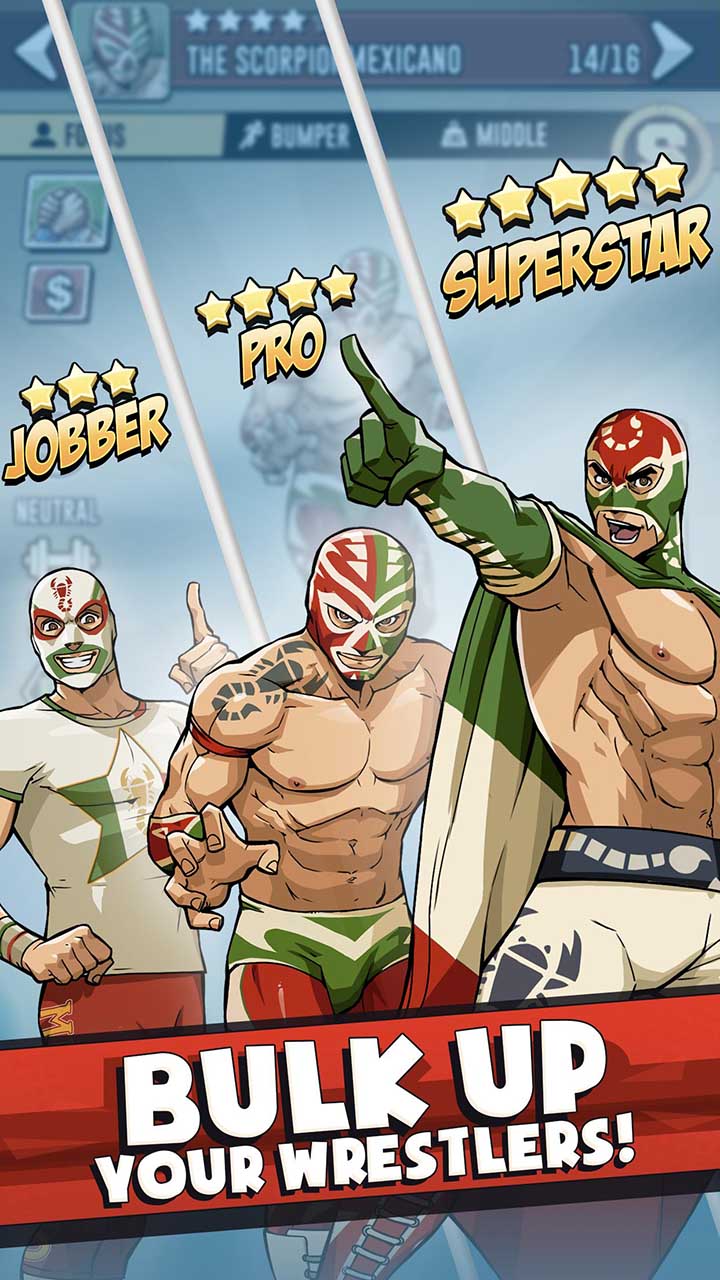 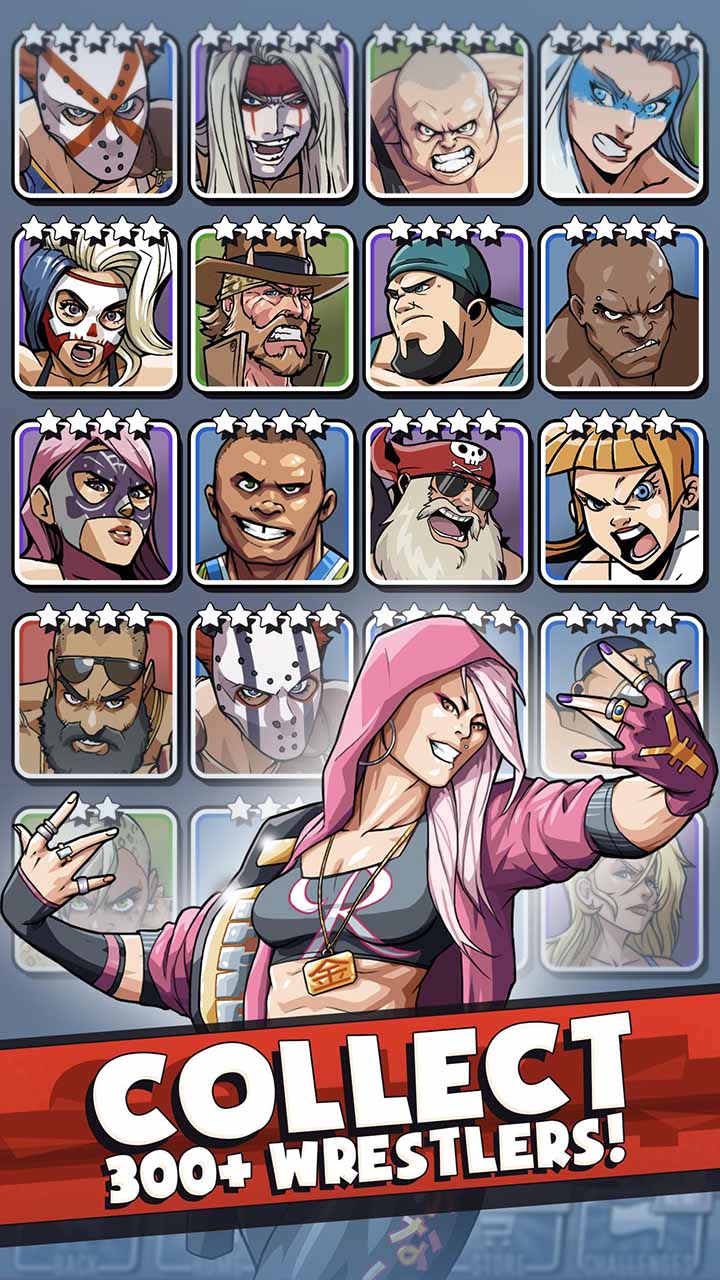 The game Muscle Hustle: Wrestling Slingshot with sharp and beautiful graphics, attractive the character creation with muscular body ^^, the vibrant sound with catchy background the music, each scream, movement of the character created this makes for an interesting and exciting match, but without the dramatic, thrilling and suffocating part

The features of the game Muscle Hustle: Wrestling Slingshot

With these outstanding features and features, perhaps the Muscle Hustle game is an experience not to be missed for those who love action games in general and martial arts in particular. What are you waiting for, quickly visit the Google Play Store app to download the game to your computer, and don’t forget to invite your friends to play together! Shine and show your full ability from launching moves, lowering kicks combined with the basic moves to extreme moves to defeat other wrestlers and boxers and win glory in competitive wrestling!