For those of you who are looking for a super easy mobile title that doesn’t require any explanations, just grab and play, then Battle Disc is creating a great title to have. It mimics the classic battle disc games that you often find at parties or game centers, where gamers must try to hit the disc toward their opponent’s side of the table and destroy their crystals to win the game.

Make use of the flexible movements of the battle disc table and move your characters around your side of the map. Execute your perfect shots using the laws of physics and your brilliant bouncy moves, which help get past their defenses and win the game. Take on many exciting levels and enjoy the endless fun in the awesome mobile title from SayGames.

Learn more about this interesting mobile title of Battle Disc and all of its interesting features with our comprehensive reviews.

Here in Battle Disc, Android gamers are allowed to enjoy their addictive and exciting battle disc challenges with many exciting in-game levels featuring accessible gameplay and escalating challenges to keep you always engaged. And at the same time, you can multiply the fun and take the game online to compete with friends and online gamers in the online mode.

Simply move your characters around the map to create an anchor point for you to pull back the disc, aim toward the enemies’ field, and make your perfect shots to destroy their crystals. Whoever lose all their crystals will lose the game. Feel free to take advantage of the different map setups and the key elements to use them to your advantage. And also explore the interesting boosters and power-ups, which would make the battle disc matchups a lot more exciting with their unpredictable results.

Simple and easy to play

To start with, Android gamers in Battle Disc can quickly engage themselves in the simple and accessible mobile title. Here, there is no need for explanations and tutorials since you will immediately understand the game once you play. Simply move your characters around the map creating anchor points to shot your disc in any direction. With flexible touch controls and interactive movements, it’s not difficult for you to immediately engage yourself in the game and have absolute fun with it. 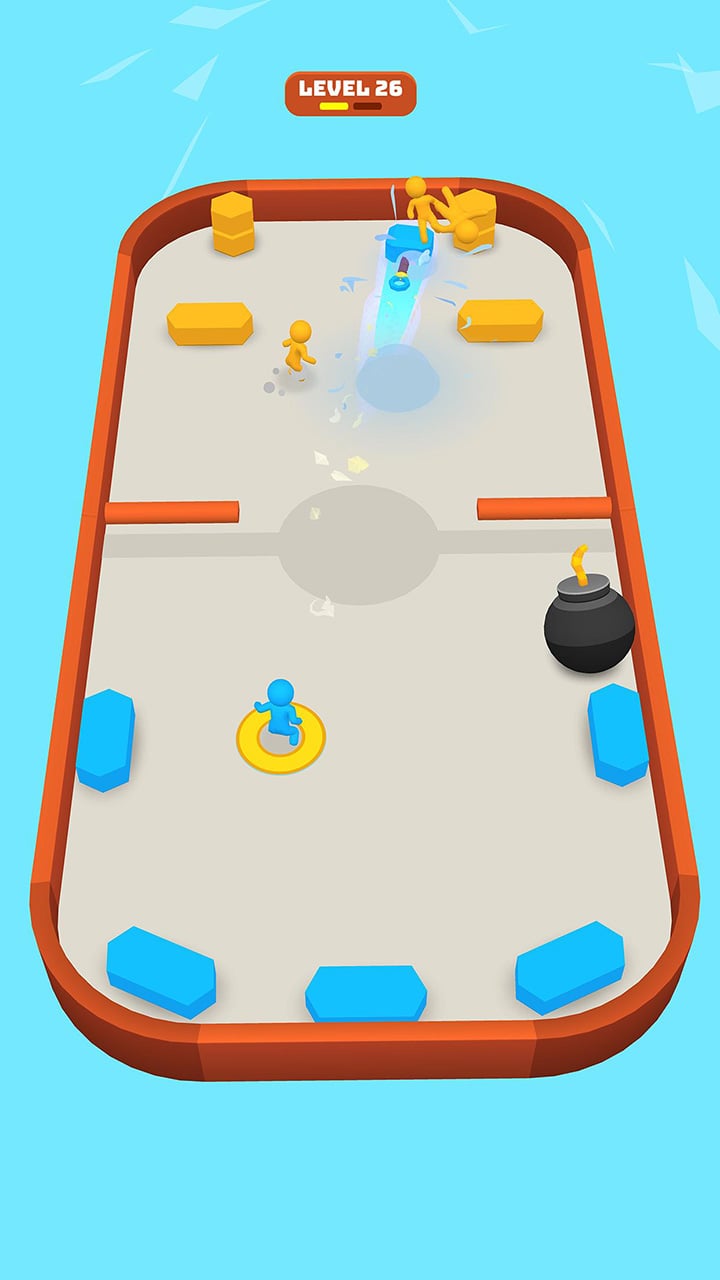 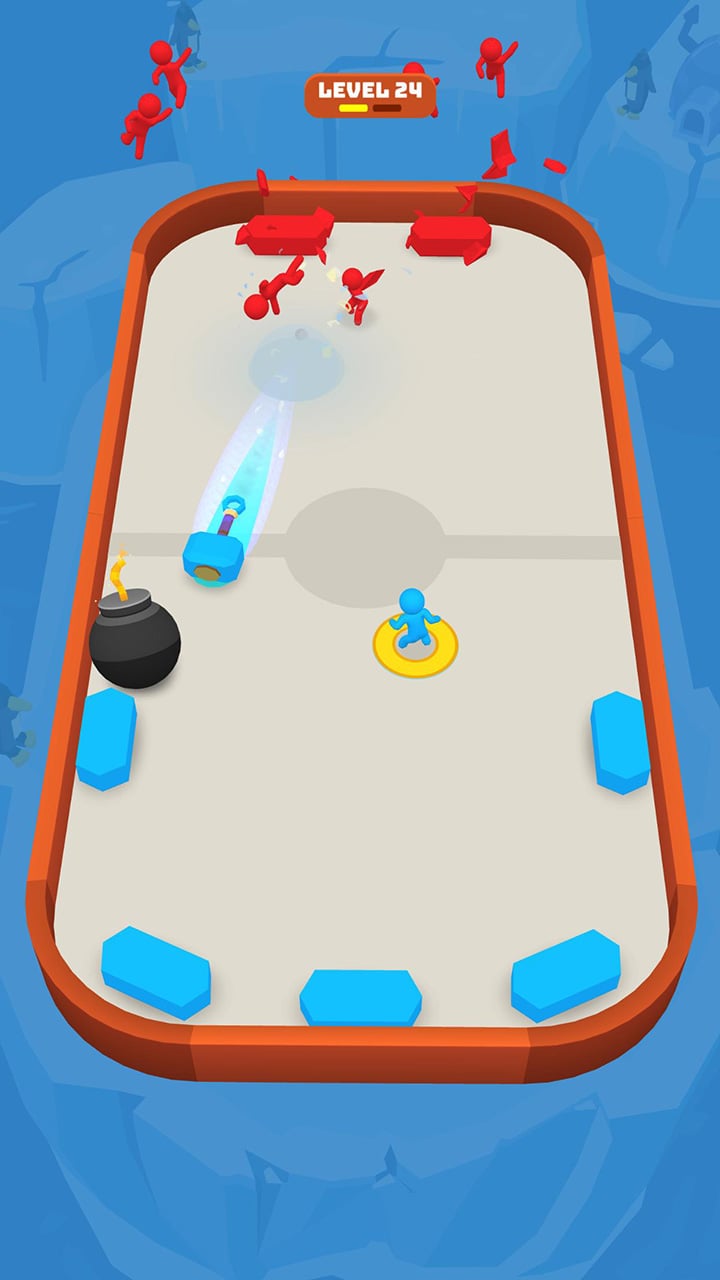 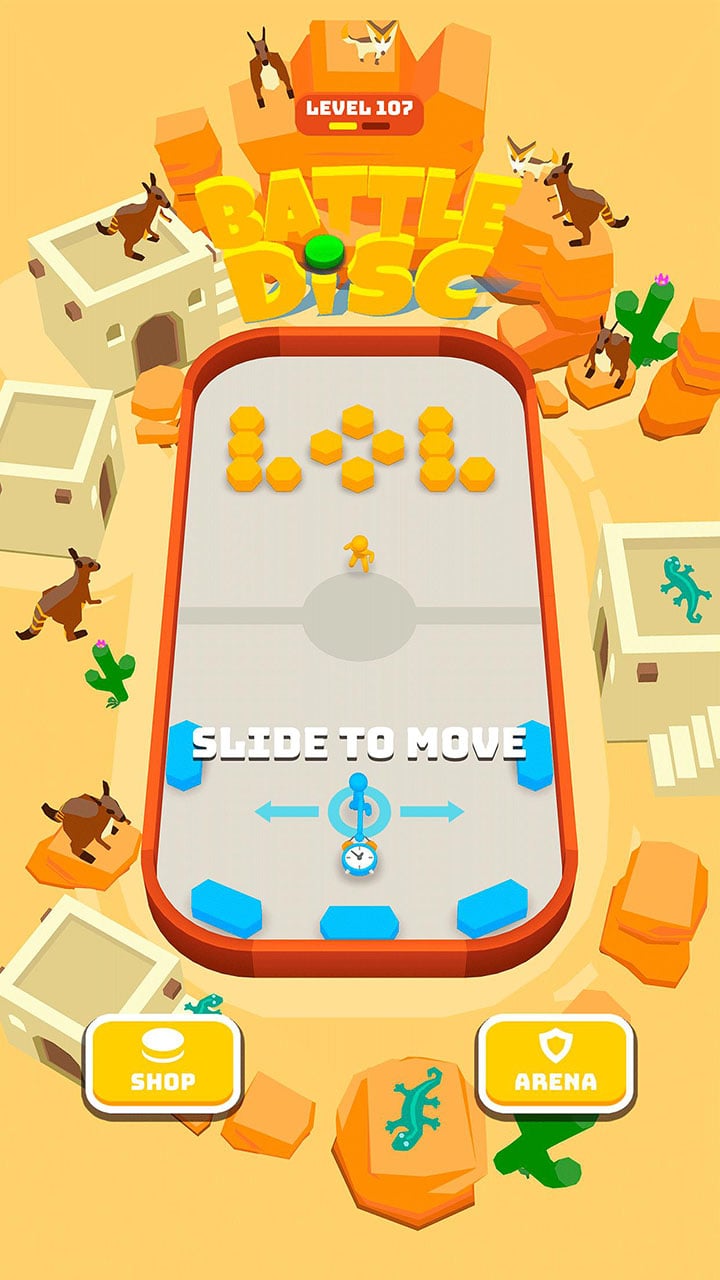 Many interesting levels to keep you engaged

Throughout the game, Android gamers will have their chances to enjoy endless battle disc levels with exciting gameplay and addictive in-game experiences. Feel free to engage yourself in the exciting gameplay of battle disc simulation while finding your game progressively harder over time. This should keep you always engaged in the mobile title for as long as you want.

Various locations to unlock and conquer

Here in Battle Disc, Android gamers can enjoy playing their addictive gameplay of disc battle in many different locations, each offering its own unique sets of levels and many new in-game mechanics. Also enjoy fighting against the new opponents, who will come with new traits and abilities to use against you. Make sure to get used to the new environments and learn to use their key elements to help you fight against the better opponents.

Feel free to customize the gameplay

For those of you who are interested, you can freely customize your characters and discs in Battle Disc, which will allow you to enjoy the game your own ways. Have fun choosing whichever battle disc heroes to play with, from only selecting a new color to putting on many unique skins on your heroes. Make uses of the interesting weapons like the shuriken, yoyo, boomerang, and many others to help you win the game. These unique visual elements will certain make Battle Disc a lot more dynamic and enjoyable.

At the same time, you can also unlock many special discs, each having its own unique powers, which can be enabled for a short amount of time to give you many benefits over your opponents. Feel free to engage yourself in the awesome mobile title, make uses of the awesome Thor’s hammer, timer bomb, infused shuriken, captain’s shield, and many unique weapons to take down your tough opponents.

Enjoy the online gameplay with the PVP Arena

To make the game more exciting, Battle Disc also features its interesting PVP Arena for Android gamers to enjoy with friends and online gamers. Feel free to engage yourself in the awesome matchups, explore the epic in-game features and have absolute fun with its features. Put your skills to the real tests with the truly skilled Battle Disc players in real-time matchups whenever you want. 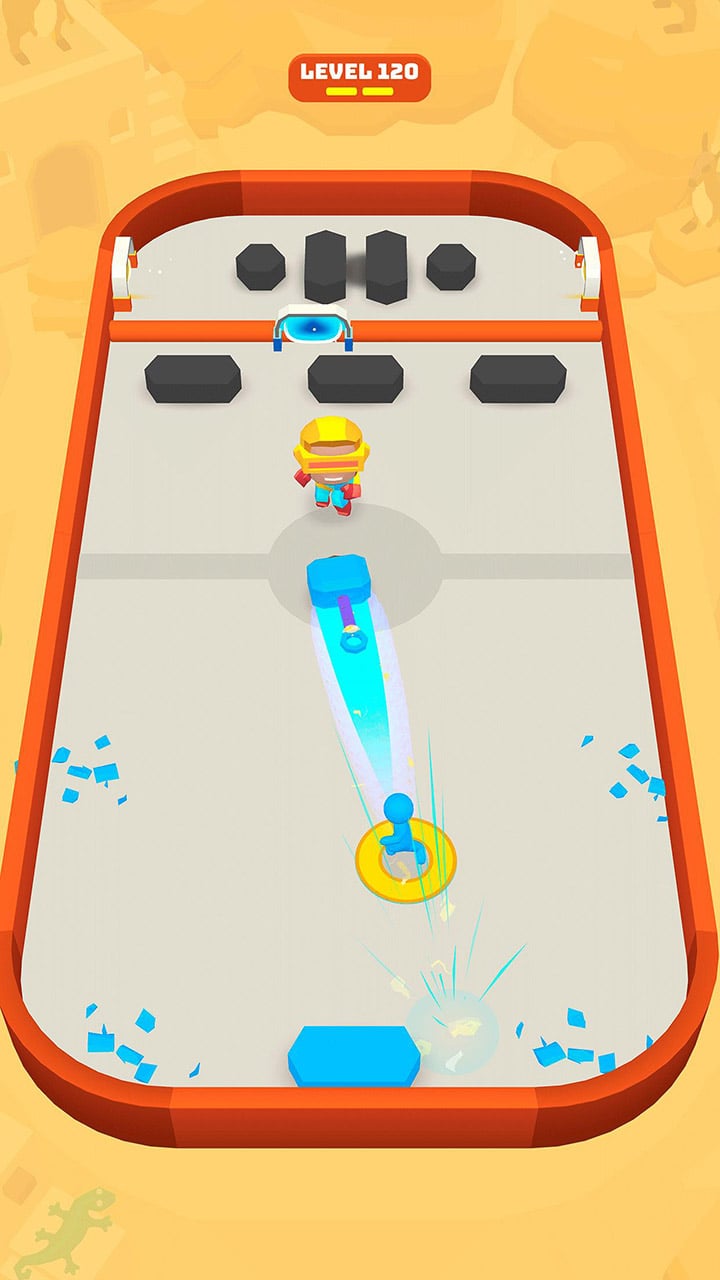 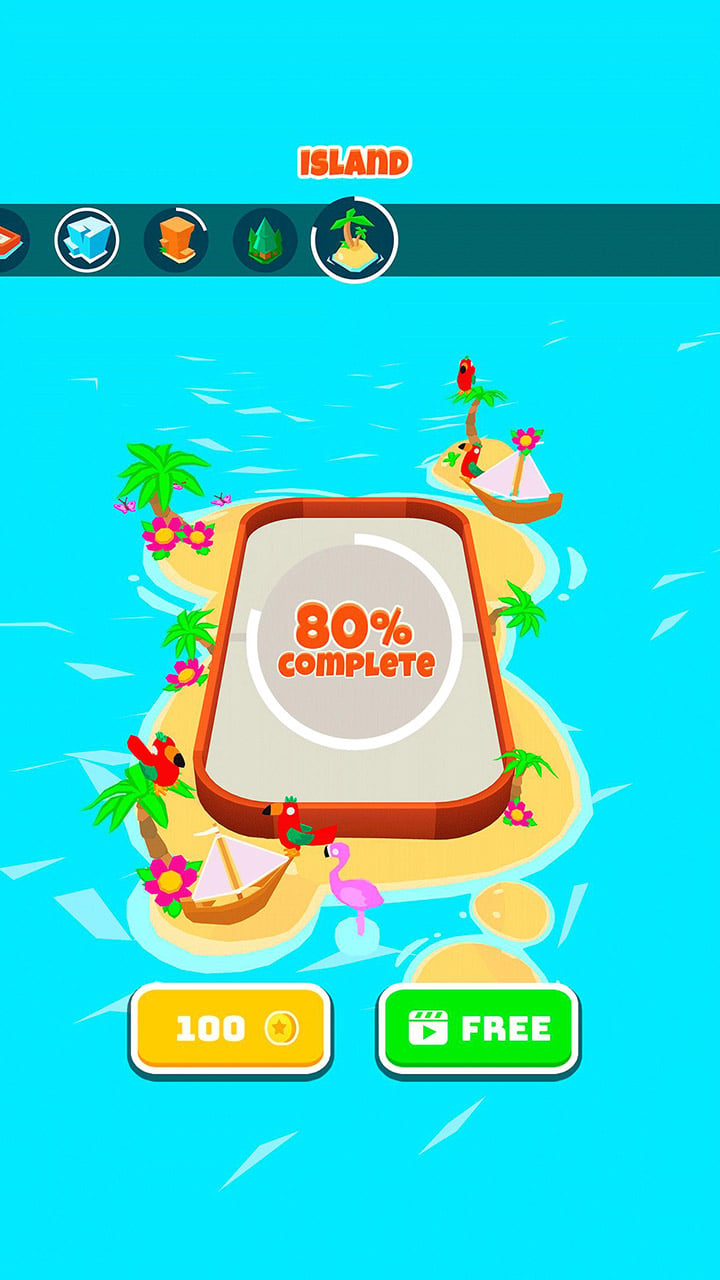 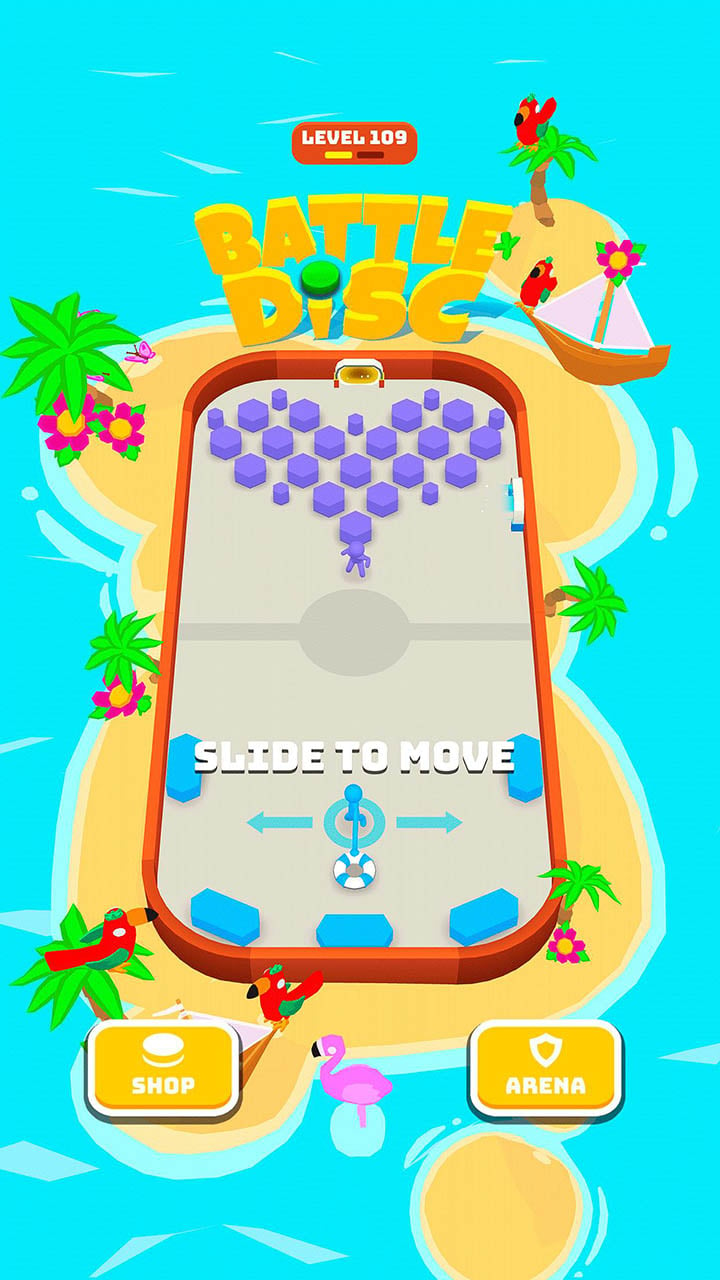 Play the game while offline

To make the game more enjoyable, Battle Disc also features its offline gameplay for you to enjoy whenever you want. Simply open the game to start having fun with the offline levels and many in-game features, with the only exception being the PVP Arena. Now, there is no need to turn on the mobile data or to look for available Wi-Fi networks, just to play the game.

And thanks to the free version of the game on the Google Play Store, Android gamers can always enjoy Battle Disc on the go and without any troubles. Simply download and enjoy many interesting features in the game without any initial payments. The mobile title only requires payments to unlock ads and certain in-game purchases.

For those of you who are interested in the full gameplay of Battle Disc, you can now have access to the free and unlocked version of the game on our website. Here, we offer the modded app with removed in-game purchases, disabled ads, and unlimited features. All of which should allow you to enjoy the awesome mobile title to the fullest. Simply download the Battle Disc Mod APK, follow the given instructions, and you’re good to go.

Get ready to engage yourself in the exciting mobile title of Battle Disc, in which Android gamers can have fun with dynamic and powerful visual elements in the game. The incredible collisions, exciting visual effects, and bouncy physics allow your battle discs to move quite impressively to the eyes. Plus, the smooth animations and gameplay will certainly make the Battle Disc matchups a lot more fun.

Together with awesome graphics, the game also boasts its interesting sound effects and exciting soundtracks, which will keep you further engaged in your Battle Disc adventures. Feel free to have fun playing the game and fully engage yourself in the mobile title.

For those of you who are interested in the classic battle disc challenges, you can now completely engage yourself in this special mobile title from SayGames. Featuring both simple and extremely enjoyable gameplay, Battle Disc allows Android gamers to have fun playing their disc battles in many addictive levels and in-game challenges. And the online mode will certainly multiply your fun, thanks to the real-time matchups.