For the fans of the classic monster-collecting gameplay who have already found themselves familiar with the likes of Dynamons World, Pokémon: Let’s Go Pikachu and Eevee, and the likes, you’ll certainly find this new title from Sigma Game Limited another interesting, if not better, mobile gaming experience to enjoy on your Android devices. Feel free to dive into your awesome monster collecting adventures as you explore and enjoy the awesome gameplay of Bulu Monster to the fullest.

Embark on the ultimate adventures into the world of the powerful monsters, each having its own unique and interesting abilities. Become the trainers and collect all the available monsters on the island. Train and power them up after each battle. Explore and unveil the hidden secrets of the island as you embark on your own journeys to discover the ultimate powers with your monsters.

Find out more about the awesome mobile gaming experiences from Sigma Games with our reviews.

In the game, Android gamers will find themselves playing as a daring trainer who decided to take on his ultimate monster collecting adventures on the island of Bulu. Here, you’ll find yourself having access to an awesome world of monsters which are incredible creatures with amazing powers. And to fully make uses of their amazing powers, we have the trainers who dedicated their lives to train and strengthen their monsters through the unbreakable bonds.

In Bulu Monster, gamers will have their chances to take on a series of exciting in-game experiences with multiple stage-based adventures. Take on the endless levels and stages as you dive into the unique monster battles against others while having fun with the captivating in-game stories. Take on and overcome any in-game challenges as you progress in Bulu Monster.

And at the same time, also find yourself being able to fully utilized their monsters’ unique powers with the exciting level-up mechanics. That said, you can let your monster to join battles and challenges to earn experiences as they progress. Reach the new level to unlock better stats and skills. Also, have your skills and abilities upgraded so that you can have fun with a much more interesting gameplay of Bulu Monster.

Start your ultimate monster collecting journeys in Bulu Monster as you have fun with the exciting and captivating in-game stories. Have fun with interesting events and take on awesome missions that will take you through the interesting island of Bulu. Start by saving your monster friend, Rania from the hands of the evil trainers, and begin your ultimate quests to rid them of the peaceful lands of Bulu. Have fun with captivating and exciting adventures with amazing in-game experiences.

In addition, to make your entire Bulu Monster adventures lot more intuitive and accessible, Android gamers will also have access to simple and convenient one-touch control options. That said, you’ll find it relatively easy to look for the awesome in-game experiences with intuitive touch controls that would allow for balanced and enjoyable gaming experiences as you take on the awesome monster collecting challenges.

Have fun with hundreds of amazing monsters

And speaking of which, the game also offers more than 150 different monsters, each with their own unique designs and a complete set of abilities. That being said, you’ll find your monster-collecting gameplay extremely fun and exciting with its awesome in-game experiences. Feel free to travel the awesome island of Bulu and discover new monsters as you progress. Unlock incredible monsters with incredible powers, challenge them in epic battles, and capture amazing monsters to put inside your great collection. Train them all to become the greatest trainer of all time. 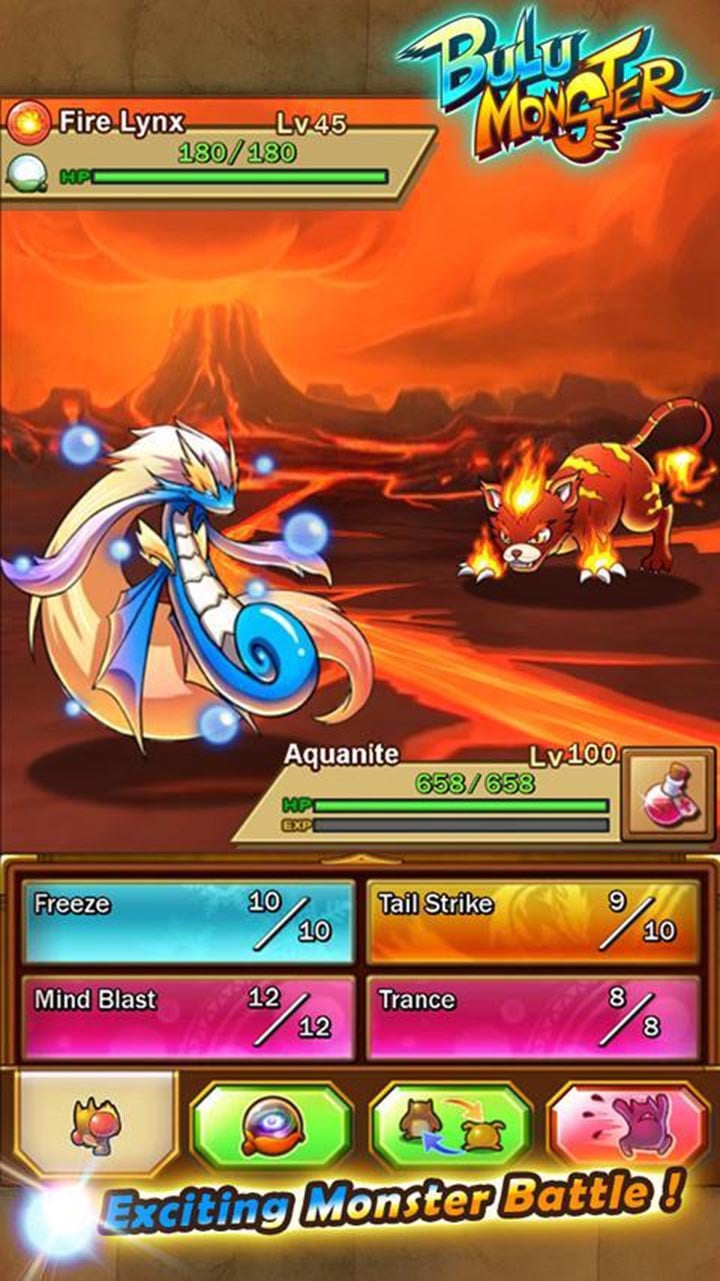 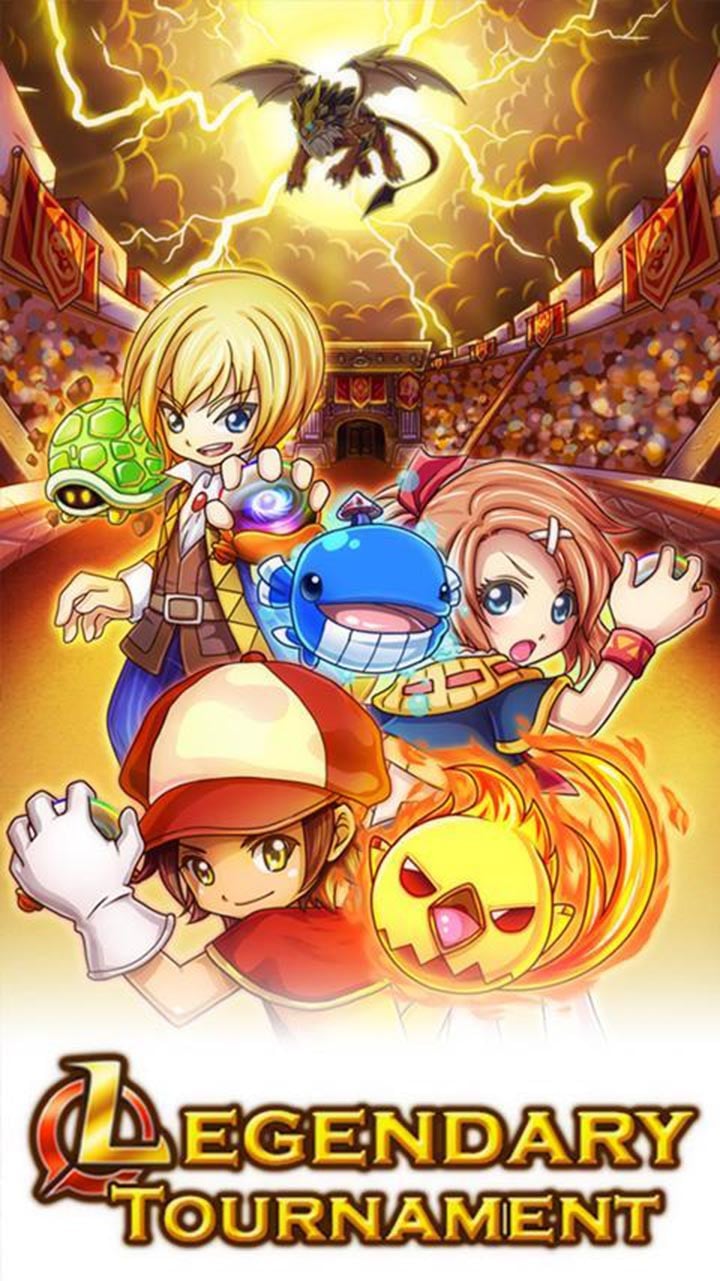 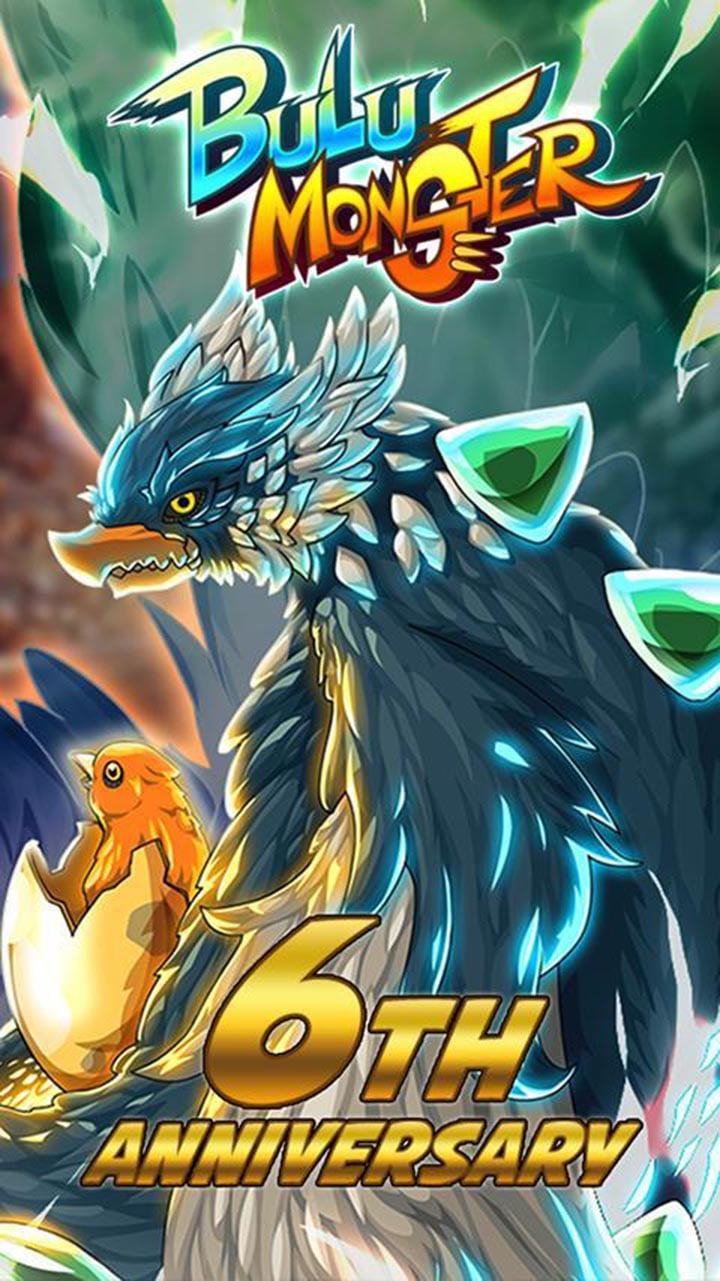 On the other hand, for those of you who’re interested, the game also offers a vast island with multiple regions for you to explore and experience. Here, gamers are allowed to take on epic monster-collecting adventures in 14 different fantasy maps with unique setups and elements. Explore the different monsters and their unique powers as you find yourself traveling the awesome world in Bulu Monster.

Take on multiple NPC trainers as you progress in the game

And while you travel, the game will also introduce multiple competitors who would challenge you in your journey to become the best trainer. Find yourself fighting against more than 50 different NPCs with their unique monster-fighting styles and tactics. Build your ultimate comp of monsters and take them into the awesome fights against others. Prove to the world that you’re worth with your crazy performances until the end.

Train your monsters and have access to powerful evolutions

Speaking of which, as you take on a series of exciting monster battles in Bulu Monster, gamers will also find themselves being able to train their monsters to unlock new powers on each of them. Have access to the powerful evolutions on each of your monsters as you create a more powerful team composition to deal with that of your enemies. Make uses of the balanced and in-depth in-game mechanics to effectively train and present your ultimate roster of monsters, each having their amazing abilities maxed out.

For those of you who’re interested, it’s also possible for you to enjoy your exciting monster collecting challenges with friends and online gamers. Here, you can easily join your friends in exciting and competitive battles as you explore the island. Either to due it out and have a winner or to fight against intimidating opponents to earn your special rewards, you can always have fun with the awesome online gameplay in Bulu Monster. Just type in the players’ individual code and you can invite them into your matches.

Have fun with your monster collecting adventures without the Internet

And at the same time, those of you who wish to discover the awesome monster world alone, you can also have fun with the completely offline gameplay in Bulu Monster. Feel free to take on the endless levels in the game and have fun with exciting battles without having to connect to the Internet. This makes the game extremely accessible whenever you’re outdoor and don’t want to waste your mobile data.

And despite all the amazing features, gamers in Bulu Monster can still have their favorite mobile game available for completely free. That being said, it’s totally possible for you to download and install the game from the Google Play Store without having to pay anything.

And at the same time, for those of you who’re finding the game being somewhat annoying because of ads and in-game purchases, you can easily have it completely unlocked with our mod. That said, all it takes is for you to download the Bulu Monster Mod APK on our website. Follow the provided instructions and you should have it properly installed. The only left is for you to dive into the fullest experiences of Bulu Monster in our mod.

For those of you who’re interested in monster collecting games, you’ll certainly find Bulu Monster extra awesome thanks to its already massive monster collection. Here, you can have access to multiple monsters with interesting designs and unique features that make them completely stand out from other titles. In addition, as you dive into the battles, awesome skill moves and in-game visuals will also make your fights extra spectacular and enjoyable.

Together with exciting in-game graphics, Android gamers in Bulu Monster will also find themselves enjoying awesome in-game audio with amazing soundtracks and sound effects. That said, you can always find yourself completely hooked to the addictive gameplay.

For hardcore monster collecting gamers, now, beside EvoCreo and Battle Camp, you’ll have yet another great mobile gaming experience to enjoy. Here, you’re free to have fun with awesome Bulu Monster experiences and take on awesome monster collecting battles with your amazing compositions. And most importantly, always have the game unlocked and ready for you with our awesome mods.