Clockmaker is a light, entertaining intellectual game. The story begins with a curse that puts a town in the 19th century in danger. A strange elder named Uncle is eager to find out what’s going on. However, he needs your help. The only way you can help him is by swiping his finger and putting gems together to complete the task.

There’s an intact map for you to explore while hunting down the mysterious thief. When you meet townspeople and collect additional items for your quest, new locations will be unlocked. Clockmaker has a gameplay similar to other intellectual puzzle games like Candy Crush saga or Legendary Diamond Game. Your goal is simply to line up three identical gems to complete the mission.

At other levels, remove special items from the board or lead the objects to a predetermined destination. Luckily, there are plenty of hints, power-ups, and tools available to help you out in dangerous situations. So, trigger one of those satisfying chain reactions confidently and each complete row will lead you to success.

And not everything goes well all the time. Some levels of the game can pose a lot of challenges when you have to find hidden objects. Answering the game Clockmaker’s secret is difficult, but it is worth the experience.

Clockmaker is a match-three puzzle game with strange gameplay and an interesting storyline. The game is free-to-play on your iPhone, iPad, or iPod Touch with beautiful graphics and attractive sound. For diamond-style match-three games, players often think of prominent names like Bejeweled Blitz or Candy Crush Saga. And now you have another option, Clockmaker.

In terms of plot, Clockmaker has a unique story that the player’s task is to rescue the town from the darkness and the curse of Clockmaker. They hide the Clockmaker in the mysterious clock tower. Through a series of intellectual puzzle quests, players will gradually unlock the houses in the town. You must bring back the peace, light, and beauty inherent in this sacred land.

Clockmaker has attracted millions of players. Every day, up to 110 thousand people play the game and compete for scores on each level. Clockmaker’s graphics are not excellent but just enough to create an addictive entertainment game experience on mobile. Not owning bright-colored games like Farm Heroes Saga or Tasty Tale, Clockmaker exudes a hint of mystery with a bit of a creepy black color that evokes curiosity as the background for colorful diamonds.

The layout of Clockmaker’s game table is a bit confusing, corresponding to a certain difficulty of the game. In return, it will give players the feeling of wanting to play again until success. The game is too easy to play like some other match-three games. The music part is also decent when creating a common mystery and mystery for the complete game.

Welcome to Clockmaker. Fame is fun with a free classic match-three style. The countless gems, jewelry, and puzzles await you. Find out the evil watchmaker’s confusion, rescue the diamond town, and become a villager’s savior. We have given the happy diamond town in Clockmaker an evil curse by the evil old watchmaker. Your mission is to solve challenging match-three puzzles created by him to save the villagers and bring peace back to town as before.

Arrange three or more diamonds of the same type together so they are in the same row or column to remove from the game screen. If you stack four or five diamonds, you will create powerful stones. They will create explosions that destroy eight nearby tiles, or a row and a column. It can disappear all the stones of the same color on the game screen. Each level will have different requirements and force players to have different tactics.

The higher the level, the difficulty of the puzzles increases. Players also need to move smarter and take advantage of add-ons to solve and overcome challenges with ease. Download to join the Clockmaker game now and enjoy some exciting breaks!

Try to figure out the secret. There are countless gems and beautiful sparkling jewels by saving the diamond town from the evil watchmaker’s curse. And there are over 1000 missions for players to conquer. All missions are available for free.

You can log in through Facebook to receive the award. The Clockmaker supports HD resolution. The match-three Clockmaker puzzle game is free to download and play. But some items may need you to purchase with actual money if you want a more outstanding experience. 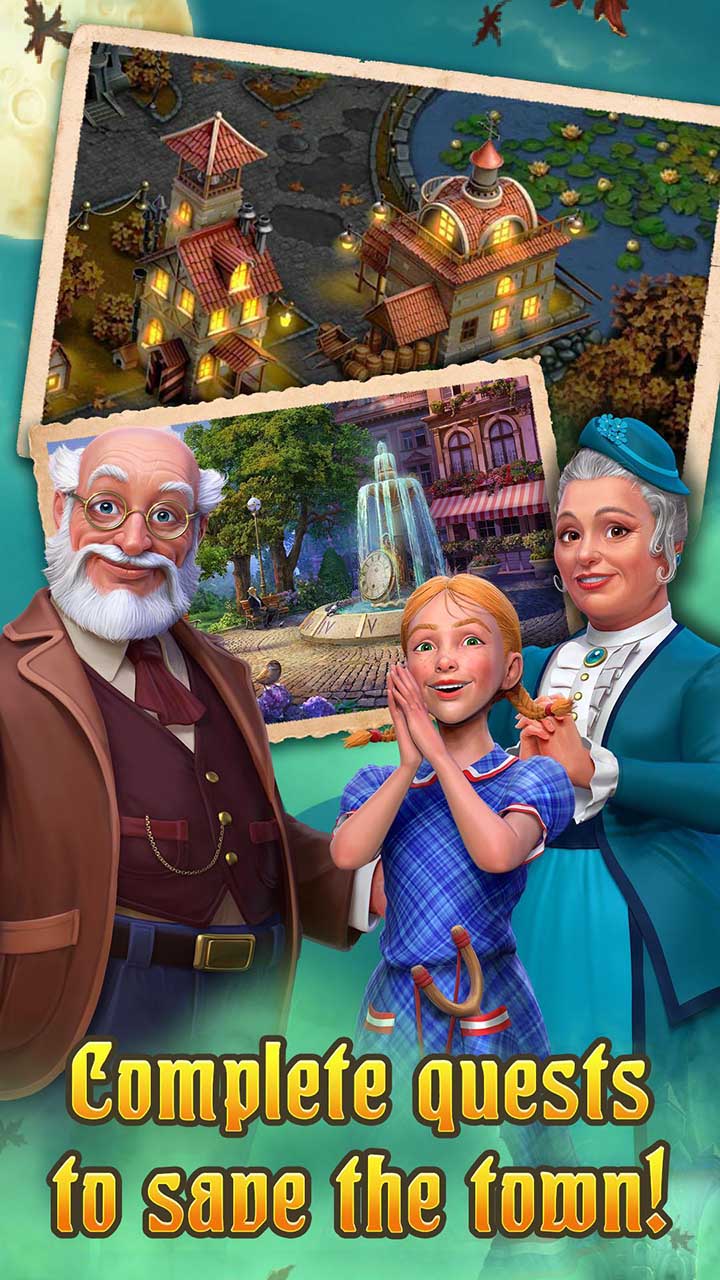 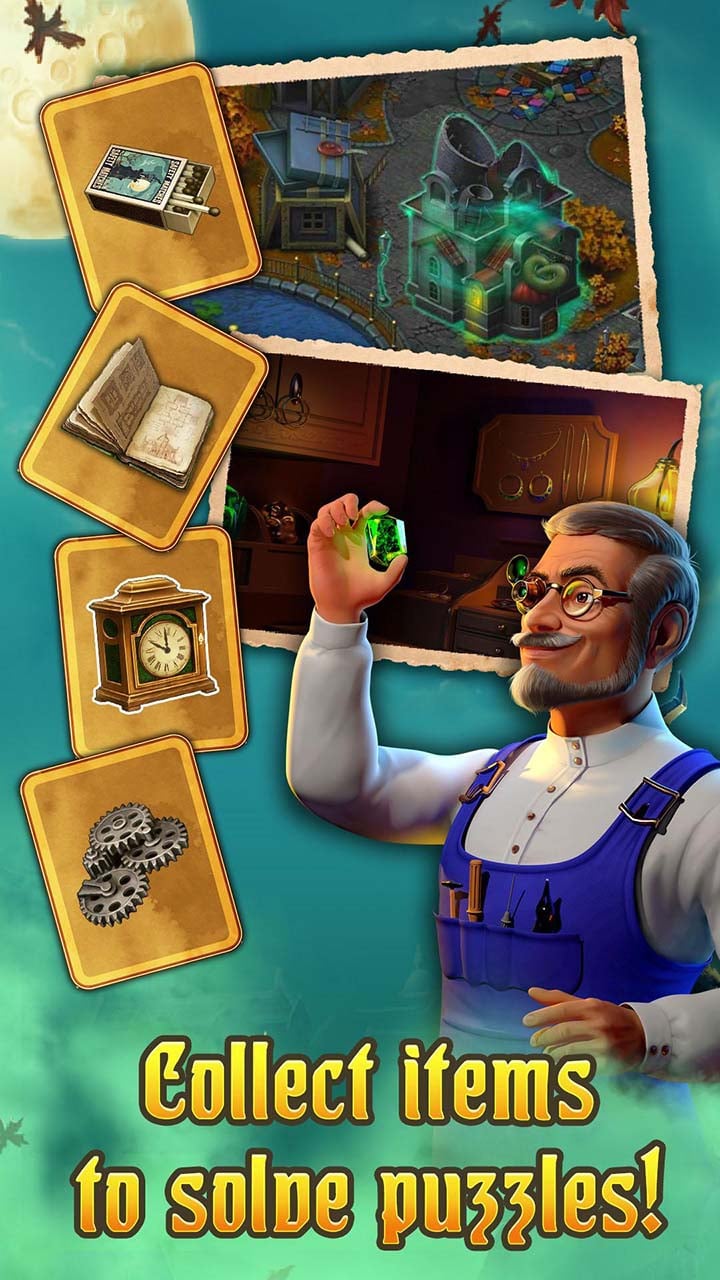 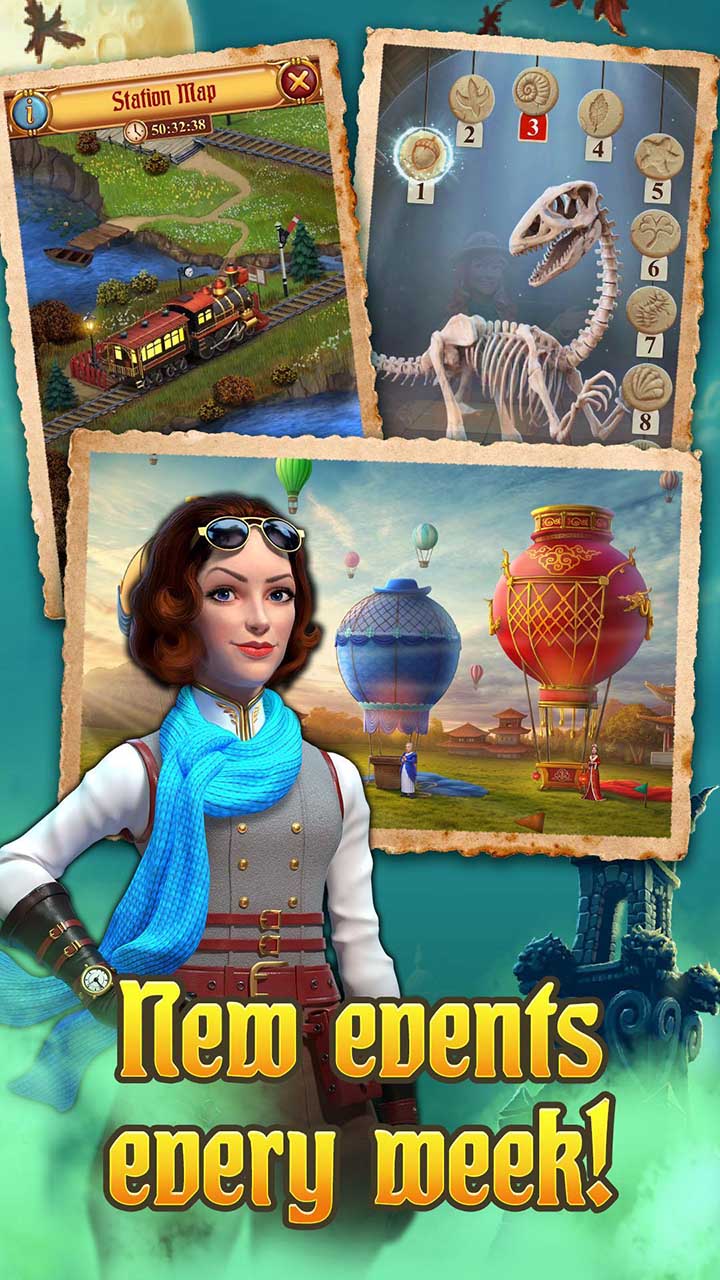 How to Play Clockmaker?

Now, we will go deeper into how to play the Clockmaker game. Clockmaker’s gameplay is not too different from other diamond-matching games like Candy Crush Saga, Jewel Star, or Juice Jam. In case you are new to this match-three game, Clockmaker has a very specific game guide on each level.

You will start with five lives and ten precious diamonds. It will limit players and display the requirements of each level in the upper right corner of the game screen. As mentioned above, the pictures in Clockmaker for iOS are beautiful. The diamonds look very classic and have a sense of value for players.

Like the classic Candy Crush Saga, you will swap the adjacent diamonds. Then, they will form horizontal or vertical rows of three or more diamonds of the same color. The same set of diamonds will be broken and disappear from the screen to make room for new diamonds. It means the target is shortened and keeps playing like that until we complete each requirement.

You will win when you complete the target without all your moves. When arranging four or give diamond row and column combo or forming letter T or L shape. The player will create a supplement and can break many diamonds at the same time. So puzzle and calculate wisely to win with the fewest moves possible.

Each level will have its requirements, such as the total number of diamonds or the number of broken rows. You should break the diamond lining and collect special diamonds. There are many rewards like maps, magic lights, or other items to unlock the next game. In case you cannot find the move, the game will have a sign on the screen.

If there are no more moves, the complete set will be reset for players to continue the puzzle. There is a difference compared to Candy Crush Saga. We cannot combine two different color plugins, but can only combine diamonds of the same color. The most interesting point in Clockmaker is the game map, not the game rules or graphics.

The game will divide the Stage into each House in town. Players will start from the first house, earn rewards. Then unlock other houses to conquer all 450 levels in Clockmaker. Besides, there is a game map for each event to avoid boredom when playing the same map. 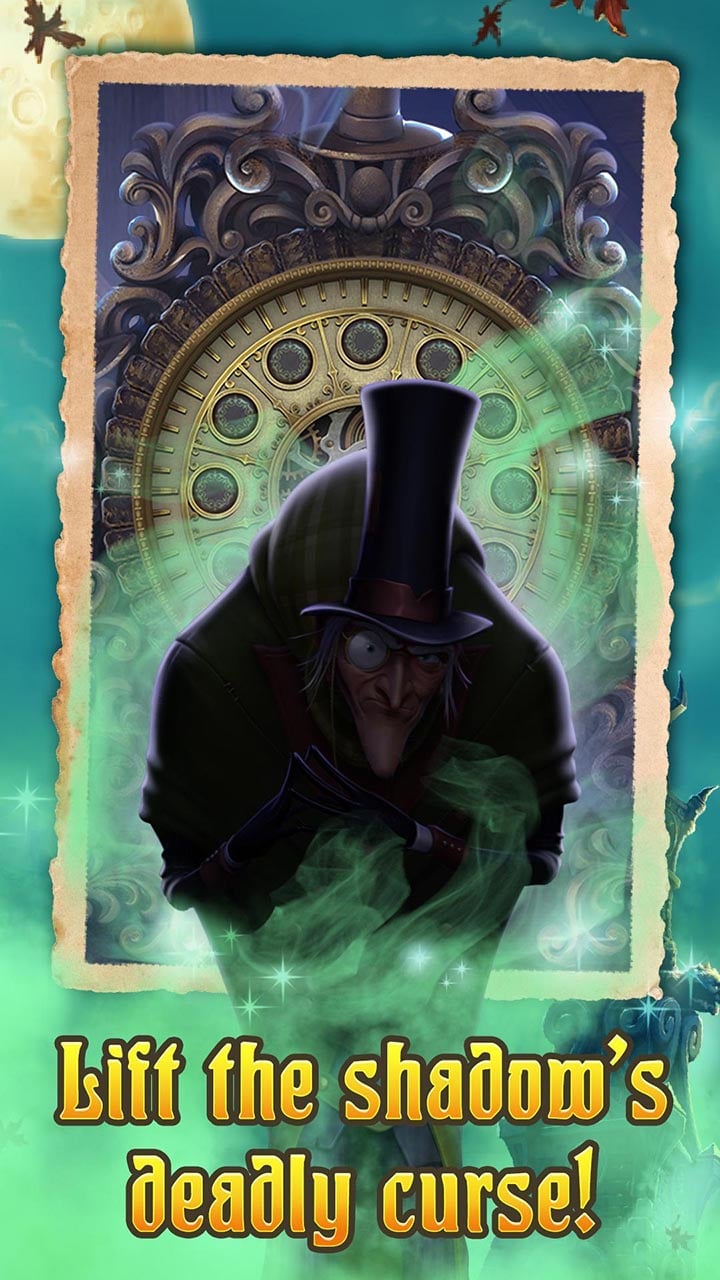 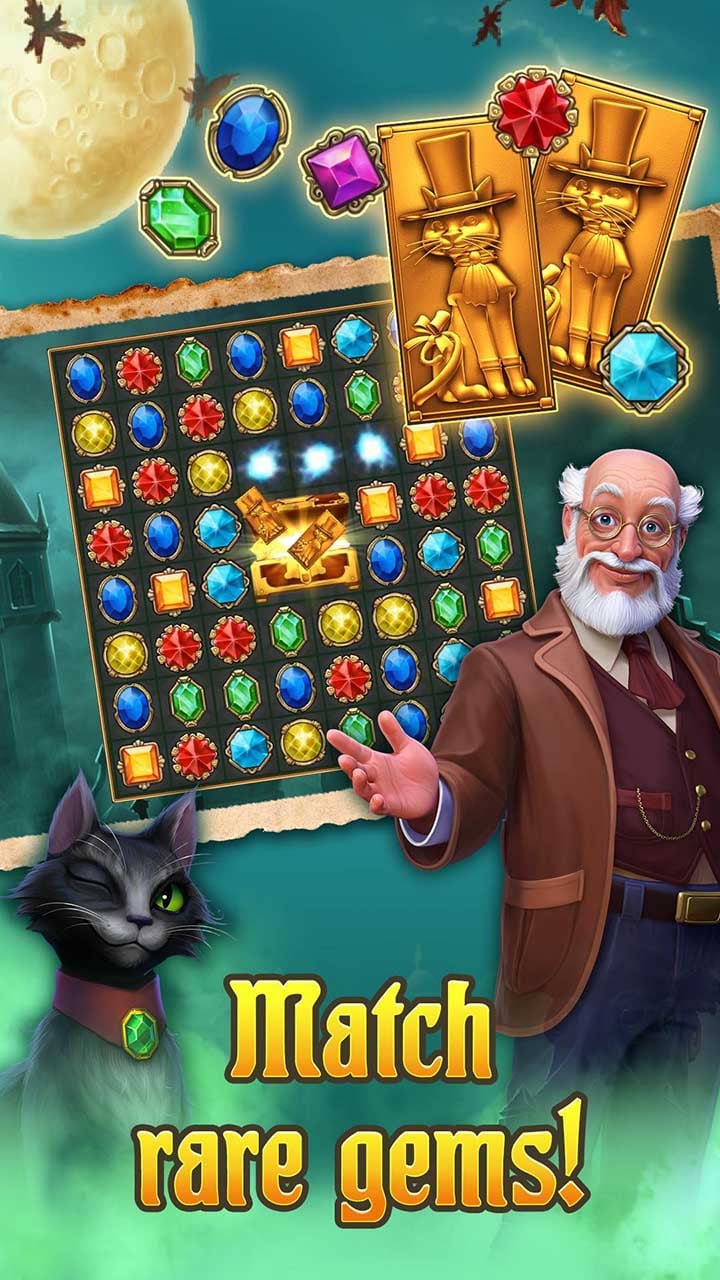 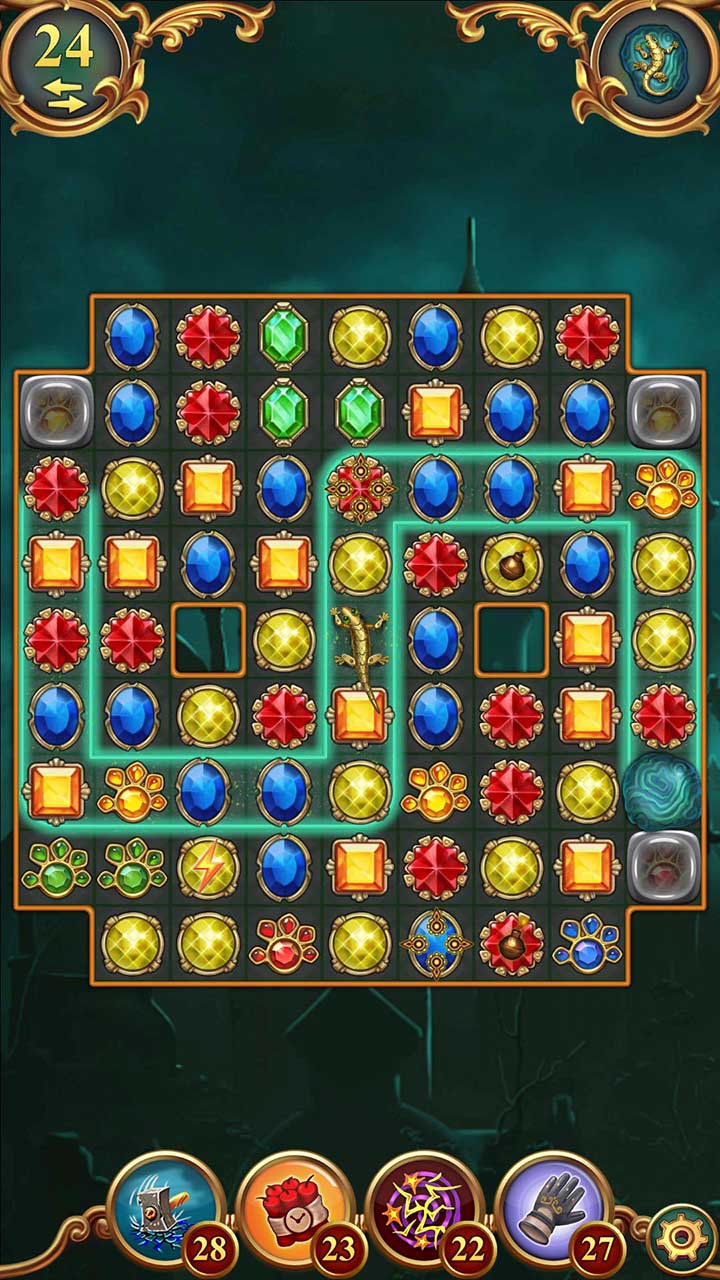 The player’s task when joining Clockmaker MOD APK is to rescue the cursed city from a mysterious spell. Learn the stories of the characters and save them from the evil watchmaker’s mystical powers in this exceptional match-3 puzzle game.

They design Clockmaker with quality 3D graphics that give you a sense of Europe’s mysteries for centuries. Experience and complete unique events at different levels. Compete with gamers from all over the world and put your name on the global leaderboards.