Get ready to ditch the generic action games and find yourself completely engaged in the awesome mobile application of Stealth Master, in which you are allowed to fully engage yourself in the epic ninja actions with its interesting elements of stealth and surprise. Enjoy sneaking around the map, looking for easy targets, and take them down before they know what’s coming.

Or you can also make use of the useful martial art skills and swift movements to enjoy playing the direct combats in Stealth Master, which will allow Android gamers to fully engage themselves in the awesome mobile title. Have fun exploring the vast in-game levels, each featuring its own unique elements and gameplay while also enjoy playing the game with your different approaches.

Learn more about this amazing mobile title from SayGames with our comprehensive reviews.

Here in Stealth Master, Android gamers will have their chances to fully engage themselves in the exciting mobile title of epic ninja action, in which they role play the game as an apprentice ninja who’s just received his very first missions. Enjoy guiding your characters through the challenges while also building up his skills and abilities in the process.

Make use of the interesting features in the game to enjoy playing Stealth Master however you want. The endless gameplay featuring multiple adventures and missions will allow you to always have fun in Stealth Master. And feel free to explore the different perks, abilities, and items that you can make use of as a ninja, which would make the in-game stealth actions a lot more fun and exciting.

Dive deep into the interesting and unique life of a notorious ninja and enjoy taking contracts of killing bad guys. Play the game in different styles and approaches to always find yourself having absolute fun with it.

To start with, Android gamers in Stealth Master can enjoy playing their favorite mobile game, thanks to the simple and intuitive touch controls. Here, all you need is to simply move your characters to avoid enemies’ visions and approach the targets from behind to quickly take them down. The one-touch controls let you freely move the screen simply by moving your finger and make uses of the auto-kill mechanics to easily take down the opponents without hassle. 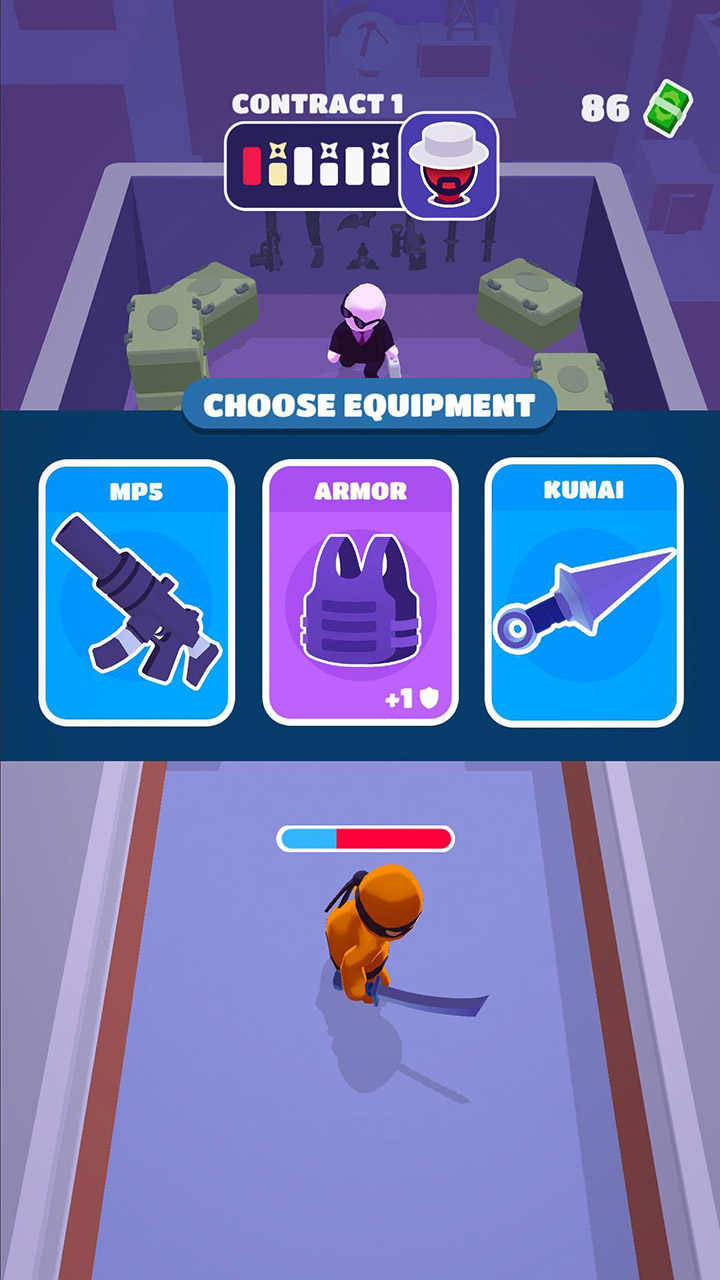 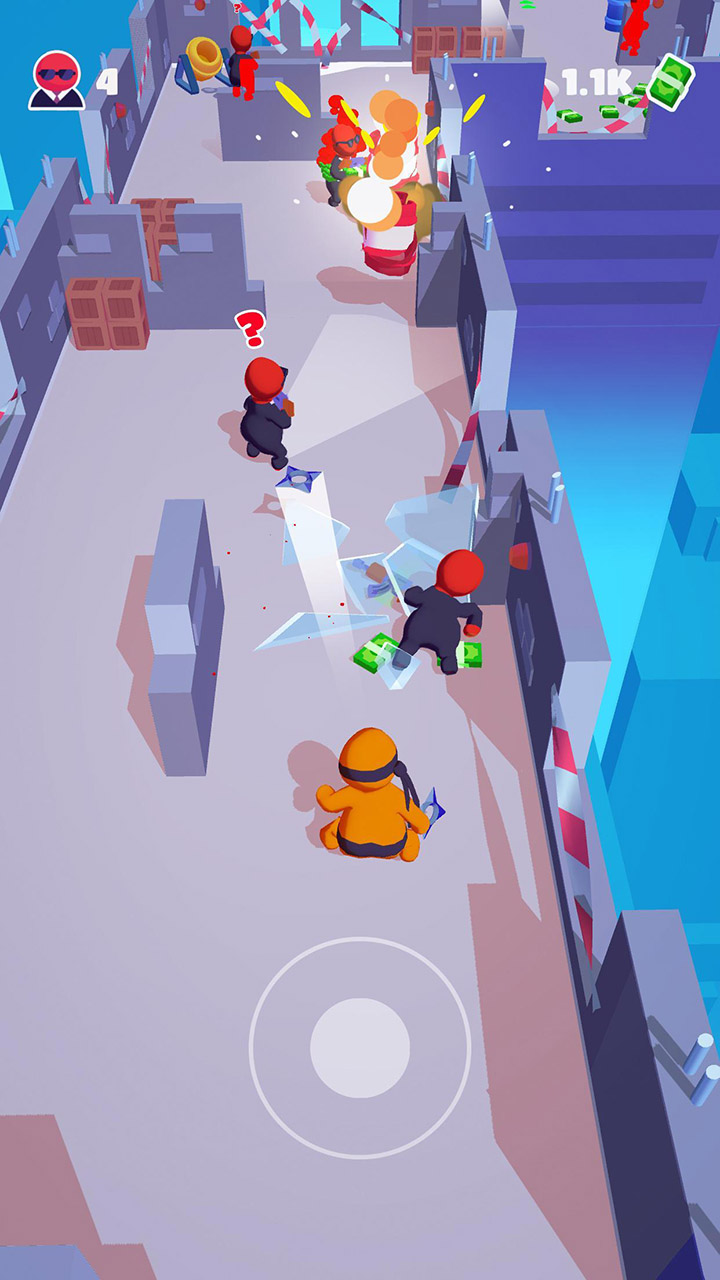 And for those of you who are interested, you can now enjoy the endless missions in Stealth Master, which allows Android gamers to freely explore the epic ninja actions and incredible challenges from the game. Feel free to engage yourself in the escalating levels with increasing levels of difficulty and unique gameplay. Enjoy taking down bad guys and their bosses with unique powers. Come up with various ways to approach and enjoy the game in its interesting levels.

Unique weapons to work with

And thanks to the availability of unique weapons in Stealth Master, Android gamers will now have their chances to try out different ones and enjoy their unique fighting styles in the game. From fighting your enemies with the deadly knife and katana that can take them down with one strike. Or make uses of the ranged weapons to keep you safe from enemies’ sight while still being able to execute your kills. Not to mention that certain special weapons are even capable of taking down groups of enemies at once.

Many different perks and items to boost your gameplay

Here in Stealth Master, Android gamers are also allowed to work with a variety of different perks and in-game items, which will provide them many different boosts to enjoy. Start by using your super abilities at the right time to temporarily buff your powers or debuff the enemies with unique attributes. Make uses of the available items and equipment to power up your characters and make them more capable during the battles. Make sure to always collect as much money that you can to be able to afford for your special boosters, which will really come in handy when fighting tough enemies.

To make the game more interesting, Stealth Master gamers will find themselves always engaged in the epic boss battles with interesting gameplay and exciting in-game mechanics. Feel free to work on different contracts that you’ve taken in the game and enjoy dealing with different enemies and their bosses. Certain targets will have their own unique traits and fighting mechanics, which require you to come up with many ways to deal with them. Enjoy playing the game with your interesting approaches and tactics when fighting the enemies. 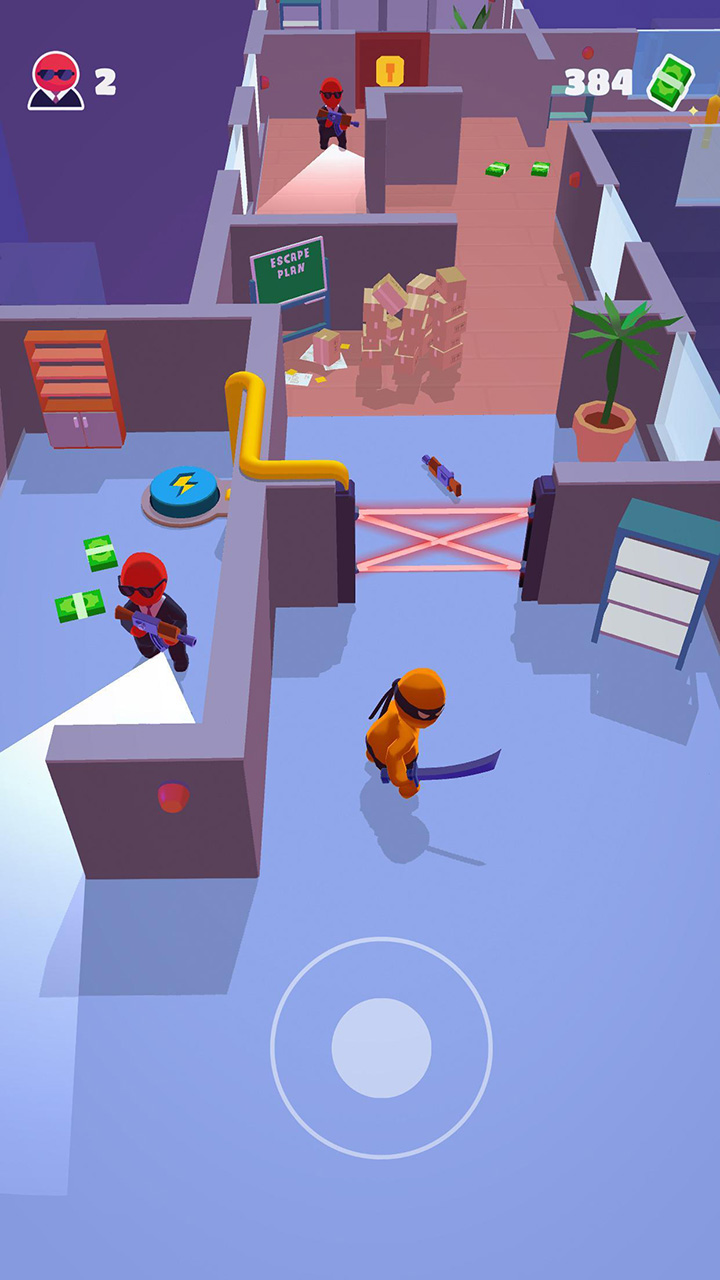 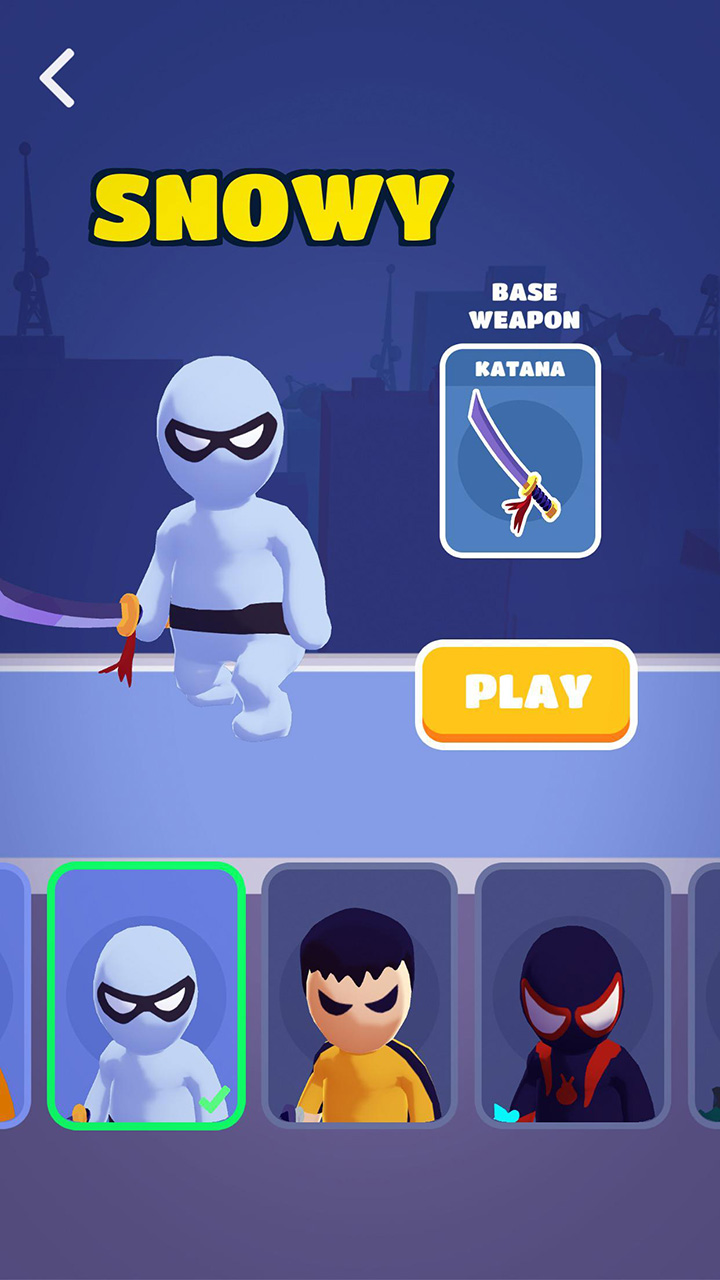 With each new contract and mission, you can now have fun with a completely new and interesting level setup, featuring new locations, different obstacles, many interactive elements, and more. All of which should allow you to further enjoy the game. Learn to make use of the varied environments and turn the different elements to your advantages. Thus, making it easier and more exciting when killing your enemies.

Here in Stealth Master, Android gamers are allowed to enjoy the completely unique action gameplay with the interesting elements of stealth. Here, instead of fighting the enemies head-on (although you can still do that), gamers are often geared toward a sneakier and effective killing operation. Feel free to explore the map, find great opportunities to approach the enemies, and make uses of the special items or weapons to take them down.

And to make sure that you can enjoy the exciting gameplay of Stealth Master, beside the interesting stealth actions, the game also features its own elements of puzzle, which allow Android gamers to have more fun playing their mobile action title.

Spare the innocents and be a good ninja

It’s not easy to be a good person, especially if that person’s job is to be a ninja. But you can always make the right choice in Stealth Master, as the game allows you to make the decisions to not kill certain individuals in the game. So always spare the innocent and only take down your enemies as you progress through the game. Who knows, you can even earn your in-game achievements for being good.

Feel free to customize your looks

To make the game more fun and engaging, Stealth Master allows Android gamers freely customize their in-game characters, using many interesting costumes that are featured in the game. Here, you can have fun dressing up in dozens of different outfits inspired by the Nightbat, Sam, Lora Craft, Killman, Trooper, Imposter, Lee, and more. Each character will look and feel completely different, which will make the game a lot more fun and exciting.

Have fun competing with friends

And for those of you who are interested, you can now have fun playing the exciting gameplay of Stealth Master while competing with friends and online gamers. From showing off your achievements and trophies to competing for high scores and the highest levels, you can earn your bragging rights with friends in Stealth Master.

Enjoy the offline gameplay whenever you want

To make the game more accessible, Stealth Master also features its offline gameplay for all Android gamers to enjoy on the go. Here, there is no need to turn on your mobile data or to look for active Wi-Fi connections, since the game will always be available for you to play without the Internet.

And despite all the exciting features, the game is still free for all Android gamers to enjoy on their mobile devices. Simply pick it up from the Google Play Store and start having fun with the game whenever you want. But since it’s still a freemium game, there will be ads and in-game purchases that might bother you.

And last but not least, unless you are willing to pay the premium prices to unlock the full game, it’s always better for Android gamers to go for the modified version of Stealth Master on our website instead. Here, we offer the free and unlocked version of the app for all gamers to enjoy with unlimited money, removed ads, and more. All of which should allow you to make the most of the mobile title without any troubles. Simply download the Stealth Master Mod APK, follow the given instructions, and start having fun with it.

Here in Stealth Master, despite the simple 3D graphics, the game still manages to deliver good interactions and many interesting visual elements to keep you engaged in the gameplay. Have fun controlling your unique ninja characters with special looks and realistic in-game animations. Explore the interesting visual effects and accurate in-game physics that would keep you fully engaged in the stealthy actions. And always enjoy the smooth and satisfying gameplay of Stealth Master on your mobile devices, thanks to its optimized graphics.

To make sure that Android gamers are fully engaged in the awesome mobile title of stealthy actions, Stealth Master features its amazing audio environments, which help to create the incredibly tense atmosphere. With on-theme music, realistic sound effects, and the overall spooky theme, the game has successfully replicated its awesome ninja-themed action movies that you’ve always wanted.

With a simple yet extremely fun and addictive gameplay, along with the swift and relaxing action and puzzle-solving elements, Stealth Master allows Android gamers to fully engage themselves in the awesome mobile title. Feel free to play the game as any characters as you want and make uses of your special abilities to always enjoy the different levels and challenges from Stealth Master. Plus, thanks to the free and unlocked version of the game on our website, you will now have better reasons to have fun with it.