Get ready to take on your ultimate tower defense challenge in Summoner’s Greed, as you defend your stolen treasure from the king’s army. Have fun with the classic gameplay of strategy where you set up your defenses with limited resources, and come up with interesting tactics to counter that of the enemies. Enjoy real-time tactic battles with your awesome towers and use their unique powers to blast the advancing enemies.

Embark on your in-game adventures and take on multiple levels as you progress. Explore new adventures and new in-game stories with your character. Unlock new powers that can help you overcome the challenges from the incoming enemies. Cast spells, use towers, and even summon your monsters to defend the loots.

Find out more about this interesting game from PIXIO with our in-depth reviews.

Here in Summoner’s Greed, Android gamers will play as a powerful summoner who is on his quest to defend the “stolen” loots from the king’s wraths, as he’s sending his armies of powerful heroes toward your lair. Use your summoner powers to defeat the incoming armies and protect your loots from the enemies at all costs.

Set up your awesome defenses by using your brilliant powers to summon all kinds of interesting monsters and creatures, each having its own unique powers and abilities. Place them in the right position on the board and use them as your defensive towers

Unlock awesome in-game actions and take your summoner experiences through multiple levels and stages. Further discover your powers and tactical capabilities to make sure that you can deal with the escalating threats from the king.

And most importantly, the game will allow Android gamers to have fun with friends and online gamers in exciting online competitions. Now, you can show off your skills in epic defense battles and make the most of the collected loot.

Multiple monsters to summon and make uses of

Here in Summoner’s Greed, Android gamers will have the option to summon a variety of different monsters, each having its own unique powers and abilities. Feel free to make uses of their awesome ranged powers to turn your monsters as defensive towers to protect your loots. Advance in the game and collect many rare, epic, and even legendary monsters with incredible powers. Upgrade them so that they can be more capable against your enemies. And learn the best ways to utilize each monster’s unique abilities and secondary powers. Create the best synergies between the monsters and your defense setups to fully protect the greedy summoner and his loot. 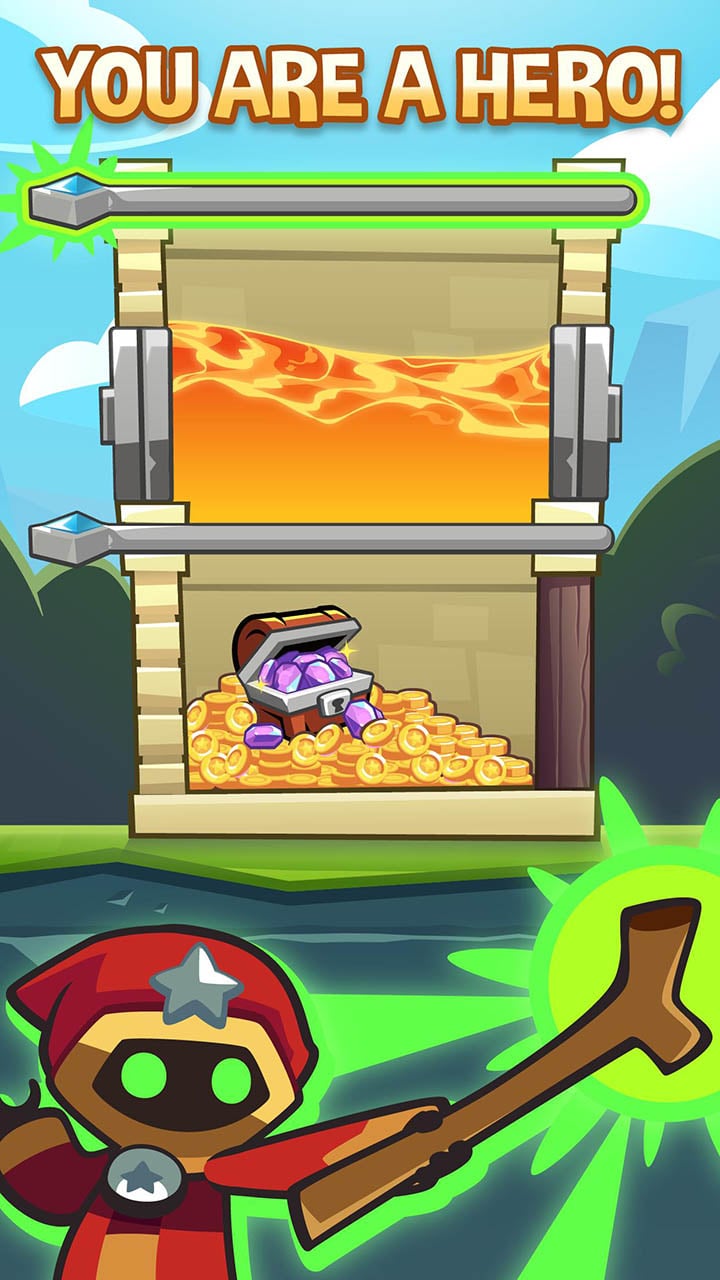 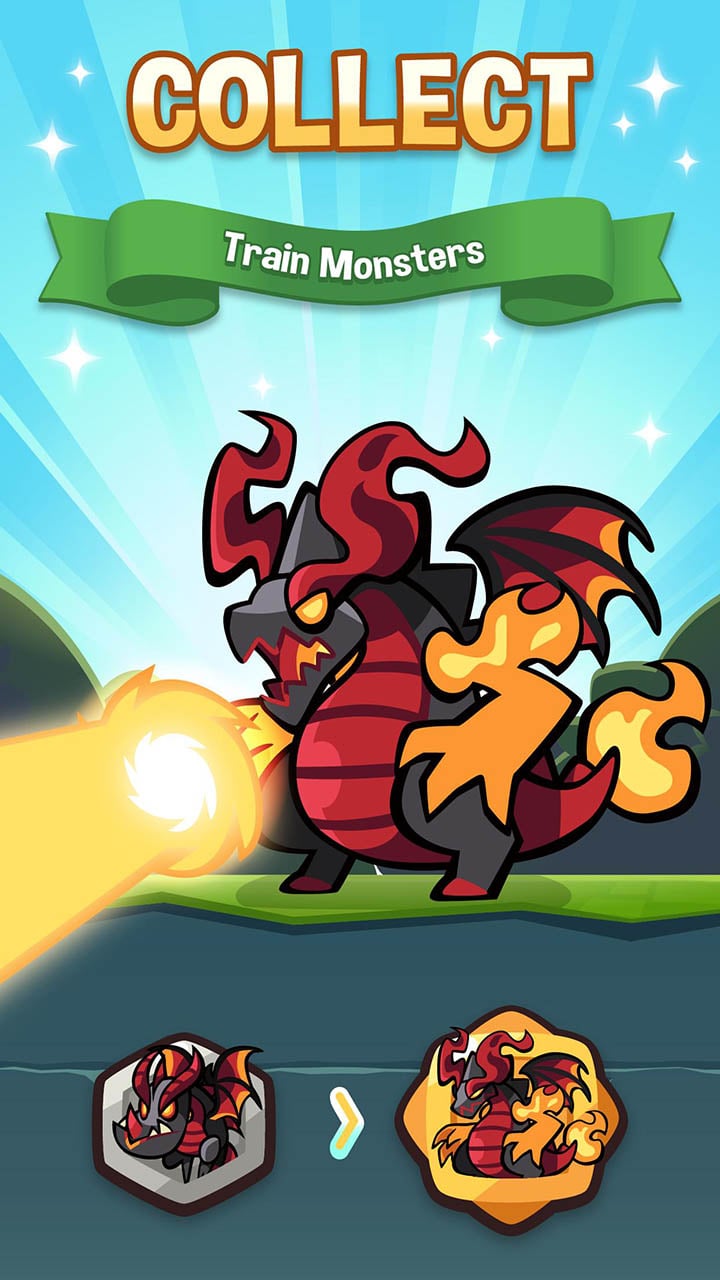 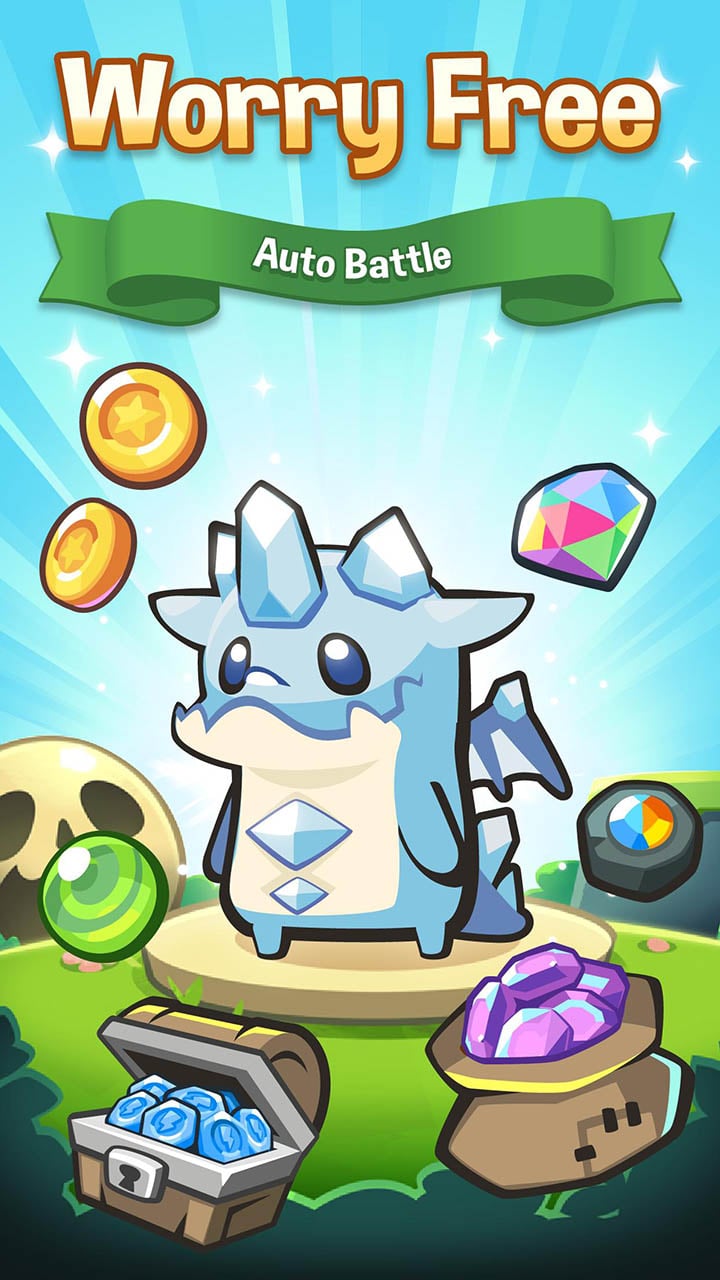 Intimidating enemy heroes and bosses to go against

Here in Summoner’s Greed, gamers will find themselves facing against nasty enemy heroes and bosses with intimidating powers. Defend yourself against endless waves of lowly peasants, axe-wielding lumberjacks, ice mages, and the King’s Elite Knights. All are coming at you for the undeniable rewards that were put down for your head. Have fun defending your base against multiple enemies with unique skills and abilities. This should further improve the tactical gameplay and make your in-game experiences more diverse.

Awesome spells to make uses of

For those of you who are interested, you can now enjoy the awesome in-game experiences from Summoner’s Greed, thanks to the available spells and their incredible affects. Feel free to enable your time-limited spells to destroy incoming enemies, boost your defenses, power up the monsters, and so on. Use them at the right moments to get the most out of them and effectively turn the tide of the battle.

To make the game more interesting, Android gamers will also have their chances to experience strategic tower defense gameplay in Summoner’s Greed, which provide many tactical aspects that you can discover. Feel free to play the game by strategically placing your towers at the best positions to make maximum damages. Combine each tower with the others to create your awesome synergies. 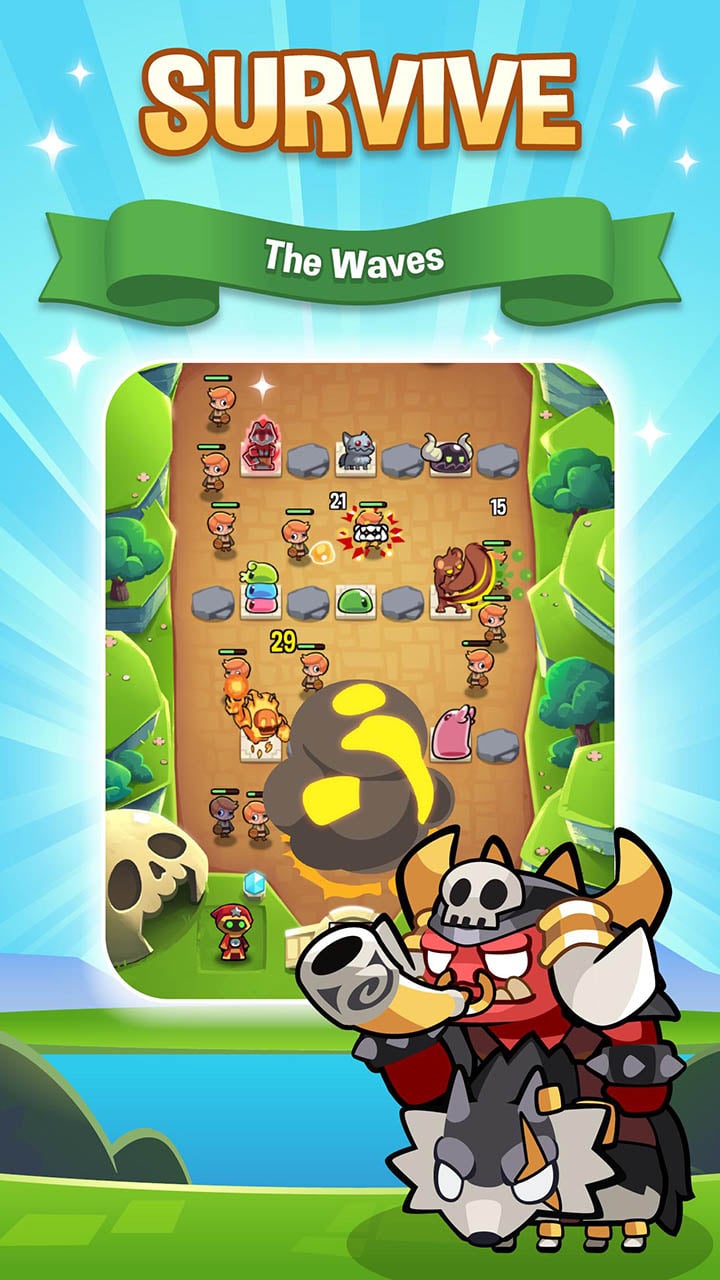 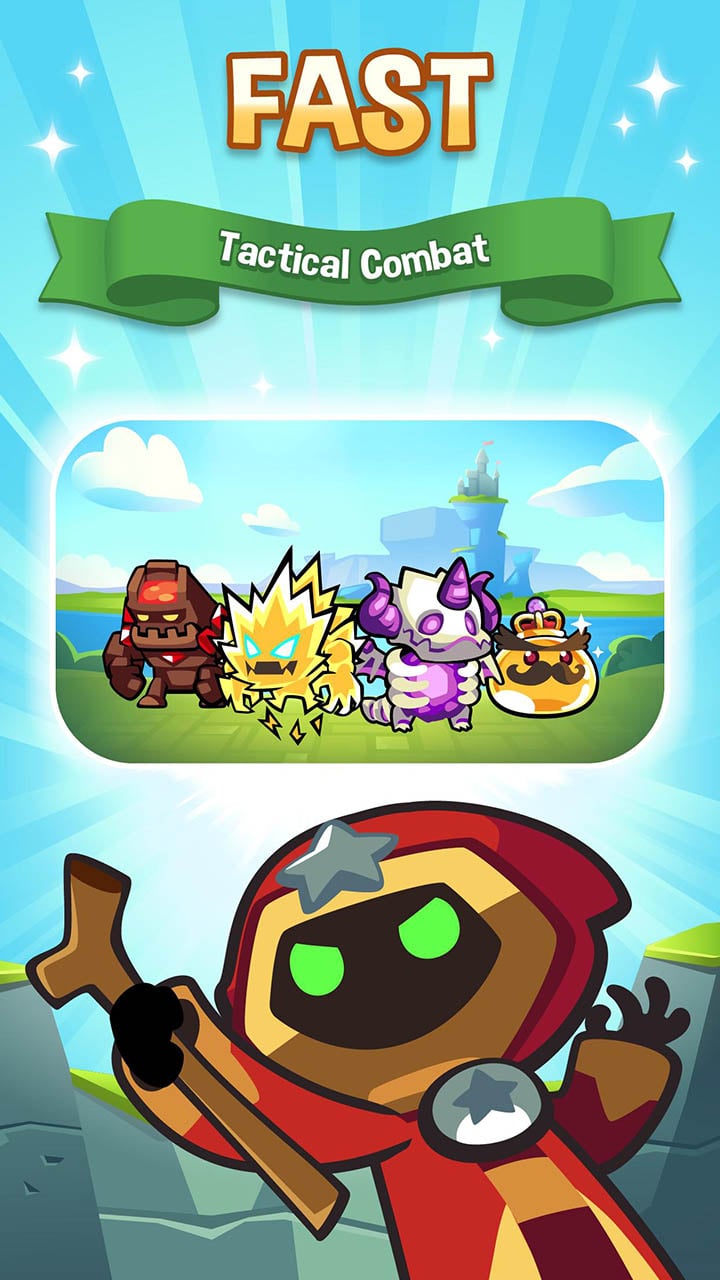 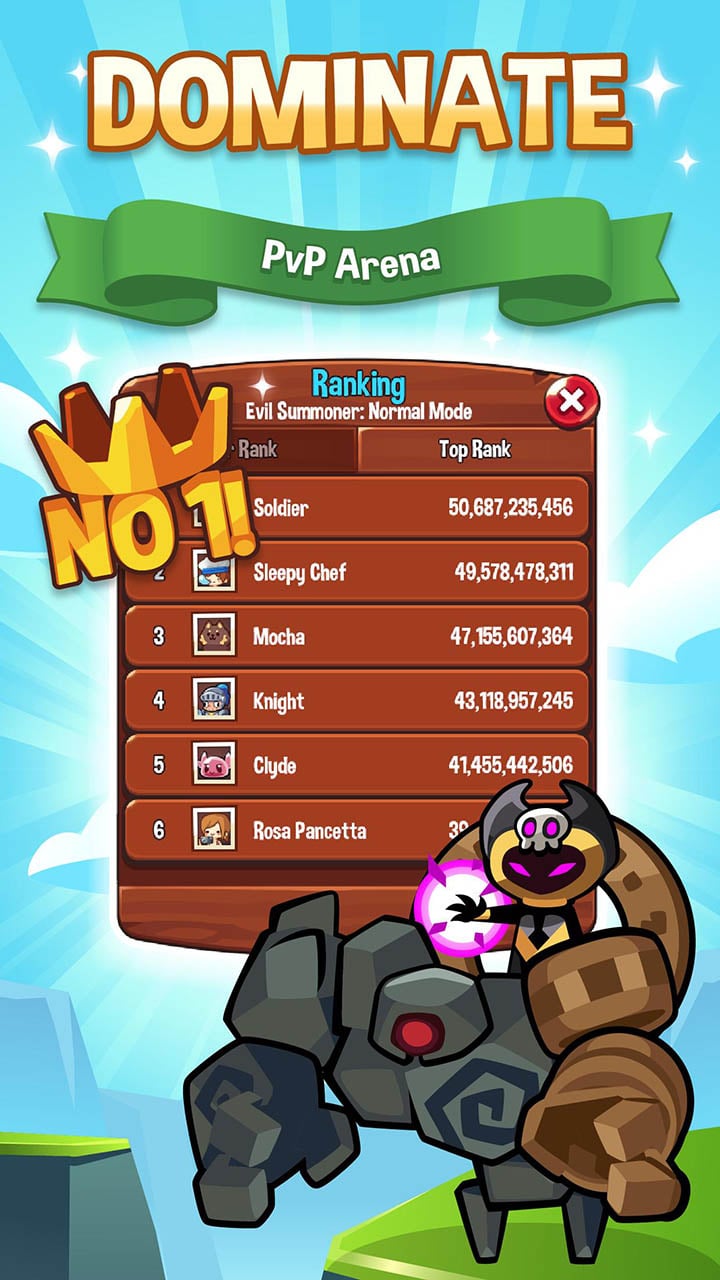 To make the interesting gameplay of Summoner’s Greed more enjoyable, gamers can now make uses of the Auto Battle option to let the battles happen on themselves. Here, the game will automatically set up your defenses or use the previous setups to allow for hands-free gameplay with Summoner’s Greed. You only need to make changes in the game when it’s needed.

Make multiple upgrades to advance in the game

For those of you who are interested, you can now unlock multiple in-game upgrades, which will allow you to comfortably advance in this awesome mobile game. Unlock your awesome tower upgrades to increase their powers. Explore incredible monster evolutions to collect more powerful beasts that you can summon. And power up your spells, to enable more devastating blats against the enemies or effectively boost your entire defense.

Here in Summoner’s Greed, gamers will find themselves being challenged by the intimidating enemies in multiple quests and stages, with the latter being more difficult than the last. As a result, the escalating in-game difficulties will make sure that you can always enjoy Summoner’s Greed whenever you are ready.

Along with the classic in-game adventures, Summoner’s Greed also provides its awesome online gameplay, in which you can have fun with friends and online gamers at any time. Feel free to join each other in epic online PvP matchups, win against your opponents, and climb the epic ranks in PvP Arena. Show off your skills and get the best result in the game to collect special rewards.

And despite all the exciting features, the game is still free for all Android gamers to enjoy on their mobile devices. As a result, you can easily get it from the Google Play Store, no payment is required. Feel free to play with many available features from the game.

Have fun with the unlocked gameplay on our website

But since it’s still a freemium title, ads and in-game purchases will likely bother you. Hence, you might want to go for the unlocked version of the game on our website instead. Here, we provide unlimited in-game access for Summoner’s Greed gamers and enable a lump sum of money as a start. Not to mention that the ad-free experiences will make sure that you won’t get disrupted. Hence, it’s totally possible for Android gamers to enjoy their Summoner’s Greed experiences to the fullest. All it takes is for you to download and install the Summoner’s Greed Mod APK on our website.

The game provides its unique and interesting elements of cartoony visuals, which many of you would find interesting. Here, you can enjoy the similar graphics to the famous Almost a Hero while also having fun with unique visual experiences, thanks to the unique designs from the game. And most importantly, the undemanding graphics will enable smooth and satisfying gameplay of Summoner’s Greed on most of your Android devices.

Here in Summoner’s Greed, gamers will have their chances to enjoy the amazing sound effects and original soundtracks, which would keep them hooked to the battles for hours on end.

With in-depth and interesting gameplay of strategy and adventure, Android gamers in Summoner’s Greed will have their chances to completely immerse in the classic TD gameplay. Together with interesting graphics and audio, the game should allow you to have a lot of fun with your adventures. And most importantly, the free and unlocked version of the game on our website will surely impress you.