The description of The Mighty Quest for Epic Loot 8.2.0 (Unlimited Money) Embark on your epic adventure in The Mighty Quest for Epic Loot as you dive into the exciting and thrilling actions that it delivers. You either dare to loot and get your rewards or die trying. Join thousands of other online players in this never-ending RPG game. Find out everything you need to know about this epic game from the famous Ubisoft Entertainment with our reviews.

In this game, players will be introduced to a whole new world of Opulencia, where magic and legendary creatures exist in our daily lives. You’ll take on your role as the novice hero who always dreams of joining the craziest adventures, defeating the toughest enemies, finding the treasures, and even claiming the King’s throne for yourself.

However, to do that, he’s going to need your help, a lot. Start by guiding your heroes through various challenges and missions. Help him take down annoying monsters and powerful giant bosses. Immerse yourself into the amazing gameplay of The Mighty Quest for Epic Loot right on your Android devices.

Take on the mightiest enemies and claim your rightful heir to the King’s throne. Be the hero that you’ve always dream of. 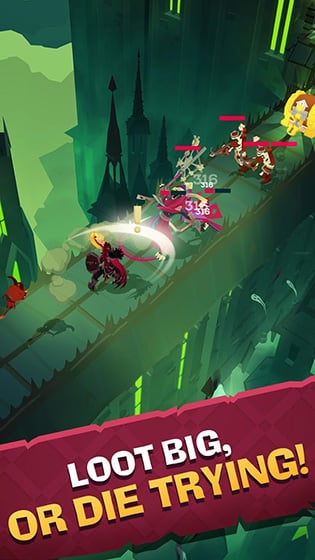 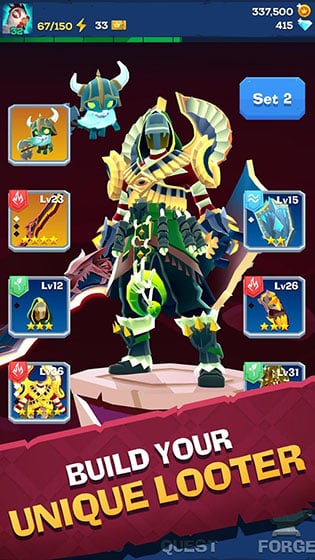 Here you’ll find all the notable features that the game has to offer:

With The Mighty Quest for Epic Loot, players will have their chances to experience for the first time, a completely refreshed and innovative touch control mechanic. With frantic one-thumb gameplay, you can quickly enjoy all the fun in battling the monsters and giant bosses using a single finger.

Tap and slash to move your hero around, dodging and attacking their enemies using the convenient controls. RPG gaming has never been so simple.

To make your combat more interesting, the game also introduces countless different monsters that you must deal with. Each of them has their own powers and abilities that allow you to experience different combats without feeling bored. Slain down all kinds of evils including goblins, skeletons, banshees, and so on. 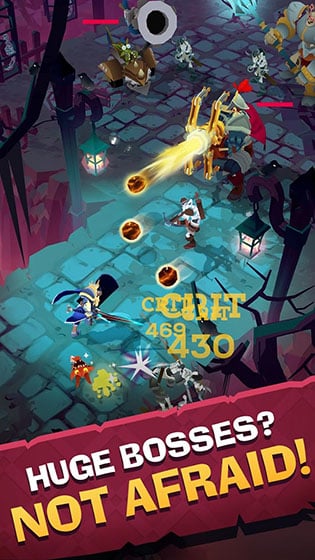 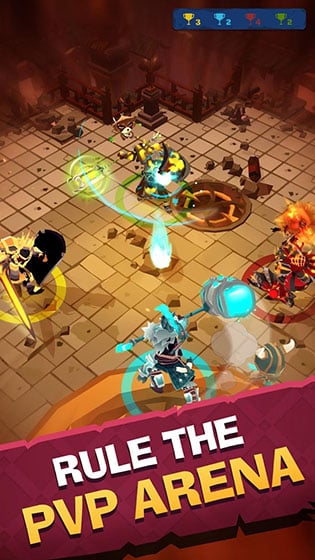 Explore the epic world of Opulencia

With a huge world to explore, players in The Mighty Quest for Epic Loot can gain access to over 100 different locations throughout their game. Discover a whole new whole in Opulencia, in which we have epic castles that float up in the sky. Explore some of the most interesting locations, including the Cursed Cathedral and the Haunted Pirate Ship.

Create your own hero and train him as you go

Start the game by creating your own hero and train him as you go. Each player will have the option to manually customize the features on their heroes to make them stand out from the other. Choose your hero classes as well as immerse yourself in the deep gameplay. 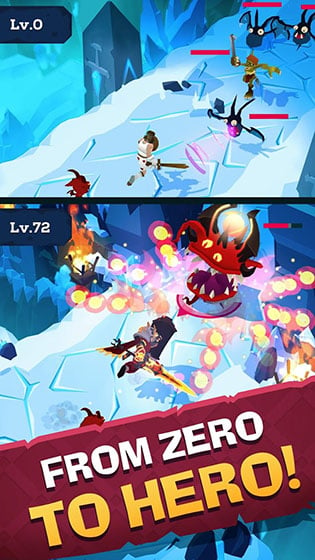 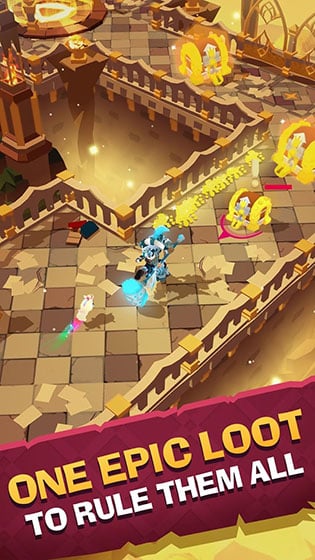 Equip your heroes with over 1000 of different weapons throughout your journey. Depending on your fighting styles, you can switch between different sets of items and use them to max out your heroes’ potentials. Never give up as you strive to become stronger with more epic gears and weapons.

Customize your heroes to make them look awesome

Strengthen your heroes with powerful skills and abilities

The game also allows players to power up their heroes using the skills and abilities system. With each opponent being taken down and each stage that you’ve completed, you’ll earn yourself valuable experiences that can be used to level up your heroes. This would give you new skill points which can be added up to your initial skills and unlock new ones.

Take on the exciting PvE campaign

Enjoy the massive PvE battles as you would learn how to make uses of the tricks and traps that are available on different stages. Take down the giant bosses, as you learn about the secrets behind the throne of Opulencia. Follow the story and experience exciting gameplay with your heroes.

In additions, players are allowed to enjoy the game in 3 levels of difficulties. Try them all and clear all the levels in The Mighty Quest for Epic Loot.

Apart from the main campaigns, players are also allowed to join millions of online players in exciting PvP matchups. Put your skills and abilities to the ultimate test as you go head to head with actual players.

Test your skills in the Arena as you give it all that you’ve got. In addition, you can also climb the ranking tables to compete with other online players. Gain your final positions in the upper part of the table and earn yourself valuable prizes.

Participate in exciting and rewarding events

On the other hand, the game also introduces various events that take place all year round. Instead of playing over and over again the campaign, you can now join others in the never-ending events and earn yourself valuable loots and rewards.

The game is currently free to play so you won’t have to pay any extra. Just access the Google Play Store to download and install the game. The incredible adventures in The Mighty Quest for Epic Loot await.

The game features epic visual effects with smooth and well-executed combats. Players will feel like they’re lost in the world of Opulencia

Powerful and impactful audio experiences from the beginning to the end will keep you hooked to this game.

The Mighty Quest for Epic Loot is a fun and exciting game for anyone who’s looking for a great RPG title that they could enjoy anywhere anytime. The simple yet consistent gameplay will keep you entertained for all the time.