The famous game studio of Outfit7 Limited is back, and together with the famous My Talking Tom Friends and My Talking Angela, they will introduce Android games to another interesting animal friend to add to your collection. Feel free to explore the hilarious experiences with your friendly yet feisty little bird of Pierre the Parrot.

Have fun with your awesome gameplay of simulation in Talking Pierre the Parrot, as you freely interact with the little bird and explore many interesting interactions. Play with the birds in many unique in-game activities. Experience interesting moments with your favorite parrot and unlock more features in the game and have more fun with the mobile title.

Find out more about this interesting game from Outfit7 Limited with our in-depth reviews.

Here in the game, Android gamers will have their chances to join the little blue parrot in your ultimate gameplay of entertainment simulation. Have fun playing with the exciting gameplay of simulated interactions, as you pet him, talk to him, and let him imitate your sounds. Make uses of the in-game props to further enjoy your simulated experiences. Throwing tomatoes at the noisy bird. Let him sing and play his guitar. Make fun of the bird and get him pissed and start throwing stuff at you. And freely work with many other props in the game.

But most importantly, gamers in Talking Pierre the Parrot will have their chances to enjoy their exciting gameplay of simulation with other interesting characters from the My Talking Tom series. Have fun unlocking the hilarious animals as they freely interact with Pierre and you in many surprising ways. Unlock new features in the game and have fun more with the available characters whenever you want to.

Here are all the exciting features that he game has to offer:

To start with, Android gamers in Talking Pierre the Parrot can immediately engage themselves in their simple and accessible gameplay of entertainment simulation. Feel free to play around with the in-game elements and comfortably interact with your little Parrot. Explore many unique and interesting interactions with your parrots. And most importantly, the stress-free and liberated gameplay will allow you to have fun with the exciting parrot however you want to. There won’t be any objectives or goals for you to complete. Simply immerse yourself in the awesome gameplay of entertainment that even kids would love. 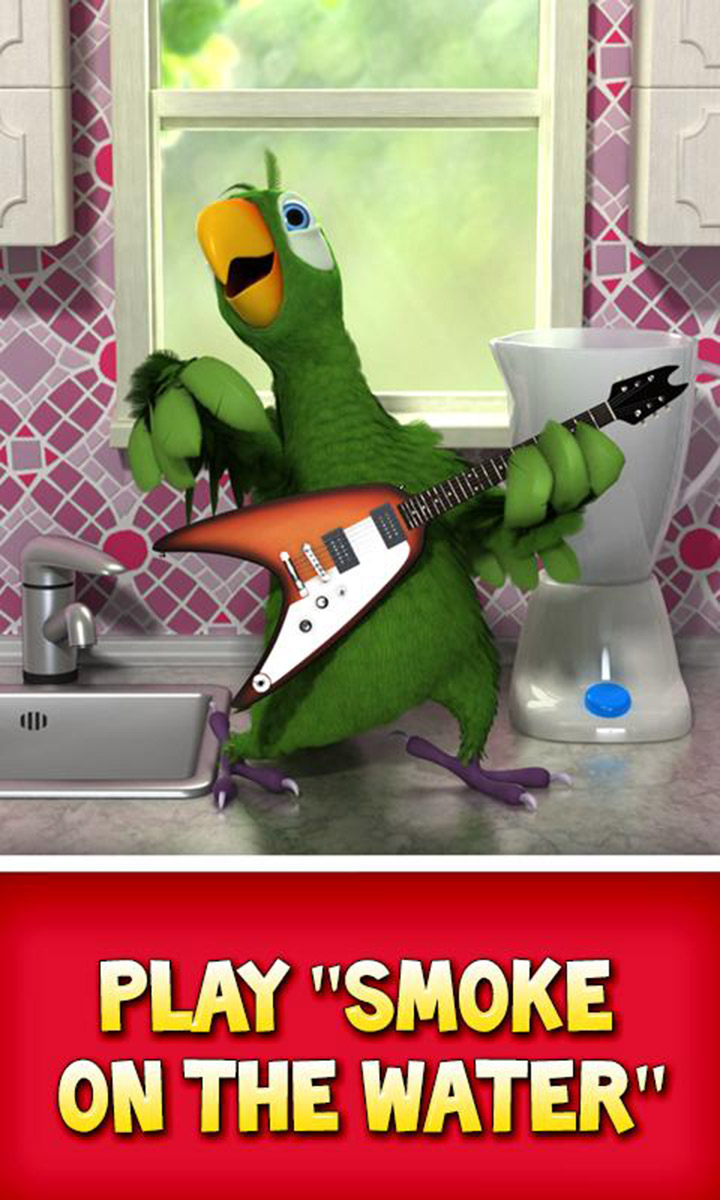 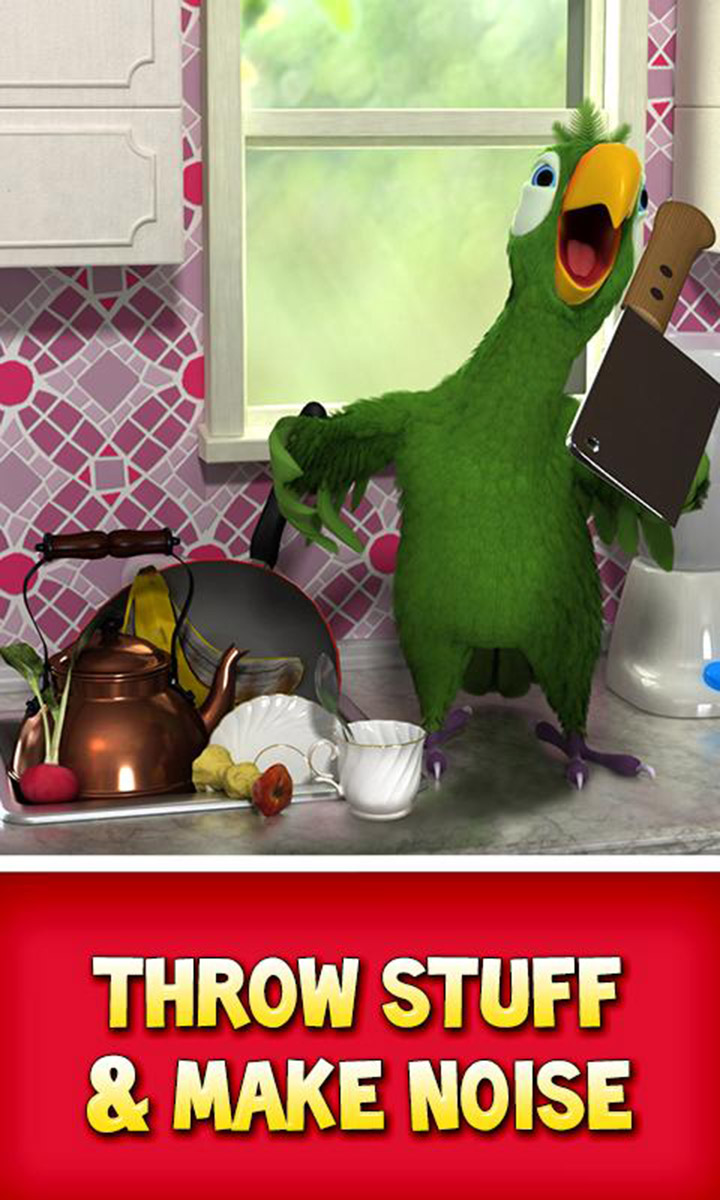 Have fun talking and have him imitate you

For those of you who are interested, you can start talking to talk to our little Pierre as he repeatedly imitates whatever you were saying. Have your little parrot repeat to your voices and invent his own interesting sentences, which will make the in-game interactions a lot more fun and exciting. Have fun exploring the awesome gameplay of Talking Pierre the Parrot and prank others with your recorded sayings of Pierre at any time, which will make the game a lot more interesting.

Play with Pierre in many interesting games

For those of you who are interested, you can enjoy your awesome mini games with Pierre, as you pick up the in-game props and freely play your exciting games with him. Try hitting him with your soft and squishy tomato shoots. Get him a guitar and allow him to rock on with incredible pieces of music. Or piss him up to let him throw all kinds of stuff toward you. All of which will allow you to have fun with the awesome game to its fullest. 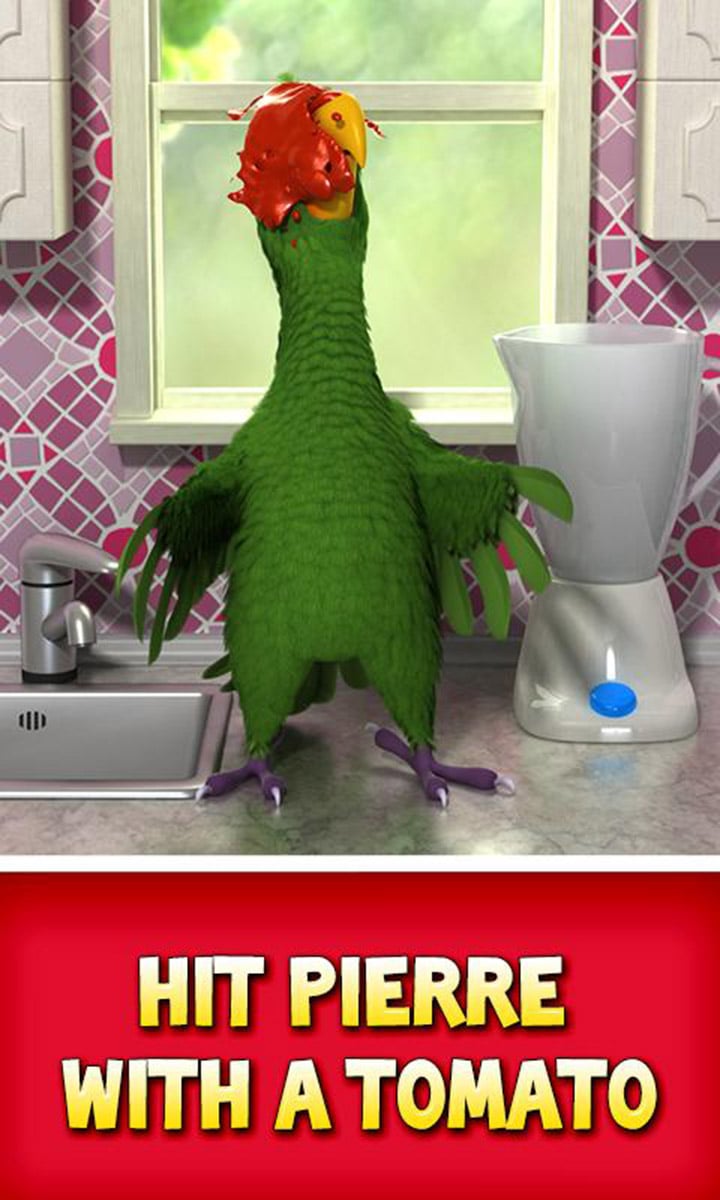 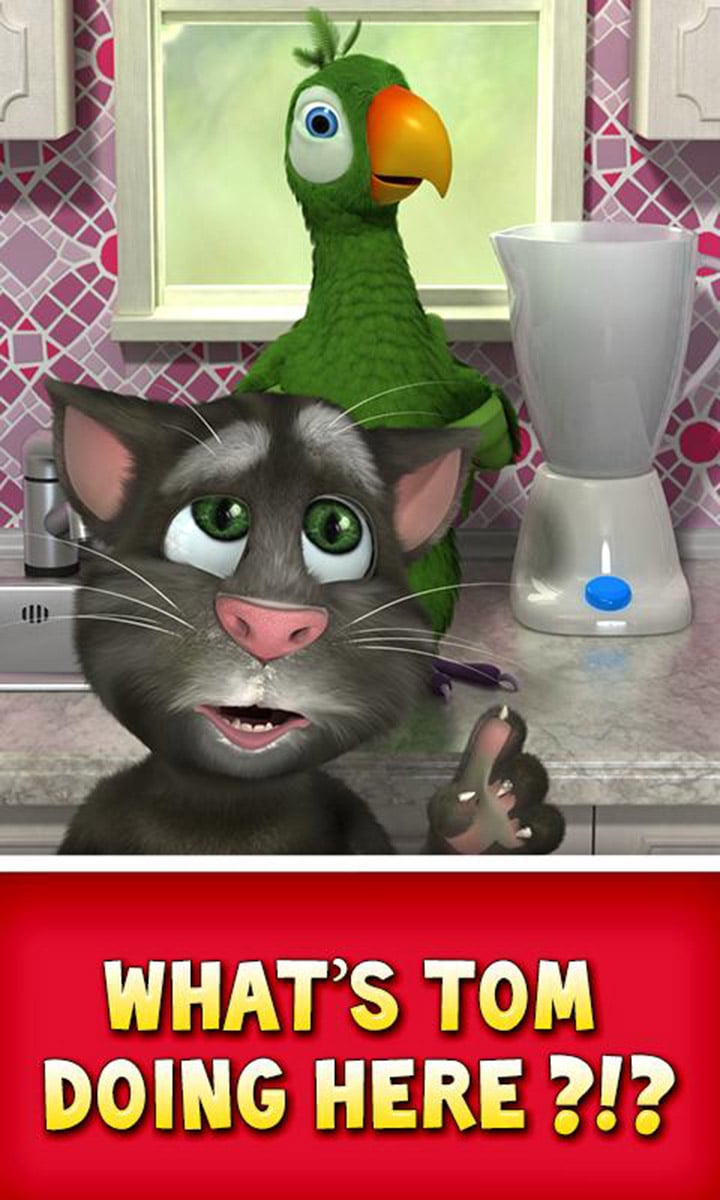 At the same time, feel free to interact with the little adorable parrot by simply rubbing his belly, poke him to get him mad, or have him jumping around the way you wanted. Enjoy your exciting interactions with little Pierre and have fun with exciting in-game experiences. All of which will make you feel like having your own realistic pet.

Enjoy the offline gameplay at anytime

Capture amazing memories with your parrot

And to capture all the amazing memories that you can have with your little parrot, gamers in Talking Pierre the Parrot can now make uses of the useful camera option in the game to easily record their screen. Take interesting pictures with your adorable parrots and record your interesting video clips when Pierre is doing his goofy actions. Feel free to share your footage online and have more fun with the exciting gameplay of Talking Pierre the Parrot.

Collect other characters to have more interactions in the game

And together with the famous Talking Tom cat that can appear in your gameplay by default, Android gamers in Talking Pierre the Parrot can also collect other famous characters from the series and have them interact with Pierre. Have fun with new characters and unlock new gameplay, which will allow you to have more fun with the title.

Have access to the original animated series of Outfit7

For those of you who are interested, you can now enjoy the original animated series of Outfit7 in Talking Pierre the Parrot, as the game features its quick access to the YouTube videos of the series. Enjoy your exciting clips with the group of friends, thanks to the integrated videos whilst still playing the game.

And despite all the exciting features that the game has to offer, Android gamers can still have fun with the free version of Talking Pierre the Parrot on their Google Play Store. Feel free to have fun with many interesting features from the game whenever you want to.

Last but not least, to make sure that Android gamers can have the most fun with their gameplay in Talking Pierre the Parrot, we also offer the free and unlocked version of the game on our website. Here, we provide unlimited in-game access to many available features from the game. And at the same time, you can also pick up the treasure chests and unlock heroes without spending actual money. Plus, the in-game advertisements are also completely removed so you can enjoy your uninterrupted adventures. All you need is to download and install the Talking Pierre the Parrot Mod APK on our website.

For those of you who are interested in the classic visuals from the famous series of My Talking Tom, Talking Pierre the Parrot will introduce its enhanced graphics with realistic 3D elements and dynamic visual elements. Have fun with realistic and engaging animations with your parrots and his friends. All of which will allow you to have fun with the awesome mobile gameplay of simulated entertainment.

Together with powerful visuals effects, the game also features interesting sound experiences, which will make your in-game interaction a lot more realistic and relatable. As a result, you will find yourself enjoying the exciting gameplay of Talking Pierre the Parrot even more.

With the classic gameplay from Outfit7 studio and a new character, Talking Pierre the Parrot will allow fans of the series to have more fun with their goofy and feisty little bird. Feel free to discover the standard gameplay that have made the series popular and unlock new features that will surely impress many of you.