My Talking Tom is a virtual pet game Out Fit 7 launched in November 2013 on Android, Windows Phone, and iOS platforms. Accompanying you in the game is Tom the Cat. He can mimic human sounds in a fun and funny way and will help you have entertainment moments. Even though the Talking Tom Cat 2 was available, the original version of the game has a lot of attention from players from all over the world.

Designed for users who love pets, animals, or children, My Talking Tom allows players to raise a kitten of their own named Tom. Your task is quite simple, let Tom eat, play with him, and nurture a funny kitten. Tom will become a mature and intelligent cat.

You should also dress Tom in beautiful costumes and accessories that you can buy in gold at the shop. Besides, you can decorate Tom’s house with utensils for the kitchen, bathroom, playground, and bedroom. So, it feels happy when living with you in a cozy house. You will experiment with different fashion styles for Tom by trying out costumes in whatever style you like and choosing from a diverse collection of colors, hat styles, and glasses.

Talking Tom Cat 2 has more features than the first version but is much simpler than its successor My Talking Tom. The primary interface is arranged intuitively with 12 items. The cluster of features on the top left of the screen includes two symbols of the camera and the film reel. Click on the camera to record the video. You should see this icon blink and turn bright red. While recording, interact with Tom like tickling, kicking, and talking to Tom parody with a cute voice. Players can touch any part of the cat Tom to see how he reacts.

To stop recording, press the camcorder again to go to the next screen. Here you can playback the video you just recorded when you press the Play button, share them on social networks of Facebook, YouTube, via email, or save it to your Photos (iOS) or Videos (Android). When you choose to share, the video will be converted to a format suitable for you to post.

Click the icon reel to see Tom’s Video Gallery. You can find game trailers, videos recorded by Out Fit 7, or videos recorded and shared by players on social networks. The cluster of features on the top right of the screen is the app setup and introduction of the new Out Fit 7 app. Click the smiley icon to access the settings, including activating Child Mode for children to play without parental supervision, other basic setups, introduction to Tom toys, leaderboards, and basic gameplay.

The new cat face icon is the place to introduce the company’s newly launched applications, you can refer to the download. These are all free entertainment and game apps with animals mimicking human voices.

How to Play Talking Tom Cat 2?

In terms of graphics, it makes Talking Tom Cat 2 funny, lovely with bright colors, and suitable for all ages. Thanks to the beautiful graphics, Talking Tom Cat 2 is available in 135 countries with an extremely large number of players. With 12 million positive reviews on the Google Play app store, it is enough to show the appeal of the virtual pet game as number one in this world.

If you get bored with Talking Tom Cat 2, you can always play the second part of the game or download one of the many other talking animal games from the developer Out Fit 7 that followed the title. For example, like Talking Ben the Dog, Talking Gina giraffe, or Talking Ginger.

It does not have enough action to make it have lasting appeal. Talking Tom Cat 2 will give you a good giggle for a while. Talking Tom Cat 2 is currently translated into eight languages of Japanese, German, Chinese, Korean, French, Spanish, Italian, and Portuguese. 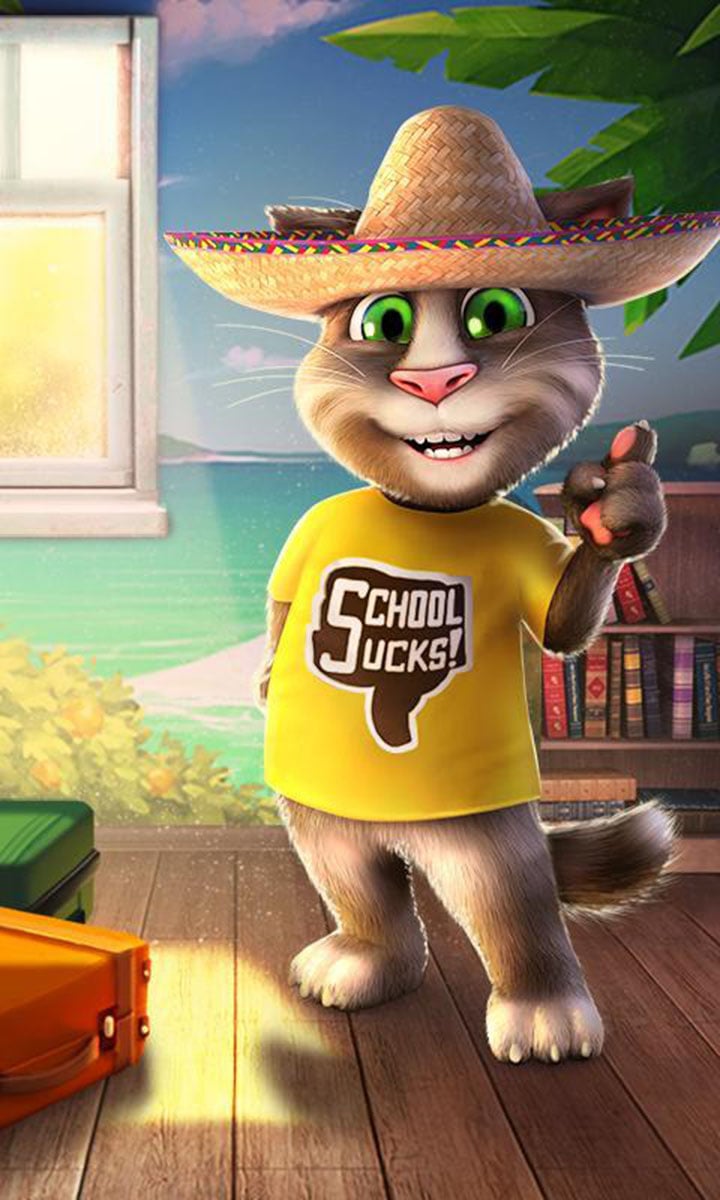 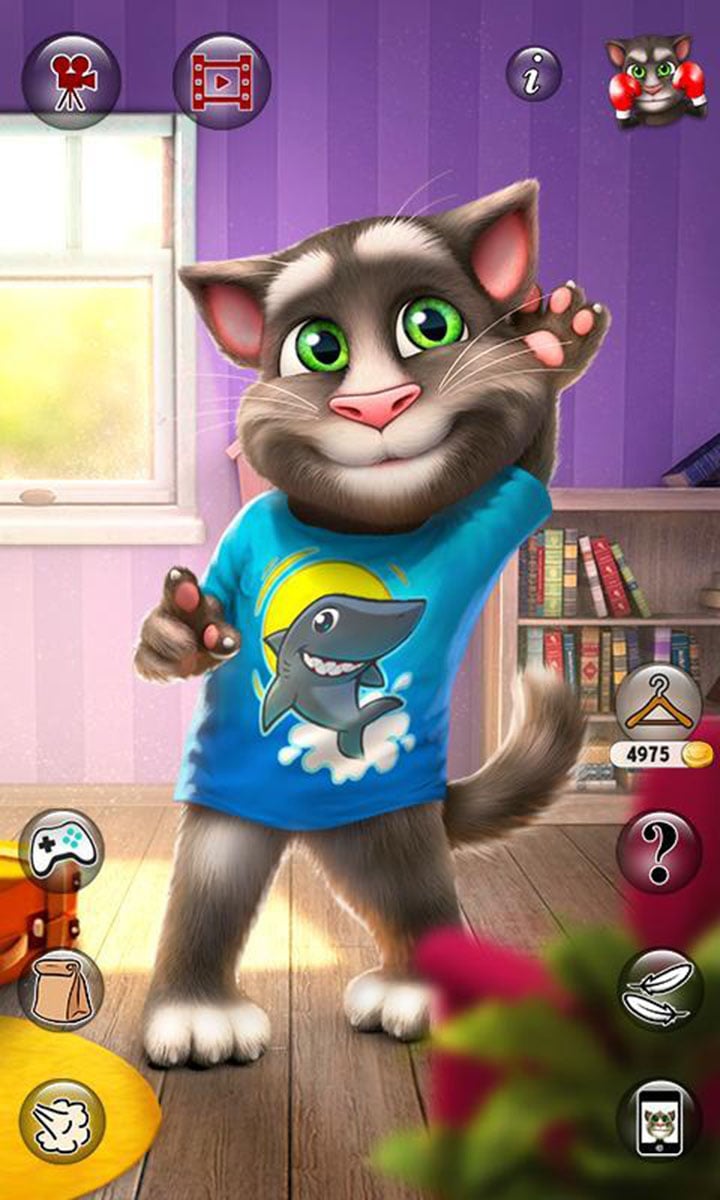 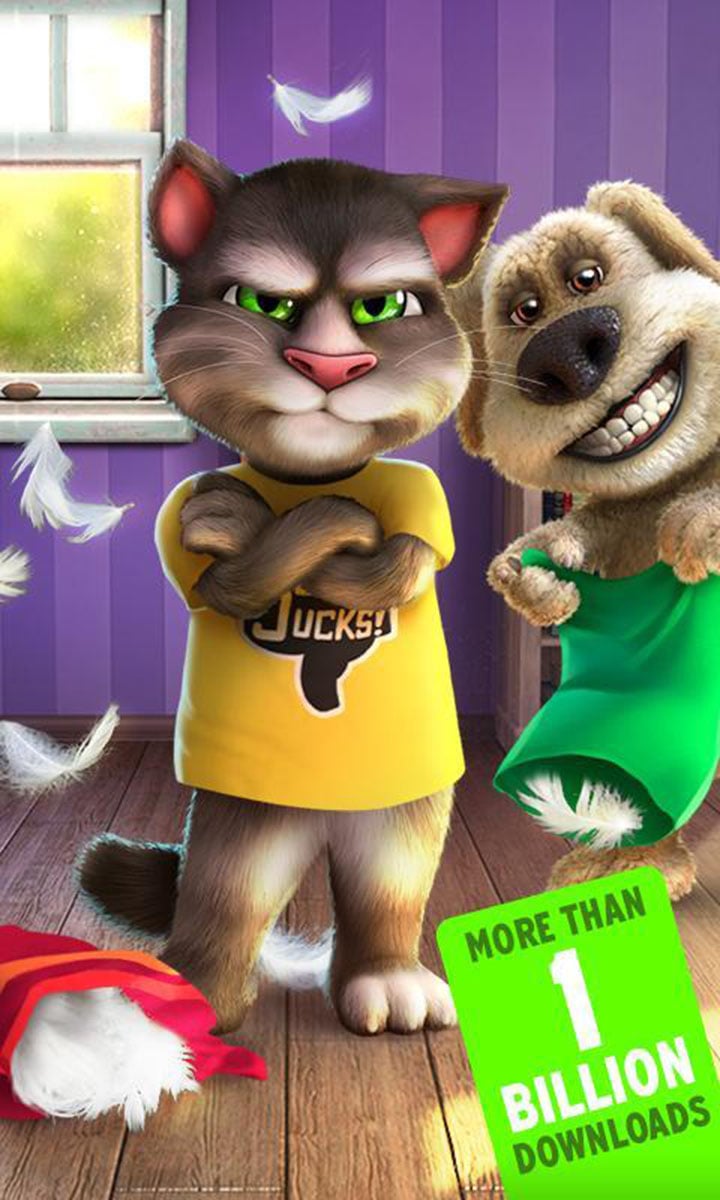 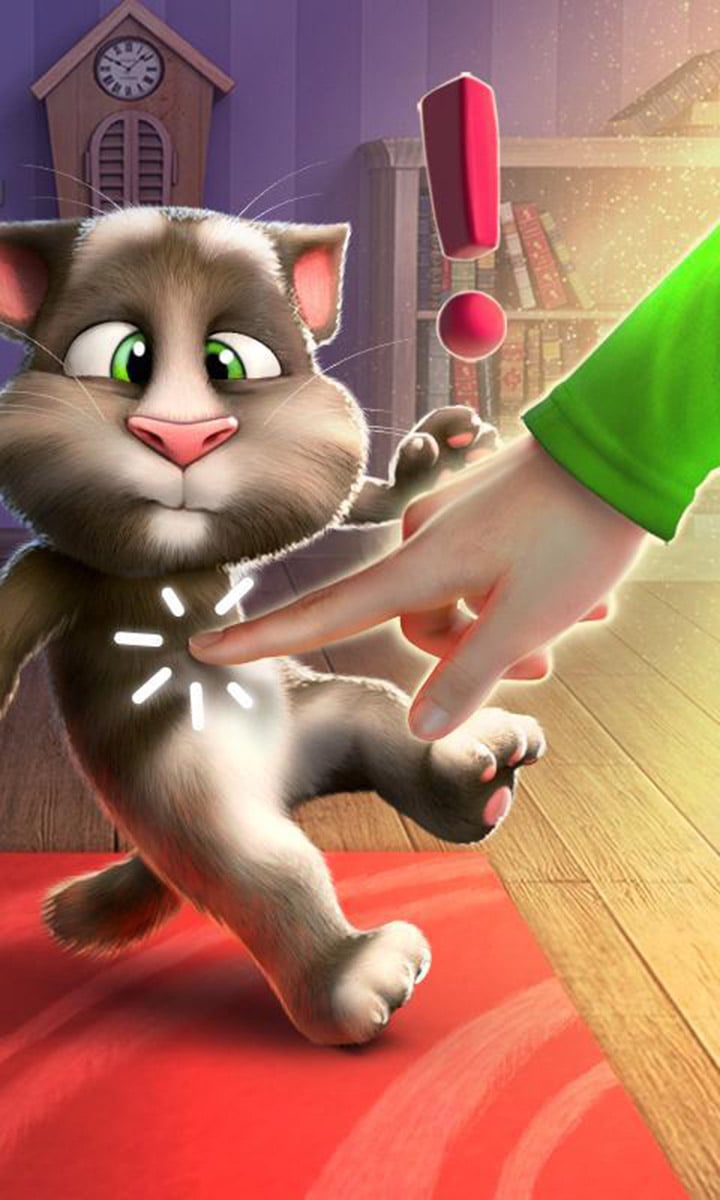 Click the icon of the game console on the left side of the screen to access the mini-game item. Talking Tom Cat 2 has only one game that is Tom climbing columns. The player’s task is to touch two circles on the screen to jump up the corresponding ladder. If the two stairs are contiguous, click on the circle on the left, if the two columns are far apart, click the circle on the right. You have 30 seconds to do around. On the way, do not forget to collect gold and watch for extra hours. Gold collected and it will count the distance you jump towards the last score that will be converted to gold to buy items.

Next, click the paper bag icon to meet the dog, Ben. Ben will tease Tom, making Tom jump up high and swing on the chandelier. Ben is a super-naughty dog ​​and means many games that make Tom confused, even scared. This time, Ben will be more playful when dropping the bomb and making a sound that is not polite. The cat Tom could only cover his nose and shake his head.

On the right side of the screen, at the top, is a shopping store icon. Here, you can buy more packages of gold coins, buy things for cat Tom. However, the items are quite expensive, you just gradually accumulate money and buy it later is not too late. Hidden behind the question mark is surprised that Talking Tom Cat 2 for you. Tom will appear very different, sometimes with cakes. When it is a set of cutleries. But do not forget there is still Ben lurking beside him. If Tom holds the cake, we have likely put the cake in his face to make the player laugh.

Two icons in the lower right corner of the screen are feathers and iPhone. Touch the feather icon, the dog Ben will immediately appear, smash the pillow straight in the face of Tom, making the feathers of chicken feathers hover in the air. When pressing the iPhone, Tom will pull an iPhone with his photo on it in front of the screen. Talking Tom Cat 2 is also the most confusing feature in the game.

Talking Tom Cat 2 is an attractive entertainment game. You will still play and poke fun with your cat Tom by touching the cat to see the interesting expression. Talking Tom Cat 2 comes with beautiful graphic design and vivid sound that helps you relieve stress after hours of tired working. Especially, with this version, there will be a second character, Ben dog, who will torture Tom with you.