Recently there has been a new player into the game of live movie and video streaming services in India, and it is gaining ground: VidMate. With over 10,000+ unique downloads under its belt, it is clear that the service is giving the 7th largest population area in the world features that could not be found anywhere else. And for good reasons, also, as we would soon find out, that the service has also garnered very positive reviews in the short time that it had been active. We’ll see for ourselves just the magic that the app developer had put into this small package that had made it so great in the eyes of many. 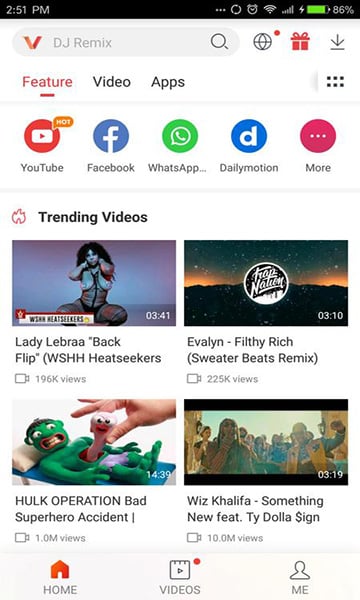 VidMate HD Video Downloader – first of all, is not a singular video streaming service alone. Besides giving its members virtually unlimited and unfettered access to the latest of movies, ranging from Bollywood to Hollywood and across all genres. It also offers high quality music streaming and download, boasting over 500,000 songs in a multitude of languages: Hindi, Tamil, Telugu, Marathi, Bengali, Punjabi, Kannada, and many other. It is no wonder how everyone so quickly falls in love with this app: The spectrum of ability as well as the depth of its coverage is extremely deep. You can use VidMate as your entertainment centre for years to come without relying on anything else. 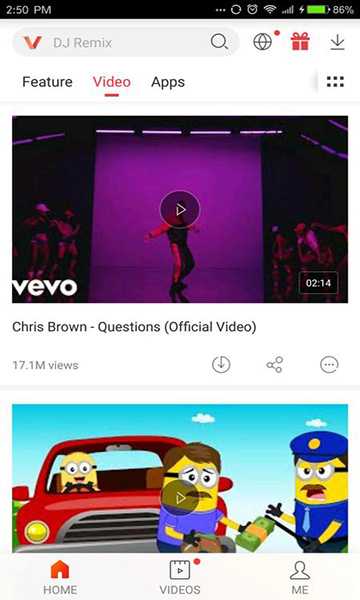 And for its purpose, its design is impeccable. The app features a clean material design, with custom built icons and directories. You will not have troubles at all warming up to the app the first time you fired it up. Furthermore, the design will surely not itch your eyes like many other apps with good concepts and executions, yet bad user interface design.

Resources found on the Internet aside, VidMate also has access to as much as 200 live TVs channel, featuring many different themes such as Movie, Music, Fashion, News, Entertainment, Sport, e.t.c. and a variety of other. You definitely would not be run out of things to see with this app. 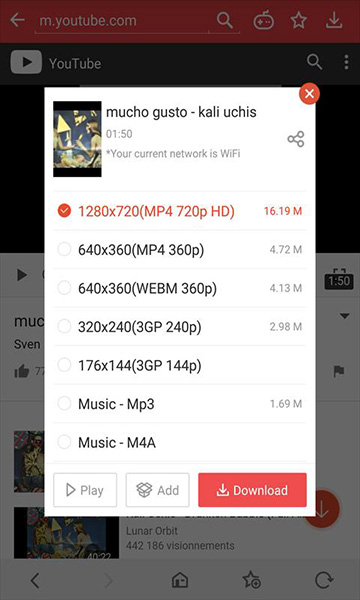 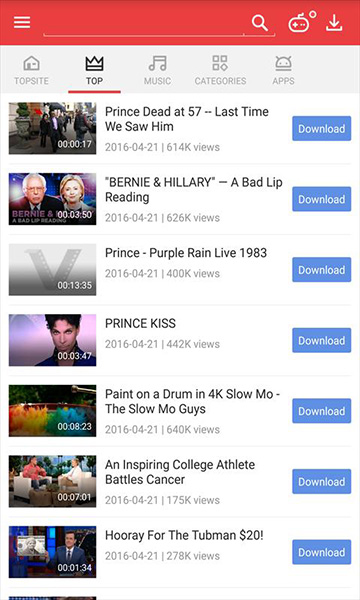 But its hottest feature is not its ability to quickly stream movies and music at high fidelity. But also the ability to download them quickly and also at high fidelity. Not only you are able to download videos and music from VidMate’s inner repository, you can also download resources from different sites such as YouTube, Dailymotion e.t.c. You would never miss out on anything again, and instead of having to bother with gaining data signals or WiFi at every turns to see your videos, you can now see them offline without charges.

The download technology being integrated into the app is also not your ordinary run off the mill kind. Instead, it is a full fledged download manager completes with the ability to download multiple files, pause and resume capability, as well as background download. 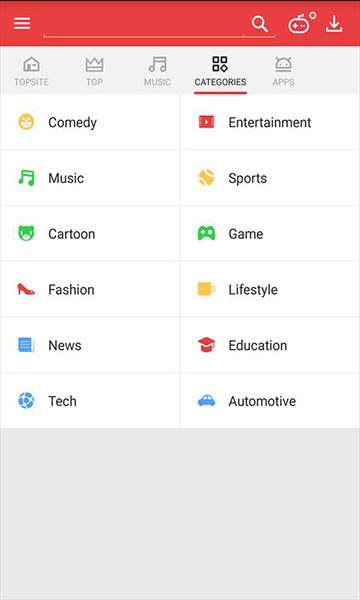 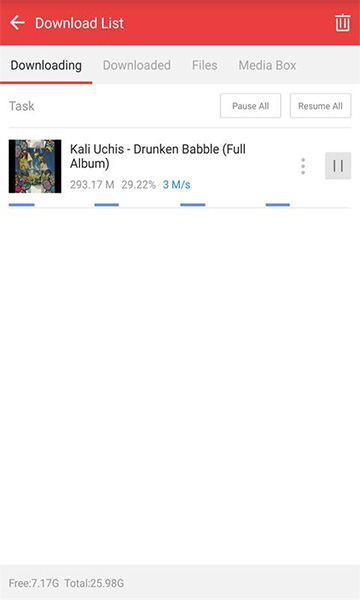 VidMate HD Video Downloader & Live TV is not only an entertainment centre that has virtually all of the features that you need (And should be looking for) in one. But it is also a powerful download engine that can give you resources from every nooks and corners of the Internet beside its repository alone.

You can install VidMate on your Android devices by going to the Google Play Store and Apkdone.com, respectively. Just download VidMate HD Video Downloader & Live TV on Apkdone.com and install it. The game does come with optional in-app purchases and some usual ads, but they wouldn’t have too many effects on your gaming experiences. Plus, you can purchase other items later in the game too.