In various places, people occasionally see the figure of beggars, who cannot work and have to end up begging for mercy from passersby on the streets. But have you ever thought about their mood? It’s better to be a beggar this time and see how beggars can fulfill their dreams on the streets where people come and go.

For example, the capitalists in Adventure Capitalists do not have to do anything or wake up to find that their assets have risen several times. The Beggar in Virtual Beggar hides behind a pile of gold mountains and is still begging pedestrians on the street.

The game still uses a little of pure gameplay, but the point of Virtual Beggar is how to help a beggar enter the circle of successful people. It will plan his future life to be better. Eventually, he will have his wardrobe, pets, house, and company.

He can still buy spaceships. These little games always help us realize our desire to work, save, and purchase, or to achieve the biggest and most unrealistic fantasies with the least effort.

Virtual Beggar is a unique game divided into three stages: begging for money, investing, and squandering. After spending it all, asking again and again. You must help the Virtual Beggar in your mobile phone to get rid of poverty and make a fortune, collect charity from passersby, train workers to complete higher tasks, and unlock random events and secrets.

As long as the protagonist has enough money, you can even hire employees to help themselves. Each employee’s personality and good at being different, and the money he earns is also different. But as the working hour’s increase or train, our staff can also upgrade and make more money for you.

As the game progresses, players’ money will increase. You can even buy pets to increase pity, buy glamorous clothes to dress up, or also purchase motels and other buildings. The game is famous for carrying out more diversified development.

If you think it’s too dull, you can also find characters that can be challenged in mini-games in the library in the game.

Virtual Beggar is a story of a beggar counterattack. The game uses a popular pixel style as the screen. The player has to play as a poor beggar in the game.

Help the Beggar get rid of poverty, make a fortune, and collect passersby. Of charity, train workers to complete higher tasks, unlock random events and secrets.

In the casual game Virtual Beggar, the player has to act as a beggar to beg around until you have to do nothing but still earn money. The player must help make money and buy things to attract the rich’s eyes to earn more money.

There is a conveyor belt at the bottom of the beggar screen. Players can accumulate combos and increase the income of gold coins by clicking on the screen when the gold coins are transported to the yellow square.

Keep clicking on the screen and can also get gold coins. But in this way, there is no combo and no addition. There are also some useful or harmful things on the conveyor belt.

The useful advice that can help to collect gold coins and the harmful ones will hinder the player. Occasionally, there will be some extra surprises on the Beggar’s screen. For example, some cars like to get more after clicking Gold coins, or there are many surprises, such as extra rewards for the thief to catch him.

According to the gaming community, Virtual Beggar will force you to become a legend in the virtual world, so how do you become a king of beggars? In the next section, we show up to teach you the secret of begging. Are you ready? 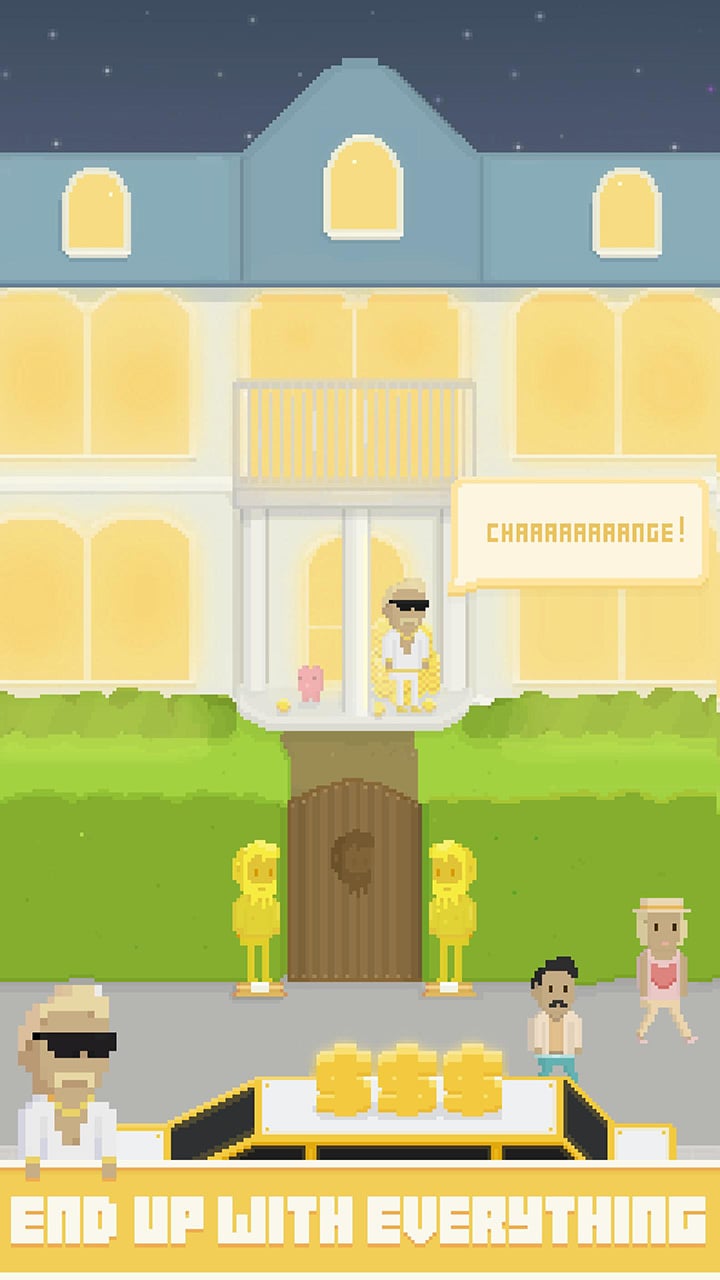 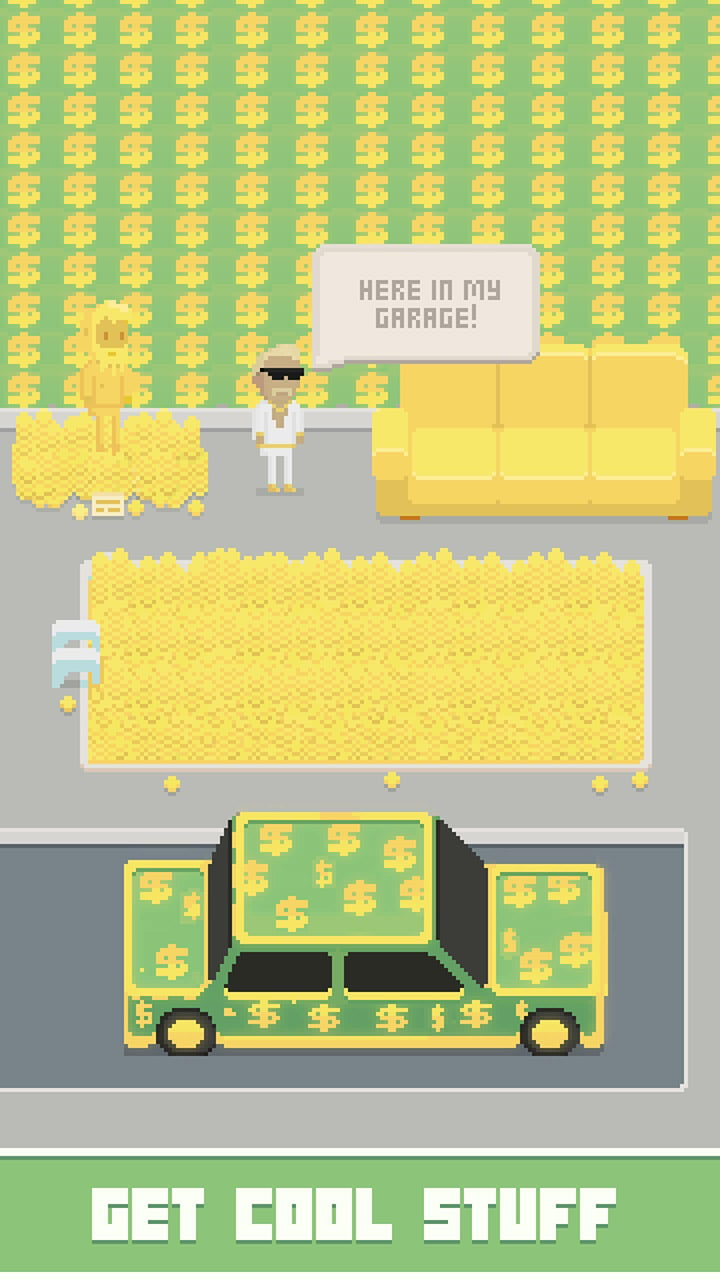 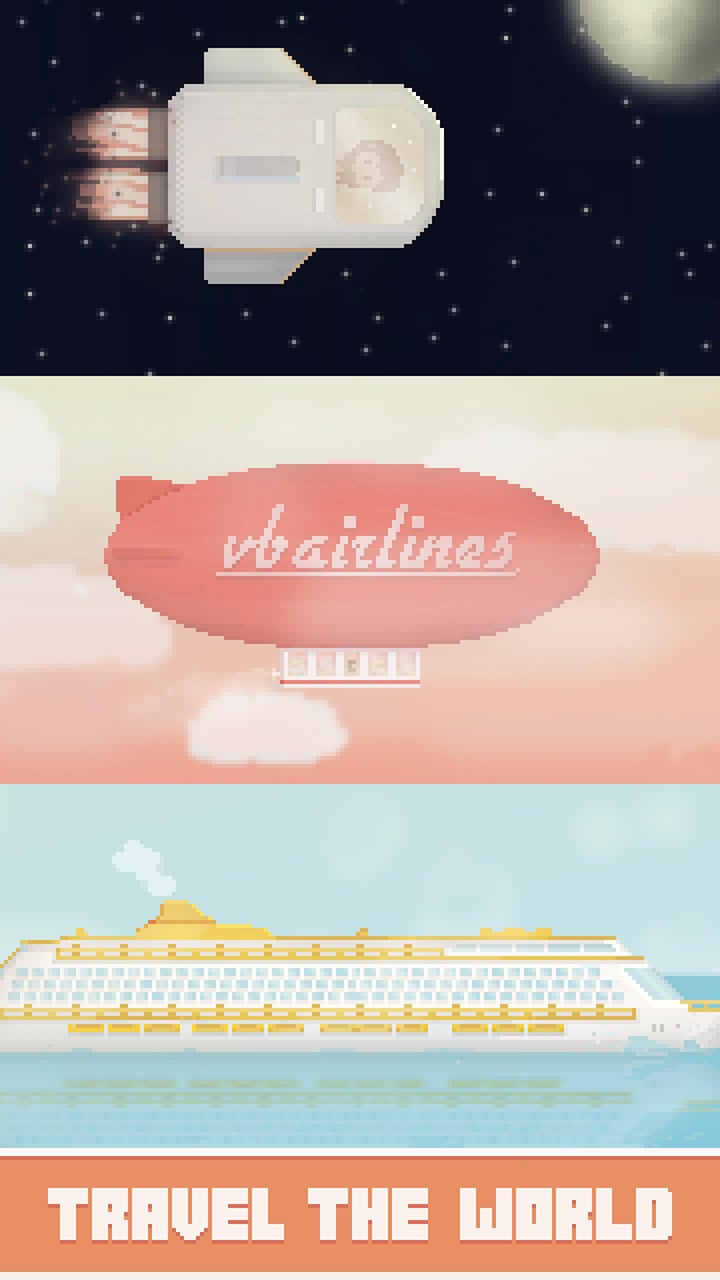 Players can use the function column to upgrade the skills of beggars, buy pets, enter a new area or buy beggars’ clothes, etc. As the level increases, the cost will become higher and higher.

After leaving the game, they will continue to earn money and upgrade more beggars. Beggar’s skills can be used too much; just click on the skill icon to activate the skills. After us, it will enter the cooldown. If you want to use it again, you can only wait for the cooldown to end.

Virtual Beggar’s players need not spend too much time on the game, as long as you remember to enter the game regularly to harvest things, you can get money. There is a limit on the amount of offline accumulation, and it does not make much sense to leave the game for too long (for example, not open for 24 hours).

The events in the game are triggered randomly, but we must open the game for a period. If you do not encounter an event, it means that they have not opened your competition long enough. 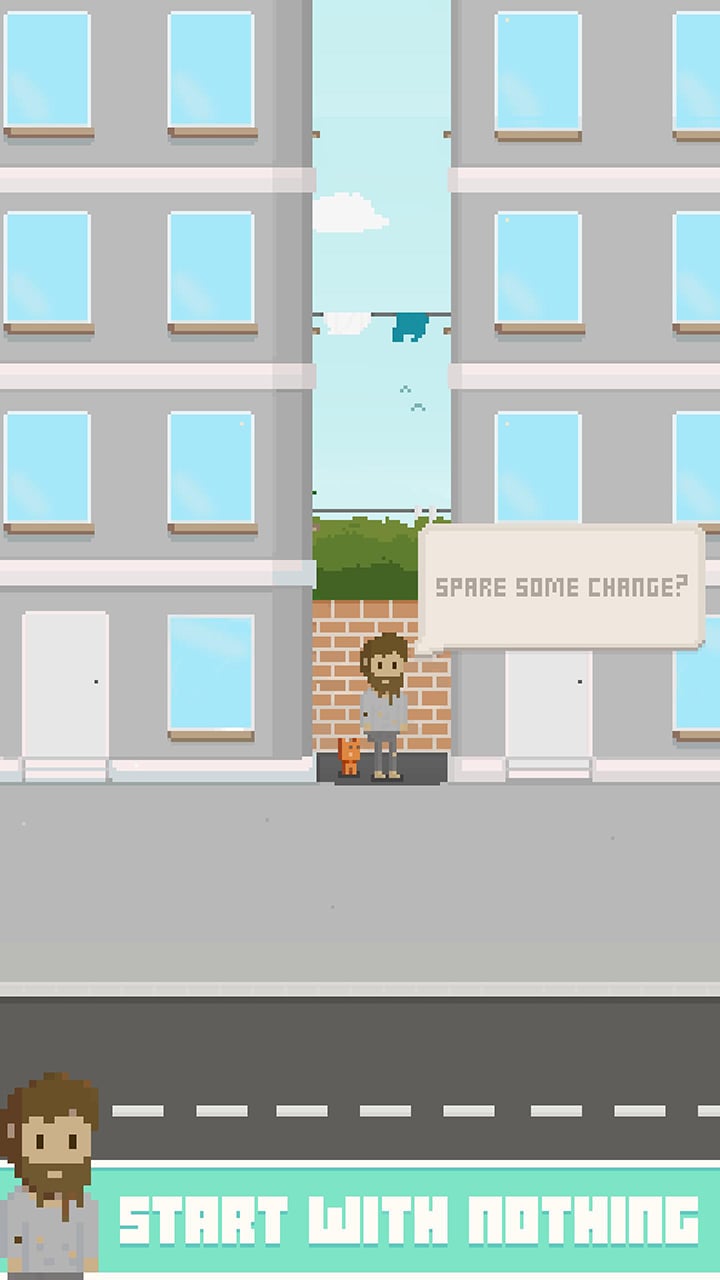 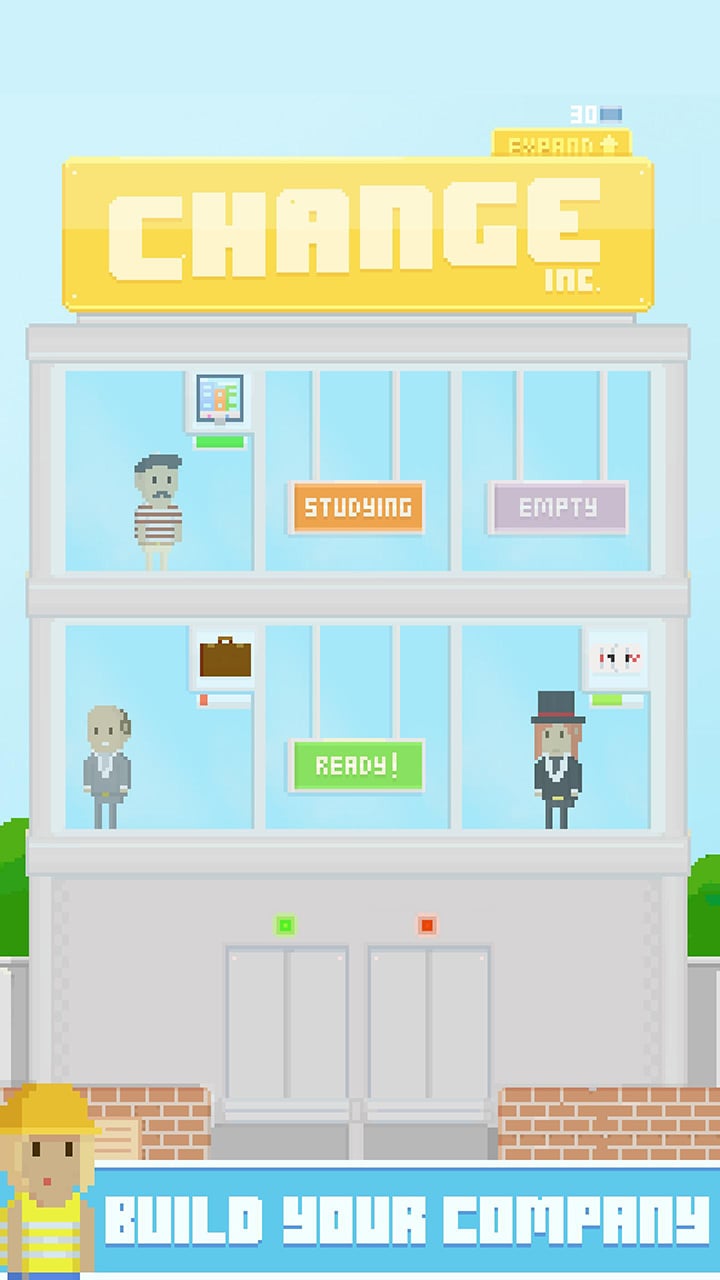 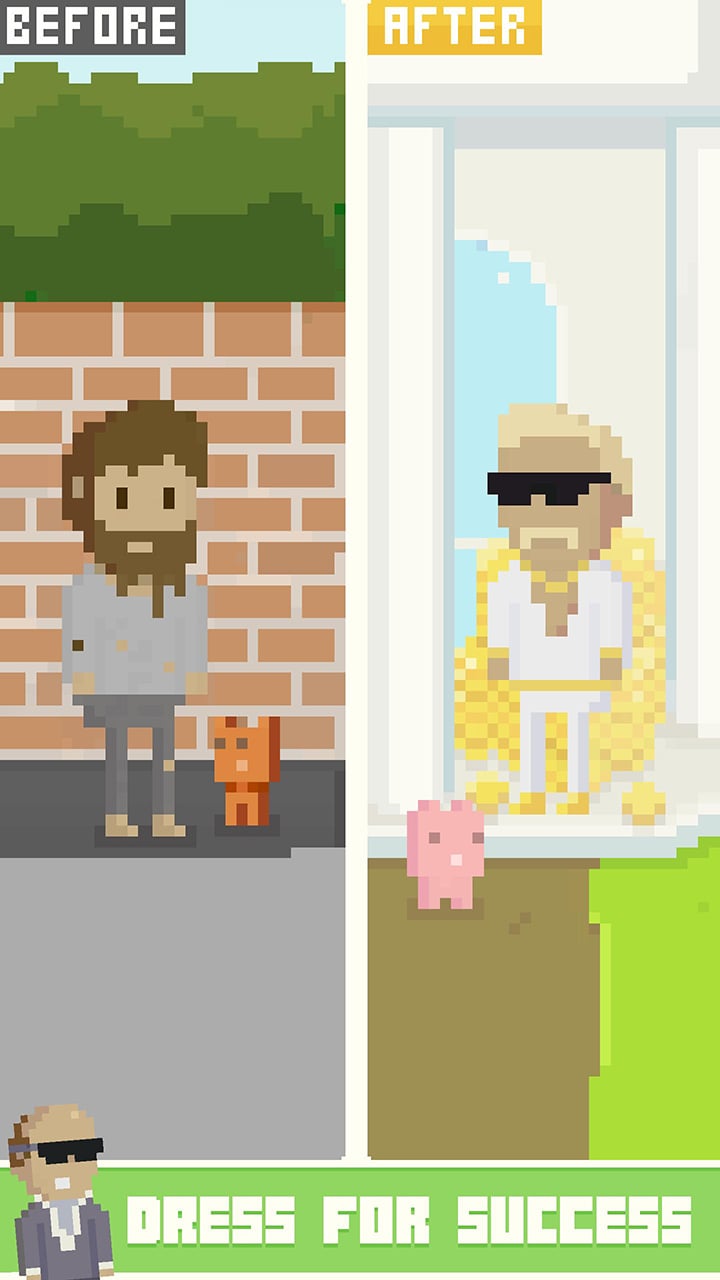 PewDiePie’s Tuber Simulator is a new Mobile Game that is winning prominent positions on the world rankings. PewDiePie is already one of the most famous names in the gaming community, and the content creators on YouTube in particular.

With 48 million subscribers and 13 billion views last September, PewDiePie is one of the most successful channels in YouTube history. PewDiePie, also known by Felix Arvid Ulf Kjellberg, also had a significant impact on young people.

That’s why Time magazine recently named PewDiePie in the Top 100 most influential people in the world. Because of such success and popularity, the products associated with PewDiePie’s name also benefit, especially in virtual entertainment.

A typical example is PewDiePie: Legend of the Brofist – game released on iOS and Android last September with countless successes. But this is not the only example, as there is still another rookie associated with the YouTube star’s name. Named PewDiePie’s Tuber Simulator – the simulation game revolving around Youtuber’s career journey is occupying the prestigious charts in the world.

Even in the US, PewDiePie’s Tuber Simulator also holds the No. 1 position on the App Store’s top free games. Meanwhile, with the revenue rankings, the game, although only keeping 46th in place, is still more impressive than a new rookie.

PewDiePie’s name must have contributed significantly to Tuber Simulator’s ranking, but the quality of the gameplay also plays a vital role in the initial success. Unlike Legend of the Brofist’s action platform style, Tuber Simulator lets gamers step into the journey of finding the fame of a content creator on YouTube.

Players there will start as an anonymous, operating in a humid and small room with a hidden computer. Gradually, through creating new content, players will have in hand money to upgrade shops. It increases the number of fans and reaps more success. With an 8-Bit graphics style and emulated gameplay, PewDiePie’s Tuber Simulator strongly reminisces of Kairosoft’s games – must be an attractive factor for Mobile gamers.

Overall, the Virtual Beggar MOD APK is not too glossy, not too pretentious, and not from a famous game publisher. Virtual Beggar is not the best game in its field, but it has achieved what it deserves.

However, with its unique gameplay and ridiculous storyline, it is a game that should not be missed in the line of relaxing or killing our leisure time.