Zemana Antivirus is one of the apps that has been created and offered by Zemana. Zemana was established in 2007 to provide everyone with innovative cyber-security solutions in order to protect them against some of the most dangerous threats out there: identity theft, financial malware, spyware. You only can install Zemana Antivirus on mobile devices and tablets that run on Android Operating System. Because the game is only available on Google Play. And the app is completely free to download. In particular, Zemana Antivirus has been tested and certified by #1 Antivirus testing house AV-TEST. This shows that Zemana Antivirus is completely safe and very good for your devices.

Besides, the app UI is friendly with users. This helps you to use Zemana Antivirus more easily. Moreover, with simple and modern visuals, the app will help you to experience full security with style. In addition, there are 2 interface modes in Zemana Antivirus. The first mode is Light Mode. This mode will help you see better when you are outdoors in the morning. Dark Mode is the second mode. When you use this mode, your device will produce less blue light. This helps you to protect your eyes. Select the interface mode that is suitable for your need to use your smartphone.

Level up your smartphone

Zemana Antivirus is the antivirus software. So when you use Zemana Antivirus, your device will get an antivirus cleaner. It will look for viruses and remove them from your device. Besides, Zemana Antivirus also can scan your smartphone in order to help it to run 5 times faster. Moreover, Zemana Antivirus can remove adware efficiently. You won’t have to watch unwanted things whenever you access a web browser. The app also can destroy malware – any software intentionally designed to cause damage or gain access to a computer or mobile system.

In addition, some legitimate keyboard applications are modified by hackers which gives them access to track everything you type. Therefore, the app’s famous anti-keylogging protection will detect and block to preserve your private data. Furthermore, there are a lot of malicious websites in the world. You can access them without knowing them. This can cause some unexpected things for your device. For example, the individual information is missing. Or the device is infected with the virus. The worst situation can make your smartphone not be able to work. So Zemana Antivirus also will help you to block malicious websites. This is a new and totally free feature in Zemana Antivirus. 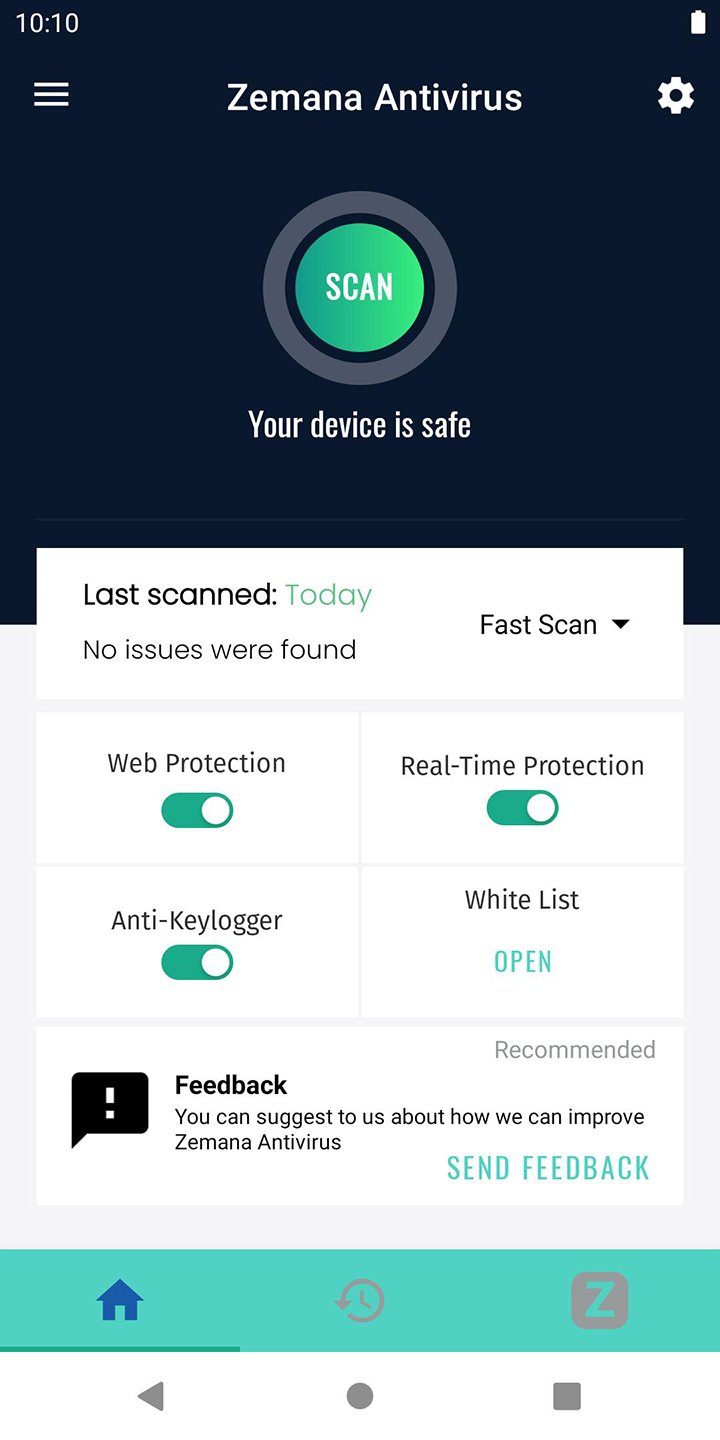 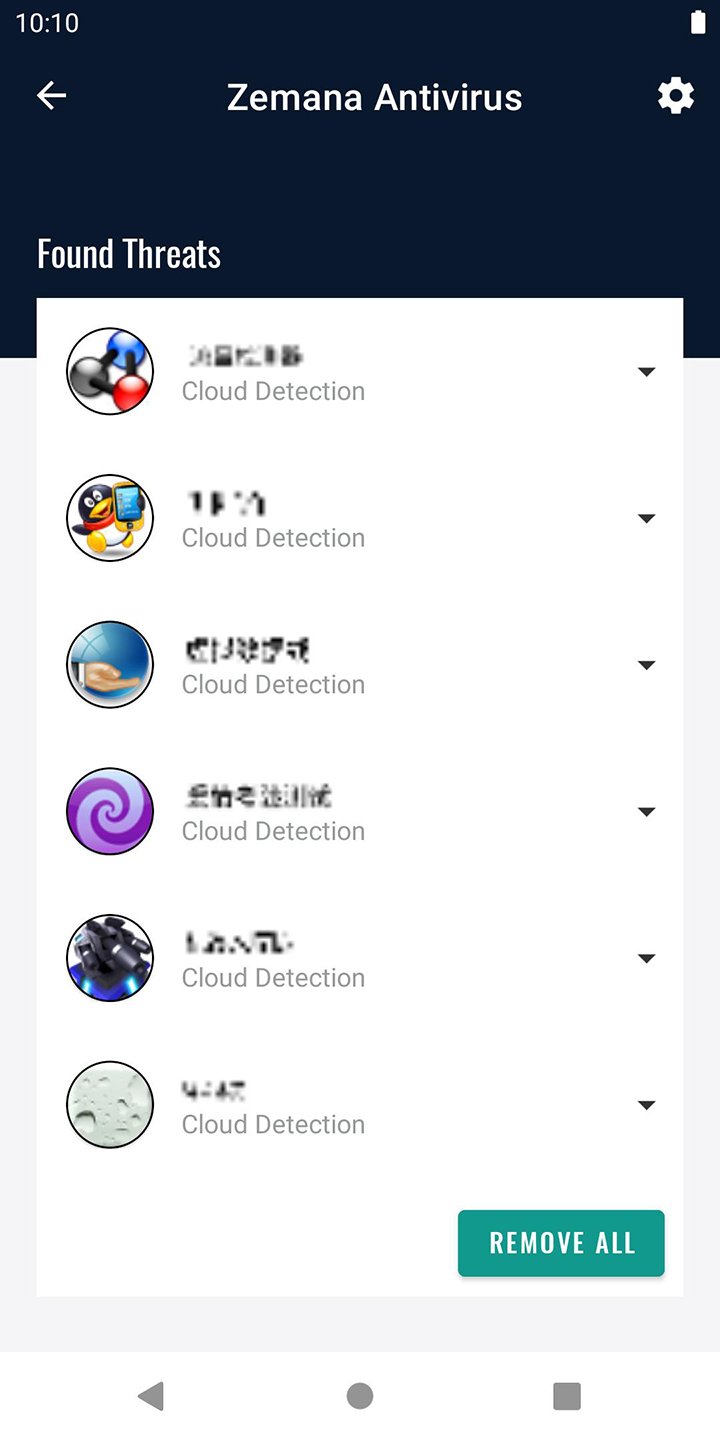 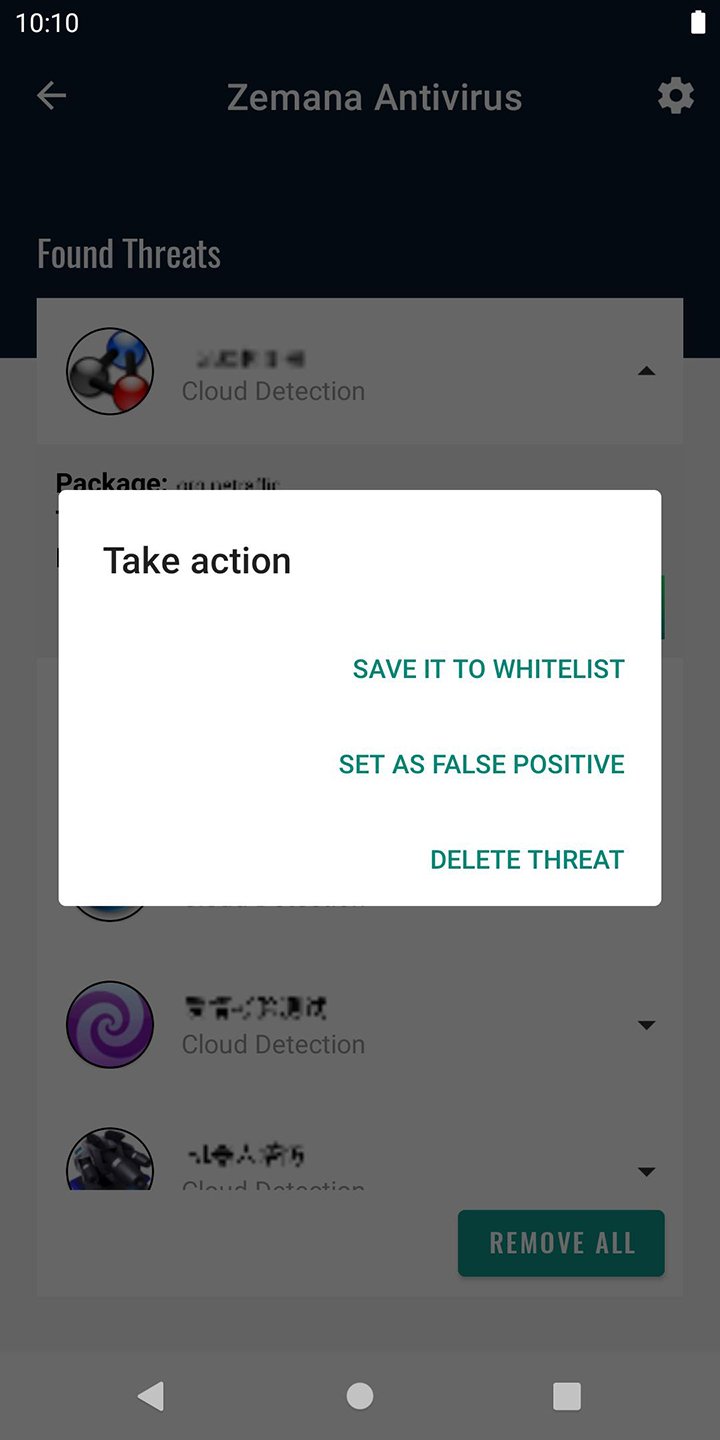 Each app will have its own special features. And Zemana Antivirus is the same. There are 5 security features in the app. The first feature is Real time protection. Zemana Antivirus will automatically scan the newly installed applications. You won’t need to perform the manual scan to stay safe. Therefore, your device will be protected 27/7 from the virus, malware, trojan, spyware, adware, keylogger and any other security threat. Automatic DB updates is the second feature in the app. This feature will help your devices to always sync with the up-to-date threat database in order to protect you from the latest security threats.

The third feature is Anti-Keylogger protection. Zemana Antivirus will detect and block the malicious keyboard apps, password managers and malicious SMS applications that are able to track everything you type. 24/7 technical support is the fourth feature that we will find out about. When you use Zemana Antivirus, there always is an engineer staff that will connect to your Android device to clear the malware manually if a threat emerges that doesn’t go away.

In addition, there are up to 16 different languages in Zemana Antivirus. Those languages are English, Turkish, Spanish, Russian, Italian, Indonesian, Polish, Vietnamese, Bengali, Dutch, German, Portuguese, Bosnian, Croatian, Korean, and Hungarian. They can help a lot of users in the world to use the app more easily. In order to change another language, you just need to open the Settings of the app and select the language which you want to use. This also is the last feature in Zemana Antivirus – Support multiple languages. 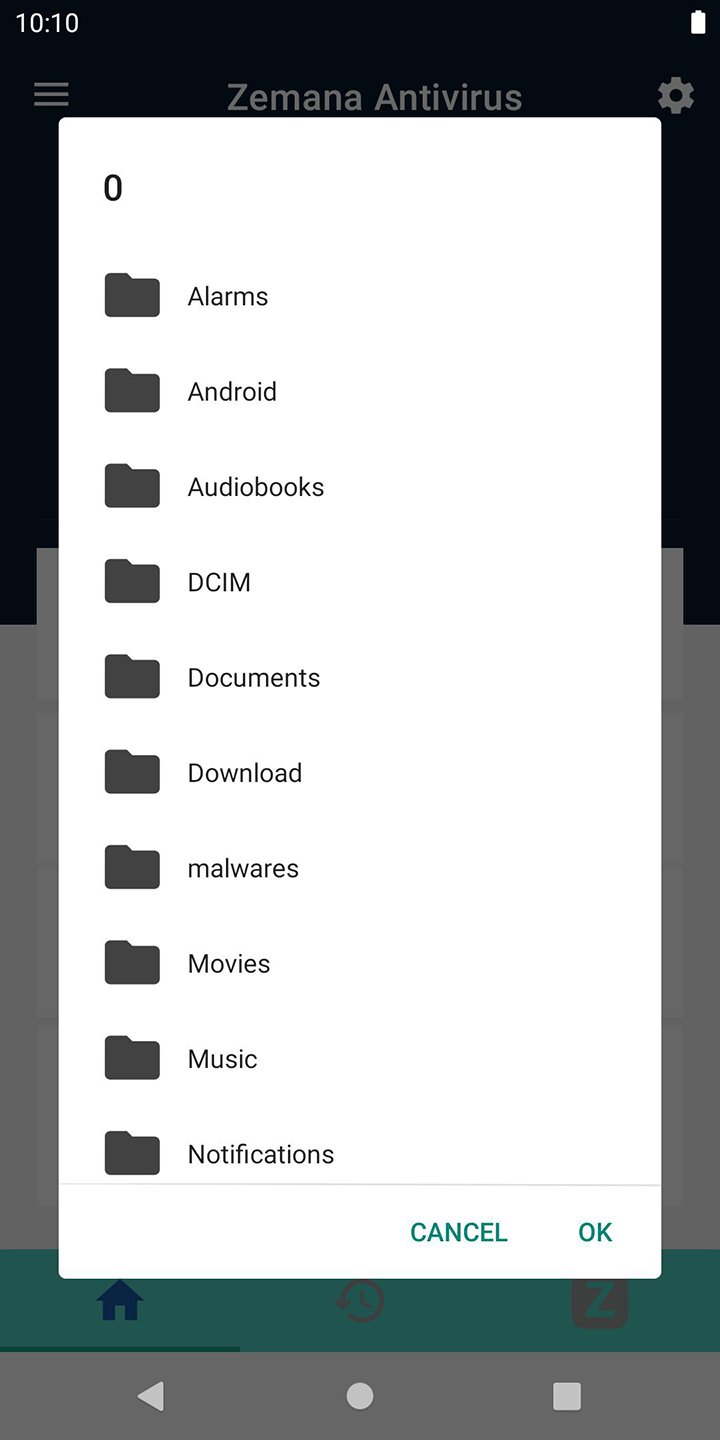 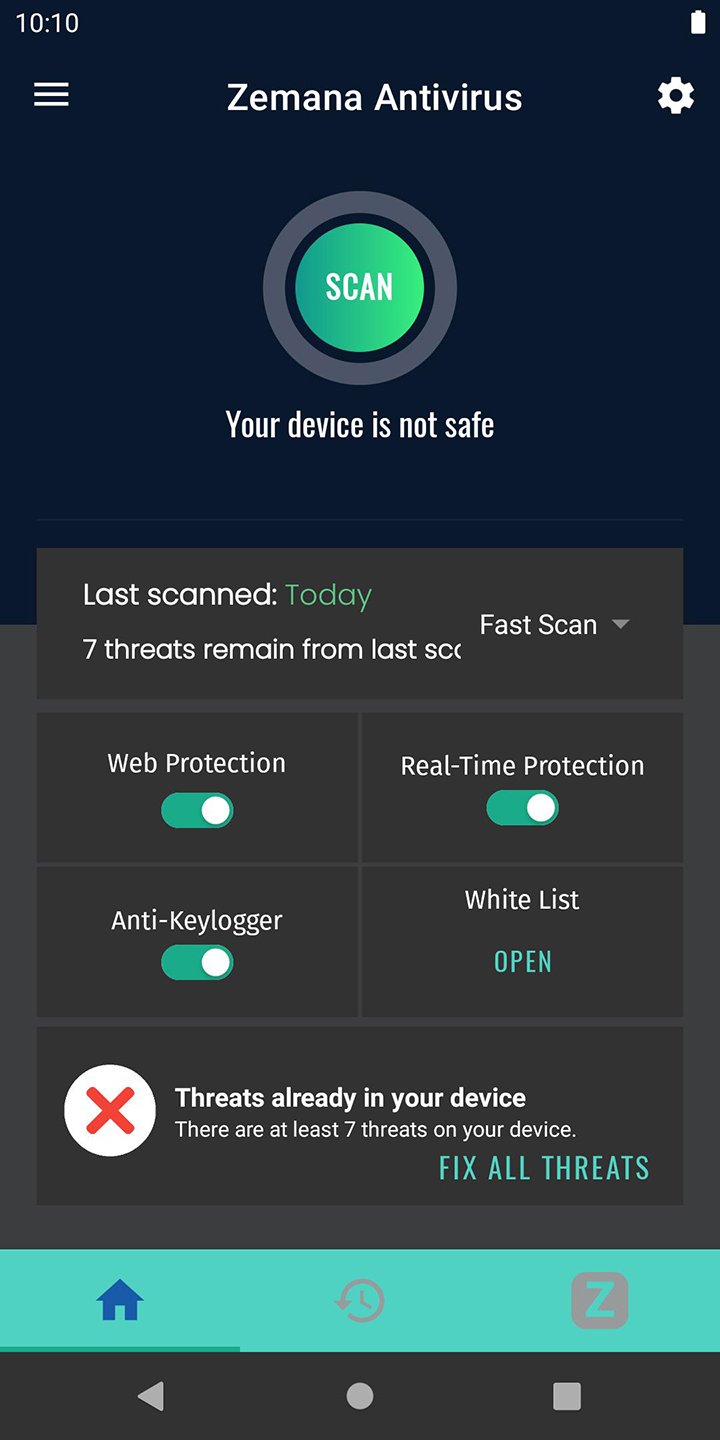 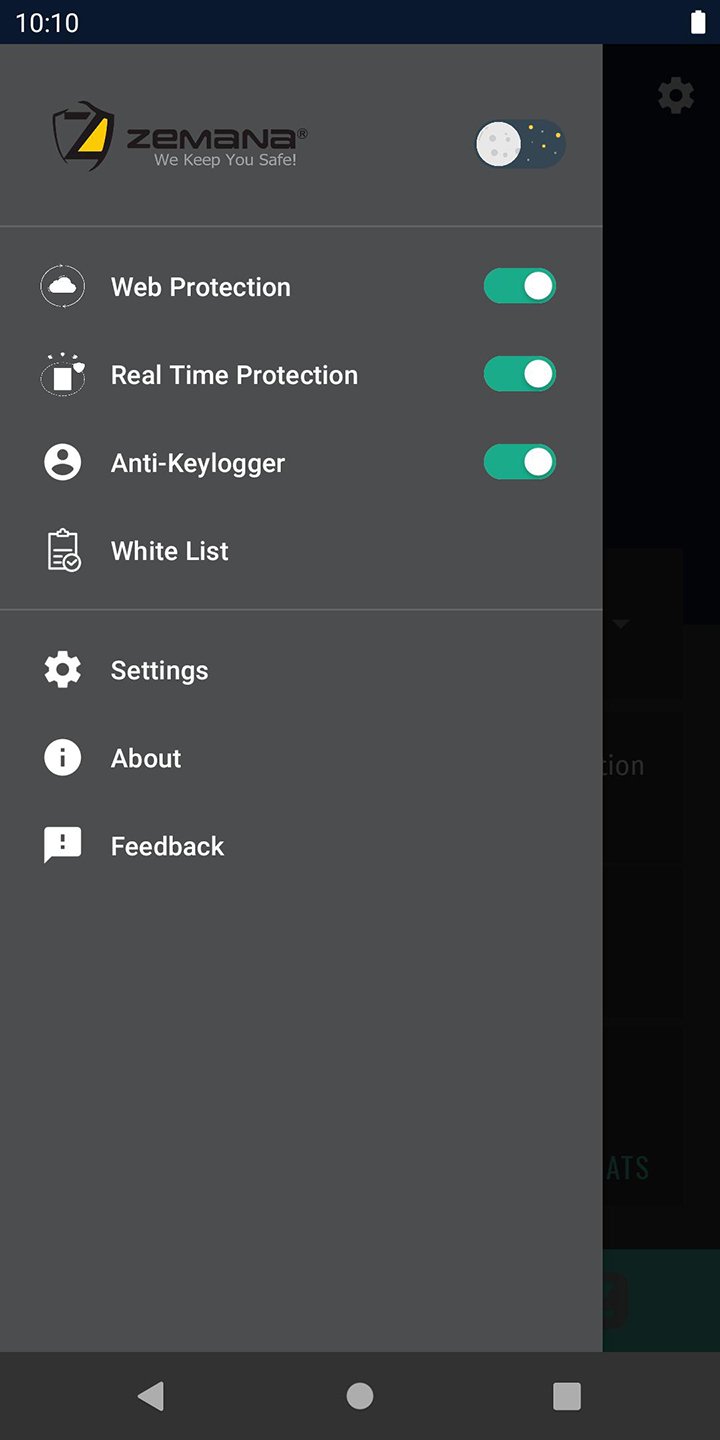 The great app with many users

With many special security features, Zemana Antivirus will protect your Android devices from many dangers. Besides, Zemana Antivirus is the lightweight security app. Therefore, it won’t affect your smartphone’s battery life. In addition, the app also will keep the Android devices clean from the viruses with its brand new Cloud Scanner. But you will have to access the EULA agreement once you launch the app to use the cloud scanning option. If not, you won’t be able to access this feature.