Getting bored by the uninteresting games that are having on your mobile devices? Looking for a quick and casual kind of mobile gaming to enjoy during your free time? Then you’ll surely find this amazing mobile game from VOODOO extremely fun and interesting.

It’s quite surprising how they could turn such a simple and unimpressive concept in such a fun and enjoyable game on your Android devices. Find yourself diving into the awesome gameplay the moment you turn it on.

Explore and experience the enjoyable gameplay on Helix Jump as you take on your ultimate journey into the surreal and interactive world in this game. Take on the simple yet extremely enjoyable gameplay that you can pick up whenever you have the time.

Find out more about this amazing mobile title from VOODOO with our reviews.

In the game, Android gamers will find themselves exploring and enjoying the casual gaming experiences to the fullest. Play as a squishy and bouncy ball, jumping up and down on the screen to effectively get past the obstacles in your way.

Make your way down under the long cylinder with obstacles moving along its course. You’ll take control of the intuitive touch controls can feel free to swing the cylinder around, changing the positions of the obstacles and create areas where your ball can bounce through.

Take on a series of interesting levels in the game as you experience this simple yet extremely addictive game. Compete with friends and online gamers for the ultimate high scores as you experience Helix Jump to the fullest extent.

To start with, Android gamers will find themselves getting familiar with the game relatively quickly. That being said, you can easily make uses of the touch controls and effectively move the cylinders and all the obstacles on it in various directions. And your goal would be to allow your bouncy ball to jump down to the lower level of the cylinder as you go. Avoid the red areas as the game would end if you touch them. Carefully direct the cylinder so you can move on to your next levels. Using the intuitive one-finger control, you’ll find the game extremely interesting and interactive.

A series of interesting levels with escalating difficulties

And for those of you who’re interested, the game also features a variety of interesting levels with enjoyable and exciting gameplay for you to enjoy whenever you’re in Helix Jump. With escalating difficulties, you’ll find the early levels being extremely intuitive and enjoyable. And as you progress further, the levels will keep on getting more difficult and allow the game to stay challenging. Hence, you wouldn’t feel bored even when you’ve played it for a long time. 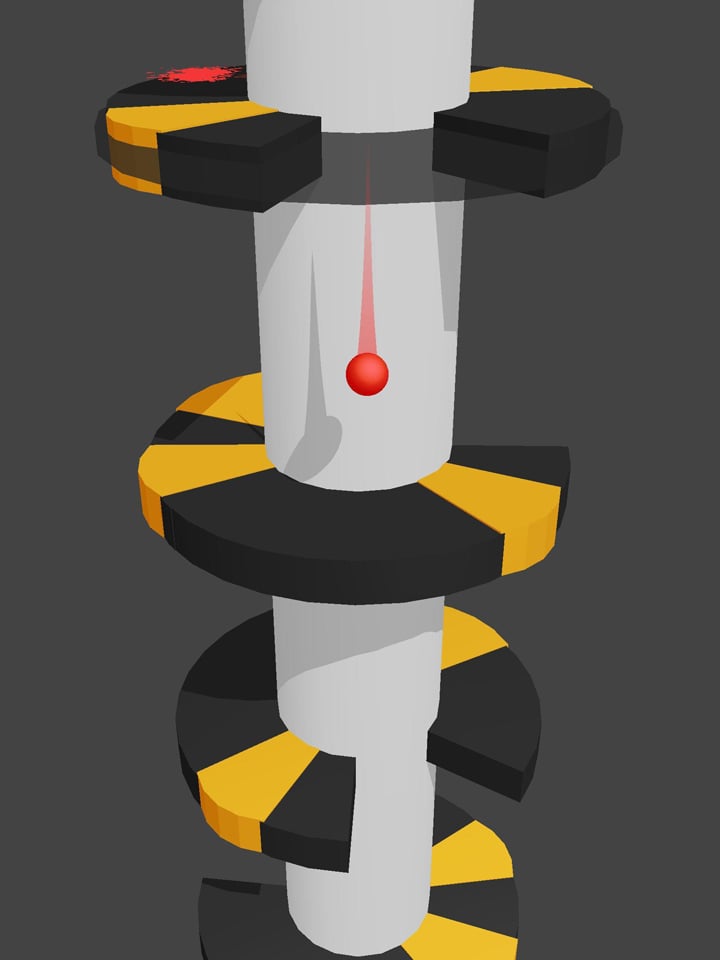 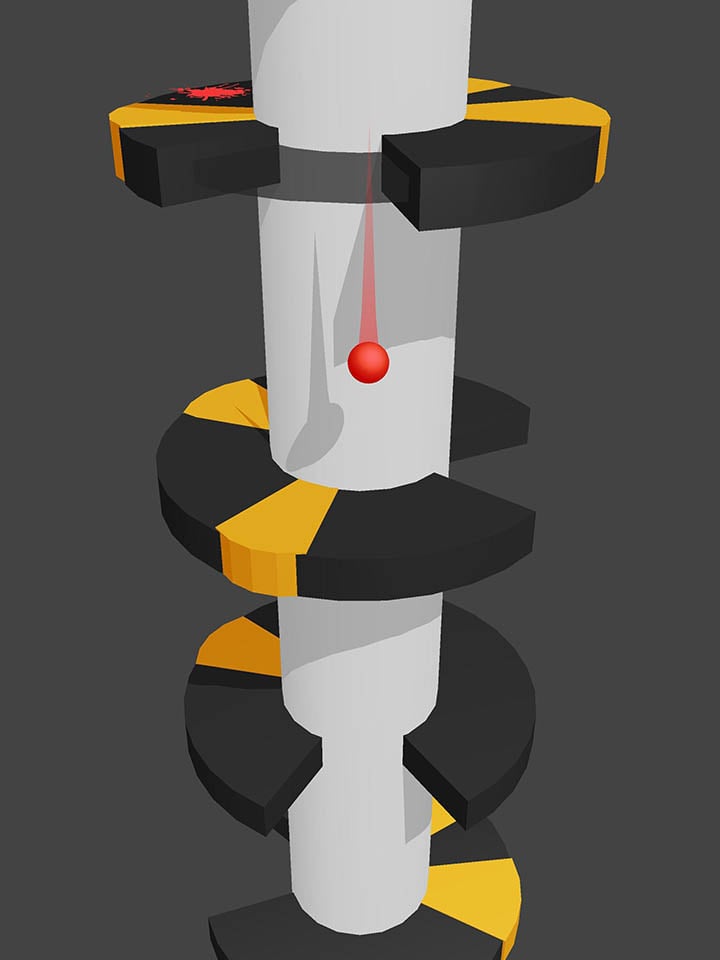 Smash through the levels with powerful forces

And if you’re somewhat frustrated by the amount of obstacles and the red “thingy” that keeps blocking your way, then it would be a great idea to smash through them if you want to. That being said, you can prepare for your brilliant act by leading the ball through more than 3 different levels without touching its platform. And once you’ve gathered enough powers you can freely smash through the floors like it’s only a thin layer of glass.

Multiple in-game customizations on both the levels and the balls

Enjoy the fun and interesting gameplay of Helix Jump whilst experiencing the beautiful in-game levels. With randomly generated levels featuring different obstacles and color setups, you’ll never find the game being repetitive. Plus, as you progress in the game, you’ll also find yourself having access to multiple in-game customizations that you can try on the balls, which would allow you to change its entire looks as well as the visual effects when it bounces. 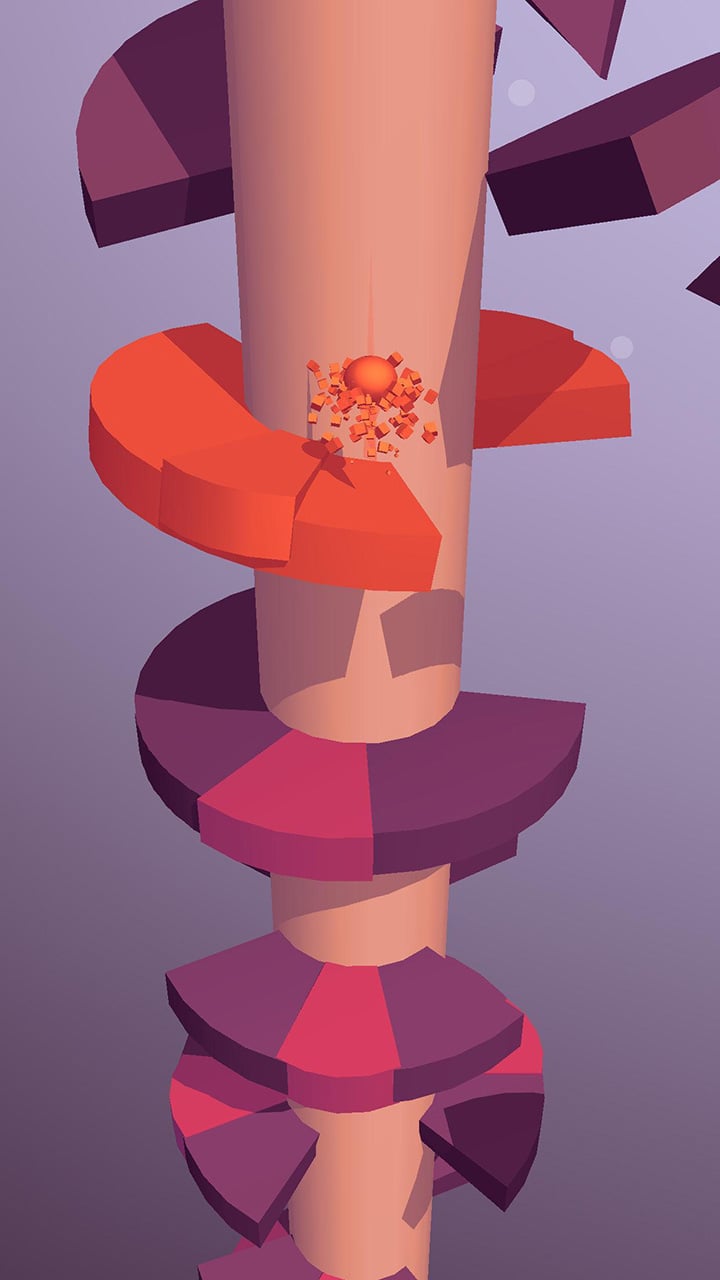 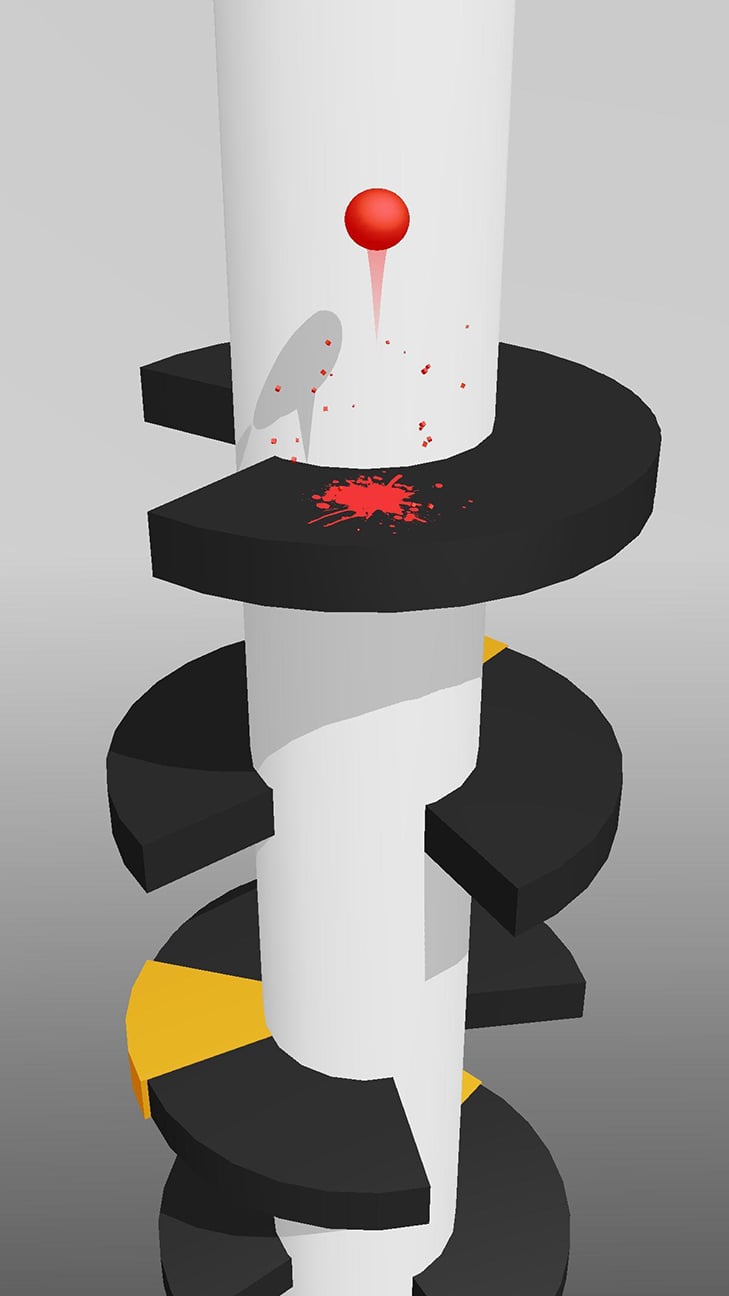 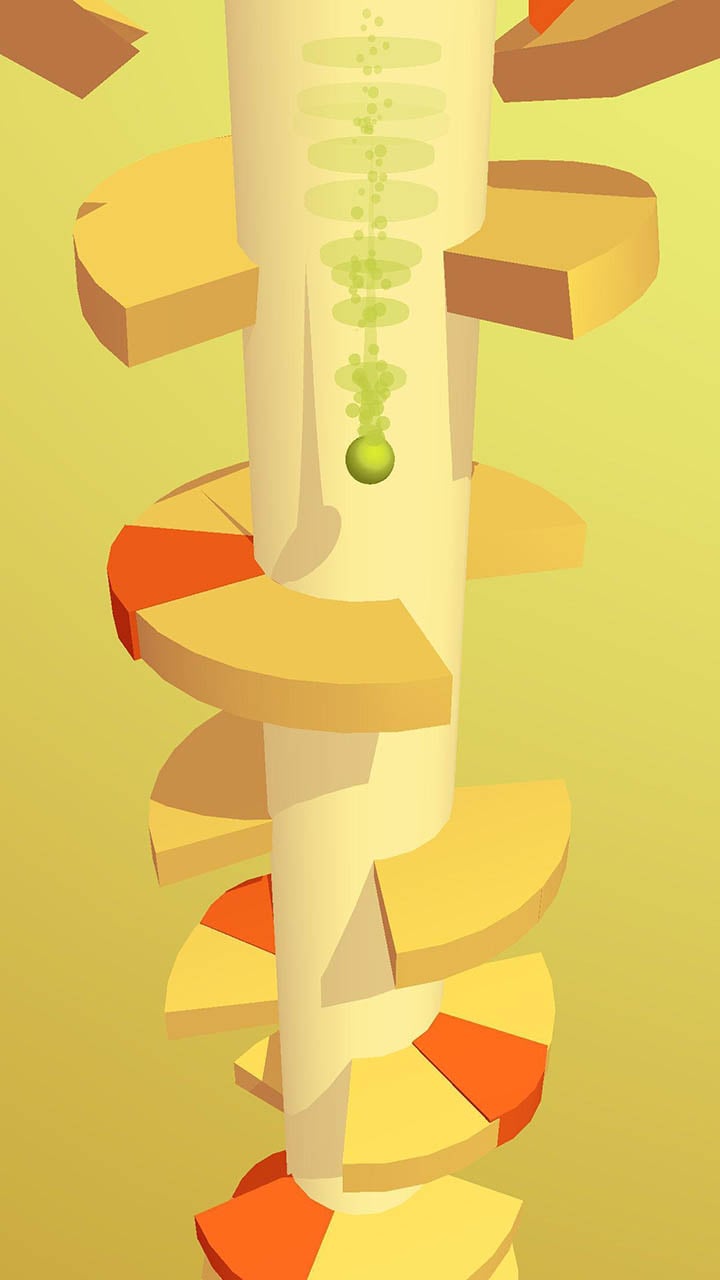 And to make the game even more enjoyable, gamers in Helix Jump will also find themselves exploring the incredible and interesting gameplay with or without your Internet connection. That being said, it would be perfect to play the game while you’re outside and don’t wish to waste any of your mobile data.

Despite having all those amazing features, the game is currently free for all Android gamers to enjoy on their mobile devices. That being said, it’s relatively simple for you to just look for the game on the Google Play Store and have it downloaded on your devices for absolutely free.

Enjoy the epic god mode with our mod

And if you’re finding the ads and in-game purchases being a little bit annoying, then you can easily go for our modified version of the game which offers the completely unlocked and free gameplay of Helix Jump. And most importantly, you’ll also have the chance to experience the awesome God Mode that we featured on our mod. With this, you can freely smash through the red “thingy” without losing the game. Plus, it’ll also make the game more enjoyable and rewarding. All it takes is for you to download and install the Helix Jump Mod APK from our website.

Gamers in Helix Jump will find themselves exploring the clean and intuitive visual experiences. Dive into the awesome levels with beautiful geometric setups as well as funny looking and squishy “things” that we called the bouncy ball. Enjoy the clean and inviting graphics whilst enjoying the awesome gameplay with fluid animations and awesome visuals. And most importantly, with the undemanding graphics, you’ll also find the game being extremely playable even on your low-end Android devices.

For those of you who’re interested, the game also features the neat and restraining sound experiences so that you can find yourself fully immersed in the addictive gameplay. Plus, it’s also nice if you wish to listen to music whilst playing the game as you won’t be bothered by the in-game audio.

Fans of the famous Smash Hit, Color Bump 3D, and a few other interesting titles on our website will now have another great mobile game to enjoy on their devices. That being said, it’s relatively simple and enjoyable for those of you who’re looking for a quick and casual gameplay on their mobile devices. In addition, with the completely free and unlocked version of the game on our website, we don’t think that you need to look elsewhere.