For those who’ve grown sick and tired of their old launcher, the Nova Launcher Prime can be a good alternative. Especially with the prime version of it, Android users can now freely customize the way their phones look with countless themes and icons. Find out all about it with our comprehensive review.

The app is essential a launcher loader, which allows Android users to change their phone’s appearances. You can change the background, adjust the color, the tones, change the graphics effects, customize the icons, have access to awesome widgets, and so on. Nova launcher allows users to have smooth, responsive, and intuitive experiences on their phones. As a result, you’ll find it extremely comfortable whenever you turn up your phone. The launcher is now supported most Android devices on the market with only a few exceptions. Your phone would likely be compatible with the app as long as you’re not using a device that is too old. And the installation is also fairly simple. All you need to do is install the app on your Android device, open it to activate its features. The installation would take effect right when you restart your launcher settings.

The Nova Launcher comes with extremely useful features that make your smartphone a lot more convenient and user-friendly. Most Android users would find the launcher effective when it comes to reorganizing the messy screen, creating a more intuitive user interface, and delivering a smoother experience. Here are the top features that many of you would find useful:

The thing about smartphone icons is that they tend to look less and less intuitive over time. The reason being that our brain is designed to get familiar with the same style of visual communication. Hence, most of the icons would eventually become boring and repetitive toward us.

With Nova Launcher customizable icons, the player can choose to change their apps icons to whatever they like. This makes looking at your phone’s screen a lot more relaxing. 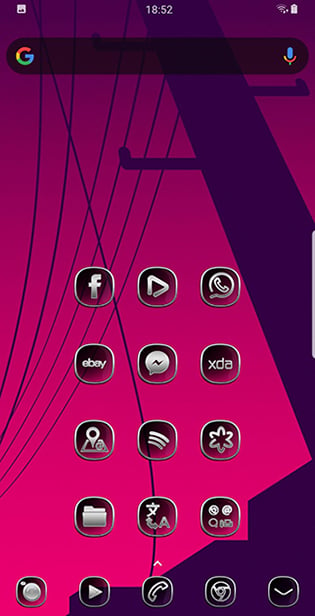 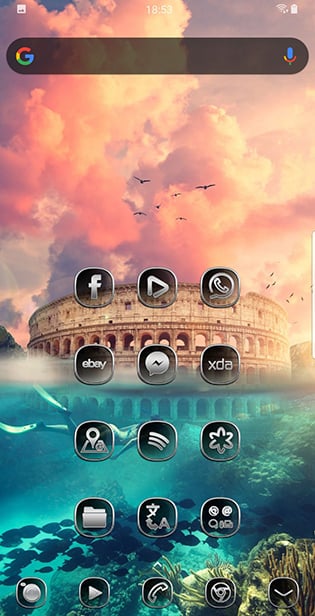 Reallocate the apps in sub-grids

For those who always have a problem finding their wanted app when looking at messy setups from the original launcher, the Sub Grids feature in Nova Launcher allows them to smartly place the apps in their correct folder.

Hence, every time you need to open a certain app, instead of spending time scrolling through the long lists, you can easily find it just by looking at the subfolders.

When it comes to color preferences, the opinions can vary between different users. Some might prefer a light and soft color setup while others would love to have warm colors on their smartphone screen.

Aside from the customizable colors, you can adjust the scrolling and transitions effects of the tabs, applications, and likewise on your phone. This helps your phone stays awesome without making bored with the repetitive animations.

Users can also add useful widgets on their devices using the Nova widget library. It provides use widgets for more effectively managing your activities on the smartphone. On top of that, you can create an intuitive home screen using the provided widgets.

Import layouts from other launchers

Nova Launcher allows users to create scrollable docks on their smartphone screen. Moreover, you can scroll between the docks easily to ensure a continuous workflow. In additions, you can add widgets to the docks and create each dock for certain types of widgets. 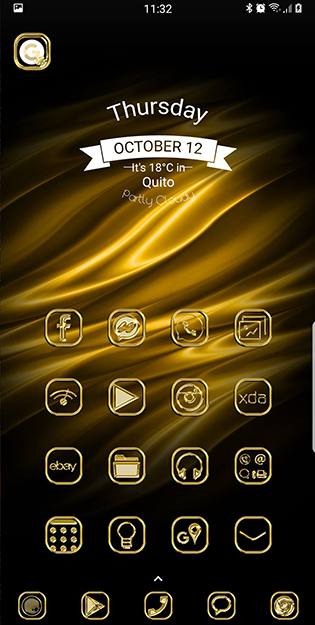 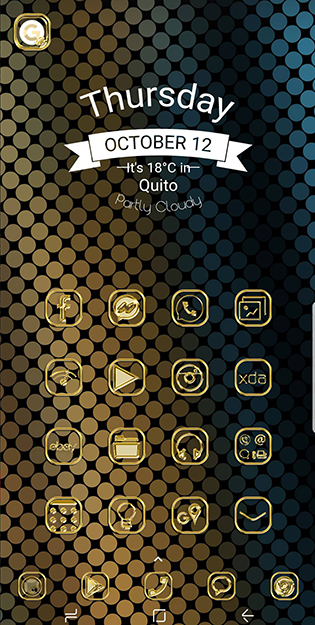 Despite having a customizable interface with lots of adjustable features, the Nova Launcher is surprisingly fast and snappy. You can scroll between different tabs and docks with relatively good speed and smoothness. Even on relatively old devices that are on our tests, the launcher still performs great with little lag.

To gain more access to other awesome features and enjoy a no-ads experience, you can purchase Nova Launcher Prime on Google Play Store. It allows you to make gestures which including swiping, pinching, tapping on the home screen as a shortcut to open your apps and widgets.

On top of on the lock screen, you’ll receive a complete message detailing about the unread messages, emails, Facebook inbox, and so on. This helps you quickly managing your social and communication activities on your smartphone with little effort.

And if you’ve your secret apps that you don’t want to be seen by other people even when they’ve had control of your device. You can take advantage of the hide apps feature which hides the app icon away and enable security options for the apps.

With millions of active users, there are no doubts that there are still bugs and flaws with the launcher. However, due to the quick responses of the developers as well as the frequent updates with bug fixings, Nova Launcher is considered one of the best launcher for Android devices.

Despite its awesome features, the launcher still has some flaws. Here are the things you should consider before installing it.

Having problems with the newest Android versions

For most devices that have android 8 or older, you’ll likely to find the launcher extremely responsive and smooth. However, there have been recorded cases with the new hardware, in which the launcher failed to start or work inconsistently.

Might cause lags and unresponsive experiences on old devices

Old devices with poor hardware might also not suitable for the launcher. As it consists of many customizations and features, the low-end devices might not be able to handle the processes fluently.

Featuring an intuitive user interface, various features, impressive performances, and many more notable advantages, it’s not surprising to see the app rise up as one of the best launchers for Android. With Nova launcher, you’ll never be disappointed.