Do you want to have a new right way to kill time? Not a traditional puzzle but a combination to a matrix. If you want the traditional gridlock with more challenges, here comes the Roll the Ball. What we could say is familiar but unexpected.

You will need a clear head to cope with the puzzles but don’t be worried since the game happens so refreshingly. It is promising to be one of the entertainment you cannot get enough of. Get your finger tired with sliding gridlock and release the ball. Are you ready to Roll the Ball?

Roll the Ball has a simple graphic. The content is considered not complicated so that everyone can explore it.

It won’t take a large space on your phone, but 45M means you should prepare. The game will be saved on the phone. As a result, you can play offline except for loading a new level. The gridlock puzzles require you to work on a touchpad, so only Android 4.4 can handle the moves. The game acquires coordination of planning and manipulation so that you make way for the ball. It sounds relaxing to play, but you can’t tell if you can reach the last tunnel.

Designers have proposed a simple graphic. All you see are only gridlock and balls. Even the colors are not multiple but around brown, red, and steel grey.

Until now, the game has received a lot of attention from app users. Only in Google Play it has attracted more than 100 million downloads, which is impressive. The game won’t be that popular if it contains nothing exciting. Aren’t you curious about what happens with the traditional gridlock puzzle?

Games like Roll the Ball is a no-brainer. It helps players forget stressful reality by handing them exciting missions. These quizzes are instant and straightforward, but attendants need to pay attention and invest some thought to solve. For a long time, puzzles never grow out of people. It’s for everyone regardless of age, gender, or culture. Therefore, gridlock puzzles always show some charm.

Besides, the game is not that simple. It’s a combination of 2 activities: observation and planning. The idea changes a little from the well-known version so that players get more excited. To keep up with the development of users, the game updates its level of difficulty. If you start today, it will take months to complete all the routes. And the game is still under construction for more and more thrilling challenges ahead. You better catch up with it as soon as possible.

How to Play Roll the Ball

To have this game with you, first, you need a touchpad operating on Android 4.4 and above. Once you download it, the game stays and performs offline, you can play it anytime as long as the device’s battery is enough. That game is so simple that anyone can play without instruction. However, to prepare you well and conquer as many levels as you can in a short time, we have something to share. 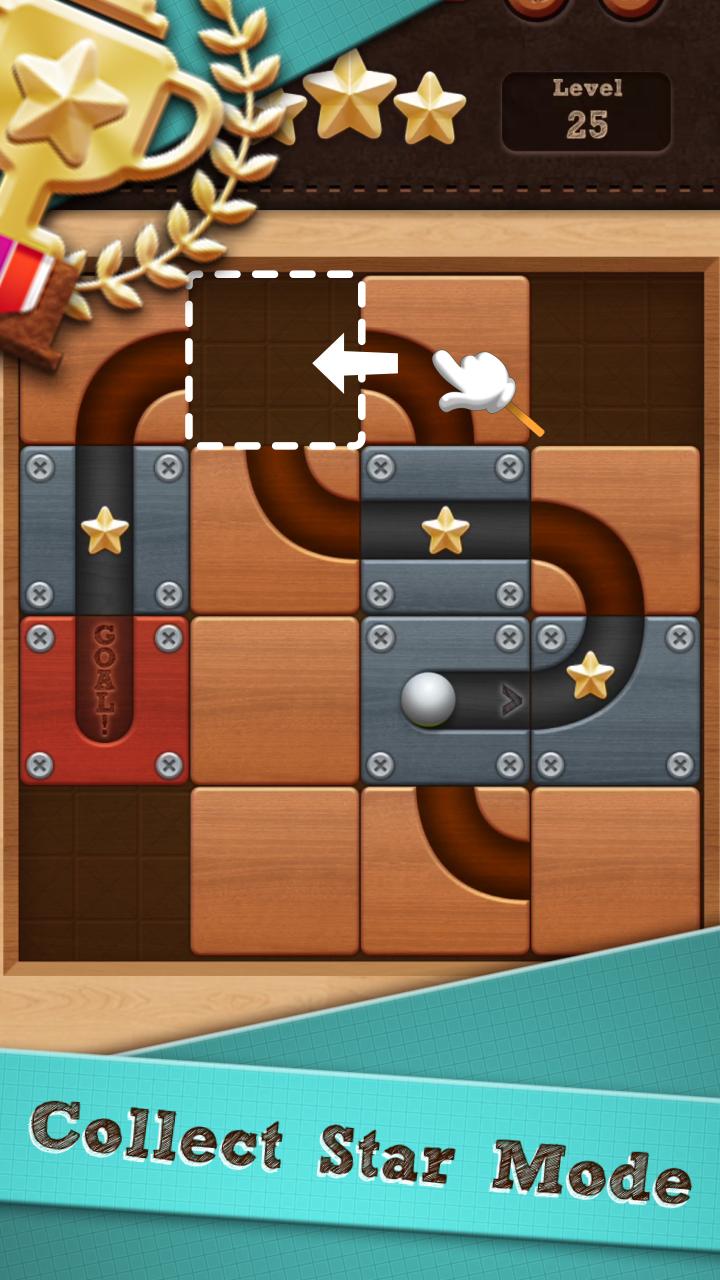 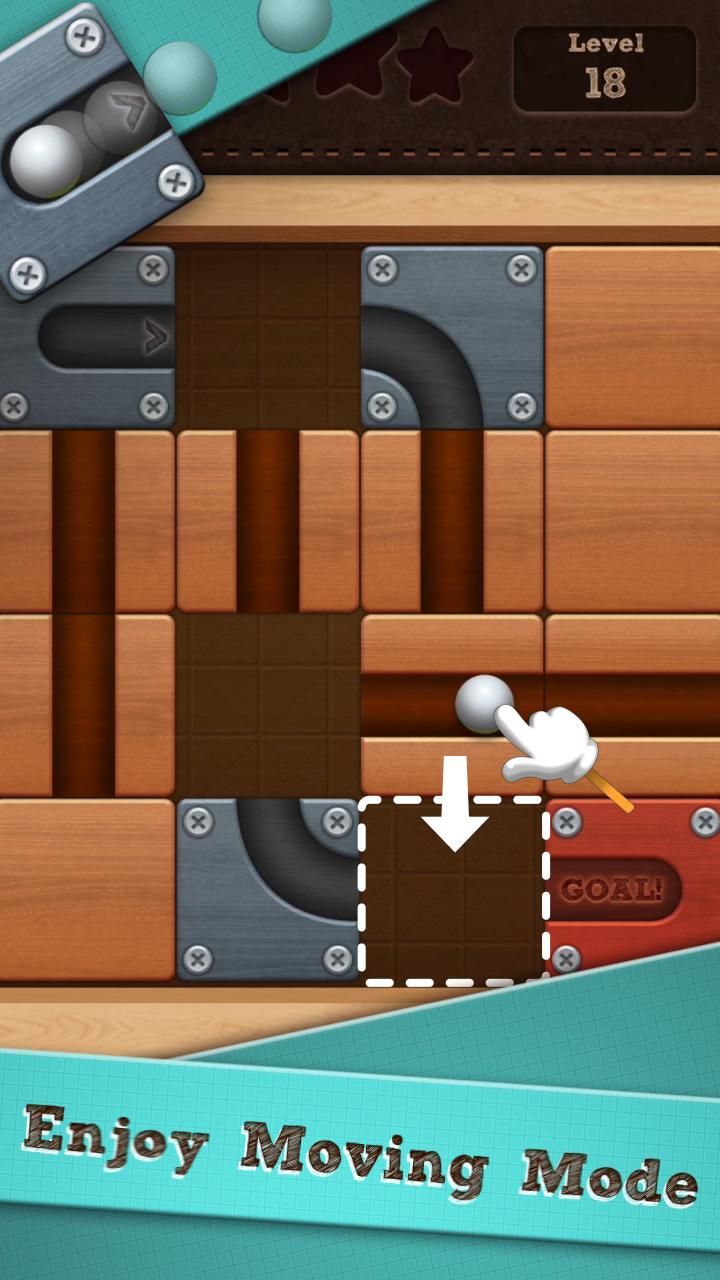 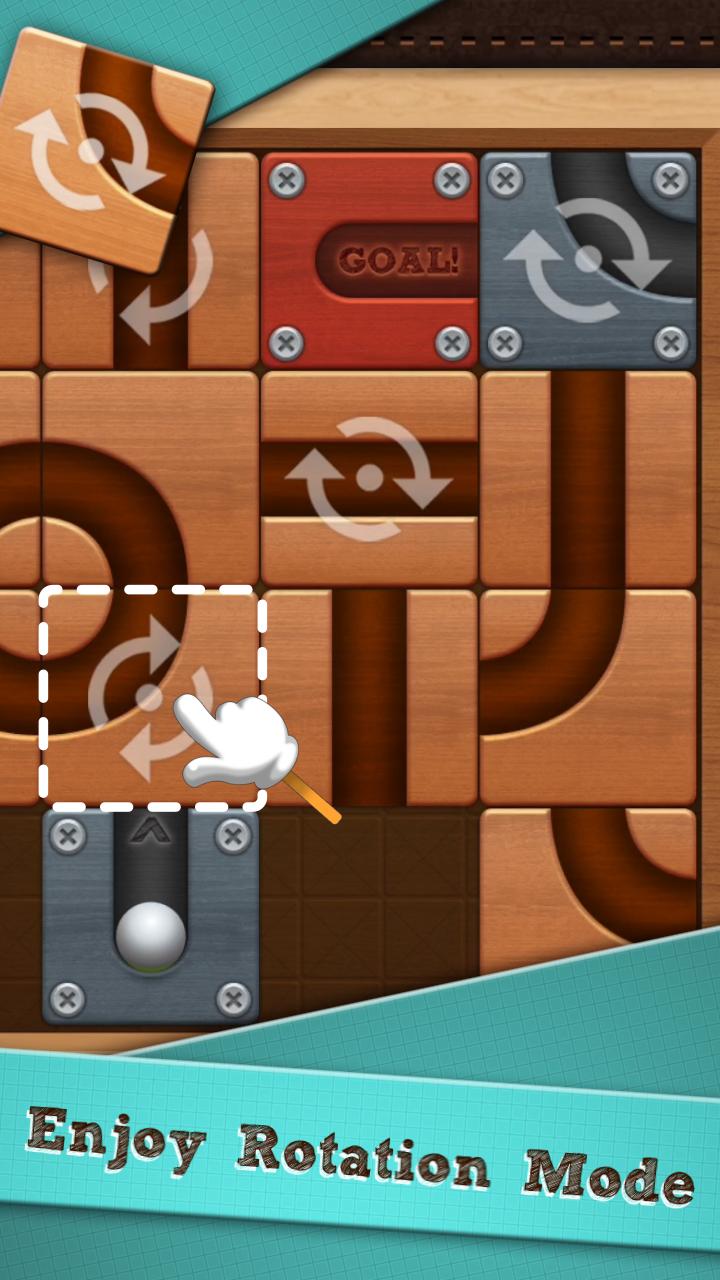 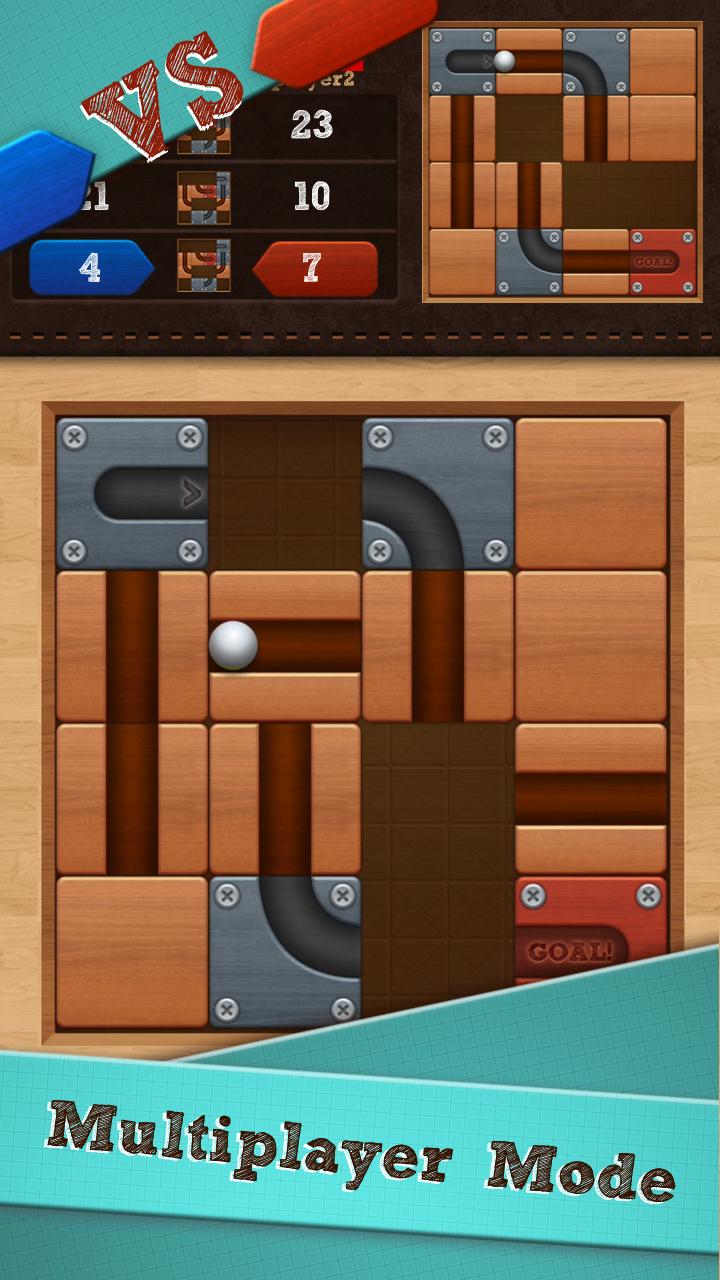 The Goal of the Game

It’s essential to know that the game wasn’t a traditional gridlock puzzle where you move pieces around to complete a picture. The arrangement’s final goal is to build a tunnel so that the ball could go across the screen to the red end. There are things in your ways such as pined tunnels which you can’t move, the dead ends that it won’t let the ball through. As long as you get the ball to the red destination, the game is over. But remember, try your best to build the tunnel from every piece of pipe or not get enough star to up the level.

The game starts with nine gridlocks- the traditional version, which is just a warm-up. The new level comes up regularly, along with an increase in difficulties and a number of blocks. The higher you go, the more challenging it is. For example, the higher the level is, the more dead ends, the more branches to connect, and the more pinned panels.

For some people, gridlock puzzles are just a joke, and you can solve difficult ones. But are you confident to come through 3000 levels in Roll the Ball? Yes, they are waiting for you.

How can you solve these challenges alone? You might not need help, but we put it here just in case. The number of moves is given at the beginning of the game and that you cannot change. You will find it similar to the rule in Crush Saga. With a limited number of moves, you have to consider carefully how to spend it.

Because it’s not “arrange to make a picture,” but coordination between hands and eyes, that will be a game with a clear strategy planned in mind. You might have to take several drafts before getting the first star.

Hints and bonuses are on the way. As long as you performed well at the last levels, you saved yourself some bonuses like extra moves. Hints are limited and only for the time when you’re stuck.

There are four modes of the game with different activities. The classic one happens with mere moves and a ball. But the Star Mode includes stars in the tunnels where you can lead the ball through and get them. Moving mode provides a crazy ball that disturbs your strategy. The most challenging mode must be a rotation that requires you to make the best plan, not just an average. You can reach the next level only by getting through the last level. Don’t leap.

Among the choices of modes, you can opt for the number of players. The game is now opened for combat among multiple players. Send your friends messages to join the game.

There are not many rules to play this game except for the goal. What you need to do is spend time and enjoy it.

They set no time limit and no fixed number of replays. The only prize at every level is stars. Try to get a maximum of 3 stars by making smart moves.

We recommend installing this game on all your mobile devices if you suddenly want to play. All your record is transferable among tablets, laptops, and mobiles as you have your account.

The hectic day after work may leave you with no space for critical thinking, so why not a more straightforward game? Sand Balls will work. There are no rules and no time limits on this game, and even no strategies are needed. Sand Balls asks you to collect colorful balls to a more fun place than you ever expected. You might need to make a prediction or planning to win the route. Generally, it’s still a great way to kill time.

Roll the Ball Mod APK should be on your mobile phone now as it is so much fun. It’s interesting to have a challenging game that you need to play with all of your minds. However, it’s necessary to have such a no-brainer like Roll the Ball.