Along with the development of the RPG game series, manufacturers are trying to create RPG games with terrible graphics but manga style. The online RPG Toram game is a successful product of Japanese game developer Asobimo. This is also the boss of two popular online games – Avabel Online and Toram Online. If you are very interested in role-playing games like this, let me explore Iruna Online through the review below.

Mobile is becoming a fertile ground for online game developers. Large scale, abundant content, advanced graphics, and gameplay are increasingly reaching the PC / Console level, which is a piece of fantastic evidence for this. Game developer from the country of Cherry Blossom – Asobimo Inc also is considered the name that strongly promotes that development journey.

Referring to Asobimo, it is probably not too strange because this is the leading developer from Japan, which is known by most Vietnamese gamers thanks to attractive mobile games such as Avabel Online or Izanagi Online. It can be seen that these are mostly MMORPGs. Thereby, Asobimo is increasingly asserting its position in this genre.

After a period of testing and receiving a positive response from the home gaming community, Asobimo recently took the next step to bring its latest blockbuster to players in Asia under the session. This new face is called Iruna Online. And gamers who own mobile devices using Android and iOS operating systems can download and experience the game.

Accordingly, I also experienced Iruna Online for a short time to get detailed reviews about the aspects of the game. Hopefully, through this article, readers will get a clearer view of Iruna Online. Through the experience in this review, I hope you can easily take part in the game more quickly.

Iruna Online gives players space hundreds of years ago. The surface of the earth was being separated under a terrible flood. The gods realized that it should rush to the disaster land to renovate. How sadly, before their efforts, the world is still only a patchwork after being destroyed.

Since the nations were destroyed by that great flood, people in the world are also separated into four races. There are discrimination and contempt for each other.

Players taking part in the game will meet many characters and gradually discover the plot of the game by experiencing adventures. At the same time, you also face the mysteries of the underworld. By playing your own way, you will write your own legend in Iruna Online.

Freedom will be the first gift that Iruna Online sends to the player. There, you are no longer limited by any career or warrior class, ignoring all the restrictive options that must then accompany it throughout the game.

For close-range combat between countless enemies or howling long distance with storms of arrows, players only need to change back and forth between the sword or staff at will.

All just a gentle move, all with just a change, does not waste time. Besides the vastness and scale of a real MMORPG, Iruna Online also brings rich content for the community to enjoy.

Mysterious areas, abandoned temples, long missions with many attractive rewards, will wait for you to explore and enjoy. Not only that, but Iruna Online also allows the gaming community to interact with each other anytime, anywhere.

You can join from chatting, trading, exchanging, or “party” to fight, but all can also take place in the middle of the village, desert, or on a hot battlefield.

In order for gamers to express themselves, making their characters unique, Iruna Online brings 50 billion distinct combinations of costumes and armor. All of which brings us to the matrix of unlimited change.

The immense level of content of such games promises to lead us to moments of immersion and true integration into the world of Iruna Online. 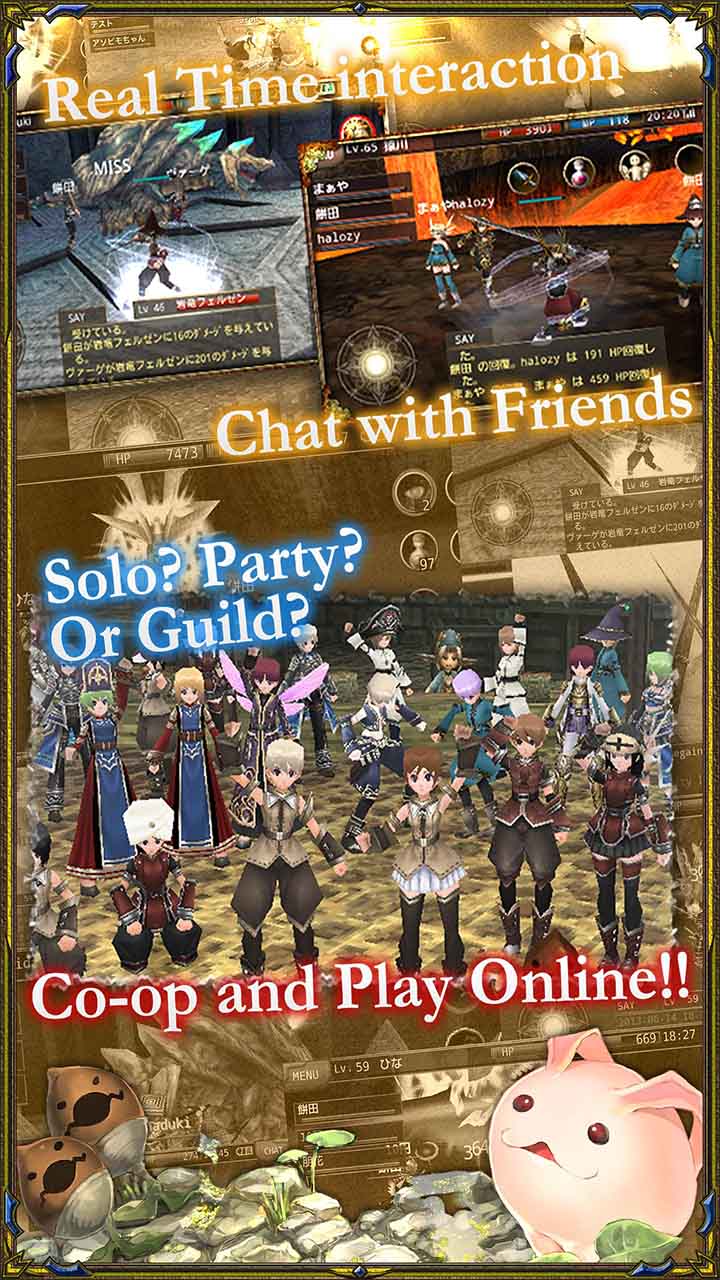 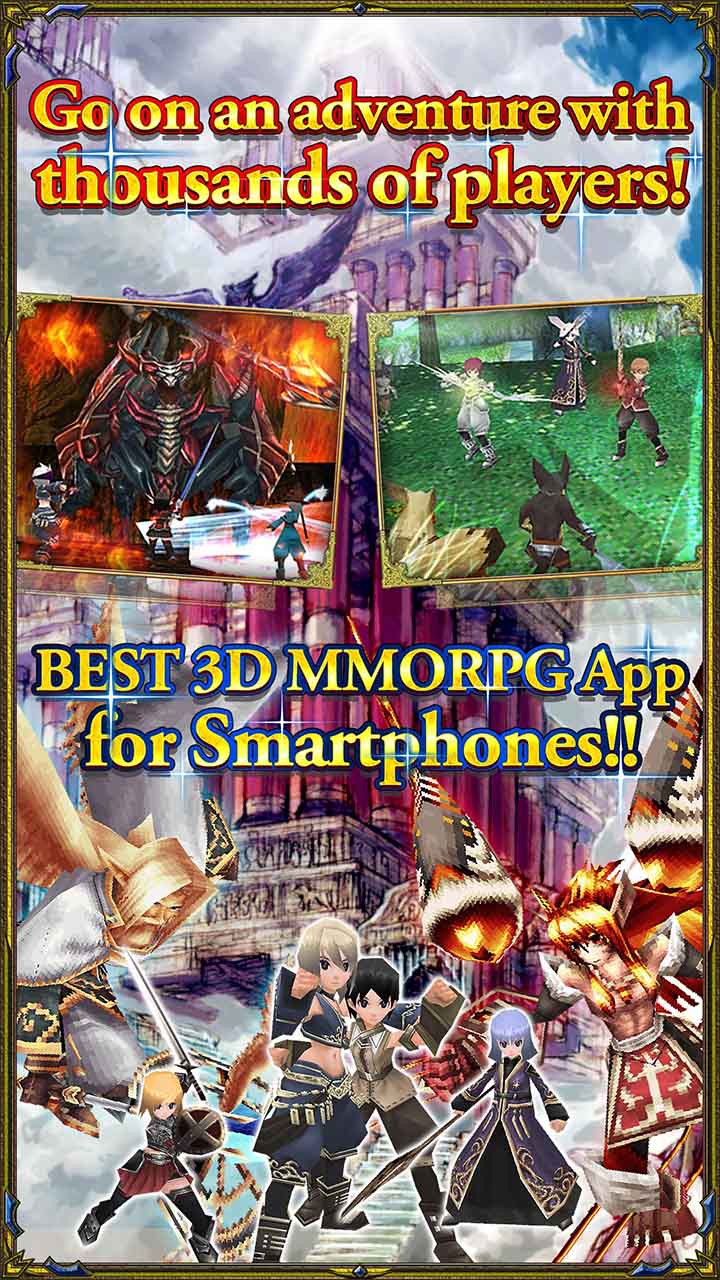 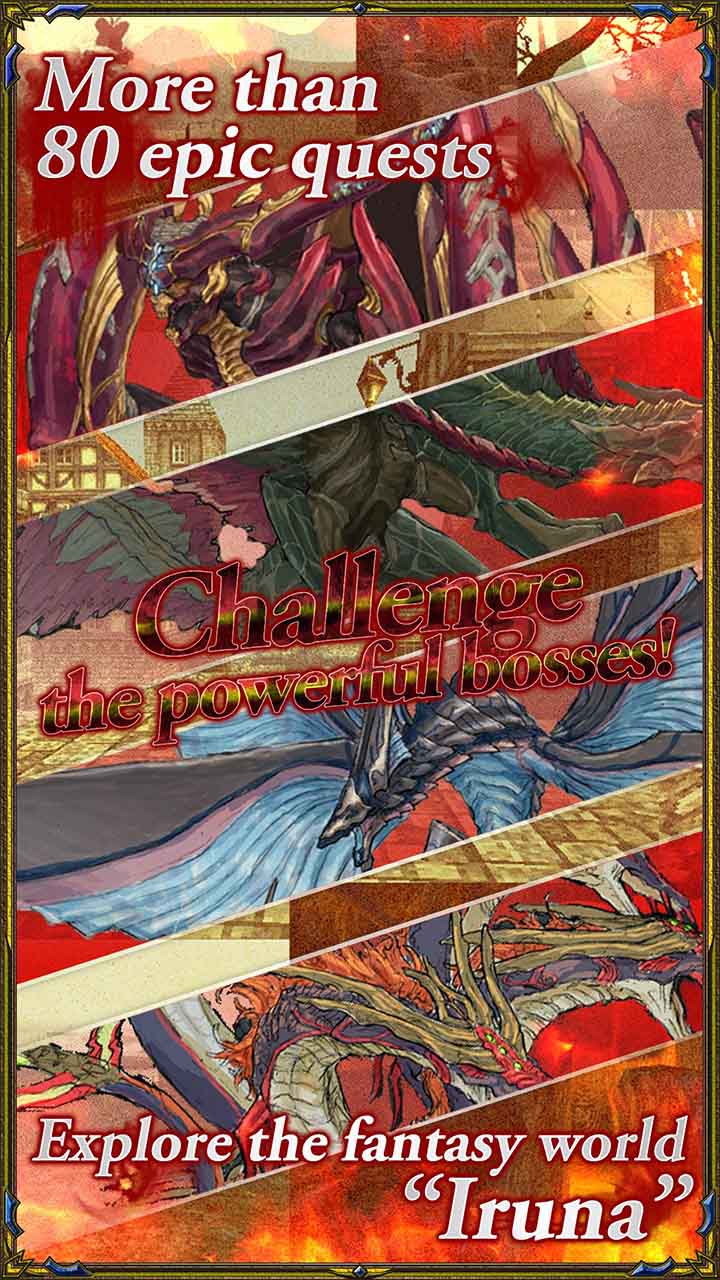 The world in the game is massive, with carefully cared for every detail. The buildings are massive and primarily invested. Anime-style characters are impressive. Not only that, but Iruna Online is also attracted by notable features such as:

When taking part in Iruna Online, players can explore with the character with the mystery behind each mission. In short, Iruna Online gives players the feeling of being unlimited creative and free.

You are not restricted by any class. If you want to fight close-range or make long-range attacks with storms, players only need to switch between sword items, staff, bows, or gloves of your choice. With just a few simple actions, all of your attacks will change, spending no time at all.

Along with your thinking, you will complete the tasks in the game. The missions in the game are diverse, waiting for you to explore. Players will have many adventures through many lands, different terrains, then fight hard monsters and bosses to open all the mysterious veils of Iruna Online gradually.

It is undeniable that the most outstanding feature in Iruna Online is the graphics. The game provides players with 3D images with high definition and vivid, not inferior to blockbuster online games on PC.

Since the beginning of the game, the graphic elaboration has also been clear when Iruna Online allows players to customize their characters through 4 steps. Specifically, gamers can customize their characters from height, skin color, gender to hairstyle, eye color, eye style, facial expression. Especially about hair, players can customize very detailed from the roof, tail length to hair color.

As a result, players will combine these elements to create a unique character for their characters. According to statistics, up to 30 billion distinct characters will be created thanks to this detailed customization, and it will be challenging to have two characters alike.

Additionally, Iruna Online also allows the character to change the costume displayed depending on the equipment being worn on people, including shirts, weapons, shields, accessories, and jewelry.

With a good deal of different equipment combined with character customization, Iruna Online provides players with over 50 billion distinct characters, which is an impressive figure for a mobile game product.

Right from the worldview of Iruna Online players can see the great graphics in the game. The authentic scene will overwhelm gamers taking part in the game.

Say no exaggeration when the player besides controlling the character, each step into a new map, will be a tour of the landscapes in the vast world of Iruna Online.

The landscape here really feels overwhelming for gamers when the shadow effect is handled by the development staff of Asobimo accurately.

Besides, for areas with complex terrain such as inside tunnels, architectural buildings, mountainous areas also possess different low altitudes and separate paths. Sometimes, for medium height terrain, players can also jump down without going around.

Not only natural landscapes, but the works in Iruna Online also impressed the players by not only owning a large-scale space but also bearing European architecture in the Middle Ages.

The buildings in the major cities in the game are characterized by ornate patterns, giving a beautiful yet artistic look.

Although the character is created in an anime style, putting in the game’s space does not bring the feeling of being out of place. Not only characters, monsters, or bosses also beautifully designed with different sizes depending on the strength, promising to bring the giant boss the conquest phase.

The graphic details in Iruna Online are designed quite uniformly and are linked into a very vivid and beautiful picture block depicting the world with exciting adventures.

To display features, Iruna Online has reasonably arranged to give players the maximum space on the touch screen – the essential thing in the MMORPG.

This helps gamers when experience Iruna Online can manipulate most comfortably on their touch screen, even with mid-sized smartphones

In Iruna Online, gamers can customize the HUD on the touch screen by selecting and creating shortcuts to take out. Besides, the game also offers players two ways to change the camera’s rotation angle is to swipe the screen to rotate slowly or swipe the map in the lower right corner to rotate quickly.

Not only that, but the skill effects in Iruna Online are also quite beautifully designed and partly help the drastic phase of the guillotine to be pushed up.

Despite being an MMORPG, Iruna Online has no gore or violent scenes, so the game is suitable for all ages.

However, nothing can be absolutely perfect, and Iruna Online is no exception. Graphic strengths of Iruna Online also partly become disadvantages when players set foot in places crowded with other gamers.

Signs will appear to feel quite uncomfortable or cause loss of time when transitioning.

Besides, in the dialogues in the mission, the movements of the characters are not really smooth. In some cases, even though walking, the character still turns around in a rigid manner.

Along with the graphics, Iruna Online’s sound system also does not appear to be inferior for giving gamers deep soundtracks from cheerful chatter, clear to rhythmic melodies, thrilling.

Every land the player lands in Iruna Online has its own soundtrack. It can be seen that Iruna Online is very carefully invested with an enormous amount of resources.

In addition, every gesture of the character is integrated with detailed sounds such as footsteps, skill effects, physical effects.

However, the dialogue in Iruna Online lacks authenticity when there is no sound of the characters. This also does not affect the player’s experience much.

Iruna Online is a real MMORPG when the main task of the player in the game is to explore with the characters behind each mission. “Freedom” is the best word to describe the gameplay in this fascinating game.

In Iruna Online, players will not be limited by any career or class, ignoring all the restrictive choices that must accompany the character throughout the game. If you want to launch a close-range between many enemies or long-range bombardment with rainstorms, you need only change back and forth between swords, staff, bow, or gloves at will. With a simple operation, all attacks will change without wasting gamers’ time.

Iruna Online makes players quite surprised when not like other mobile games of the same genre previously released. This game allows gamers to freely increase their potential points to their liking through 5 indices: Str, Dex, Vit, Agi, and Int. Depending on their own taste and thinking, players will calculate to allocate potential points to the index reasonably. These indicators will directly affect the character building of gamers.

Along with his character, the main job of the player in Iruna Online is to complete the task. The mission system of the game is diverse when bringing in distinct forms, from the meeting, dialogue to finding objects, places, fighting monsters. The entire content of Iruna Online is shown through this massive mission system. Players will set foot in many lands, overcome a series of difficult monsters and bosses to explore the world of Iruna Online full of mysteries.

MMORPG gameplay has appeared in the game market for a long time with many outstanding games like RPG Asdivine Kamura or Captain Tsubasa. With exceptional 3D graphics and classic MMORPG gameplay, Iruna Online Mod APK has affirmed the appeal of its lifelike, realistic images.

Besides, it can be seen that freedom is the greatest thing that the game gives players. Along with rich content, the adventure element discovered in Iruna Online is the advantage that attracts gamers. The current games have repeated themes, lack of novelty that just focuses on playing made the players too bored.

With the classic RPG gameplay, the Iruna Online RPG title has affirmed its position in the cult series. Join this fantasy world and experience exciting things today!