Basketball Club Story is a new online mobile game with endless fun. The game screen is exquisite, comforting people and particularly relaxing. This interesting game occupies a space of 55.8MB. And do not worry about viruses when downloading.

It is a domestic mini-game with the version number of v1.2.3. This game is suitable for a wide range of people. And the game operation is very simple that even the game novice can overcome. The games brought are all the latest versions. Pay attention to our website, update the latest games every day, and you can download and experience for free. How to Play Basketball Club Story?

The major task is building your world-class basketball team. Specialize in a skill? Is it a jack of all trades? Or is it somewhere in between? You must create your basketball team, recruit a group of crazy players, and compete with other teams. You will guide them to victory.

Also, build facilities for your clubhouse for your players and visitors. Mix, match, and place them at will. Sign a contract with a sponsor to get considerable financial support. Then, cultivate them with other teams to get more rewards. Do not forget to connect with local fans through community promotion. The more they know about basketball, the more enthusiastic they will become.

With the help of your players, sponsors, and spectators, you will create the best basketball team in the world. We store all game progress on your device. After deleting or reinstalling the app, it cannot restore the saved data. It does not support transferring data to another device.

The game enhances the facilities of the clubhouse so that players and customers can enjoy it. You can place it freely. So, it is up to you to decide how to arrange it. If you know the fun of basketball, it may become a booster for passionate fans.

Not confined in the 5v5 mode, but now Basketball Club Story allows you to take part in 3v3, 2v2, or even 1v1 matches. The challenge allows retaliation against those who inhibit you. The downside is that we cannot know the character or the position of a teammate before the start of the match unless playing with you. It will reduce the tactics of Basketball Club Story.

A match in Basketball Club Story was short. It is only about three minutes. With the fast pace of the game, steals, moves, and pitches took place continuously. It makes the game very exciting, especially in the last seconds. The individual skill and experience of the player is the most important thing. However, we still see that Basketball Club Story has an influential factor of chance.

Most times, the player approaches are close to the basket. But it still misses or is stunned when thrown from the river to the end of the river. Successfully, this results in a slight inhibition for many gamers.

The control mechanism and physical interaction between characters, especially with the ball. It is what makes Basketball Club Story underestimated when it makes it difficult to practice the personal skills and reflexes. It also leads to the fact that the ball, once in the hands of someone, is difficult to be robbed. So, gamers often prefer to play individually rather than realize the benefits of passing the ball and coordinating with teammates.

A match is sometimes quite confusing. Sometimes all six players gather around and frantically stick their hands on the snatch button. Now, it feels like playing some mouse-smashing game for children from five to six years old. 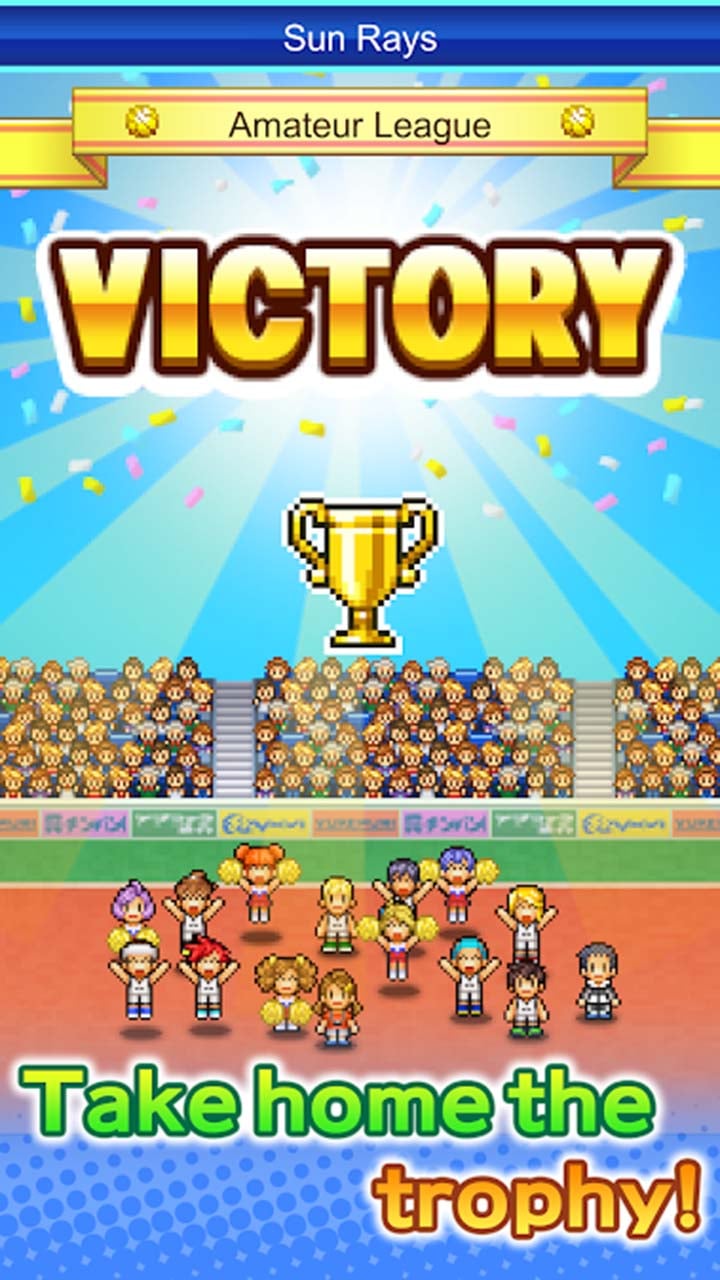 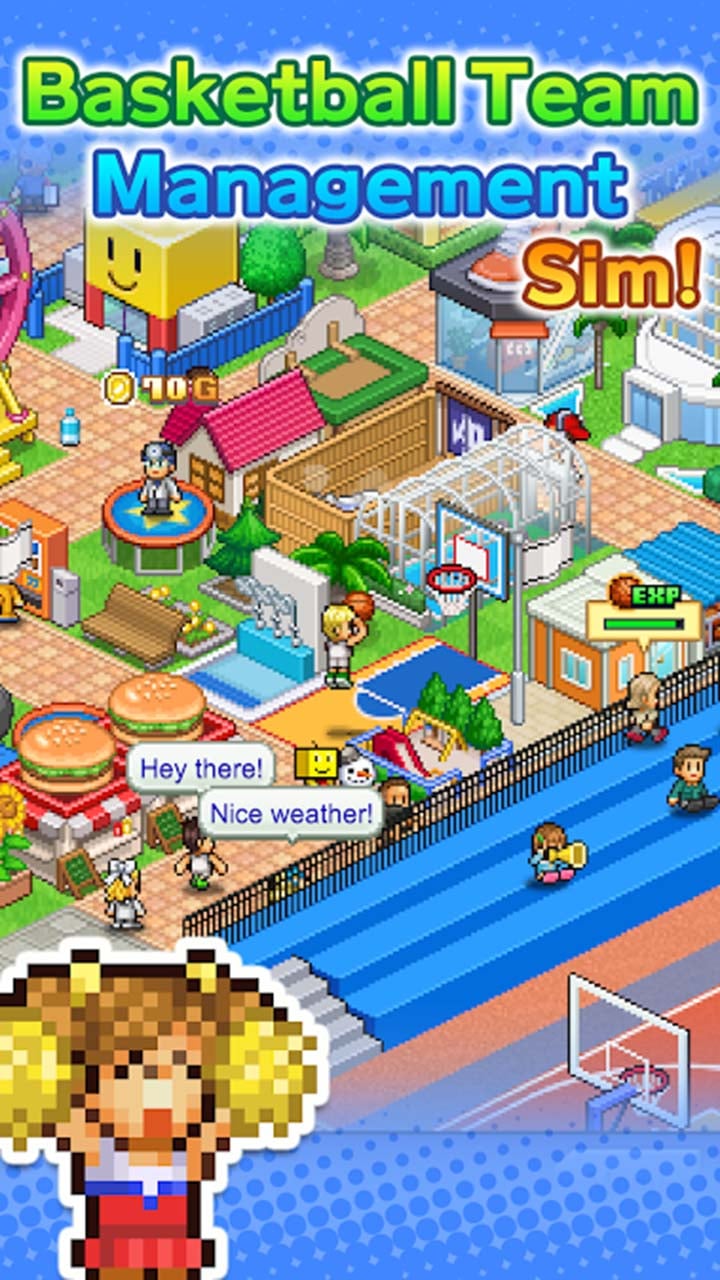 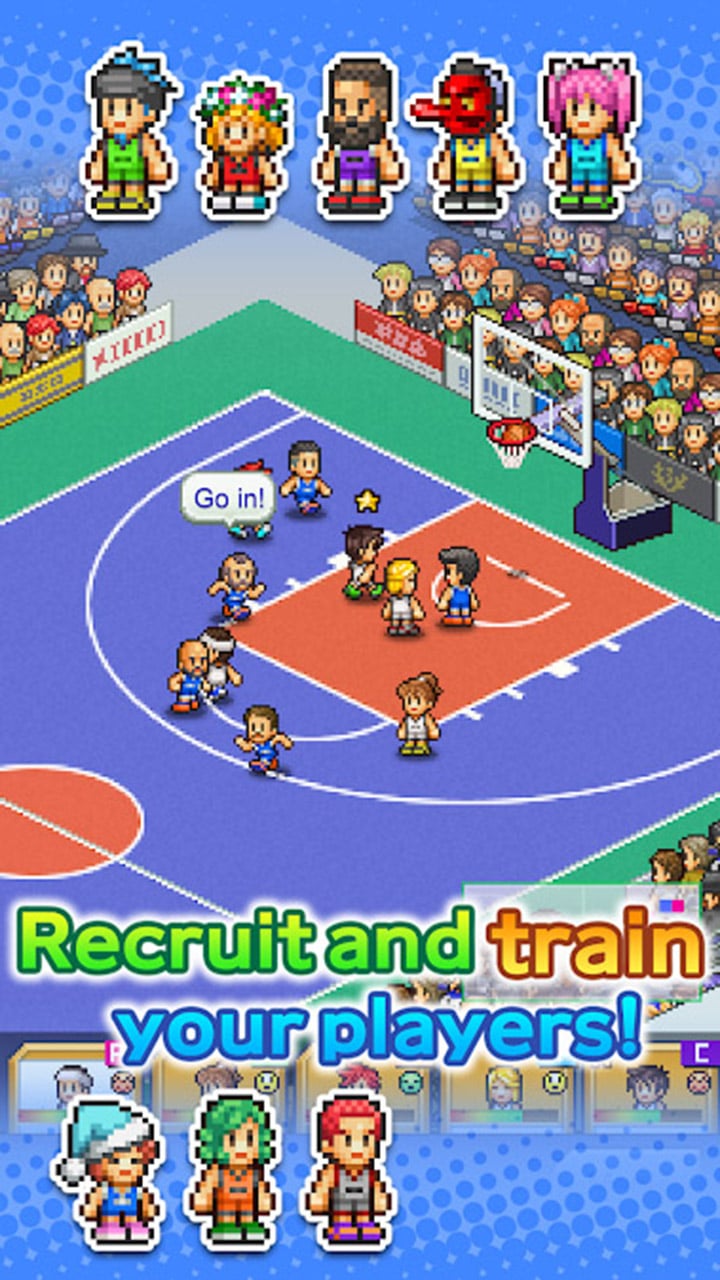 The graphics of Basketball Club Story are nice and standard. The characters with street style, wearing street style outfits, chains, or snap-back hats of the B-boys. They paint the walls with cool graffiti. Overall, it gives us a very professional feeling. The 2D graphic background makes the whole game look like graffiti contributing to the moral effect of the street basketball style that Basketball Club Story wants to bring. A match took place lively with the audience around. But sadly, it seemed crowded. They copied just a few people from place to place.

Characters in Basketball Club Story have a variety of costumes and jewelry. Although they are ineffective in the game, it is something for gamers to show their class when wearing outfits. The field and the surrounding environment are constantly changing is a big plus to help the game’s image always be fresh and attractive.

World Cruise Story is about a luxury cruise ship comparable to the Titanic. You will build everything in it. Arranging the location of various facilities reasonably and communicating with passengers on the cruise ship will get a higher score. When enough popularity is gathered, it will attract many celebrities to come to enjoy it.

In the Cairo family, Pixel Wind cannot avoid recent discussions. This game continues the company’s usual tradition of taking the pixel style route. With Pixel style cartoon style, the colors are dazzling. Although it is pixel style, the game screen is not monotonous but pays great attention to details.

The little fish jumping happily, the waves aroused by the cruise ship, the flowers, and plants that decorate the cruise ship. They also divide the game into two scenes, night and day. In different scenes, the picture is different. The sun is shining during the day. People come and go on the deck. The picture becomes dim after nightfall. And the cruise ship is silent.

Although the characters are all pixel villains, they have original styles and various distributions, including older ones, younger ones, some with long fluttering hair, some with neat short hair, and different clothes. The very detailed performance makes the player not feel bored after watching it for a while.

Basketball Club Story MOD APK always gives us a sense of satisfaction and excitement with the divine Slam Dunk plays when they beautifully combine slow-motion effects with dynamic sound. But throwing a basket or celebration is quite normal and nothing special. Basketball Club Story reminds us of a similar VTC game that appeared a long time ago called Basketball King.